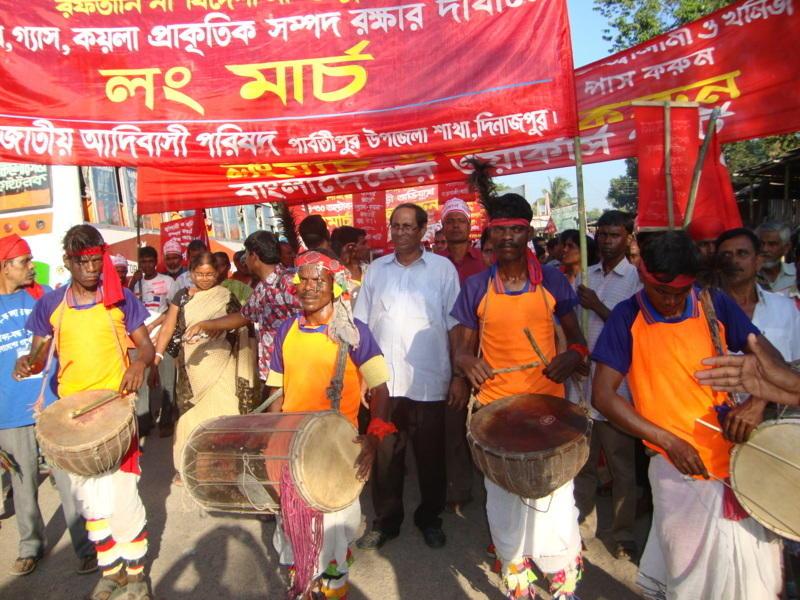 In a protest to defend the natural resources of Bangladesh on December 29th, more than 35 people were left injured after police confronted the activists with batons and tear gas. The demonstration aimed to pressure the Bangladesh Ministry of Power and Energy to accept a set of seven demands, including the cancellation of concessions to build the Phulbari open-pit coal mine as well the eviction of GCM Resources, the London-based mining company currently financing the Phulbari project.  The confrontation began when the protesters  tried to break through a barrier to approach the Ministry building.

The march was organized by the National Committee to Protect Oil, Gas, Mineral Resources, Power and Ports, an umbrella organization that has taken on a number of environmental issues within the country. Among their current proposals are a bill that would ban export of mineral resources and cancellation of a deal with ConocoPhillips for oil and gas exploration in the Bay of Bengal.  Leaders of the committee have decried the Ministry of Power and Energy as “serving foreign companies at the cost of national interests.”

Support Indigenous activists in Bangladesh in their efforts to halt construction of the Phulbari coal mine by sending letters and emails to the prime minister here.