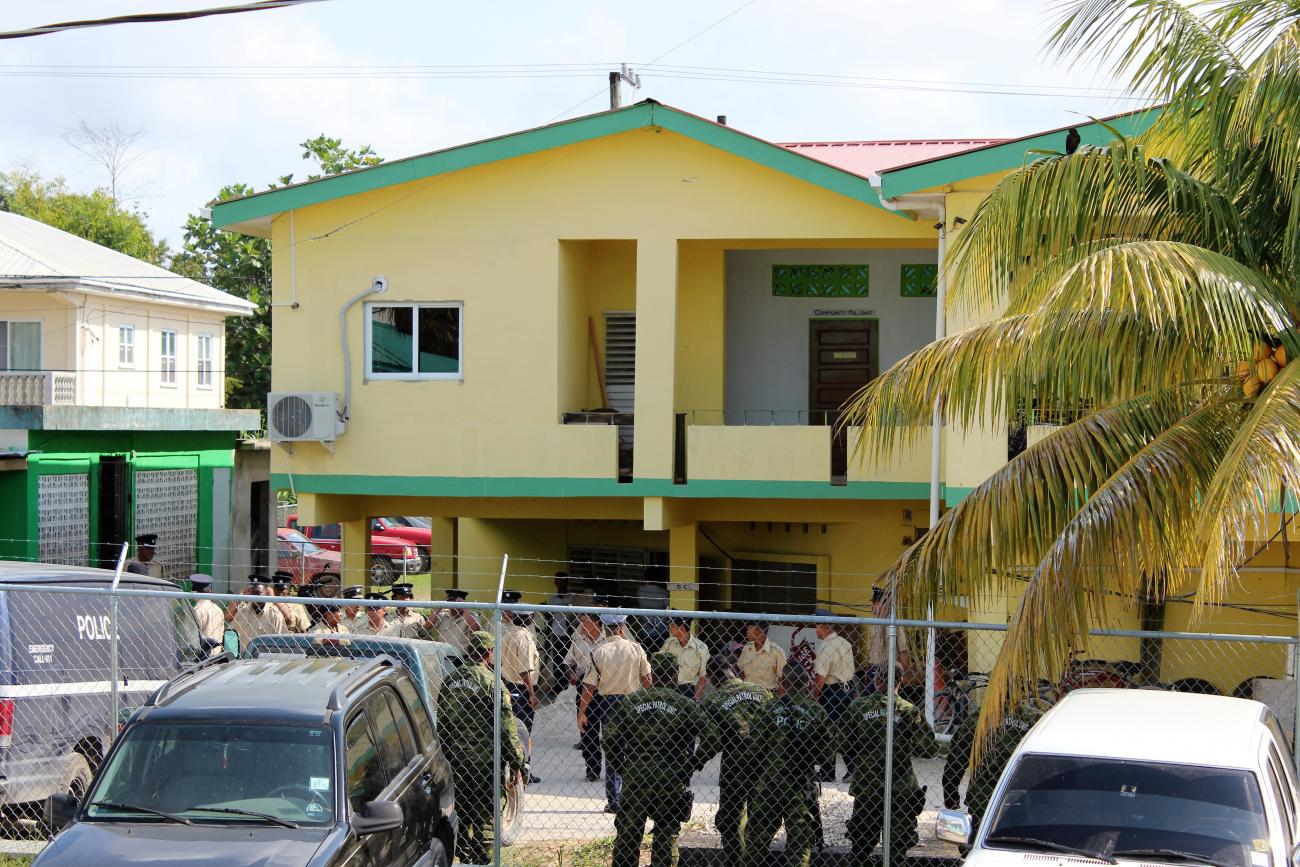 In Punta Gorda, Belize, charges of assault against two of thirteen Maya leaders were dropped on April 1, 2016, during a hearing for members of the Maya Leaders Alliance (MLA) on charges that were brought against them 10 months ago.

Local police assembled about 20 of its officers next to the Punta Gorda courthouse just before the hearing began. A number of military police were also present, armed with rifles, tear gas, and riot shields. The police barred international observers from entering the courtroom. Inside the courtroom, when pressed on this issue, the Magistrate stated that it was a public trial and that no observers should be denied entry, yet the court police continued to refuse international observers entrance.

The Maya leaders’ alleged crime relates to the defense of the Uxbenka archaeological site, a sacred site to the Maya people, located within traditional lands titled to the Maya people under domestic and international laws. The disputed conflict arose after Mr. Rupert Myles, a Belizean citizen, illegally constructed a house on the grounds of the ancient temple against the advise of the community. According to Maya community members, the Belize authorities failed to respond to their call to stop Mr. Myles from doing further harm to the site. The community explained that Mr. Myles attended a community meeting to resolve the conflict where he became unruly, causing village police to detain him. However, Myles later accused the Mayas of physically assaulting him at the community meeting, a claim the Maya leaders strongly deny.

The police’s show of force at yesterday’s hearing is not a new development to the case.

On June 24th 2015, in a pre-dawn raid, several truckloads of militarized police officers stormed the homes of Santa Cruz villagers and arrested 12 villagers. They later arrested Christina Coc, spokesperson for the MLA. These excessive tactics continued as court police searched many of the Maya villagers before allowing them to enter the courtroom, but did not search the Plaintiff or the Prosecution.

The case is now adjourned until May 9th, at which time the trial will be held for five consecutive days until May 13th. The Chief Magistrate has been appointed as the new judge of the case and the Director of Public Prosecution (DPP) now leads the Prosecution.