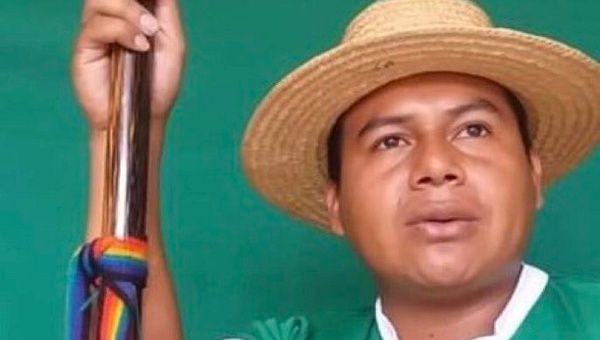 Indigenous communities in Colombia are continuing to suffer an accelerating wave of violence as murders against social leaders carry on un-checked. Last year, 164 community organizers and human rights defenders were assassinated, making 2018 the bloodiest year on record. The trend only appears to be getting worse; already, nine leaders have lost their lives during the first two weeks of the new year. Despite mass popular outcry using the hashtag #NosEstanMatando (#TheyAreKillingUs), the right-wing government of Iván Duque, in office as of July, has done little to intervene.

Communities in the southwestern state of Cauca have seen the worst of the killings— 54 in 2018, the highest number of any state in the country. The region has always been a hot zone of Colombia’s half century of armed conflict, but it is also the site of the largest and strongest Indigenous movement, the Regional Indigenous Council of Cauca (CRIC). Formed in 1974, their advanced community organizing has successfully recovered hundreds of thousands of hectares of ancestral land and broken international ground for Indigenous rights. For leaders in Cauca, the latest pattern of sweeping murders belongs to a long trajectory of systematic, violent opposition to their collective resistance. 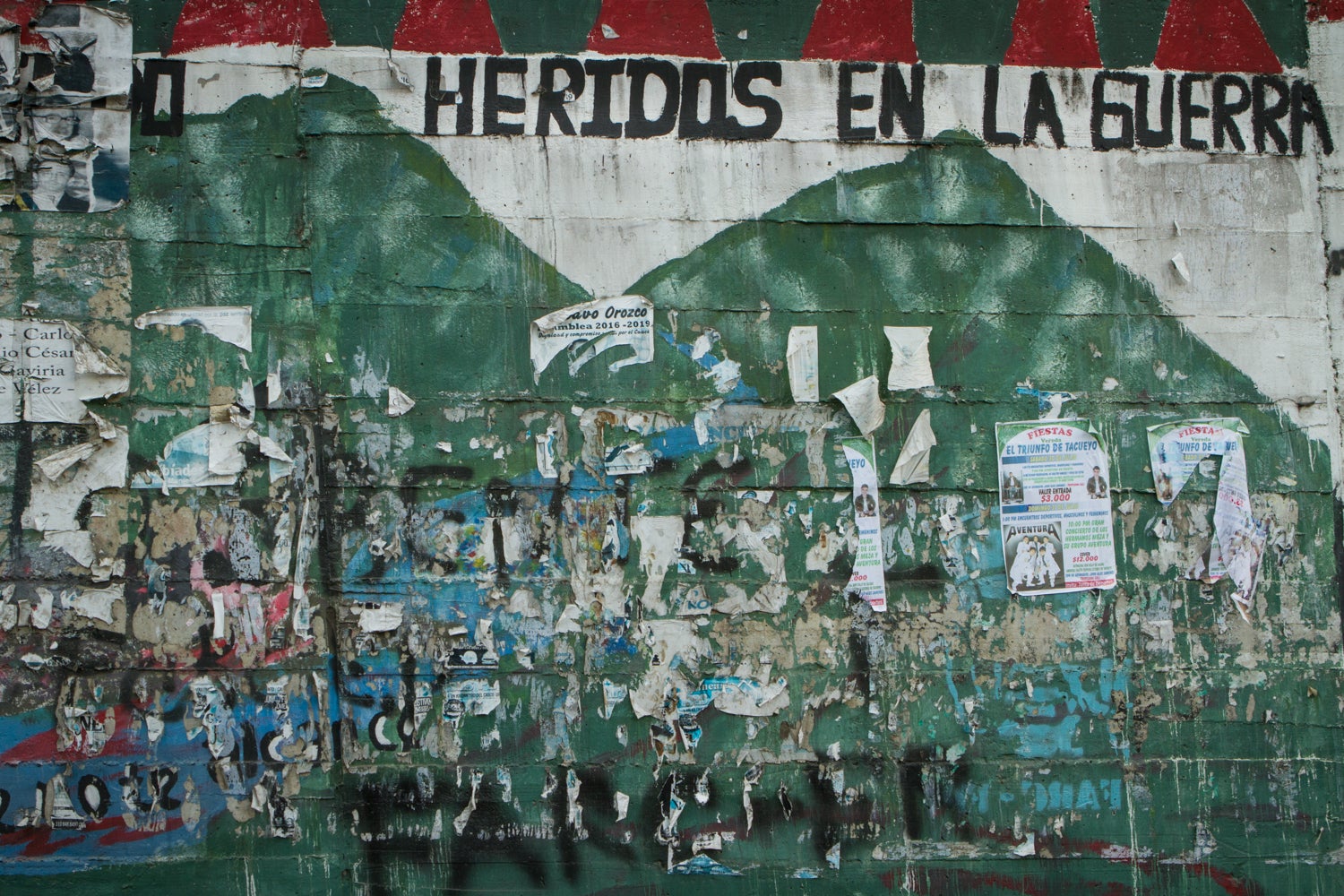 Most murders have happened in the northern corridor of the department where the Indigenous movement has the greatest power. Armed networks have proliferated through the area, in part as a result of Colombia’s 2016 peace agreement with the Revolutionary Armed Forces of Colombia, or FARC. Factions that broke away from the peace process formed their own guerrilla groups while emboldened paramilitaries swept into the region to block implementation. The majority of the assassinations in the north of Cauca can be traced to these paramilitary groups, which have explicitly declared their objective of taking out Indigenous leadership. Around Christmas, the Aguilas Negras, or Black Eagles distributed pamphlets in the region placing a bounty of five million pesos, around $1,700, for any Indigenous governors and around $1,000 for any member of the unarmed Indigenous defense force, the Guardia Indígena. 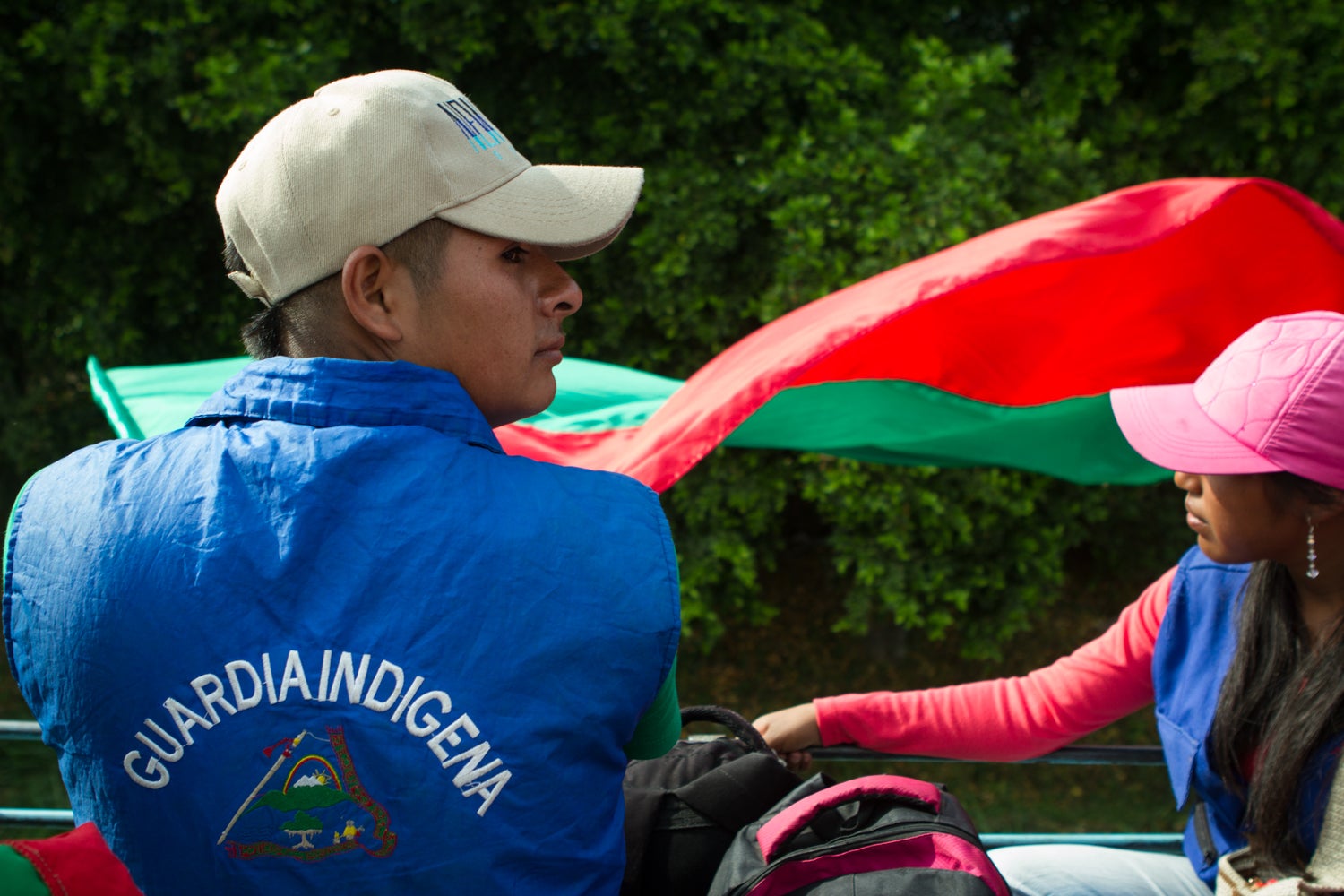 On January 11, Rubén Velasco, the governor of the Indigenous reserve of Tacueyó, suffered a spray of gunfire as he exited his house, only surviving because he wears a bullet-proof vest under his clothing at all times. During the following weeks, he has narrowly survived another two assassination attempts. The incidents have sent a fresh shudder of fear through communities in the north, who remain traumatized from other recent killings. Just a week before the first attempt at Velasco’s life, a different Indigenous governor, Edwin Dagua Ipía (pictured in top photo), was murdered in broad daylight. His death belonged to the bloodiest week of the year in the area, when ten leaders were killed in a period of just eight days. Thousands of people attended Dagua’s funeral, or “siembra,” “planting,” as Nasa people call it.

Foreign leaders have publicly decried the uninterrupted violence. In July, 2018, the head of the UN mission in Colombia spoke out about the killings during an interview with W Radio. His response followed the publication of a report by several organizations, including the European Center for Human and Constitutional Rights, that revealed the systematic failures of the Colombian government to offer protection. Despite this international condemnation, however, most efforts to stop the murders have fallen on local organizing without robust financial support or state resources. The Indigenous movement in Cauca has declared its commitment to continue pushing against the forces of violence as it has done for decades. 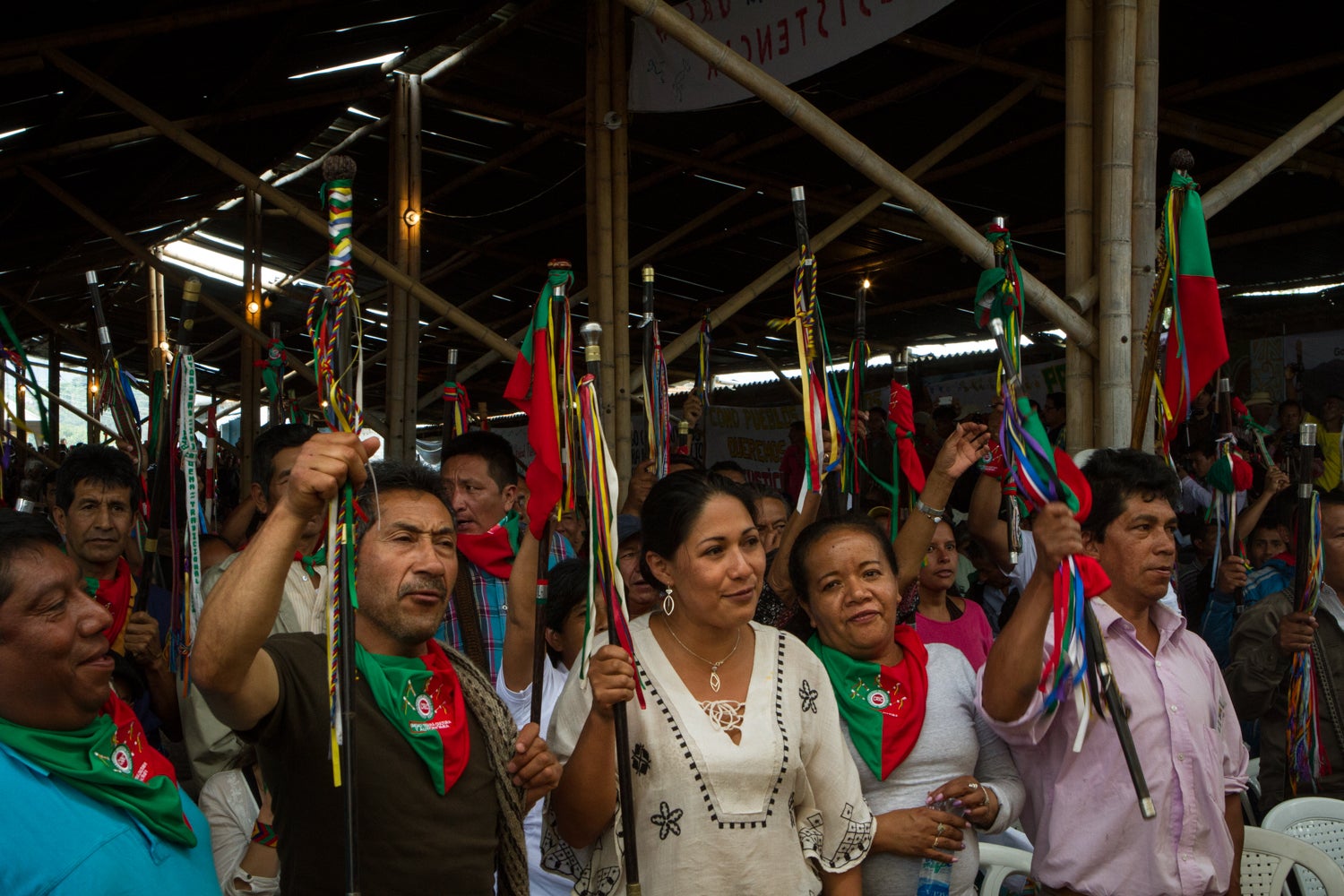 They published the following  statement in December, "We reject armed groups, who don’t understand that our thinking is the seed of life and harmony, that we fight tirelessly against their systematic aggression, their extermination of words, of mother earth. We invite all of those combatants who stubbornly stay on the path of war to plant real peace from their hearts so that alongside our process, we can construct hope for a new world. Given the incapacities of official institutions, we will secure our autonomy of territorial government, of human rights and of peace, with the objective of continuing to weave our dream of WËT WËT FXI’ZENXI (living well) for the whole Colombian Nation."

--Hanna Wallis is a journalist and filmmaker focused on Indigenous issues in Latin America. She is currently directing a documentary about the Guardia Indígena, a nonviolent community defense force in Cauca, Colombia.