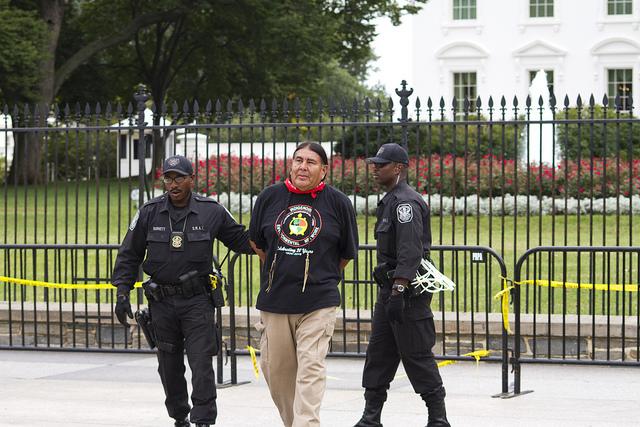 Cultural Survival joins Native American and First Nations peoples and environmental organizations in calling on President Obama to reject a proposal to build the Keystone XL Pipeline that would carry crude oil from the Tar Sands of Alberta, Canada, across the United States to the Gulf Coast. The UN Special Rapporteur on Indigenous Peoples’ Rights reported that TransCanada Corporation obtained permission from the Alberta Utilities Commission to build the pipeline without first obtaining the consent of the Lubicon Lake Nation, whose lands, natural resources, and public health would be affected by the project.

The Indigenous Environmental Network charges that the project’s Environmental Impact Study did not adequately consider potential damage to American Indian Tribes and Tribal members in Montana, South Dakota, Nebraska, Kansas, Oklahoma, and Texas, whose water aquifers, water ways, cultural sites, agricultural lands, animal life, public drinking water sources and other vital resources could be damaged by the project. Indigenous peoples and organizations from around the world, including Nobel Laureate Rigoberta Menchu, are protesting the pipeline, and many Native people have been arrested during the non-violent protests in Canada and the United States over the past several weeks.

Cultural Survival stands in solidarity with all those whose non-violent protests against the Tar Sands and the Keystone XL Pipeline put them at risk of arrest.

We encourage everyone to send emails to President Obama: http://act.350.org/signup/an-open-letter-to-president-obama

Thank you very much for joining Cultural Survival in this very important civic action.