THE WOMEN BEHIND BIODIVERSITY CONSERVATION AND CLIMATE CHANGE ADAPTATION 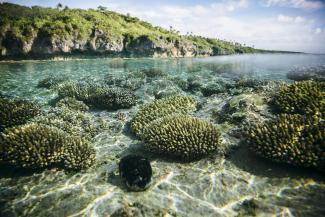 The Global Environment Facility Small Grants  Programme launched the global component of the  Indigenous Peoples Fellowship Initiative at the Climate Change Conference in Marrakesh, Morocco in November 2016 and at the Convention on Biological Diversity’s Conference of the Parties in Cancun, Mexico in December 2016. Four Indigenous women representing four regions were selected through a competitive process as the GEF Small Grants Programme’s first ever global fellows. These women are carrying out work in the areas of biodiversity conservation and climate change adaptation. The global fellowship aims to develop the capacity of Indigenous leaders by supporting their advocacy work on global environmental and sustainable development issues, and advancing the work of their communities, organizations, and networks at the national level. The initiative responds to a need expressed by Indigenous Peoples in consultation for higher level skills and capacity to better represent themselves in policy settings, as well as in development and financial planning dialogues. 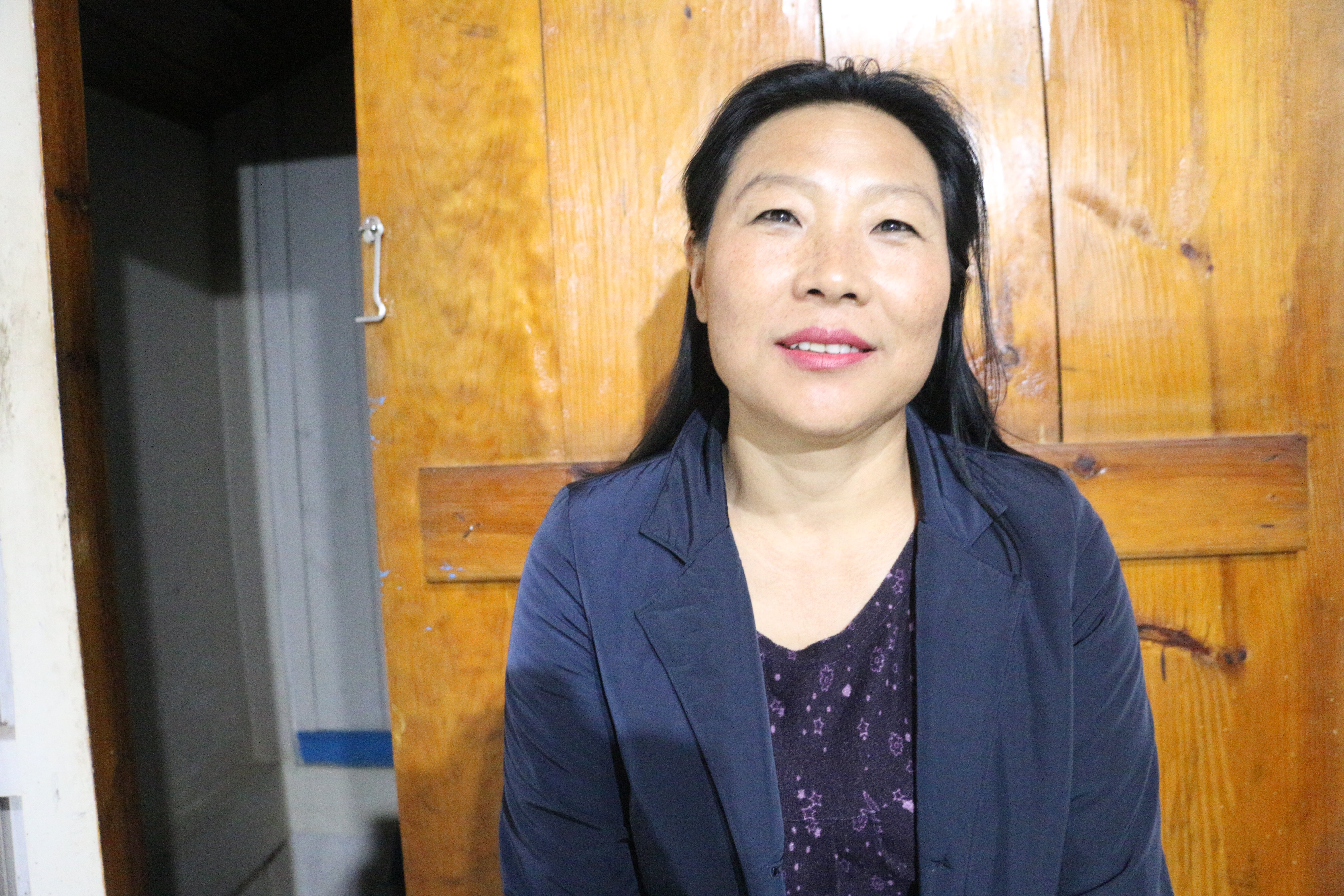 Thingreiphi “Athing” Lungharwo (Tangkhul Naga), Northeast India
I am a member of the Naga Women’s Union, made up of 21 Naga Tribes in Northeast India, and I am committed to work for people who struggle to live in peace and dignity. As a traditional knowledge holder, I focus on issues related to food security and gender, community natural resource management systems, biodiversity conservation, climate change adaptation, and resilience. I began my career as a natural resource management organizer and a project technical officer in India’s Northeastern Region Community Resource Management Project. I’ve also worked with the  Asia Indigenous Peoples Pact based in Thailand, and the   International Indigenous Forum on Biodiversity, a network of Indigenous Peoples that facilitates their full and effective participation at the Convention on Biological Diversity.

The focus of my fellowship is on biodiversity conservation and the contributions of traditional knowledge. As Indigenous women, we struggle to make our voices heard within our own communities. In most cases we are not represented in decision making bodies, and even less represented in natural resource management, even though we play important roles in biodiversity and traditional knowledge conservation, which is closely linked to Indigenous identity and culture. Through this fellowship I have built connections between local advocacy and global processes on biodiversity conservation and related issues. The fellowship gives me visibility and recognition, and has created an opportunity to collaborate with a national forum that works on sustainable mountain development, the Integrated Mountain Initiative. Through this platform, we are actively working with the State government in reviewing the State Action Plan on Climate Change Version II for integration of traditional knowledge.  I have also been mentoring youth in research and project management related to biodiversity conservation and environmental protection, and am monitoring the performance of elected representatives on safeguarding the interest and rights of Tribal people at the local level. 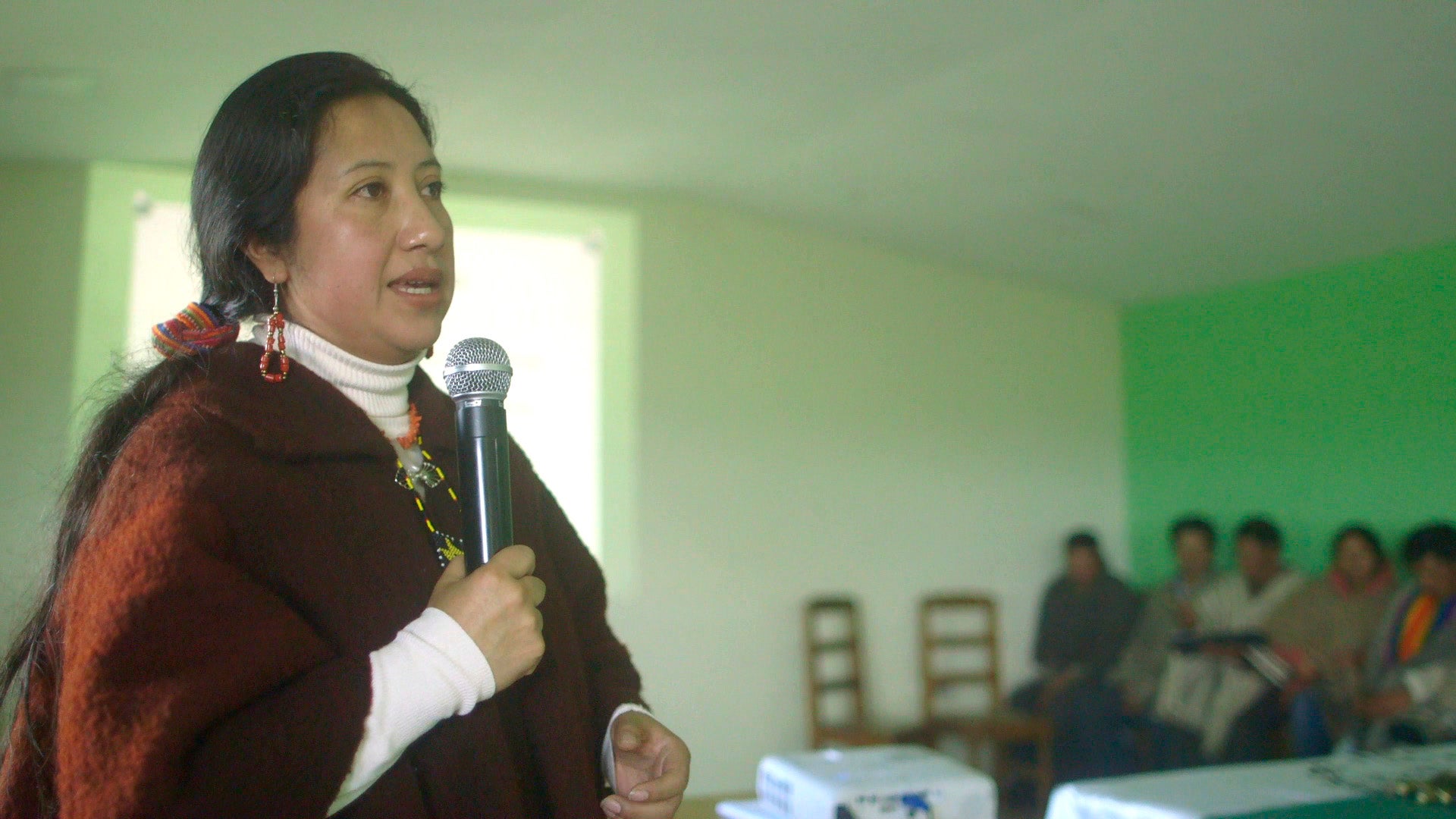 At the national level, the fellowship has enabled me to establish greater communication with these government delegations to discuss and analyze the key points of interest to Indigenous Peoples. At the regional and local levels, I have led and participated in workshops on biodiversity and traditional knowledge, climate change, and women’s issues, where the learning that has taken place is shared with Indigenous communities. These experiences have made me realize how important it is to share broadly and ensure Indigenous Peoples—especially Indigenous women—understand these issues, because there are so many processes that exist without women knowing, participating, or giving their consent. Strengthening work at the grassroots level is so important, which is what I plan to emphasize in my work moving forward. I also plan to observe the effectiveness of the protection measures discussed at the international and national levels when they are implemented. 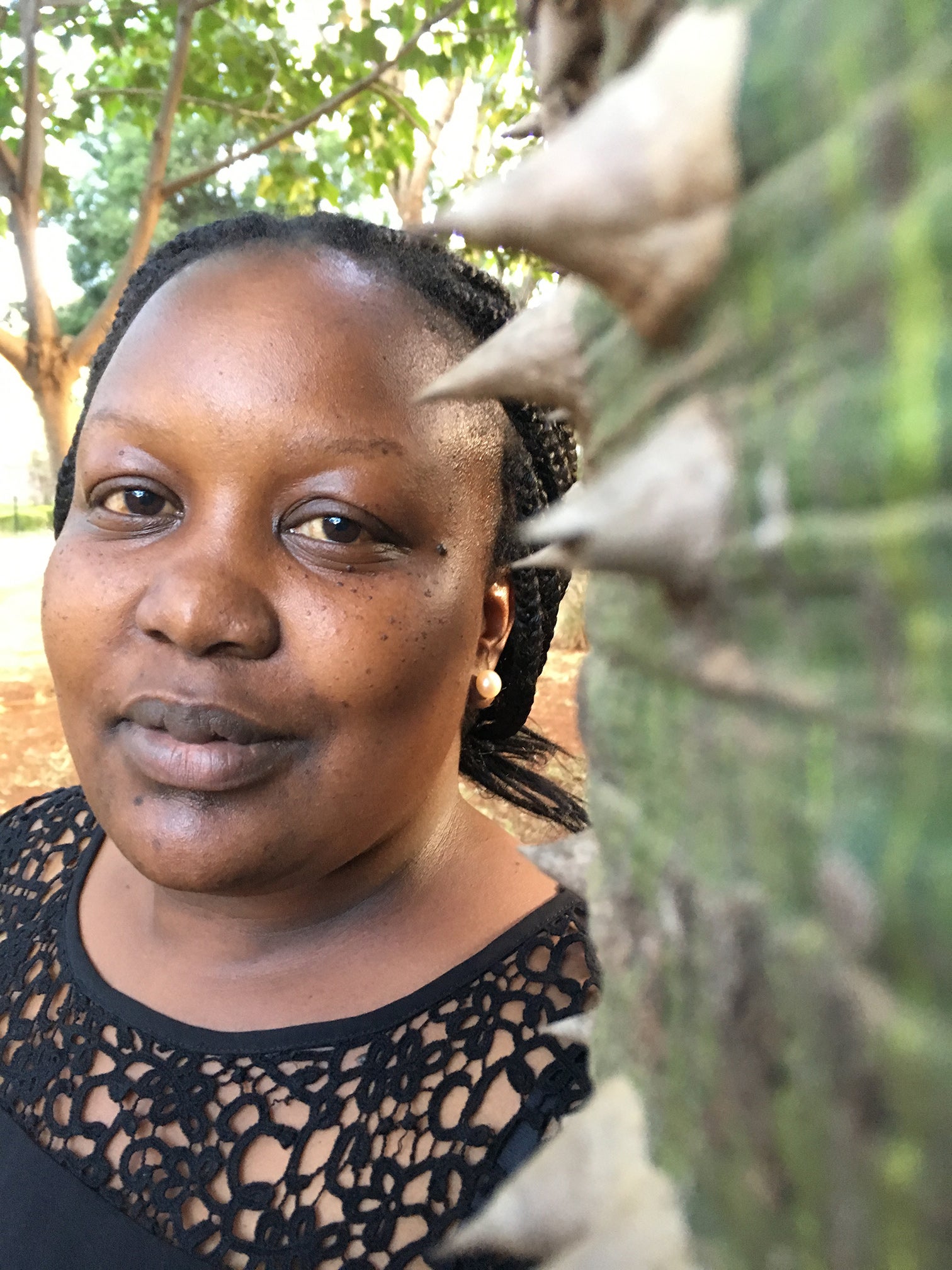 Edna Kaptoyo (Pokot), Kenya
I am a climate and gender justice advocate who is passionate about advocating for climate policies that respect Indigenous Peoples and women’s rights at national and international levels. My community, the Pokot people, practice agro-pastoralism. Over the years I have witnessed the adverse impacts of climate change like droughts and decreased fresh-water. I have also seen how communities are struggling to cope with these climate-related changes and how they are excluded from decision making. For the last 10 years I have been involved in defending environmental and Indigenous Peoples’ rights at the national level. I believe that people and nature are one; we cannot discuss one without the other.   As the executive secretary of the International Alliance of Indigenous and Tribal Peoples of the Tropical Forests, my role is to support members from different regions to advocate and promote Indigenous Peoples’ issues and rights at national, regional, and international policy arenas on climate change, biodiversity, and sustainable development.

The focus of my fellowship has been on Indigenous women and climate change. Engaging in national, regional, and international policy spaces and conference side events has enabled me to shape my understanding of the intersectionality of issues of human rights and environmental rights, and see that Indigenous Peoples’ issues and voices aren’t separate from the current political and environmental crises. These platforms provide an opportunity for others to learn from my perspective as an Indigenous woman. Each day while I interact with different Indigenous communities and other constituencies at national and international levels, I acquire new skills that inform the work I do. For example, I have been empowering Indigenous women groups to understand the UN Sustainable Development Goals, climate change policy and the implication it has on their livelihood, and the need for them to influence local development planning in their communities. Already, Indigenous women’s groups in West Pokot, Narok, and  Marsabit communities are engaging with their leaders on local sustainable development agendas and planning and advocating for gender and climate responsive actions. 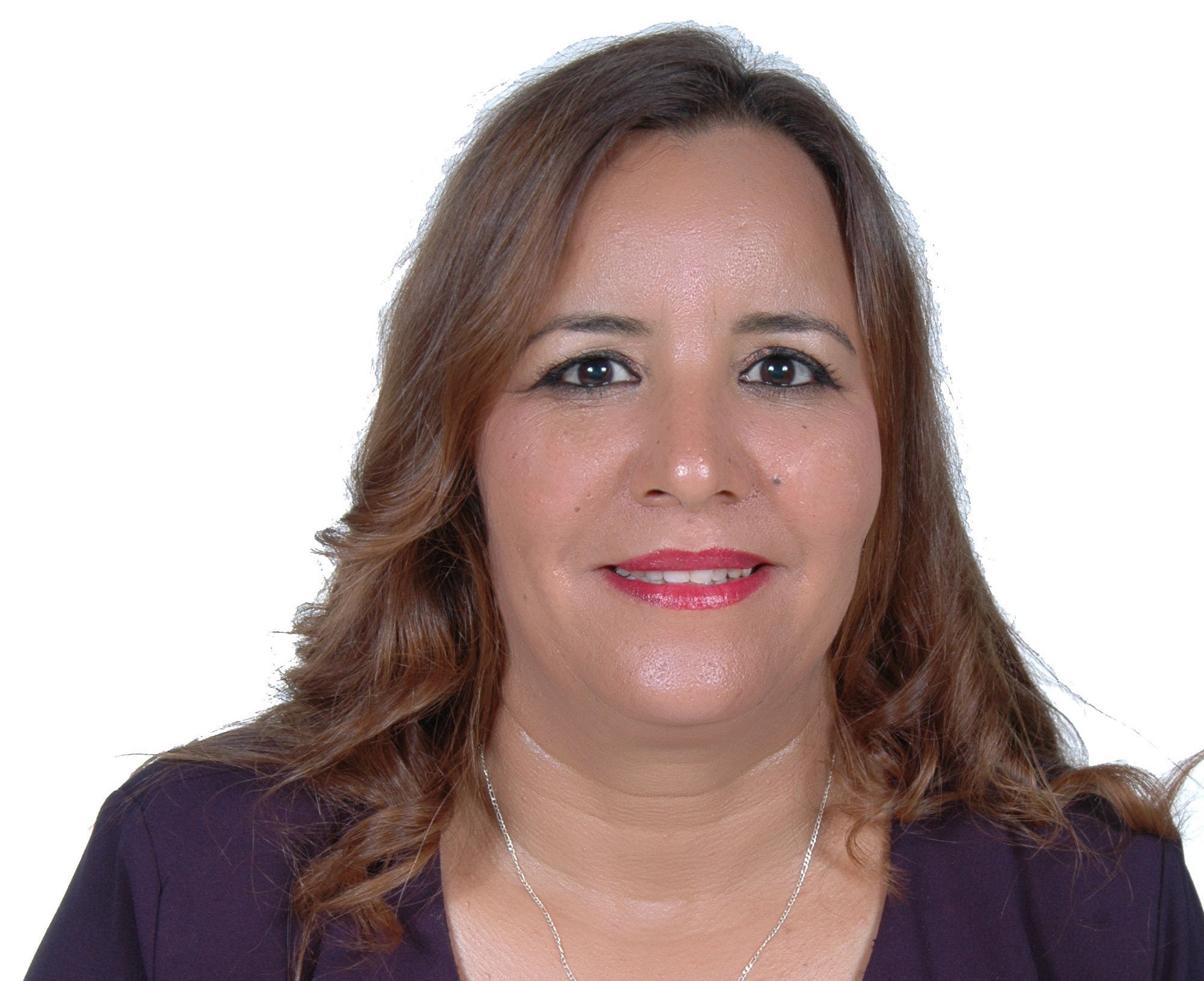 Zahra Ouhssain (Amazigh), Morocco
I am from Rissani, an oasis environment located in southeast Morocco.  I am a journalist with the Amazigh national radio network and a producer and host  of several radio programs in Amazigh on different themes related to language, culture, and the environment. I also work for various community radio networks, such as Climate Radio, for which I covered the UNFCCC COP22. As a journalist I had the opportunity to collaborate with the oasis communities in identifying traditional practices for preserving biodiversity, and I produced a program that addresses the traditional knowledge of the oasis and its contributions to the fight against climate change. In 2016, I received a prize from the Royal Institute of Amazigh Culture for my radio programs on these issues. I also coordinate the women’s committee of the Amazigh Network for Citizenship that fights against the discrimination of the Amazigh people in Morocco. I have represented Amazigh women and women journalists in many international and national forums focusing on the rights of women and Indigenous Peoples.

This fellowship will allow me to carry out my journalistic convictions, and to create a committee that will specialize on issues related to the environment and the monitoring of climate change; the committee will have the task of sensitizing citizens, particularly women, to the importance of conserving natural resources. I will work to develop the capacity of journalists and other relevant actors to raise awareness on climate change and water resource management, and encourage a debate on the need for Indigenous Peoples’ right to live in a healthy environment and have access to clean water. Through the media, people are made aware to act, to respect their environment and natural resources, and to fight against different forms of degradation. I plan to develop radio and television programs in the Amazigh language on the protection of the environment and climate change.