Windel B. Bolinget: Our Problems Will Not Be Resolved Just Within The UN System 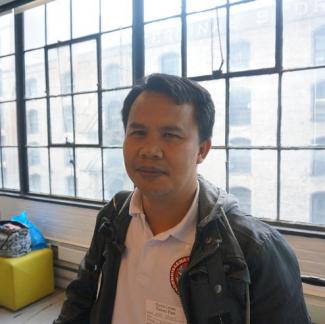 Windel B. Bolinget (Igorot, The Philippines):

"Indigenous Peoples should not just expect that our problems will be resolved within the UN system since we know that it is composed of States and governments. Behind these are powerful corporations, ruling elite, and rich people, who are the ones violating our inherent right to selfdetermination, our land and territories and even our resources, and our Free, Prior and Informed Consent. We are looking at the UN system as one platform to advance our demands and rights. But fundamental to advancing the recognition of Indigenous Peoples’ rights is fighting for these rights in our own territories and communities and drawing broader support from wider political and social movements to help empower us. Our problems are not only confined to Indigenous Peoples, but are also intertwined with the problems of poor people, even those who are not Indigenous.

I hope Ban Ki Moon and the whole UN system finally listen to the demands of the people’s protest and the people’s march on the climate crisis and refrain from imposing false solutions to climate change. The “green economy,” the post-2015 development agenda that they are forwarding, are fundamentally no different from the economic paradigm that was the root cause of this disastrous climate change that destroys Mother Earth and the environment. If the capitalist system, the root evil of catastrophic climate change is not stopped, climate change will not be reversed. The most vulnerable sectors of society, like Indigenous Peoples, are the most victimized.

In the Cordillera region, 75 percent of the people are Indigenous. The projects of foreign mining companies, logging, and other extractive investments really aggravate the impacts of climate change: the destruction of our livelihoods, our rice fields, the landslides of roads that will paralyze the transportation and communication of our communities and cause many deaths, either buried because of landslides or flooding. The destruction of our livelihood leads to hunger, sickness, and further marginalization and economic hardship. Indigenous Peoples such as in our community are the most marginalized. We don’t have these kinds of strong buildings, all the resources and the capital to be able to adapt or mitigate the impacts of climate change. Indigenous Peoples are poor. We live in vulnerable communities. Once our communities, our forests that we depend on are destroyed, the impacts of climate change will be tenfold compared to non-Indigenous communities. "