The Voice(s) of a Nation 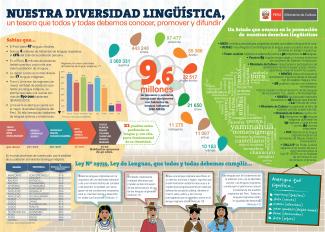 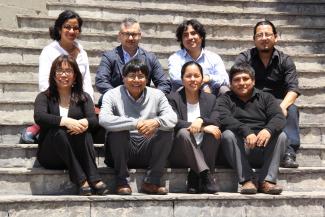 A groundbreaking office within Peru’s Ministry of Culture is working to redefine the relationship between the State and Indigenous Peoples, one word—understood in many languages—at a time.

In the global discourse on Indigenous Peoples, Peru can easily confuse those outside Latin America in the way it marginalizes all things Indigenous in contemporary society, despite a population that is, in terms of genealogy, 82 percent Indian (when including those of mixed heritage). A deceptively robust-sounding 4 million Peruvians speak at least one lengua indígena. Yet even for Quechua, the principal language of the Inca empire and the most widely spoken Native language in all of the Americas today, the future is not assured, so long as the ghost of another empire perpetuates its linguistic conquista over Peru.

Government agencies and their functionaries are hardly natural allies of Indigenous Peoples. But a team of intrepid linguists, educators, economists, and legal experts at the Vice Ministry of Interculturality’s Directorate of Indigenous Languages (most are Indigenous language speakers themselves) is working toward a seachange in the status quo. Steering its course is agency director Agustín Panizo Jansana.

Peru was the site of one of history’s great civilizational clashes. How did this play out in linguistic terms?

APJ: At least 100 distinct tongues were spoken when the Spaniards arrived. [After the conquest of the Incas], Spanish, imposed as the language of power, entered into a relationship of domination and exclusion toward the Indigenous languages. This linguistic colonization is still at work today, alas.

Officially, 47 languages remain, of which 26 are considered vital—transmitted inter-generationally, used in most areas of everyday life, and spoken among all generations within a community. [Of these], 3 are endangered with 18 in grave danger; [i.e.,] no longer passed down from generation to generation or interrupted in their intergenerational transmission. A few others are near extinction with perhaps only a single living speaker.

Quechua shares “official language” status with Spanish. Is its vitality and continuation a certainty?

APJ: Like all Indigenous languages, Quechua is losing speakers. Peru’s bilingualism has typically been a subtractive, rather than additive, process; a state-in-transition—i.e., toward abandoning one’s Indigenous language for Spanish—with the ultimate goal of acculturation. What impediments are faced by Native language speakers? APJ: Indigenous languages remain tied to poverty, marginalization, and exclusion, as well as challenging to the exercise of citizenship. The judicial system, for example, has traditionally not engaged them; neither have most scientific or academic initiatives. None have been considered “suitable” for the type of communication associated with “progress” in this country.

Given this contentious history, how can the Directorate of Indigenous Languages, a government agency, affect change from within what has long been an adversarial system?
APJ: In this office, we feel as though we’re repaying a historical debt. Without question, the Peruvian state has had a hostile policy towards Indigenous languages. The right to speak one’s own language was not seen for what it truly is: a fundamental human right. The issue has become more politically important, however, since Law 29735 [the Law of Indigenous Languages] was instituted in 2011, coinciding with the Law of Consulta Previa (Prior Consultation). For the first time, thanks to the government of President Ollanta Humala, language is now included as a key component within Peru’s national policy on social inclusion.

How is your work envisioned?
APJ: Our big vision for what has to be done regarding linguistic policies in Peru includes five lines of action: language development and revitalization; engaging in research and producing language resources; opening new spaces for the use of Indigenous languages; promoting the implementation of language rights by the State; and supporting the Prior Consultation process. In the early-mid 20th century, Peru’s politics, arts and academia were greatly influenced by ideals of the Indianexalting Indigenismo movement. However, its leaders, so-called Indigenistas, were largely mestizos (of mixed Native/European heritage,) socially/linguistically  disconnected from their own ancestral Indigenous communities.

What has changed since then?
APJ: The major criticism against Indigenismo—a product of its times, alas—is for its having promoted a rather paternalistic view. El Indio was its central preoccupation—but as an object of concern. Today, Indigenous peoples are the subjects of law. For this office, central to our process is a commitment to insure Indigenous Peoples’ own agency and empowerment, within a process of clarity, openness, and negotiation. The work we do comes not from outside but from within the Indigenous reality, with Indigenous-led organizations taking the lead.

How is this reflected in the composition of your team?
APJ: It is important that this office be made up of those who are either Indigenous themselves or have real relationships with Indigenous communities. I myself am not Indigenous, but I’m Peruvian. As a linguist concerned with the precarious situation of Peru’s Indigenous languages, I have committed my career toward improving this situation. Each of my esteemed colleagues, meanwhile, including Gerardo García Chinchay, Natalia Verástegui, Cynthia Palomino, Frank Janampa Pomasoncco, and Julián Taish Maanchi, has strong community ties and commitments not only to the languages— our office currently includes speakers of Quechua, Shipibo, Nomatsigenga, and Awajún—but also to the rights of their speakers. We all share a vision of linguistic promise in Peru, understanding language rights as a gateway to securing other rights as well.

At the operational level, what developments has your office been directly involved in?
APJ: We manage the coordination among various sectors of the Peruvian state to implement Indigenous languages in all areas of operation. For example, government offices such as the Ministry of Development and Social Inclusion now include among their staff members speakers of whatever languages are spoken by their constituents.

Please shed some light on the important changes taking place in the Peruvian judicial system and the role your office has played.
APJ: 2015 is a historic moment for this country in terms of linguistic rights. Court proceedings in Peru have always been administered, developed, and managed in Spanish, a language many Indigenous citizens do not understand. And this is the first year in which the judiciary has issued legally valid rulings worded in Indigenous languages (Aymara, Quechua, and Awajún thus far) in a process led by the same. This has never been seen in the history of the Republic of Peru—and it’s just the beginning.

For our part, we’ve been training interpreters and translators (252 thus far for 35 languages) to serve as communicative mediators between the people and the state. Many of these, in turn, have transformed into linguistic rights activists, returning home to lead revitalization movements in their own communities.

Considering the territorial overlap of several languages spoken in Peru, are there any international collaborations in the works you can speak to?
APJ: Sure. There’s an agreement with Colombia to design a bilateral participative documentation project with the six Indigenous languages spoken on both sides of our border, to construct a knowledge platform for each. We’ve also connected with an institute in Brazil, hosted an interchange of colleagues with Chile, and will soon welcome the Minister of Linguistic Policies in Paraguay to Peru. This office also has a fruitful relationship with our counterparts in Mexico and a pending agreement with the Basque region of Spain. Bolivia and Ecuador are priorities as well.

For the future, what do you see as the greatest hope for a multi-linguistically sustainable Peru?
APJ: The youth must take big steps in order to reverse the psychological mechanism of oppression, which compelled so many of their parents, grandparents, and great-grandparents to abandon their mother tongues. In certain arenas it’s happening already: art, music, and media produced in Indigenous languages. Through a process of social and cultural revindication, they’re spreading the message: “My language has value and it serves the people.” 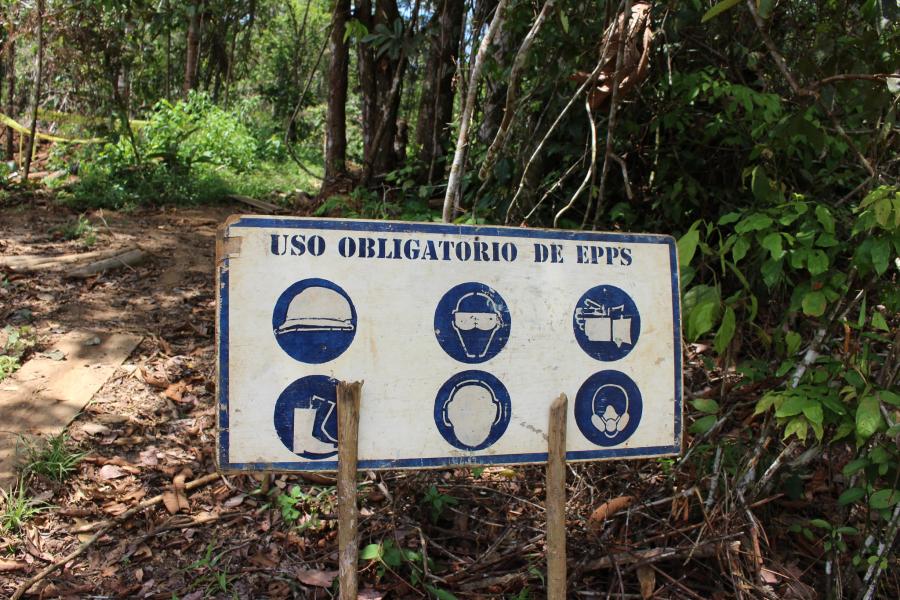 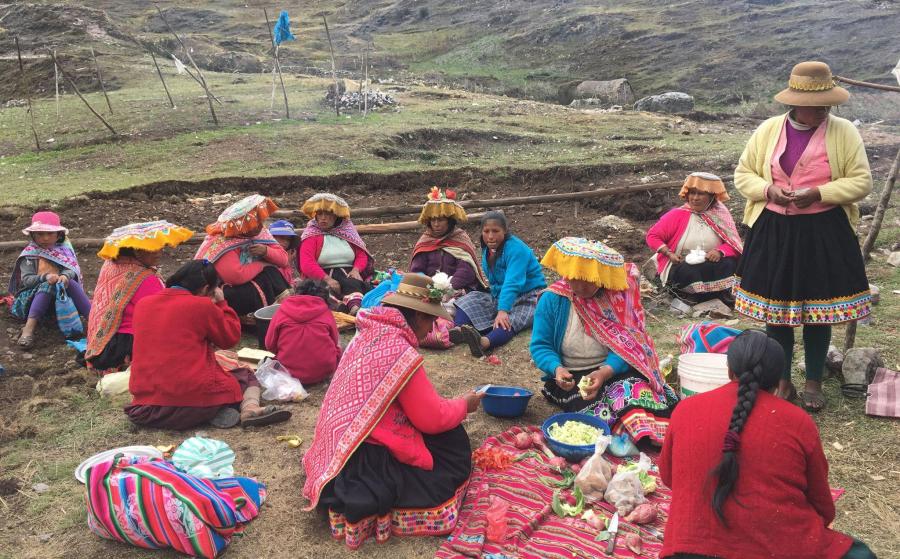 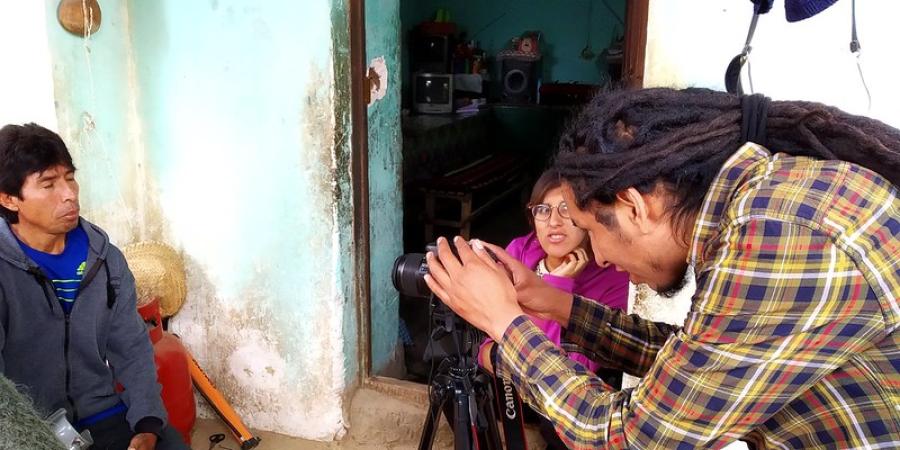