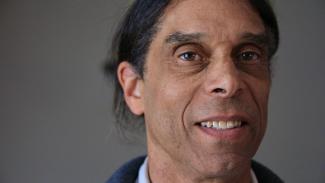 The idea of language loss is so foreign to ethnocentric America that in order to help my students make sense of it, I often turn history on its head: Imagine a hypothetical age of World War Z. You are living in a small English-speaking community in the Czech Republic when calamity strikes, cutting you off from the rest of the world. Believing that this will now be your home for the next 20 to 30 years, would you encourage your family and community to abandon English for the local dominant language?

Over years of presenting this scenario, the responses of my students have been consistently “no.” Most give nationalistic reasons, while others, not really knowing why, simply respond that they wouldn’t abandon English. Taking this line of questioning a step further and supposing the Czech government pressured your little community to become Czech speakers—if you believed your community might be the last speakers of English, would you then abandon it? Students still almost always say they would not abandon the English language. In other words, even when having no real reason why a language destined to die should be clung to, students unwaveringly say they would not abandon their language.

When North America was first being explored by Europeans, it is said that there were over 600 distinct languages spoken on the continent. With his famous slogan “Kill the Indian, save the man,” Richard Pratt, founder of the Carlisle Indian school, implemented one of the most effective weapons used to destroy Native cultures and languages in North America: the institutionalization of boarding schools. What is generally not known about boarding schools is the amount of money spent to accomplish their goals. From the mid-1880s to 1930s in Montana, Idaho, and Washington, the United States government spent over $250 million to kill the cultures and languages of Indians in that region. If one were to extrapolate a figure for all of the United States, it would exceed $1 billion (not adjusted for inflation) for that time period.

Last September, I asked an archeologist what is cited as the accepted population for Native people prior to contact. I was stunned when he told me it was 1.2 million. When I challenged this number as being too low, he reiterated that this was the accepted figure. Even in high school I couldn’t understand how Americans believed that prior to European contact, the Indian population, in a country rich with resources and absent of the diseases that plagued Europe, had never increased. This stands in stark contrast to a European population that managed to increase in spite of its many calamities and diseases. It is worth noting that in Disease and Demography in the Americas, the editors reference population estimates of Indians in the Western hemisphere in the 13th century as exceeding 50 million.

During the taking of the West, a common slogan was “the only good Indian is a dead Indian;” many white people believed that this necessitated promoting the massacre of Indians, which might explain why in the state of California, the law permitting the killing of Indians wasn’t repealed until well into the 1900s. When I was in middle school, I learned about when some 6 million Jewish people lost their lives in Germany, it was called a holocaust. I often wonder why we aren’t taught about the holocaust that occurred in North America.

—Neyooxet Greymorning is a professor of anthropology and Native American studies at the University of Montana and executive director of Hinono’eitiit Ho’oowu’ (Arapaho Language Lodge) in Wyoming.