Truth and Reconciliation: The Findings on Wabanaki Child Welfare in the State of Maine 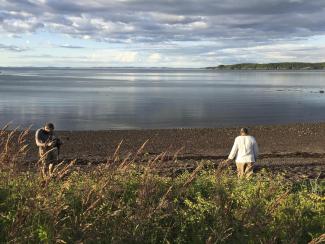 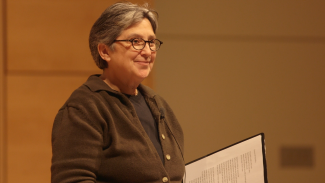 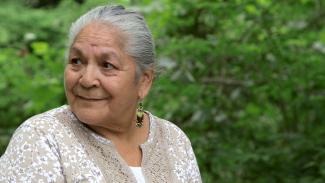 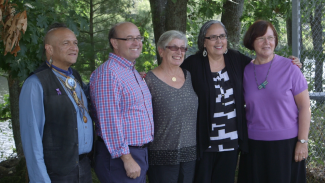 “Imagine you’re about to have a little one, the love that you have for that little one... and then imagine somebody outside of your family you don’t even know making claims on your little one. They don’t like the way you live and they’re going to take your little one by force. Imagine what the loss is when this is not just your family, but your entire community loses its children.” — gkisedtanamoogk, Truth and Reconciliation Commission member in the documentary film First Light

The U.S. government’s historical attempts to solve the so-called “Indian problem” have included stealing land, introducing disease and warfare, and killing entire tribes. The documented atrocities have been relentless, resulting in great harm to the Indigenous people of this land. One of the most painful of these has been the forced removal of Native children from their families and communities.

In the 1800s Congress authorized the Civilization Fund Act, providing funding for boarding schools for Indian children. Native children were taken far from their homes to boarding schools where they were forbidden to speak their language or practice their customs. Children were separated from siblings and were often badly abused; many died there. Those who survived returned to their communities not knowing their language and traditions, and they and their communities were never the same. The last boarding school closed in 1984.

Child Welfare
In the 1950s, the Bureau of Indian Affairs and the Child Welfare League of America created the Indian Adoption Project, through which hundreds of Native children were taken from their families and placed with mostly white adoptive parents. The 1978 Indian Child Welfare Act gave Indian children, families, and communities greater legal protections by recognizing “the essential tribal relationship of Indian people and culture and social standards prevailing in Indian communities and families.” Still, through the 1990s, Native children were being placed in foster care in Maine at a rate higher than most other states.

In 1999, Wabanaki Tribes and the state of Maine collaborated to improve state compliance with the Indian Child Welfare Act. The Muskie School of Public Service, with funding from the Maine Office of Child and Family Services, established a working group (later named Maine-Wabanaki REACH) with tribal and state child welfare representatives as members. The working group trained caseworkers, developed policy, and gathered data about compliance in many Maine communities.

Truth and Reconciliation
Despite positive steps, the working group found that significant problems remained in practice and attitudes toward working with Native children, families, and communities. In 2008, they concluded that in order to create lasting change, the past needed to be investigated and better understood. Over the next four years, the working group created the Maine Wabanaki-State Child Welfare Truth and Reconciliation Commission—the first of its kind to address issues of Native child welfare—to investigate systemic abuses and the factors that contributed to them.

The Commission’s articulated intent was to uncover the truth of what happened to Wabanaki people in state child welfare following the passage of the Indian Child Welfare Act in 1978, and to promote healing and contribute to change in child welfare practices. Its mandate was signed in 2012 by the five Wabanaki Chiefs and the Maine governor, outlining responsibilities, timelines, and guidelines for interactions with tribal communities.

Commissions rely on personal testimony, documentary research, and other sources of evidence to understand the past. The Maine Commission held listening circles, ceremonial gatherings, and interviews in six Wabanaki communities and in five regions with non-Native Mainers. Hundreds of people participated, including Wabanaki elders, children formerly in care, foster and adoptive parents, tribal leaders, service providers, incarcerated people, attorneys and judges, caseworkers and administrators, and parents and grandparents. Talking about memories, often painful and traumatic, was not an easy task, as many people had never before shared their stories.

Commission Findings
The Commission’s final report, presented in 2015, found that Wabanaki children in Maine entered foster care at an average of five times the rate of non-Native children. The report concluded that to improve Native child welfare, the state and the tribes must continue to confront:
1. Underlying racism still at work in state institutions and the public
2. Ongoing impact of historical trauma, also known as intergenerational trauma, on Wabanaki people that influences the well-being of individuals and communities
3. Differing interpretations of tribal sovereignty and jurisdiction that make encounters between the tribes and the state contentious

The report further asserted that these conditions “can be held within the context of continued cultural genocide, as defined by the Convention on the Prevention and Punishment of the Crime of Genocide,” adopted by the UN General Assembly in 1948.

What’s Next?
The Commission issued a series of recommendations, inviting communities and stakeholders to engage with the underlying conditions that contribute to the problematic relationship between the Wabanaki Tribes and the state of Maine and with child welfare practice failures. The Upstander Project represents one such effort with its films, First Light and Dawnland, companion learning resources, and teacher workshops.

Maine-Wabanaki REACH, which formed the Commission, provides education on history, trauma, resiliency, healing, and ally-building to Maine and Wabanaki communities. Healing circles, health and wellness workshops, and community events focus on resilience and capacity building in all tribal communities in the state. This includes restorative justice and peacemaking circles and creating connections to Wabanaki incarcerated relatives through a prison book drive and pen pal initiative. REACH provides educational events, ally-building, and ongoing ally supports across Maine to deepen the understanding of the shared history between Native and nonNative Mainers. Allies are encouraged to take action to create a more just relationship between Native and non-Native people in Maine via legislative hearings, rallies, letters to the editor, letters to legislators, and volunteering at Truth Commission events. REACH staff are also working with the Indian Child Welfare Act working group on child welfare improvements. REACH will play a vital role in the implementation of the Truth and Reconciliation Commission’s recommendations.

As the Commission stated in its final report, “We have heard the voices of the many who spoke with us and to remain quiet is to continue to perpetrate harms that must be known. Consider this report as a step toward refusing that silence and continuing this conversation, that will, we hope, like all the best communication, offer ample time for everyone to simply listen.”

To read the Commission’s report in full, visit www.mainewabanakitrc.org/report.

First Light
First Light is the first film in a series, anchored by the feature film Dawnland (to be released in 2017), conveying the stories of pain and resilience that emerged during the Truth and Reconciliation Commission’s process. It  tells a piece of the story of the Commission and its origins. Dawnland will bring viewers inside the Commission and share testimony from those who suffered because of the child welfare system, along with those who upheld its policies. “When we tell these stories, we feel it in our bodies and our hearts. But I believe we can get to the point where it has less power over us. This was a perfect example of the readiness, that it’s time.” —Sandy White Hawk, TRC Commissioner.

First Light and its learning resources are available for free at upstanderproject.org. These resources help teachers and students deepen their understanding of the brutal and disturbing history of settler colonialism that began with the invasion of Native peoples’ homeland, and government policies that aimed to force Native people to stop being who they are. These resources are central to the Upstander Project’s teacher and student workshops. The Upstander Project helps bystanders become upstanders through compelling documentary films and learning resources. Its goals are to help educators and students overcome indifference to social injustice, develop the skills of upstanders, and contribute to action-oriented campaigns in response to vital social issues. View First Light here: upstanderproject.org.

Introducing the Commissioners
• gkisedtanamoogk (key-said-TAH-NAH-mook), Wampanoag from the community of Mashpee in Cape Cod, Massachusetts, and adjunct instructor in the Native American Studies and Peace & Reconciliation Programs at the University of Maine

• Carol Wishcamper, former chair of the Maine state board of education, the Maine Center for Educational Service, and the Maine chapter of the Nature Conservancy

• Sandy White Hawk, Sicangu Lakota from the Rosebud Reservation in South Dakota and founder and director of the First Nations Repatriation Institute

• Dr. Gail Werrbach, director and associate professor at the University of Maine School of Social Work