The Totem Peoples Preservation Project of Siberia and Mongolia

The Totem Peoples Preservation Project of Siberia and Mongolia, started by Dan Plumley, works to ensure the survival and sustainability of traditional, indigenous, and nomadic cultures whose lifestyle and spirituality are inextricably linked with totem animals. In the wake of past decades of assimilation, repression, ongoing resource exploitation, economic disparity, and a decline in health, spirit, and cultural awareness, the welfare and continuation of indigenous Siberian and Mongolian peoples has been put in danger. Efforts are currently underway to make their plight known, but facets of their lifestyles are subject to imminent extinction, unless the concerns of these peoples are immediately addressed.

The Totem Peoples Preservation Project of Siberia and Mongolia hopes to aid the defense of human rights, as well as the cultural protection of indigenous peoples in the Eastern Siberian and Northern Mongolian regions. By working to promote traditional nomadic lifestyles in native environments, the project's goal is to preserve the time-honored traditions of native people who have sustained their own cultures, and been the best stewards of the environment.

Numbering 180, the Dukha are the smallest minority in Mongolia, and the last reindeer-herding population in Mongolia's northernmost Darhat Valley territory just south Of the Siberian border. The Dukha represent one of the few existing Tsaatan (the Mongolian term for reindeer herder) tribes in the world. At the core of the Dukha's lives are the reindeer -- totem animals that serve as the center of the tribe's spiritual belief system, and which are used for travel, trade, and nourishment. Tragically, reindeer herding and nomadic lifestyles -- as well as shamanic spirituality -- were forcefully repressed during the Communist era. An epidemic of brucellosis, a parasitic disease, also contributed to reducing the heard of 1500 reindeer in 1990 to a drastically depleted and unhealthy herd of 600 today. Unless the decline is reversed, it may be only a matter of three to four years before the reindeer herds completely die off.

The struggle to protect the reindeer is also a fight to maintain the Dukha culture. These traditional peoples are fighting to preserve their 1000 year old culture, but may lose it if their land continues to be destroyed and taken away from them.

In light of the difficulties facing the Dukha and other traditional peoples, the Totem Peoples Preservation Project of Siberia and Mongolia has defined three main areas of focus:

- The protection of the Dukha Reindeer Peoples of Northern Mongolia. The Dukha are in such severe economic straits, that they are now forced to subsist almost entirely on reindeer meat and milk products. Consequently, the reindeer herd -- which is already dwindling in number because of inbreeding and lack of veterinary care -- is further reduced because of consumption. Furthermore, 27 percent of Dukha have contracted brucellosis (originally a cow disease) from reindeer meat and milk. Due to necessity, the Dukha are hastening the extinction of their beloved reindeer, and consequently, their way of life.

- The establishment of the Lake Baikal and Sayan Mountains Peace Park for cooperation with traditional peoples and their environments. The border between Russia and Mongolia is a mountainous taiga ecoregion home to many native peoples, including the Dukha, Soyot, and Buryat. The Baikal-Sayan-Hovsgol Peace Park would serve to promote protection of both traditional cultures and their native habitats so critical for the return to nomadic and seminomadic lifestyles that are integral to their cultural heritage and the health and longevity of their totem animals.

In April, the newly organized Mongolian Reindeer Fund (the Totem Project's counterpart organization, headed by Dr. Surkhbaatar) met to discuss means to best aid the Dukha's reindeer herd. The MRF is working with the Mongolian Institute of Animal Husbandry, and will be joined by a volunteer veterinarian in August, to train herders, to assess the condition of the reindeer, to strengthen the health and longevity of the existing herd, as well as to procure additional livestock. Plumley says: "Our work on site in late August and September will be crucial to developing for the first time a true baseline of understanding on the health problems and the level of disease in the herd. This has not been done, and will only be made possible through the contributions of outside support." Plumley recently returned from two months of field work in Mongolia (a return trip to Siberia and Mongolia is scheduled for the end of July 1999). With the help of more than 120 caring Americans, and through the MRF, the project was able to deliver its first direct support to the traditional Dukha people -- two tons of critically needed food aid. This initial humanitarian assistance was sorely needed by the Dukha families following the long, harsh winter, and will help defray the need to barter away livestock, and the need to consume the reindeer directly. Most recently, in mid-July, the Totem Peoples Preservation Project was able to Purchase 80 new reindeer. Furthermore, progress has been made on the establishment of the Peace Park. The "Lake Baikal -- Sayan Mountains -- Lake Hovsgol Peace Park Declaration" was recently signed, and the first bilateral meeting between Russia and Mongolia on the Peace Park has been scheduled for late September. Also in September, a unique cross-cultural exchange by 10 Siberians and Buryats to the Adirondack Park in New York State is scheduled to take place. The exchange will permit participants to learn about park law, economic development in protected territories, and promote cultural sharing between Siberian and Adirondack Native peoples.

How can you help? Become a "Totem Bearer," or simply make a contribution. 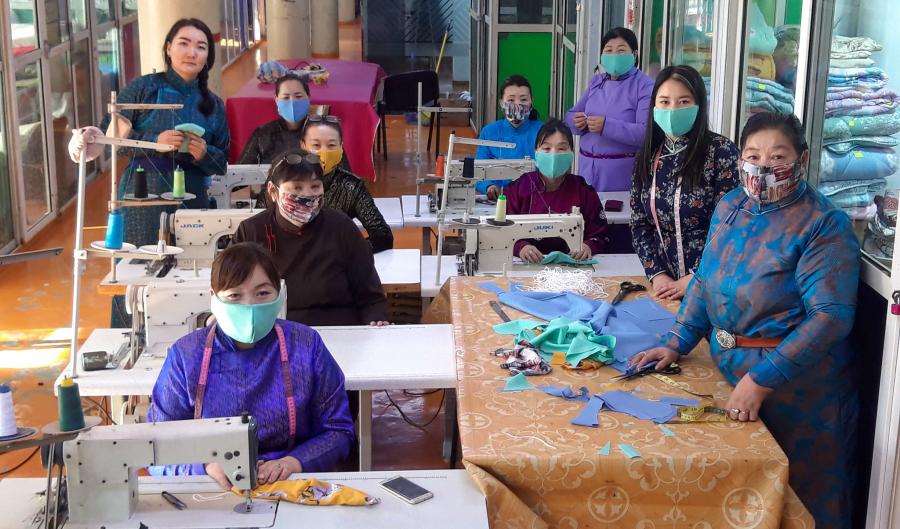