SOME DRUGS COMMONLY MISUSED IN THE THIRD WORLD

ADRIAMYCIN - This toxic chemotherapeutic agent was being sold as an antibiotic on a shelf next to such antibiotics as stretomycin by a street vendor in Rangoon, Burma, in 1979. The drugs were sold for the same ailments simply because the names sounded alike.

CHLORAMADINONE ACETATE - Banned in the US and Canada because it contains pentazocine (talwin), which is considered addictive. The labels of four brands sold in Latin America claim the drug does not produce physical or psychological dependence.

CHLORAMPHENICOL - An antibiotic, this drug is rarely used in industrialized countries; in the Third World it has been used liberally for common infections when less toxic antibiotics would have been preferable. It is said to cause aplastic anemia (a fatal blood disease) in one of 20,000-40,000 cases. Its use was blamed for the death of 20,000 in 1972-73 when a typhoid epidemic broke out in Mexico City. Chloramphenicol was believed to be the cure for typhoid and 100,000 sick people were treated with it. Some 20,000 died when it proved ineffective because free use of the drug had produced a resistant strain of typhoid.

No hazards were listed on products sold in Colombia and Ecuador. In Latin America the drug is promoted and used for such trivial illnesses as acne and athletes foot.

Nine brands are sold in Malaysia and 30 in Thailand. Advertisements stress its versatility; one brand in Thailand suggests the drug for 50 conditions including measles, chicken pox, tonsillitis, and skin disease. In Africa and Asia the drug is recommended for is sold freely. There are no controls in labeling, packaging, or indicating the expiration date.

CHLOROFORM - Products containing Chloroform are banned in the US, Canada and most of Europe because they have been linked to liver and kidney damage in humans. In Malaysia, Chloroform is found in at least 6 cough mixtures and 2 brands of toothpaste.

CLIOQUINOL/ENTEROVIOFORM/MEXASE/MEXAFORM - In the 1960s, this anti-diarrheal medication was linked to subacute myelo-optic neuropathy (SMON), a crippling, sometimes fatal disease of the nervous system leading to blindness, other eye disorders, and paralysis of the feet and legs. In Japan, SMON reached epidemic proportions, affecting an estimated 10,000 to 20,000 people. Clioquinol, taken in normal or high doses over long periods of time, was found responsible.

In Peru, parents are reported to give the medication to their children on a weekly basis. Although the drug is banned in a number of countries and severely restricted in others it is still available, under 14 different brand names with 13 different sets of instructions (one brand contains no instructions). Ciba-Geigy, the principal manufacturer, has US $40 million in sales per year.

CLONIDINE - Sold as Catapres, this drug can control high blood pressure. If the drug is delayed for 12 hours or more after it should be given it can cause extremely high blood pressure and even cerebral hemorrhage. In some Third World countries there is no warning on the label.

DIANABOL/METHANDROSTENOLONE - This anabolic steroid is severely restricted in the US and contra-indicated for pregnant women, nursing mothers, and children. It is known to stunt the growth of boys and to cause permanent sex changes in girls. In Colombia, Dianabol is sold as an appetite stimulant for children. The African equivalent of the Physician's Desk Reference says that the drug is for the "promotion of growth in underdeveloped children." Recommended doses for children are also listed in Asian and Mexican doctors' manuals, but no mention is made of its possible dangers.

DIPYRONE - Banned in the US and much of Western Europe because it can cause serious or fatal blood damage called agranulocytosis - a disease which decreases the body's ability to produce white blood cells for fighting infection. Dipyrone is used in the Third World to combat pain and fever; it is about as effective a painkiller as aspirin.

The drug is sold over the counter, in newspaper kiosks, and even in bars, in Mozambique, Brazil, Mexico, Central America, the Dominican Republic, and Colombia. There are more than 100 brand names sold in Latin America, 20 in Malaysia, 28 in Thailand, and 9 in Tanzania. Some brands carry warnings, but many do not. In 1976, a British M.D. reported that enough dipyrone was sold in Tanzania that it was likely that 630 people would die. (Reportedly 1 in 100 dipyrone users contract agranulocytosis, of whom half die.) Although dipyrone was supposedly removed from the market in Bangladesh in 1980, studies show that the manufacturers spent US$140,000 in advertising that year to clear this stocks.

FRUSEMIDE/FUROSEMIDE/LASIX - A drug which reduces excess fluid in the body, it can cause dehydration and is suspected of causing birth defects. In Bangladesh a drug company representative attempted to persuade a doctor to use the drug on malnourished children suffering from kwashiokor, a condition which causes the body to retain fluids.

HEXACHLOROPHENE - This drug took the US market by storm in the 1960s when it was used in toothpaste, deodorant, baby powders, and fruit and vegetable sprays. In one year it netted $53 million in vaginal sprays alone. In 1972 baby powder was held responsible for a strange neurological disease causing the deaths of more than 30 infants in France. Apparently this drug can be absorbed through the skin, and tests showed that miniscule doses fed to rats could produce major brain damage. As soon as the US marked the drug "by prescription only," a Winthrop Products liquid soap, Fisohex (Phisohex), containing hexachorophene became available in Colombia where it is now one of the most popular liquid soaps.

LOMOTIL - An effective anti-diarrheal medicine sold by prescription in the US. Doses slightly above the recommended level, however, can be fatal. In the Sudan, the drug was sold over the counter in containers boasting that it was "used by astronauts during Gemini and Apollo space flights." It was also recommended for children as young as 12 months.

PANALBA/ALBAMYCIN-T - A combination antibiotic, first marketed by Upjohn in 1957. By 1968, sales from this product totalled $18 million, or 12 percent of the company's gross domestic income. But in 1968, 30 National Academy of Science experts unanimously recommended that panalba, along with 49 other antibiotics, be removed from the US market. According to their studies, 20 percent of patients developed allergic reactions to the drug. Twelve patients had already died as a result. By 1970, it was forced off the US market. However, antibiotics are not classified as drugs in the US, which allows in substance to be exported, now under the name of Albamycin-T, to 33 countries. In Mexico it is recommended for urinary infections; there is no mention of toxicity or side effects.

PHENACATIN/SOMA/FIORINAL - This drug causes kidney failure which often proves to be fatal. It is sold in Malaysia for such minor ailments as toothaches, flu, and headaches.

TETRACYCLINE - In industrialized countries, this antibiotic is not used for children under 8 or women more than 4 months pregnant. If used in large doses for more than 1 week the drug retards fetal bone development and stains children's teeth. In 1979 in Singapore and Malaysia, 42 preparations were for sale, over the counter, with only 2 including any cautions. Bristol's brand, Bristaciclina, is sold in Colombia without warning to pregnant women, and is recommended for children. In other Third World countries the drug is recommended for infants and children.

WINSTROL/STANOZOLOL - A synthetic male hormone restricted in the US because it stunted the growth of children. It is intended to be used only for blood disorders in adults. However, the drug is sold over the counter in Brazil where it is recommended as an appetite stimulant for children. In Mexico it is sold as a tonic. In Malaysia, it is sold to treat weight loss and anorexia for all age groups. 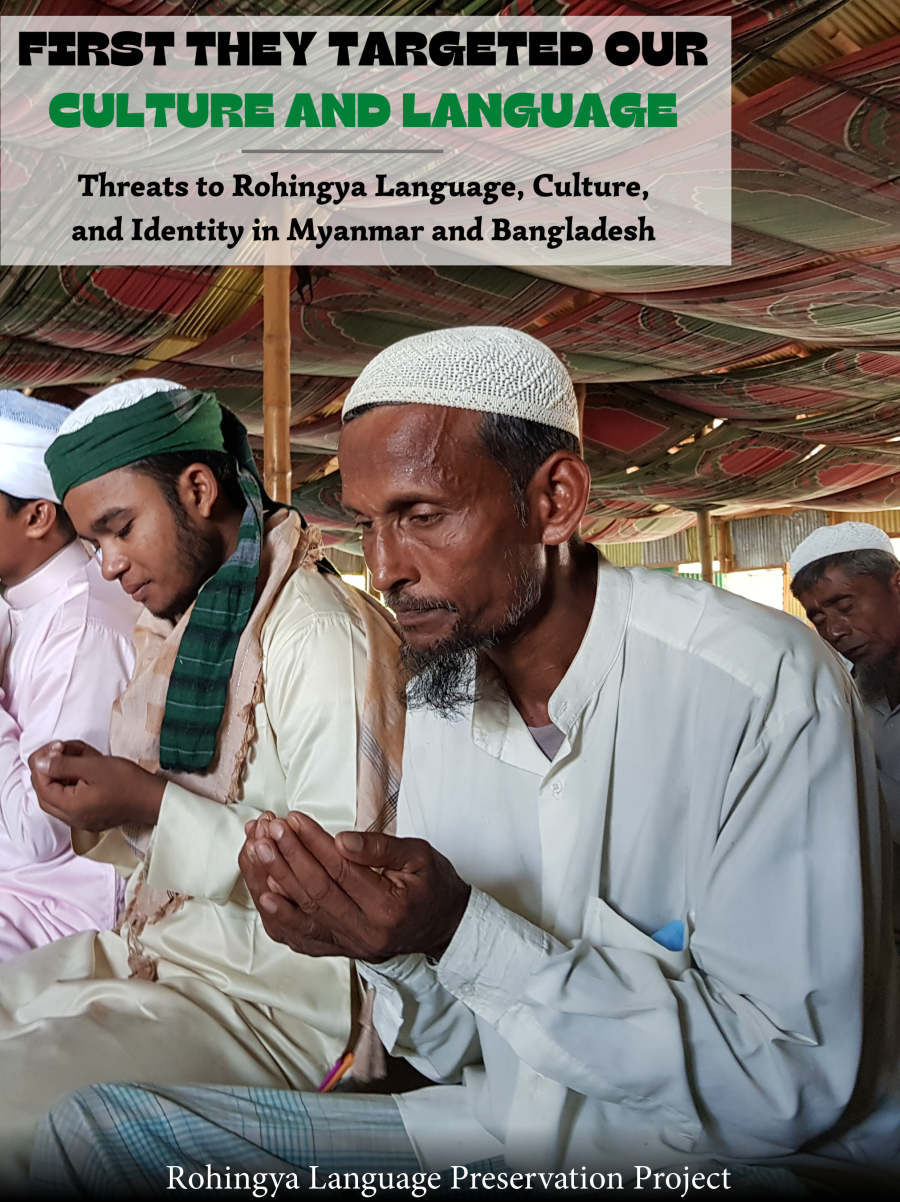