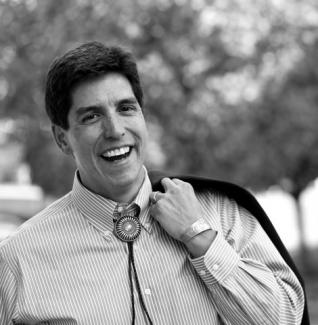 First Nations Development Institute is a policy, research, grant making, and lending institution founded on the need to promote Indigenous models of development and to mobilize the capacity of Native Americans to control their own economic assets. The Institute’s current president, Michael Roberts (Tlingit), grew up in Ketchikan, Alaska, where he says he was privileged to be surrounded by ambitious, hard-working role models. The flip side of that experience was that he “got to see up close and personal the way in which the world was stacked against folks like my Indian grandfather and father. My father, in order to keep his moderately well paying job at the local mill, had to fold away his Indianness in a drawer every day and go to work.”

Roberts had to carve out his own path; in high school and even college, none of his instructors or counselors believed that Indians could be much more than manual or semi-skilled labor. “When I got my MBA in finance back in the early ’90s, there were fewer than 500 Indian MBAs out there—less than 1 per Indian tribe,” he recalls. But the picture today is quite different, and changing rapidly, in large part due the existence of organizations such as the Native American Finance Officers Association and First Nations Development Institute.

“When the founder and Board of First Nations surveyed the economic landscape of Indian country’s reservation economies 35 years ago, what they found was that the three-legged stool that makes up a healthy economy was listing heavily because two of the legs were underdeveloped,” Roberts says. “Most reservation economies then, as they remain today, were dominated by the government sector—federal and tribal government. Noticeably missing, in most instances, was a robust for-profit/entrepreneurial sector and an accompanying nonprofit sector. This economic reality did not occur by happenstance, but by design. American Indian reservations resemble the colonies; a piggy bank for America to tap into when the Indians’ natural resources were needed.”

Roberts believes that this economic reality “could be traced to the belief that Indians were not smart enough or capable enough to manage their own assets—or possibly the fear that if they did, the economic interests that set US policy might lose the power and control that these resources presented. Contrast this to First Nations’ underlying belief that when armed with appropriate resources, Native peoples hold the capacity and ingenuity to ensure the sustainable economic, spiritual and cultural well-being of their communities.”

Roberts describes the resulting economic development strategies forced on reservations as looking “like the worst of the failing Soviet-style central planning models; a one-sizefits-most model that failed to take into account the geographic, demographic, and cultural conditions unique to each of the 566 federally recognized tribes.” He says that the failure was the inability to recognize that economic success had to be driven by local thinking and local control. “Even if we take as a given that the US and its agent—the Bureau of Indian Affairs—were benevolent with regard to Indian country, it cannot be ignored that these thinkers and planners in the BIA did not believe that these Indian communities had the wherewithal to create anything of value themselves. The US government’s treatment of Indian country economic development was, and in some ways still is, paternalism at best.”

Indian Nations are nations existing within the United States, and pressures to acculturate into the larger society are strong. For this reason, Roberts says that the protection that Indians and Indian nations need is both economic and cultural—and this is where the First Nations Development Institute comes in. “In the case of economics, Indians need to have sovereignty over their own economic destiny and their own economies. [But] economic sovereignty will never happen as long as there is economic dependency. At First Nations we believe that Indians win when they control their own assets. When Indians control their own assets and manage them according to their own beliefs and values, they do it better. So if Indians get to the finish line and ultimately control their own assets but get there without their culture and their cultural values intact, then we won’t be able to call this a win.”

First Nation’s underlying belief is that Native peoples hold the capacity and the ingenuity to ensure their own economic, spiritual, and cultural well being. “Over the last 35 years,” Roberts, says, “our work has reflected that. At the end of the day, our work is responsive to the needs and the ideas brought to us by Indian communities throughout the country. We encourage those ideas. We fund them. We provide technical assistance and training to get it done. It is our early stage and (what might be considered by some to be) high-risk investment in community projects and a healthy helping of technical assistance that helps make these Indian community projects better.”

One of the most exciting developments in Indian economic sovereignty in the recent past, according to Roberts, is the Community Development Financial Institution. “Because there are few other banks or formal financial institutions in reservation communities (fewer than two dozen among the nation’s 566 tribes), creating and sustaining Native financial institutions has proven to be an effective strategy in the development of local economies by enabling entrepreneurs and businesses, increasing homeownership, and empowering community members to reach their financial goals,” he says.

Fifteen years ago First Nations Development Institute created its wholly-owned subsidiary, First Nations Oweesta Corporation, with a mission to unleash entrepreneurship in American Indian reservation communities by nurturing an enabling environment for the growth of institutions that support small and medium-sized enterprises. This in turn creates new wealth opportunities for, and increases the assets of, reservation community members. In the late 1990s there were just two Community Development Financial Institutions in Indian country. Today there are more than 70, with another 50 or so awaiting certification. It is because of the existence of the Native financial institutions that businesses are being financed, financial education is being delivered, homes are being built and remodeled, and education savings accounts are being created.

Roberts sees economic development as the greatest tool Indigenous communities can use to protect their human rights. “The world in which Indian nations exist, as nations within a nation, makes it really important that we as Indian nations have the economic strength to withstand challenge from the outside. In order to protect their remaining assets, tribes must have the economic wherewithal to fight the colonial mentality that continues to try to strip these assets from Indian nations and peoples. But in order to get this economic wherewithal, Indian tribes and peoples need to control the assets that they have retained title to.

“We need to create an environment for both Indian country and the folks who are investing in Indigenous communities to be less risk averse. If we don’t want Indians to fail, then we’re going to have to be tolerant of just that: letting Indians and Indian projects fail. And when they do, the immediate reaction should not be to recoil and say ‘never again.’ The reaction is to ask what did we learn, and how do we make that same sort of investment a little bit differently next time; not to stop investing in the Indian sector altogether.

“For me and First Nations, the goals are pretty much the same as they have been—look for innovative community projects in Indian country. Invest in them and support them in other ways. Learn from them. Seek ways to replicate and scale what is working. Attempt to bring more funders into these deals. [Because] as long as Indian Nations and peoples are dependent on funds from the federal government for their very existence, they will remain in a very precarious place. 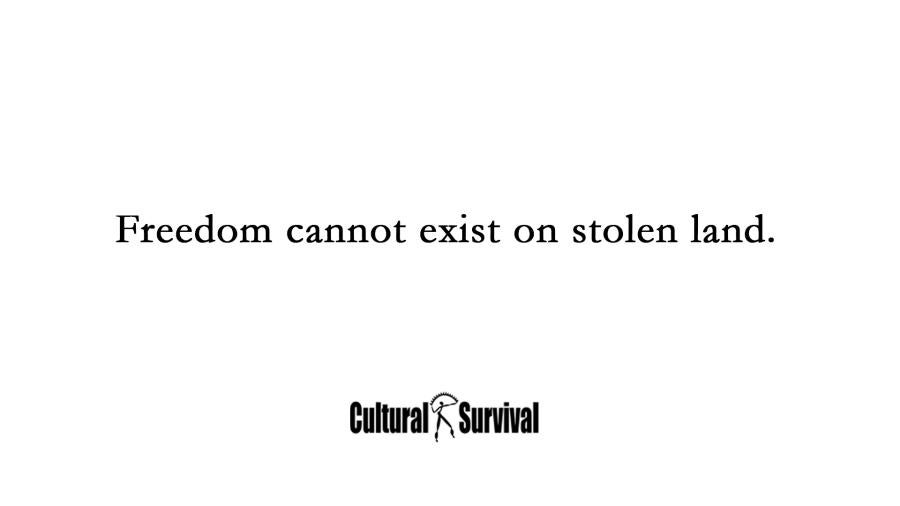 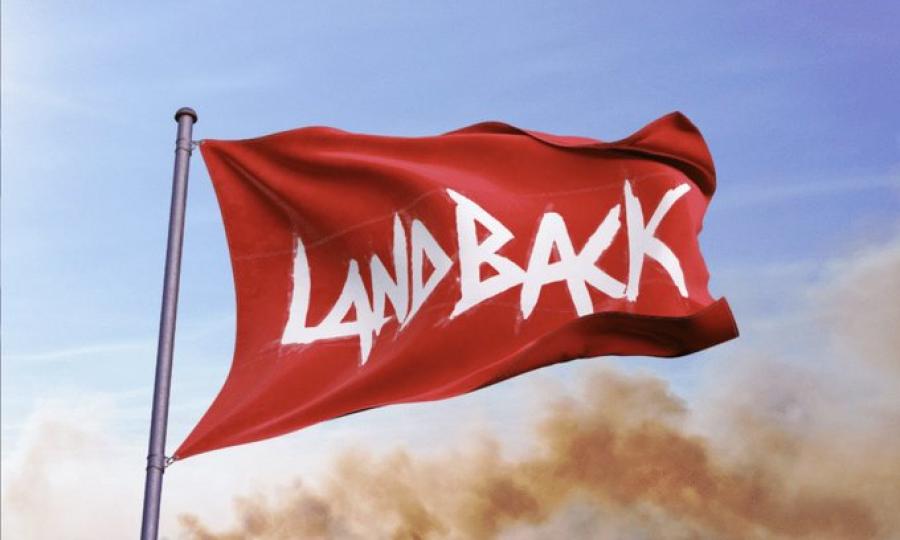 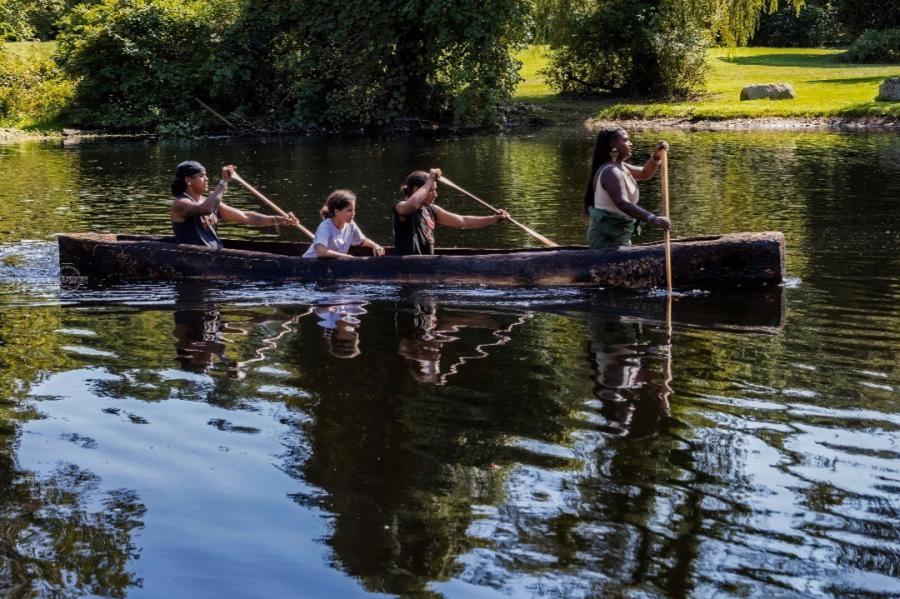