Imagine waking up one morning to discover you can no logner understand the world around you. Imagine turning on the radio or the television, only to hear the news reported in a foreign language. Imagine hearing your children suddenly speak a strange tongue. Imagine your friends and colleagues discussing issues and events you know nothing about. Imagine trying to communicate. Imagine how disorienting, frustrating, and isolating this would be. This sense of isolation and disorientation was far from imaginary for aboriginal people in northern Canada who found themselves inundated with Southern, non-aboriginal television programming in the 1970s. New foreign services began to erode languages and cultures that had survived for centuries.

An Idea Born of Need

Satellite television was introduced to the North in 1974 after the federal government approved an Accelerated Coverage Plan (ACP). The ACP was designed to bring Canada's national broadcaster, the Canadian Broadcasting Corporation (CBC), to undeserved and remote regions of Canada. This had an immediate effect on the Language and cultures of northern aboriginal people. Debbie Brisebois, in an essay entitled "Whiteout Warning," retells the story of one Inuit woman who described her reaction to watching the TV program `All in the Family,' and the character Archie Bunker, for the first time:

"...There was the father, obviously a stupid man, screaming at his children and his wife. He seemed to hate them. They were lying to him, they were treating him with contempt, they were screaming back at him...and then i the last five minutes everyone kissed and made up...We were always taught to treat our elders with respect. I was embarrassed for those people on TV. I though, I always knew white people were weird. I wondered if that was really what people were like in the South..."

Many aboriginal people protested this `invasion' of foreign television services. In 1982, the regulatory body for all broadcasting and telecommunications undertakings, Canadian Radio-Television Telecommunications Commission (CRTC), scheduled a hearing looking into Cable Tiering and Universal Pay TV. Rosemary Kuptana, then a production coordinator for the Inuit Broadcasting Corporation (IBC), likened the foreign programming to an atomic or neutron bomb:

"This is the bomb that kills the people but leaves the buildings standing. Neutron-bomb television is the kind of television that destroys the soul of a people, but leaves the shell of a people walking around. This is television in which the traditions, the skills, the culture, the language,-count for nothing. The pressure, especially on our children, to join the invading culture and language and leave behind the language and culture that count for nothing is explosively powerful."

But rather than sit idly by and let foreign television services jeopardize their way of life, a group of concerned Inuit leaders took matters into their own hands. In order to counter the proliferation of Southern, non-aboriginal programming, aboriginal people would have to begin producing their own programs, in their own languages, about their own culture and traditions.

Coordinated by the Inuit Tapirisat of Canada, an umbrella organization for Canadian Inuit, and funded by the federal government, two interactive satellite broadcasting experiments were conducted in the late 1970s. The first was called the INUKSHUK Project. It enabled Inuit in the eastern Arctic (soon to be a new territory named Nunavut), to produce local, Inuktitut-language television programs. These programs were broadcast via satellite for 16.5 hours per day for eight months. It was a huge success. A second project called NAALAKVIK II experienced similar success in both video conference and broadcasting to five Inuit communities in northern Quebec. As stated in a report issued by the Inuit Broadcasting Corporation (IBC), the time had come for aboriginal broadcasting. "INUKSHUK and NAALAKVIK II made clear the need for an Inuit controlled and operated television service and demonstrated...that aboriginal people could adapt sophisticated technology to meet their communication needs."

Following these successful trials and seeking to hear from all Canadians on extending services in the North, the CRTC established a committee. This committee issued the Therrien report in July, 1980 that endorsed the use of broadcasting among aboriginal peoples as a way to preserve and enhance aboriginal language and culture. In 1981, the CRTC granted a broadcast license to IBC and Taqramiut Nipingat Incorporated, two Inuit television programming services.

The next big step for aboriginal communications organizations was the establishment of Northern Native Broadcast Access Program. This Program was a four year, $40 million fund dedicated to the development of aboriginal radio and television programming in the North.

New aboriginal communications societies began producing quality programming in a number of aboriginal languages across the North. By 1983, there were 13 groups providing valuable cultural programming. But a new difficulty soon arose; although aboriginal broadcasters had production funding, they had no means of ensuring consistent distribution of their programs. At the time, the only available broadcaster was CBC. All programs from the aboriginal producers had to be broadcast during time slots provided by CBC Northern Service. This seriously limited the availability of and access to aboriginal programming within the schedule. IBC programs, including children's programming, were often scheduled after 11 p.m. or were pre-empted if CBC required that time slot. Aboriginal producers knew the only solution was to establish a dedicated satellite television channel. Once again, the aboriginal broadcasters took their concerns to the CRTC and the federal government.

The CRTC responded by setting up an action committee. Aboriginal broadcasters also voiced their concerns with the Federal Task Force on Broadcasting Policy in 1986. This task force made a number of recommendations, including the need for aboriginal broadcasting to be considered an integral part of the Canadian broadcasting system. It also recommended the creation of a separate satellite distribution system to carry aboriginal language programming. The tide was beginning to turn.

With these positive recommendations, six aboriginal communications societies, the CBC, and territorial governments met to begin creating an aboriginal distribution system for northern Canada. This system came to be known as Television Northern Canada. Armed with a detailed study on the need for such a network, the consortium presented their initiative to the federal government. In June, 1988, the government decided to commit $10 million over four years to establish a satellite-delivered, northern, aboriginal, distribution system. It was the beginning of TVNC.

A Dream is Born-Television Northern Canada

After a number of years of preparation, further studies, and negotiations with the government, private, and public sectors, TVNC went on the air for the first time in January, 1992. It was seen and heard in 96 northern communities, across an area one-third the size of Canada's land mass. There were children's programs, current affairs, documentaries, live phone-in programs, and other special events. TVNC broadcasts programs in English, French, and more than a dozen aboriginal languages. TVNC became an enormous Northern success story.

Today, TVNC continues to provide a valuable service of northern, aboriginal programming. In June, 1997, however, the TVNC Board of Directors decided to embark on a new path, a path that would lead to the creation of a truly national aboriginal television network seen by all Canadians across the country. At its annual meeting, the TVNC Board of Directors decided it was time to transform from a northernbased network into a national network. There were several reasons for this, the first was that the federal government had been consistently reducing its contribution to TVNC, making it more difficult to continue providing a quality service. In early 1997, the federal government announced it would cut funding to TVNC by 30% by 1998. This made it imperative for TVNC to find alternative sources of funding to survive.

Since June, 1997, TVNC has been slowly moving towards greater southern distribution of the network. TVNC has negotiated with a number of small, southern cable systems to begin carrying TVNC. TVNC is also negotiating with a number of Direct-to-Home (DTH) satellite distribution undertakings to ensure TVNC is included in packages to DTH viewers.

The most important initiative, however, was TVNC's appearance at a CRTC hearing in November, 1997 to discuss Third National Networks. The CRTC issued a call for comment in June to ask broadcasters, producers, and interested individuals if the CRTC should license a third national network. The CBC and CTV are the only two networks currently recognized as national networks in Canada.

TVNC made its presentation and reminded the Commission of TVNC's unique place in the broadcasting system. It was pointed out that TVNC currently holds a national license, but is not formally recognized as a national network on par with CBC and CTV. TVNC outlined its initiative to transform into a network by and about aboriginal people from across Canada, not just northern Canada. Next, it stated the ways in which it meets the objectives of the Broadcasting Act-a requirement for all national networks.

TVNC is a public network, owned and controlled by Canadians, it provides a public service "essential to the enhancement of national identity and cultural sovereignty" by offering a window to the aboriginal world, helps to safeguard and strengthen the fabric of Canada by ensuring aboriginal people have a voice in the media, and fills the need for "programming that reflects the aboriginal cultures of Canada [that] should be provided within the Canadian broadcasting system" as stated by the Broadcasting Act.

The CRTC issued its report from this hearing in early February, 1998 which contained very good news for TVNC. The CRTC report stated that "TVNC is a unique and significant service...and should be widely available throughout Canada." The CRTC also added that it would be willing to accept an application from TVNC that would "reflect the diversity of the needs and interests of aboriginal peoples throughout Canada."

TVNC considered this a very positive sign and a written application will be completed and submitted to the CRTC in June, 1998. If TVNC is successful, a new, national aboriginal television network could be available to all Canadians as early as fall, 1999. TVNC would be the world's first public, national aboriginal network and there would be much to celebrate.

Angus Reid, a well-respected polling firm in Canada, conducted a survey for TVNC in January, 1998 which indicated that two out of three Canadians would support an aboriginal network, even if it replaced an existing service. Further results indicated nearly 50% of those surveyed would watch the network at least every few weeks and almost 10% watching every day. There is certainly a desire among non-aboriginal people in Canada that this network could fulfill.

Aboriginal television producers in Canada have come a long way since the early INUKSHUK project and even earlier, when aboriginal people began experimenting with film. Aboriginal people now have the opportunity to take a technology that could have destroyed their centuries-old way of life and transform it into a tool that enhances their language and culture. Canadian aboriginal people may finally have the chance to use their own voices to tell their ancient histories, songs, and dances. Culture and language will be revived. Children will discover and emulate aboriginal superheros. And all aboriginal people will stand tall and take pride in their heritage. We will share with the world our strength, our wisdom, our struggles, our joys.

The day when aboriginal people living in Canada will turn on their televisions and see themselves reflected back through the programming on a national aboriginal network may not be far away. When that day comes, sit down and watch, share it with your children and your children's children, and rejoice.

1986. Report of the Task Force on Broadcasting Policy. Ottawa: Ministry of Supply and Services. 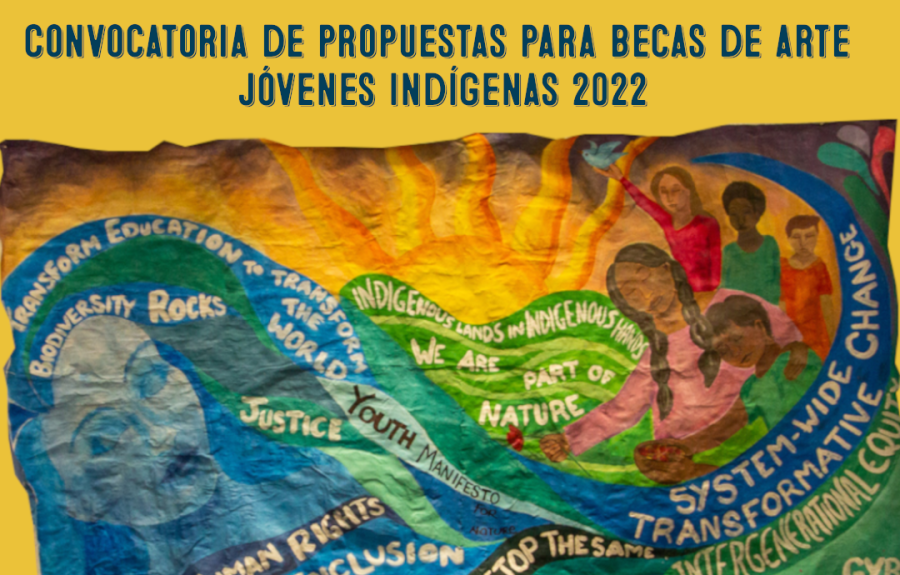 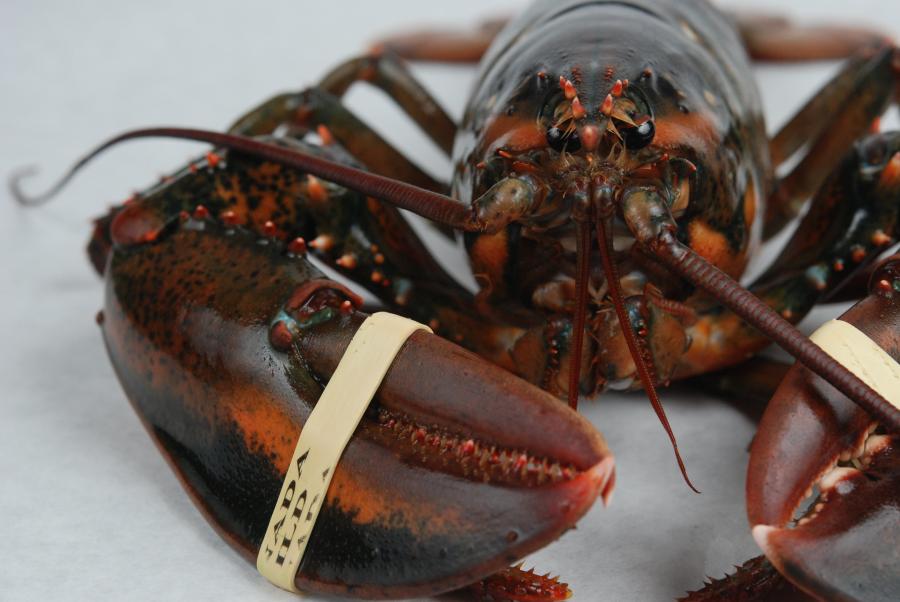