Rural Women’s Right to Free, Prior and Informed Consent 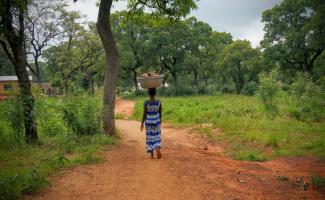 On March 4, 2016, the United Nations Committee on the Elimination of Discrimination against Women (CEDAW) released “General Recommendation No. 34 on the Rights of Rural Women.”

CEDAW is a United Nations expert body established to supervise the implementation of the Convention on the Elimination of All Forms of Discrimination against Women in countries that have ratified the Convention. CEDAW monitors the implementation of national measures to fulfill this obligation through reviews of each country every four years. It makes subsequent recommendations on issues that continue to affect women.

This most recent recommendation recognizes, for the first time under a binding treaty, rural women’s right to Free, Prior and Informed Consent before development projects are carried out on their lands. States are now required to ensure that rural development projects are implemented only after participatory gender and environmental impact assessments have been conducted with full participation of rural women, and after obtaining their Free, Prior and Informed Consent.

The recommendations address many aspects of rural women’s right to access lands, covering new standards on women’s land rights in the context of marriage and family, communal land ownership, land grabbing, and evictions. “Land ownership can be a transformative force,” explained Mayra Gomez, co-executive director of the Global Initiative for Economic Social and Cultural Rights and panelist at the UN Convention on the Status of Women in New York last March. “When women are able to enjoy their rights to land, a lot of things in their lives change for the better. Secure rights to land is related to being able to provide food for yourself and your family. It’s also been shown to help women mitigate the consequences of HIV, to lower the risk of experiencing domestic violence. Land provides economic security to women, giving them more choices as to whether they want to stay or leave an abusive relationship, providing them a safety net, and helps them to exercise autonomy in different areas of their lives.”

Rural Indigenous women are in a unique position to disproportionately experience poverty and exclusion and face systemic discrimination in accessing land and natural resources. They are also more likely to face barriers to holding leadership positions, experience more gender-based violence, and encounter difficulties accessing the justice system, according to CEDAW.

The General Recommendation acknowledges that rural women are not a homogenous group, but rather come from diverse and intersecting experiences. Yet, as a whole, Indigenous women experience discrimination not only due to their location, often in rural communities, but also their ethnicity, language, traditions, and gender. Indigenous women and girls are also at higher risk for trafficking and prostitution. The economic hardships of rural life, alongside a lack of understanding about how traffickers operate, can make rural Indigenous women especially vulnerable, particularly in conflict affected regions.

Indigenous women currently face many challenges regarding the implementation of their land rights. Governments and companies often fail to consult Indigenous Peoples about development on their lands, violating their right to Free, Prior and Informed Consent. CEDAW notes that for Indigenous rural women in particular, access to land, water, and other natural resources is sometimes dependent on marital status or a male guarantor. Their access to social services such as transportation, education, and healthcare is also limited.

Recommendation 34 provides guidance to States and lays out their obligations to make sure that women are protected from violation to their rights, whether those violations are committed by the state itself or third party actors like large corporations. The recommendations put forth should be used by governments to inform policies, and also by community groups to advocate for their rights.