Rising Seas Have No Regard for Sovereignty: An Interview with Seve Paeniu of Tuvalu 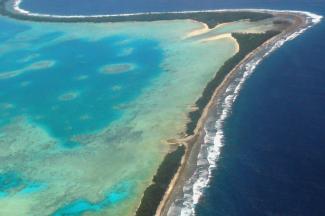 The late Tongan-Fijian scholar Epeli Hau’ofa famously reframed previously held notions of the Pacific from small dots inconsequentially punctuating an endless blue map, to, instead, a vast sea of islands: Oceania. Within the subregion of so-called Polynesia, Tuvalu exemplifies both notions; a nation both small and vast, with just over 11,000 citizens existing in communities across 8 low-lying coral islands and atolls: Funafuti, Nukufetau, Vaitupu, Nui, Nanumanga, Nanumea, Niutao, and Nukulaelae. Though its relative isolation spared Tuvalu much of the cultural and linguistic destabilization wrought by settler colonialism else-where in the region, geography couldn’t protect its people from World War II encounters with battling empires or the Trans-Pacific slave trade, which resulted in nearly two-thirds of the islands’ population kidnapped by slave ships from Peru and forced to mine guano in its Chincha Islands. Today, Tuvalu’s distance from major industrialized nations of the world renders it all but out of sight, out of mind—just as it finds itself in the midst of an environmental doomsday scenario wrought by the effects of climate change and rising sea levels, threatening to sink the country below the waves forever.

Seve Paeniu is Tuvalu’s current Minister of Finance, as well as an elected representative of parliament and cabinet member in the Tuvalu government. As the country navigates these frightfully uncertain times, his ministerial portfolio is responsible for addressing climate change issues toward empowering the nation and its people to chart the best course for their future. Cristina Verán recently spoke with Paeniu. 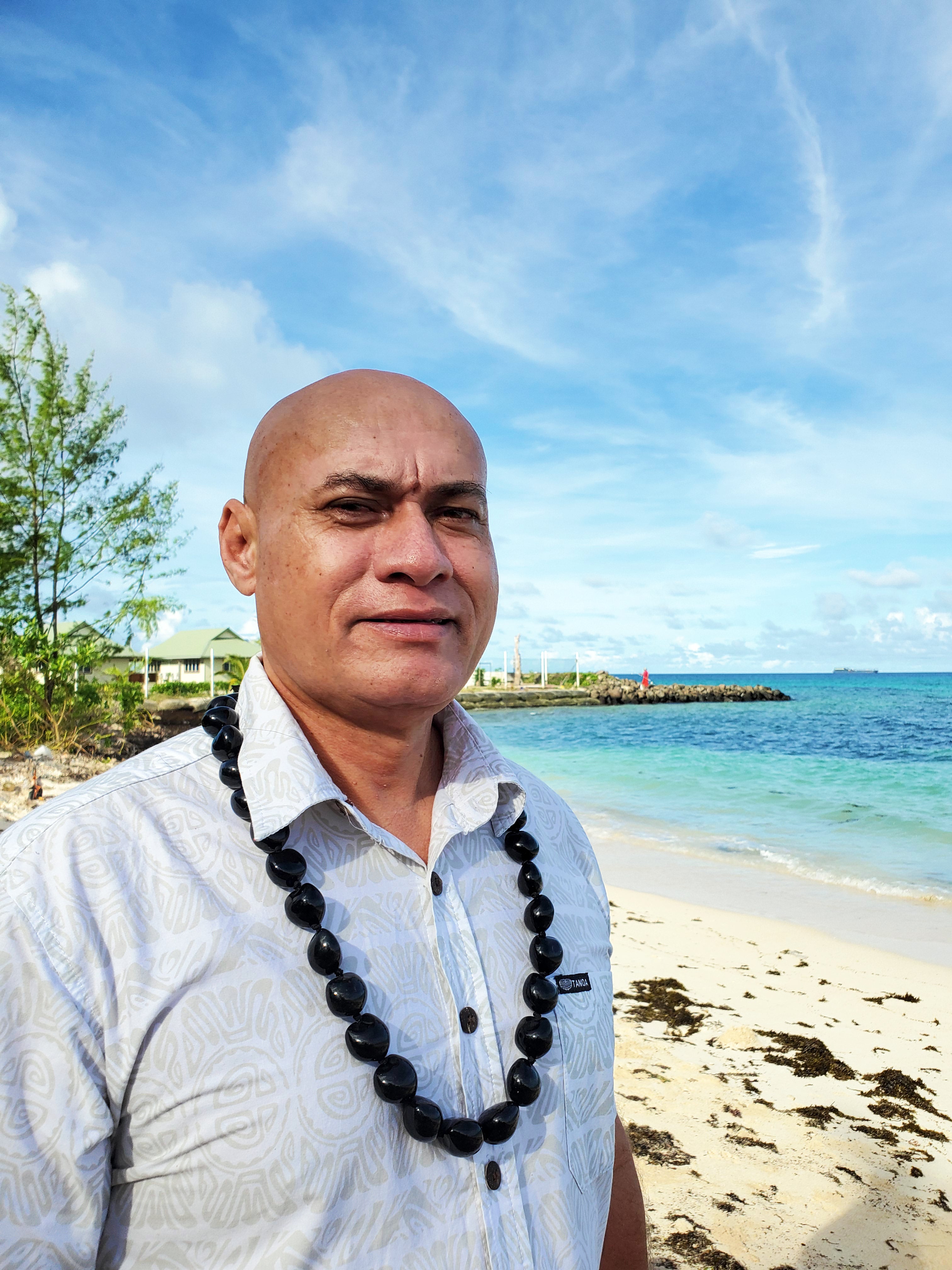 Cristina Verán: Please describe for us the current scenario Tuvalu is facing.
Seve Paeniu: Our country is living the full impact of climate change—rising sea levels, flooding everywhere, hurricanes, cyclones, and so forth. Storms are becoming more frequent and their intensity is much more pronounced compared to previous years. When strong winds coincide with king tides and swells, the force that comes with all that is quite traumatic and devastating to our people’s homes, their livelihoods, our infrastructure. Tuvalu’s crops are constantly being inundated by seawater and damaged by the winds. There is extensive land erosion and degradation all over, and, as our old folks have been saying, places where water didn’t usually get into are now regularly flooded.

CV: How does your office inform and consult with the people of Tuvalu on these issues?
SP: We’re a very tight and close knit society, so first we go out directly into our communities to gauge the views and feelings of our people, and then we hold national consultations on the relevant subject areas. The majority clearly articulate that they do not want to see Tuvalu disappear, or to leave it behind. 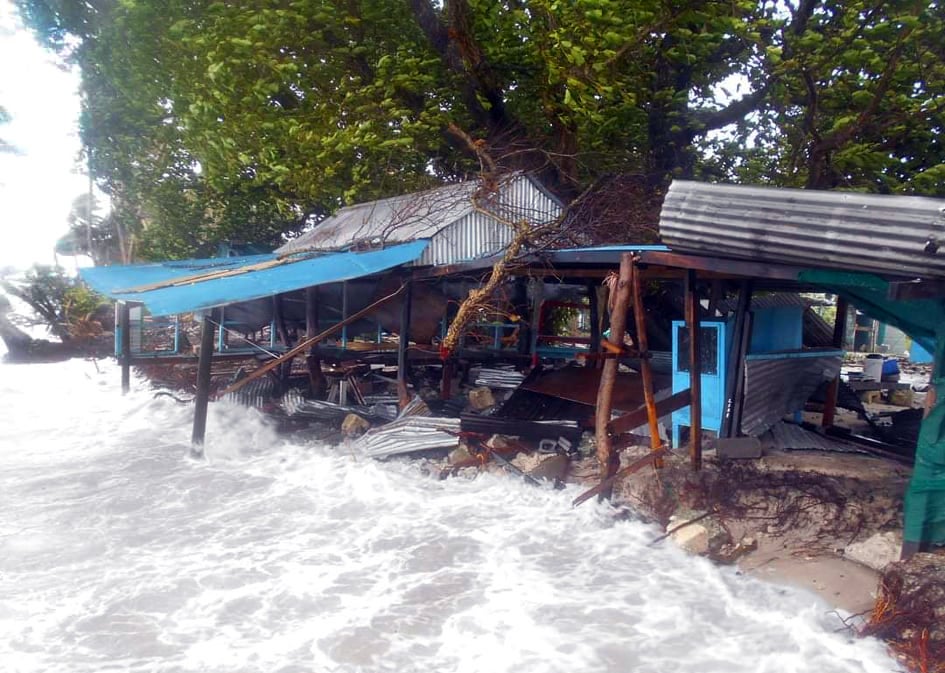 Damage caused by Hurricane Tino to standard homes on the island of Nukulaelae, this past January. Photo by Tusitapu Tapuaiga.

CV: Given the immediacy and gravity of the situation, what strategies can help mitigate the challenges?
SP: Our priority is on how we can adapt to make Tuvalu more resilient to the impacts of climate change, especially in terms of the safeguarding and protection of our land, as well as on land reclamation. In doing so, we look to reduce our vulnerability. To be able to realize those kinds of measures effectively, we need technology, expertise, and financial assistance, as well as innovation. The standard approaches—putting up sea walls, growing special vegetation to hold off erosion—aren’t going to be enough to save us.

CV:What are Tuvalu’s typical housing structures like, and how are they faring?
SP: Traditionally our homes have been ground level structures, but these are easily damaged by strong winds, waves, and flooding; particularly those that fringe the foreshores. So in response we have developed a new kind of house. It’s still in the Tuvalu style, but comprised of a solid concrete structure raised up on top of concrete columns.

On one of our islands, Nukulaelae, we’ve already been building them, and the results are promising. When Cyclone Tino struck in January, water rushed in and moved across the entire island, from the lagoon side to the opposite shore. Yet wherever these new structures were in place, it just passed right underneath them without disturbing the homes at all. We’re looking to replicate this model among the rest of our islands.

CV: Given that these conditions are likely to continue, and even worsen with time, what other options may
be considered if the Tuvaluan people decide it’s no longer safe to stay?
SP: Of course the alternative solution would be to leave Tuvalu for bigger countries where climate change impacts are not so pronounced. While our government priority remains focused on strategies to enable Tuvaluans to remain here, we do support the individual choices of those who wish to migrate elsewhere, where they and their families might be better protected. But rather than just relocating all of our people, carving out an official investment-migration strategy to secure land in, say, Australia or New Zealand or Fiji, we are instead providing the tools, education, and training so that they can more easily transition into the economic context of
whichever country they may go to—while at the same time encouraging them to maintain their links to Tuvalu.

CV:You mentioned land reclamation. How is it possible to reclaim land from low-lying coral islands and atolls that have already disappeared, or are close to being submerged?
SP: Technology for the building of islands already exists. It’s happening right now in the South China Sea, for example. China is literally creating new islands in the middle of nowhere, right over the deepest ocean. In the Indian Ocean, too, it’s happening in the Maldives, with islands that have similarly low-lying structures as ours. This is the future we see for Tuvalu; that even in the worst case scenario, as the sea levels rise, our islands might nevertheless remain afloat. 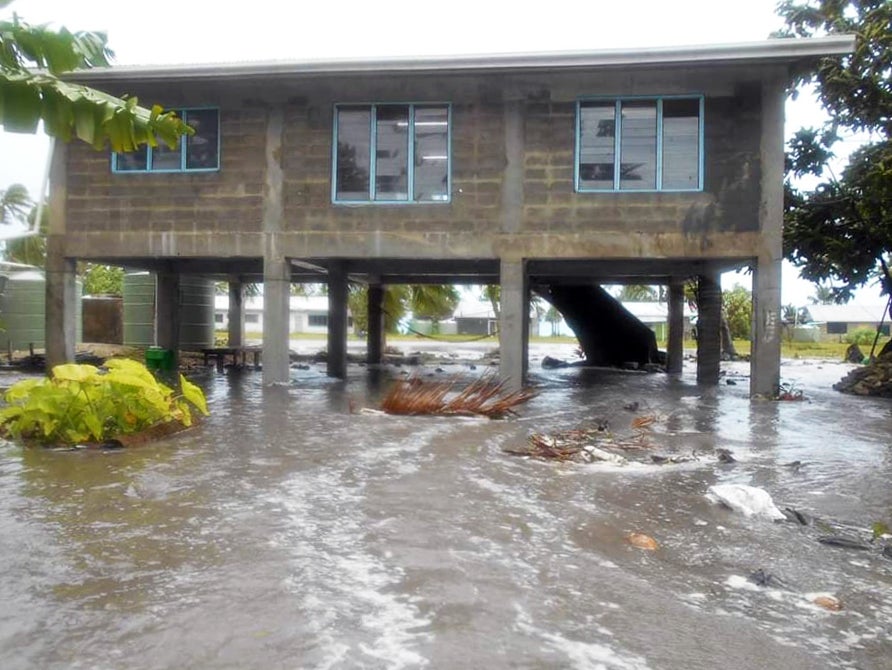 Newly designed more resilient concrete housing is now being built, allowing for water to pass underneath during flooding events.
Photo by Tusitapu Tapuaiga.

CV:That sounds very cost-prohibitive for a country of your size. What current or potential allies do you look
to in order to move closer to achieving that vision?
SP: In terms of the research needed, we look to the reputed body of scientists with the Intergovernmental Panel on Climate Change established by the United Nations Convention on Climate Change. Through our membership in the Small Island Developing States group at the UN, we also collectively lobby for our interests with the larger industrialized countries relating to climate change. We are setting up a new group as well, focused specifically on low-lying island countries, to advocate in the international arena for our peculiar shared interests. And we continue to work on a bilateral basis with Australia and New Zealand as our main development partners in the Pacific, while having discussions with Taiwan, as well as the U.S.

CV:With so many international experts and entities weighing in on Tuvalu’s situation today, how can you
ensure that Tuvaluans are directly engaged in the work that needs to be done?
SP: We continue to develop our own human capital and fortify our own local expertise. We have an increasingly
educated young workforce, with several Tuvaluan PhD graduates and a number of masters degree holders working in the agricultural and earth science fields, on climate change policy, and various other scientific fields—all in conjunction with specialists that we bring in from overseas to work on special projects.

The most urgent mission we have is to raise awareness within the international community. Whether you are at home relying on coal-driven electricity, flying around in airplanes, or driving automobiles using diesel fuel, you need to be aware: whatever actions you take, will, ultimately, either directly or indirectly, have an impact on Tuvalu.

— Cristina Verán is an international Indigenous Peoples’ issues specialist, consultant, researcher, strategist, curator,
educator, and media maker. She is a longtime United Nations correspondent and was a founding member of the UN Indigenous Media Network.