Reflecting on the UN Declaration on the Rights of Indigenous Peoples 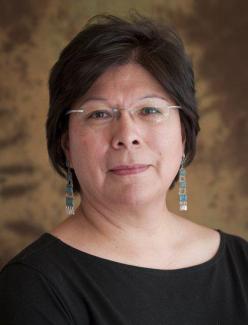 Today, we look back and realize the distance we have come in getting the Declaration adopted and the distance we have to go in its implementation.  I think about the struggle and history of resistance of Native people in the United States, the stories in my family and community, the contemporary activism that began to emerge in the ‘50s and ‘60s, and the recent resistance at Standing Rock. This is one backdrop among many across the world influencing and shaping the Declaration. The UN Declaration on the Rights of Indigenous Peoples is about our collective histories and lived experiences, our struggles and lives today, and future generations. It is a living document made of history, memory, hope, justice, peace, and spirit.

At the same time, as Les Malezer says, ”At this stage, 10 years since the Declaration was adopted, I am disappointed that not enough has been done by governments to form partnerships with Indigenous Peoples...Forming partnerships to advance rights is high on the agenda, but not much has been done, not enough.” Grand Chief Edward John states, “The challenges are still far greater than the positive changes that have been made. But, now people are using the Declaration as a very important framework, we need to pursue that...We can’t let the foot off the gas. We need to continue to press it as hard as we can.”

We would all agree there remains a great distance to go. Our demand for our rights, our resiliency, and our self-determination will take us there.