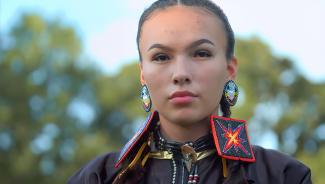 Daunnette Moniz-Reyome, a proud member of the Umoⁿhoⁿ Tribe in Nebraska, is turning 19 this year. She began modeling at age 13, appearing in multiple spreads and videos by Teen Vogue, which opened up the world of media attention to her. Despite her passion for the modeling and entertainment industries, Moniz-Reyome struggled to find Native American models to look up to. So, she decided to become that model for other Native American youth. As she grew, so did her passion for expanding Native American representation. In high school, while modeling and maintaining her status as an honor roll student, Moniz-Reyome also started taking on independent projects that explored both the joys and challenges of being a young Indigenous woman in the 21st century. Her passion and work eventually led her to the United Nations International Day of the Girl event in 2017, where she spoke on the continued lack of understanding about Native American cultures.

A few years later, at age 17, Moniz-Reyome made a film, “Against the Current”, with Films BYkids, a documentary series that airs on PBS stations and is produced by the nonprofit, BYkids, in partnership with THIRTEEN, America’s flagship PBS station. Films BYkids pairs master filmmakers with teenagers from around the world to create short personal documentaries about globally relevant issues. Moniz-Reyome’s film tells her story of struggle and triumph as she and her family work to retain the values of her culture in a community struggling with substance abuse, depression, and suicide. In the film, she shares her family’s journey to revitalize traditional ways and ceremonies to heal historical trauma in her community with strength and dignity. She uses her platform to speak out for her community and Indigenous youth, fighting against cultural appropriation and stereotypes and bringing attention to Indigenous issues.

Cultural Survival: Tell us your story. How did you get into modeling?

Daunnette Moniz-Reyome: I’ve always been really tall. I was about 11 years old when a woman approached my mother saying she thought I would be a great model. My mom talked to me about it and at first I was like, no, as I was kind of a little tomboy. So I didn’t really think it was my thing. My mom did not force me into it, but she brought me to a casting, a hair show. I ended up booking it and it was really fun. I really enjoyed myself, so that’s kind of where it started. I only did the one job and then kind of just fell off from it because we ended up moving, and I stopped for about a year and a half. Then all of a sudden I wanted to do it again. We were living in Atlanta at the time and my mom had started calling all over, trying to book me different photo shoots and runway shows. 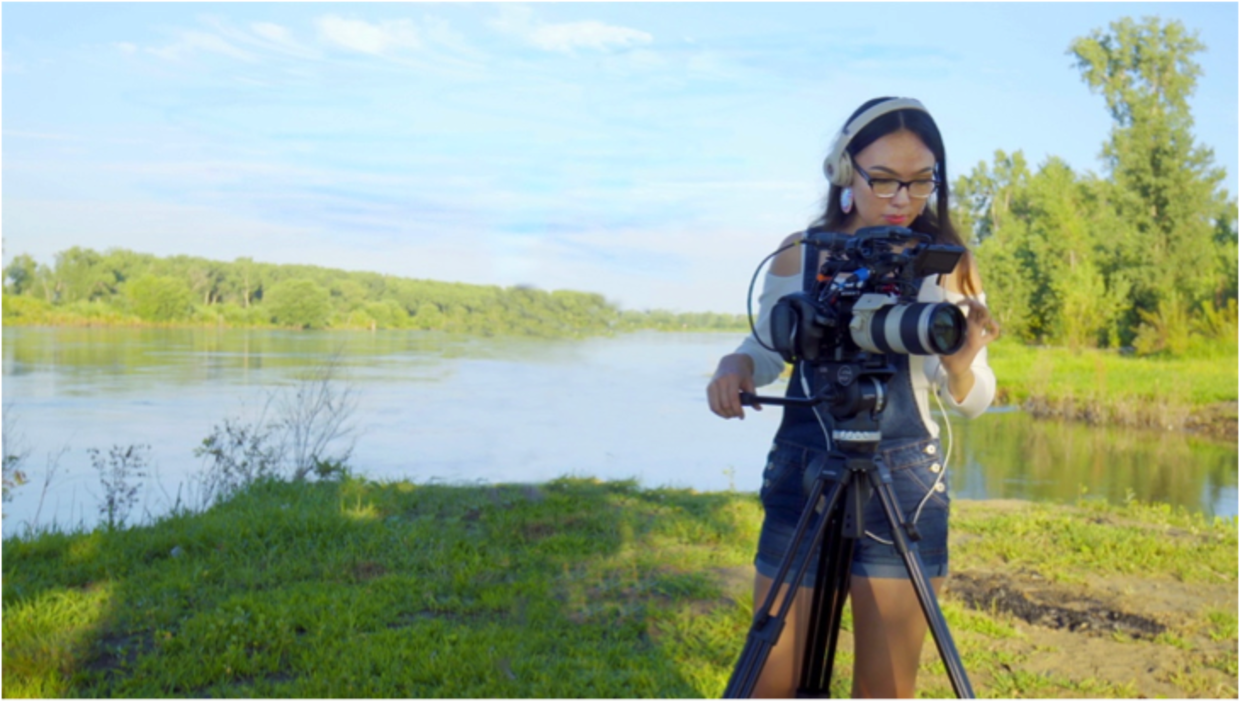 When I was 13 years old, there was a casting posted on Instagram looking for a Native American model. It didn’t say that it was for Teen Vogue, it just said a major media magazine. My mom is really good on Instagram and sent all my information, and I ended up booking my first job with Vogue. It was actually really surprising because I didn’t even know that my mom had submitted me for that job. I was in school on a Thursday. I was in eighth grade at the time, and my mom messaged me and said when you get home, we gotta pack and leave for New York because you’re going to be shooting for Teen Vogue. And I was like, stop lying to me. She sent me the email with the details. Then I started telling all my friends and my teachers. It happened quickly. I’m from a small town in Nebraska, so it was a big deal. I was not only representing my family, but my whole community. Everyone at home was so excited for me, resharing my pictures and articles and literally made it go viral. I appreciate my hometown. There’s always going to be someone behind me, always pushing me to do better and to be better and to learn more and do more. I’m grateful for my community.

CS: How did you become a filmmaker?

DMR: That journey actually started back in 2017 after I had given a speech at the International Day of the Girl at the United Nations in New York City. After the event, people were coming up to me and other panelists. Holly Carter of Films BYkids approached me and gave me her card. She said, “I’d be really interested in sending a film crew your way and just letting you tell your story.” That sounded really exciting to me. But then I moved again. I was living in Tennessee at the time. And we started getting emails and conversations going about what we are going to make this film about. In August of 2019 we finally started shooting. Evan Mascagni and Nick Capezzera, they were my co-directors and helped me with everything, shooting and interviews.

The name of my documentary is called “Against the Current.” It was released in April 2021. It covers a lot of the things that I’m passionate about, my concern about my community and my people themselves. I talk about drug and alcohol abuse within the Native community and missing and murdered Indigenous women. Films BYkids funded and is distributing my documentary on public tele-vision stations around the country. They uplift inspirational youth from all over the world who have a story to tell. Basically they give them a camera and give them the platform to communicate what matters to you, what do you want the world to see, whatever you’re passionate about, whatever your mind and heart tells you to speak about. They give you the tools and everything to show the world what you do.

DMR: Domestic violence within the Native community, the adversities that my people face that the public does not really get to see. The reason I’m so passionate about this is because, one, I grew up witnessing some of that myself. The other reason is because I have family and I have really close friends that deal with these kinds of problems themselves. So I figure, I have a platform, I have a good following, why not educate people on it? Why not talk about it? So that way, maybe those people that I’m close with, maybe they don’t feel alone or they’ll find comfort in knowing that someone like me cares. 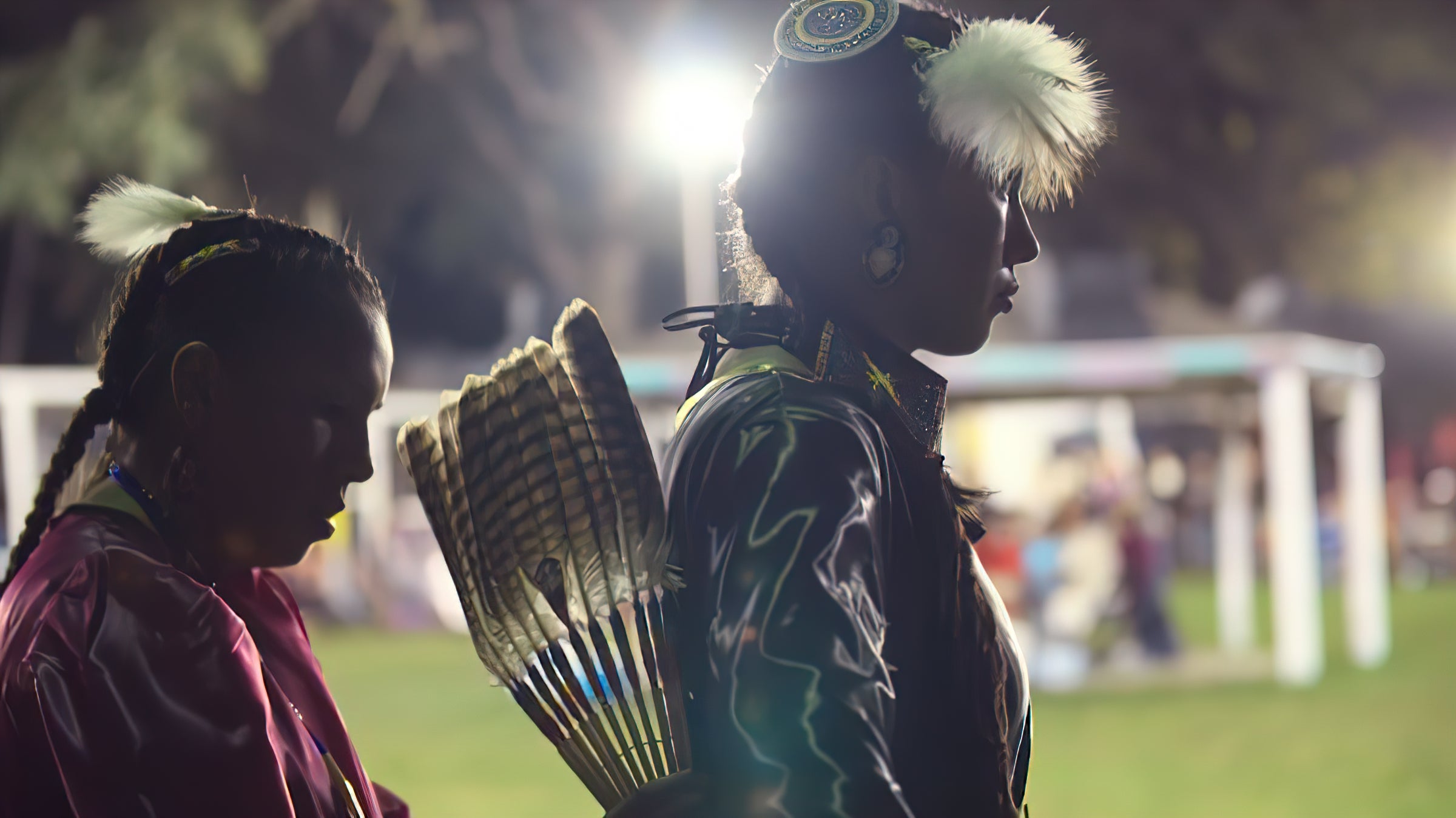 CS: What advice do you have for Indigenous youth today?

DMR: Never give up on yourself. Always believe in yourself. Always have a dream and always have a goal. There’s going to be days where you don’t feel up to it, you may be thinking, “maybe I should just quit.” But don’t quit, because that was me. Maybe four or six months before Teen Vogue reached out to me I was sitting on my staircase crying to my mom, saying, “Mom, I’ve been doing this for so long, nothing’s happening. I just want to quit. I don’t want to do this anymore. It’s not fun anymore.” My mom picked my head up and was like, “Hey, we’re not giving up. You didn’t give it enough time yet.” Eventually I booked my first job with Teen Vogue. Never give up on yourself, because your dreams can come true.

Watch “Against the Current” at: www.pbs.org/video/against-current-ycqmst.