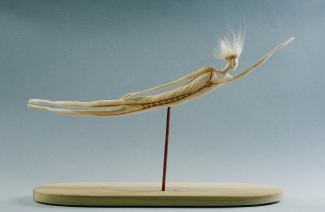 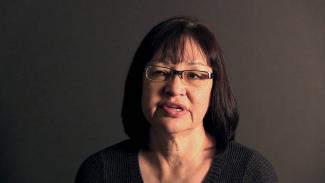 I write as a sculptor of walrus ivory and bowhead whale bone, and as a founding member of Sikuliiq: Alaska Native Artist’s Advocacy Group. Sikuliiq means “new, thin ice along the edges of older floes.” It is a Siberian Yupik word from St. Lawrence Island in northwestern Alaska, my birthplace. As artists and allies we formed our Facebook group in response to the fallout to our precious subsistence resource of walrus ivory, stemming from President Obama’s 2013 Executive Order on Combating Wildlife Trafficking aimed at ending the elephant ivory trade.

Our legal and sustainable use of walrus ivory from food sources has been conflated with the tragic poaching of African elephants. While the executive order includes an exemption for items permitted under existing federal legislation, not many people know that this includes the Marine Mammal Protection Act (MMPA). Consequently there is mass confusion about what exactly is now illegal, and some states have banned walrus ivory, despite the Act.

Our artists are important providers within our communities through the small revenue our arts and crafts generate, in accordance with the cultural value that prohibits waste. In some remote communities, with a 75 percent unemployment rate, our work is the only economic resource. The income is used by our hunters for further subsistence pursuits, a never ending responsibility of our providers. On St. Lawrence Island, approximately 70–80 percent of our food continues to be from the sea.

According to some published scientific estimates, walruses are now at capacity for the arctic and subarctic ecosystems that we share, which demonstrates a successful recovery from the devastating commercial European harvests of these mammals for oil and ivory in the 1800-1900s. This heedless slaughter contributed to a year of starvation and death in 1879 on St. Lawrence Island, where only 200 people from an estimated population of 3,000 survived. Many of these deaths were from our lack of immunity to the diseases these foreigners carried, in addition to severe weather conditions and the decimation of the whale and walrus populations.

Significantly, we continued to harvest walruses during this entire period of recovery, proving that our sustainable use does not cause an endangered status. An informative white paper from the MacArthur Foundation, Indigenous Peoples and Conservation, notes the growing global awareness of the important role Indigenous cultural values contribute to successful conservation. We have sustainably managed our environments and animal populations for centuries. We are aware of the balance required to safeguard the earth’s natural resources, and our methods are now studied and emulated. Indigenous People suffer displacement and severance from their sustainable resources and tribal territories, a cruel irony, given our stewardship role.

An example of successful stewardship is found on St. Lawrence Island. Our leaders opted out of the cash settlement provided in the Alaska Native Claims Settlement Act and retain fee simple title, surface and subsurface, to our ancestral territories. In the four decades since the passage of the settlement act, our Native organizations have declined numerous offers from mineral and oil field companies to develop our resources. We are less than 40 miles from Russia and our kinship-based clans extend across the continents. We have consistently chosen to protect our environment for the sake of the animals on which we depend, whom we respect as sentient beings. While sporadic poaching incidents do occur, they are not frequent. It is understood that the actions of a few implicate our entire cultures in the double standards of the dominant culture. We who depend on the walrus for nutritional needs, and walrus ivory as one of our few economic resources, were not provided an opportunity to express our concerns and issues.

We who are not poachers or sports hunters of elephant ivory, have been banned by association, regardless of our rights. It is highly unlikely that we’ll be compensated for our losses, and we now must expend unnecessary financial resources fixing this legislation.

Due to our current erasure by our government agencies, and in blatant disregard of our legal rights afforded under MMPA and Tribal Consultation, our market is slowly but surely being eliminated. In Greenland, a ban on seal products destroyed 90 percent of our fellow Inuits’ seal product’s market. This effort was led by conservation groups and their opposition to the inhumane methods of non-Native commercial sealers. This situation is identical to ours in that seals are an important food and subsistence resource of circumpolar peoples.

In the European Union seal ban, the Prime Minister of Denmark stepped in belatedly to protect the rights and resources of the Greenlandic people, but their market has yet to recover adequately. Greenpeace apologized in the media for their role in this destruction to an ancient people’s culture, vowing they’d do better in the future. My fear is that this scenario is now replicated in the United States, and that this is just the beginning of eliminating all products not from commercial enterprises, such as leather from cattle. States have listed whales, polar bears, and sea otters in their bans. These are also important food sources and the inedible portions produce arts and crafts, and again MMPA protects our right to harvest.

We now may face a costly and lengthy battle in federal court to protect our rights under MMPA. We bear the brunt of the cost of fixing this mess that is not of our creation. We do not have access to the kinds of revenue of these conservation agencies to raise awareness and build sensitivity for the human concerns in the realm of this anti-trafficking movement. All countries with ivory issues must create and fund their National Ivory Action Plans. We are not identified as a source country, though we absolutely are, and are not provided with the tools and funds necessary for our own capacity building, which we now require to maintain a vigilant safeguarding of our few remaining resources.

Our villages face the reality of our sea mammals carrying high levels of PCBs in their fat layers. The world’s pollutants travel to our cooler regions and settle in the environment. Climate change brings sinking villages and disappearing ice, thawing permafrost, and the release of methane gas. We face uncertain futures. Our newly open seas are regarded as a highly anticipated opportunity by many countries not remotely connected to our environment. Our rights and culture must be protected within this modern day gold rush. We must be treated fairly and equitably, and there must be the creation and articulation of ethical protocols demanded from all agencies that want to do business in our ancient homelands. We must share in the co-management of resources, and in the opportunities and challenges brought by the very possible tremendous change to our world, again.

The local and Indigenous populations should be the designated points of accountability for conservation groups in their work within our regions. We demand that more funds from their coffers provide for the poverty, habitat loss, and climate change issues that impact elephant and other animal populations. There is little to no accountability in the current scenario. Decisions are made by people far removed from our realities, such as the overreach of eliminating all ivory markets worldwide, regardless of differing regional concerns and situations. Our sole economy in some regions of Alaska is set to suffer unnecessary and perhaps unrecoverable damage and possible elimination without any consultation. When our rights to consultation are routinely ignored, as in Standing Rock, or in this overreaching wildlife trafficking ban, we pay for our crime of being the original people on this land. Now they want to ban our art. We need and demand change. This isn’t just about an economic resource, it is about our art, which has always been about our reverence for the nature’s regenerative life force. When will enough be enough?

—Susie “Paallengetaq” Silook (Yupik and Inupiaq) is a carver, sculptor, and writer. She was born in Gambell, Alaska, and currently resides in Puyallup, Washington.