Piecing Together Māori, Word by Word 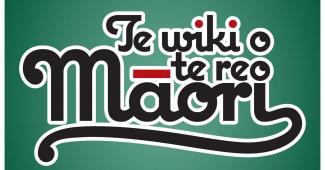 The beautiful thing about language is that it has the power to define the world around us.  By protecting the past and looking towards the future, it embodies exactly what it is we are all about.  It connects people, bringing them closer to their lands, traditions, and to each other.  As Joseph Te Rito, the chairperson of Radio Kahungunu based in Hastings, New Zealand, states, “Should a person’s language become endangered, so does the culture of that people become endangered.”

In the past few centuries a cultural epidemic has taken hold in New Zealand leaving only nine percent of the Māori population fluent in their native tongue.  This epidemic threatens to destroy their language along with their valued traditions.  However, New Zealand has been working to reverse the effects of colonization and revive the valuable Māori culture and language.  These revitalization efforts have primarily come about through classroom teachings, increased emphasis on Māori language use in the homes, and the support of electronic media.

A 1995 survey found that nearly 60 percent of Māori adults spoke a certain amount of Māori, while 83 percent of the overall population admitted that they had low fluency or simply did not speak it at all.  English is by far the main language used by adults, while the Māori language was most commonly heard on the marae (ceremonial space) in a Māori community.  Now, after close to four decades of efforts towards language revitalization, individuals over the age of 55 as well as those under the age of 15 are more likely to understand Māori, thus proving major progress in the daunting task of language reversal.

The winds of change began with the Māori Language Week in 1975; three years later the first bilingual school opened at Ruatoki in the Urewere, and then finally came the first Māori-owned radio station, Te Reo-o-Poneke, in 1983.  In 1987 Māori was proclaimed an official language of New Zealand alongside English and New Zealand Sign Language under the Treaty of Waitangi. In 1988, frequencies were made available by the New Zealand government for a network of individual Iwi (tribal) radio stations. The government now provides $9 million US dollars annually to fund Māori language radio around the islands.

Not only has the interest and passion that the Māori people hold for the language been reignited, but the way in which the community is providing access to the language has changed.  No longer does the Māori language resemble a priceless and sacred yet slightly dusty artifact one might find locked away in a museum.  This language is now fluid, pouring out of radios nationwide in the useful and relatable form of music, media, sports, and current events. There is a new counterculture that young people feel they can relate to and understand in a way that no classroom could reach them. Wena Tait, station manager of Te Upoleo o Te Ika, based out of Wellington, stated that the “focus of Iwi radio is on the development of community engagement and Māori Language outcomes.”  By fostering community participation through sponsoring different events such as barbeques or free concerts, or by collecting donations for the Christchurch Earthquake victims, radio stations are creating a community that would not  have existed 30 years ago—all while encouraging the revitalization of the Māori, or Iwi, language.

An important key to keeping language alive is to instill it in the minds of the next generation. The world is becoming increasingly centered around media and the various electronic devices that deliver that media to the masses. To this end, various Māori community-based radio stations have been set up across New Zealand devoted to reviving the Māori Language since the New Zealand Broadcasting Act of 1989. The Act was promoted by the Waitangi Tribunal. There are now 21 Māori language radio stations active throughout the islands, broadcasting from New Zealand to New York, each delivering eight hours of Māori language content daily. Government funding today provides for a radio distribution system that links all 21 stations as a national network, a national radio news service and midnight to dawn programs available through the network system, and a pool of Māori music. The Act also included the Māori Radio Board, which promoted Māori language and culture by reserving a number of radio frequencies exclusively for Māori use.

One of the first such stations was Raukawa FM, established in 1990 by Emare Emily Rose Nikora in Tokoroa.  An advocate for Māori language and development, Nikora was an electronic media pioneer of her time, working and promoting Māori radio for 20 years before retiring.  From the station’s beginning, the involvement of the surrounding Indigenous community has been encouraged.

Te Mangai Pāho (Mouthpiece of the Airways) Māori Broadcasting Funding Agency in Wellington was established in 1993 under the Broadcasting Amendment Act. The agency works to promote the language and culture by funding television and 21 Iwi radio stations, ensuring the broadcast of eight hours of Māori language daily, and also allocating a sizeable amount of funding to protect independent Māori language programs.  In 2004, Māori Television was launched.  Te Mangai Pāho’s mission is to spread the Māori language “every day, every way, everywhere,” reaching out globally to those who have a keen interest in keeping the culture alive and bringing them “the joy of the language.”  The intention is to stabilize Māori-English bilingualism as a valued part of society in New Zealand and to integrate it into daily life.

The future of Māori language rests with its people and the support of the government. With the assistance of radio, youth are steadily beginning to pick up the pieces of a broken language and string them together word by word. The beauty of this important language is in the process of rediscovery.  As Tait said, “Broadcasting brings to Māori language revitalization a powerful medium for social change. Radio and television make a culture and language accessible and raises their profile.”  We have seen throughout the world that the new revolution of social media in the form of radio, TV, Facebook, Twitter and so on, allow waves of change to radiate over vast distances with powerful and lasting effects. The cries for language revitalization are growing louder over the 21 Māori radio frequencies. The time is now.

---Erin McArdle is an intern at Cultural Survival.