Our Oceans. Our Future. The United Nations Discusses Oceans 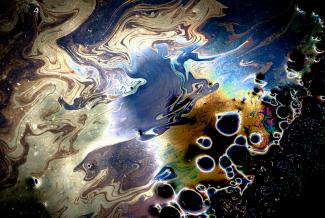 Oceans play a fundamental role for life on earth, providing over 70 percent of the oxygen we breathe and over 97 percent of the world’s water supply, not to mention being a source of food. Yet, our oceans are under threat, with only a tiny fraction—just 3.4 percent—being protected. We have seen the disturbing images of islands of plastic and trash floating in the ocean; turtles with plastic straws stuck in their nostrils; birds dying because of the amount of trash consumed and discarded. The floating mass of plastic in the Pacific Ocean by at least one estimate is believed to be twice the size of the continental U.S. Every year, more than 8 million tons of plastic is dumped into our oceans; according to another estimate, by 2050 there could be more plastic in the ocean than fish. And we hear about the impacts of climate change: warmer ocean temperatures are causing the melting of arctic ice caps, and rising sea levels are having an additional negative effect on the ocean circulation.

Indigenous Peoples are at the frontlines of impact for climate change; about 27 million Indigenous people in nearly 2,000 communities across 87 countries live in coastal communities. Rising sea levels have forced whole communities to relocate, as was the case for Vanuatu and Tuvalu, the first “climate change refugees.” A 2017 analysis by the Center for Progressive Reform showed that 17 U.S. communities (5 on the continental mainland and the remaining 12 in Alaska) have had to relocate due to climate change; most of them were Indigenous. Coastal communities experience flooding, extreme weather, and erosion at quicker rates than other parts of the country. Loss of access to traditional lands and territories is also linked to loss of ancestral, spiritual, totemic, and language connections rooted in those areas.

Seafood is a crucial source of subsistence and closely tied to Indigenous cultures. Overfishing, killing of top predators, pollution, ocean acidification, coral bleaching, and the oceanwide migration of fish due to climate change threatens these resources. According to a recent study by Nippon Foundation Nereus Program at University of British Columbia, Indigenous people who live in coastline communities consume 15 times more seafood per capita than people in other parts of the world —about 2.3 million tons, or 2 percent of the global catch.

Pollution does not only affect marine life and their environment, however. It also affects human health. Tourism, overdevelopment, aquaculture (fish/shellfish farming), ocean shipping, and oil and gas spills are all sources of pollution. Every day, toxic chemicals are dumped from industrial sources or flow off land and directly into our rivers and streams, eventually ending up in our oceans. The number of dead zones (swaths of ocean that do not support life due to a lack of oxygen) is growing at an alarming rate, with over 400 now known to exist. Nearly 9,000 square miles of ocean along the Gulf Coast are uninhabitable by marine life, loaded as they are with agricultural toxins and devoid of oxygen. Substances such as oil, mercury, lead, pesticides, and other heavy metals can all be found within the ocean as byproducts of coal combustion, waste incineration, mining, and other environmentally detrimental activities. Indigenous people in the Arctic are especially susceptible to the effects of methylmercury exposure because they consume large amounts of fish and marine mammals as part of their traditional diet.

The UN Ocean Conference, the first world conference to address one of the 17 United Nations Sustainable Development Goals, focused on Goal 14: Life Below Water, to “conserve and sustainably use the oceans, seas, and marine resources for sustainable development.” Fiji and Sweden co-chaired the gathering last June at UN headquarters in New York. More than 6,000 people attended the conference, which also featured 150 side events and 41 exhibits. Discussion topics included plastic pollution, sea level rise, and illegal fishing and the protection of marine life, along with the relationship between the health of the ocean and the wellbeing of current and future generations. In order to stress the interconnectedness between the ocean and humanity, discussions on pollution and overfishing were tied to topics such as alleviating poverty, ending hunger, promoting health, ensuring access to water, and sanitation. Peter Thompson, President of the UN General Assembly, described the connection: “When it comes to the ocean, it’s the common heritage of humankind. There’s no North-South, East-West. If the ocean is dying, it’s dying on all of us.”

Pacific Islands Developing States highlighted the importance of international cooperation by bringing heads of states to participate, while also renaming themselves Large Ocean Nations. Samoa Prime Minister, Tuilaepa Aiono Sailele Malielegaoi, explained, “The Pacific Ocean provides our cultural and historical identity since time immemorial. The inseparable link between our oceans and Pacific Islands peoples, including our spiritual connection, is the key to our sustainable future. We are the custodians of the world’s richest biodiversity and marine resources. The Pacific unites our islands in common purpose. The Pacific is the lifeblood of our society. It is the fabric of unity we have woven. The Ocean is our life.”

Throughout the Ocean Conference, the global community recognized that the world is at a critical crossroads and humanity needs a holistic system honoring our ocean. “If you think about it, it’s about taking care of your family,” said Aulani Wilhelm, a Kanaka Maoli with decades of experience in marine protected areas and senior vice president for Conservation International’s Center for Oceans. Speaking about Malama Honua (Caring for Each Other and the Earth) and the creation of Papahānaumokuākea Marine National Monument, she said, “It’s a cultural and moral imperative to think about the oceans. We didn’t have a rights-based approach to go about. We had a genealogical mandate that gave us the guiding force.”

The Pacific Ocean was also significant in the side events, with standing room only in the event on Deep Seabed Mining. Another side event, Voices from the Blue Frontier: Ocean Governance Between Blue Economy and Human Rights, brought together academics, advocates, attorneys, and a Catholic cardinal to discuss how to protect people and the planet. The conversation centered around the UN Declaration on the Rights of Indigenous Peoples, specifically Free, Prior and Informed Consent. The panel covered the surveys being conducted in the Pacific and the need to involve Indigenous Peoples closely.

Cardinal John Ribat of Papua New Guinea commented on the impacts on Indigenous Peoples in coastal communities, warning, “All they were enjoying before will be gone.” Ribat focused on uniting by “encouraging people to protect and preserve the common good of our people.” The panel also covered the newly released report, Resource Roulette, which provides a comprehensive mapping of law and policy governing deep seabed mining, with a focus on violations of the cultural rights of Indigenous Peoples.

The world responded to the call to realize Goal 14 with 1,400 voluntary commitments pledged to protect our planet. States, academic institutions, and civil society mobilized to continue the work of the world conference for conservation of natural aquatic resources and sustainable practices. The conference ended with the adoption of a 14-point call to action titled Our Ocean, Our Future, which was presented at the UN High-Level Political Forum on Sustainable Development in July. The call to action included points about fostering ocean-related education and marine scientific research, along with strategies to raise awareness of the natural and cultural significance of the ocean. For Thompson, the call to action “affirms our strong commitment to conserve and sustainably use our oceans, seas, and marine resources for sustainable development.”

— Joshua Cooper is a lecturer at the University of Hawai’i at Manoa Center for Pacific Island Studies, and director of the International Network for Diplomacy & Indigenous Governance Engaging in Nonviolence Organizing for Understanding & Self-Determination (INDIGENOUS).