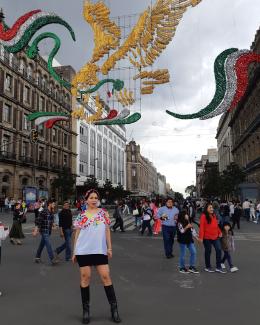 In Acatlán, Mexico, when someone dies, a blessed palm is reserved for Holy Week that will be used both for the shoes that the dead person will wear in the coffin, and to make a cross that will be placed in their hands. Before their death, people choose the clothes they want to wear to the grave. Inside the coffin is a small amphora that is filled with water, a handful of corn or bread, and a good amount of clothing that they wore in life. Food is prepared for the vigil, which can be atole or coffee and bread. At the burial, low-income families offer soupy beans, rice, and tortillas, as well as pickled chili peppers. These foods are distributed to everyone who has been accompanying the family since the day before the burial, but rations are also sent home for relatives or to be eaten later. Those who can afford it prepare red mole with chicken.

After the burial, the prayers continue for nine days. When the novena ends, it is celebrated with pozole, red mole with chicken or pork, and bean tamales. On the Day of the Dead, food will be offered to the deceased on the altar and a candle will be lit in their memory. As long as there are relatives, the deceased are not forgotten. Most of the people in Acatlán assume that this ritual will accompany them in their death, and in fact it is what happens. But in the case of a Trans woman who was born in that community but had to leave her home due to intolerance, what will her death ritual be?

Daniela Esmeralda are the names that I chose for myself and that have been legally recognized on my new birth certificate. I am now what Western culture considers a “Trans woman.” When I was born, my mother gave birth to a child but that child was never happy and had to emigrate to a big city to find her freedom. In my adolescence my mother gave me a nickname, Ixaha told me, because my eyes would fill with water, perhaps because of the sadness of not being able to fulfill the dreams of my parents for being their son. 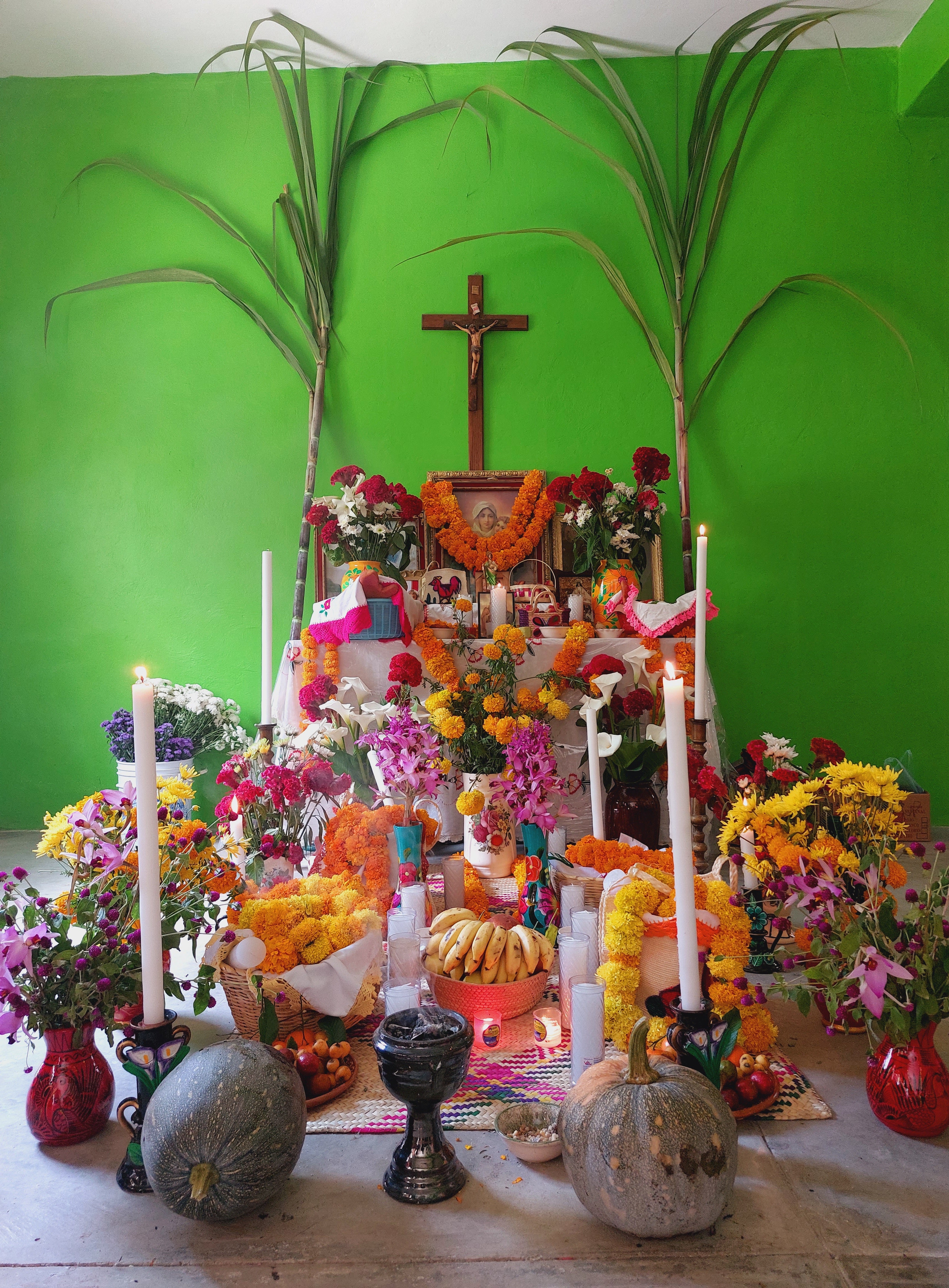 Day of the Dead offering at Vázquez’s parents’ house.

Gender roles in my community have continued without significant changes for several years. In most of the traditions and in daily life men assume their roles and women theirs. For example, in a death, the men are in charge of taking care of the pozole all night, going to look for firewood and keeping the fire burning, and checking that at dawn both the meat and the corn are cooked, since they serve as breakfast. The women are the ones who cook the beans and make the tortillas and the rice or the mole that are eaten in the afternoon. Neither women nor men are allowed to engage in any activity other than their own. Men have a higher hierarchy in the community, therefore having a son is considered valuable.

Due to the rigidity of the binary system, transitioning in an Indigenous community like Acatlán is a complicated process. There are no references to a past that would allow certain people to transition from one gender to another or suddenly modify their bodies to resemble to a sex other than that assigned at birth. “Small town, big hell” is a Mexican proverb, since there is a whole network of surveillance of bodies and genders. This surveillance is followed by physical violence to modify atypical gender behaviors, rejection, and something known in Nahuatl as pinauistli, which literally means shame. In a community where people continually gather in various activities from parties to community work, shame leads to isolation and lack of participation in community life.

I left my community when I was 15 under the guise of continuing my studies in Mexico City, but the real reason was unbearable family tension due to my gender identity. In the capital, I found freedom and started my transition. I visited my family every month, and every month they witnessed the changes that my image and my body were undergoing. On each visit my father forbade me to leave the house, as he did not want the neighbors to see me. For someone who had held important positions within the community, to find out that he had a son who was transitioning into being a woman was a great source of shame. They stopped taking me to family parties, or any other community event. Over the years, my visits became more sporadic: some birthdays, Day of the Dead, Christmas. 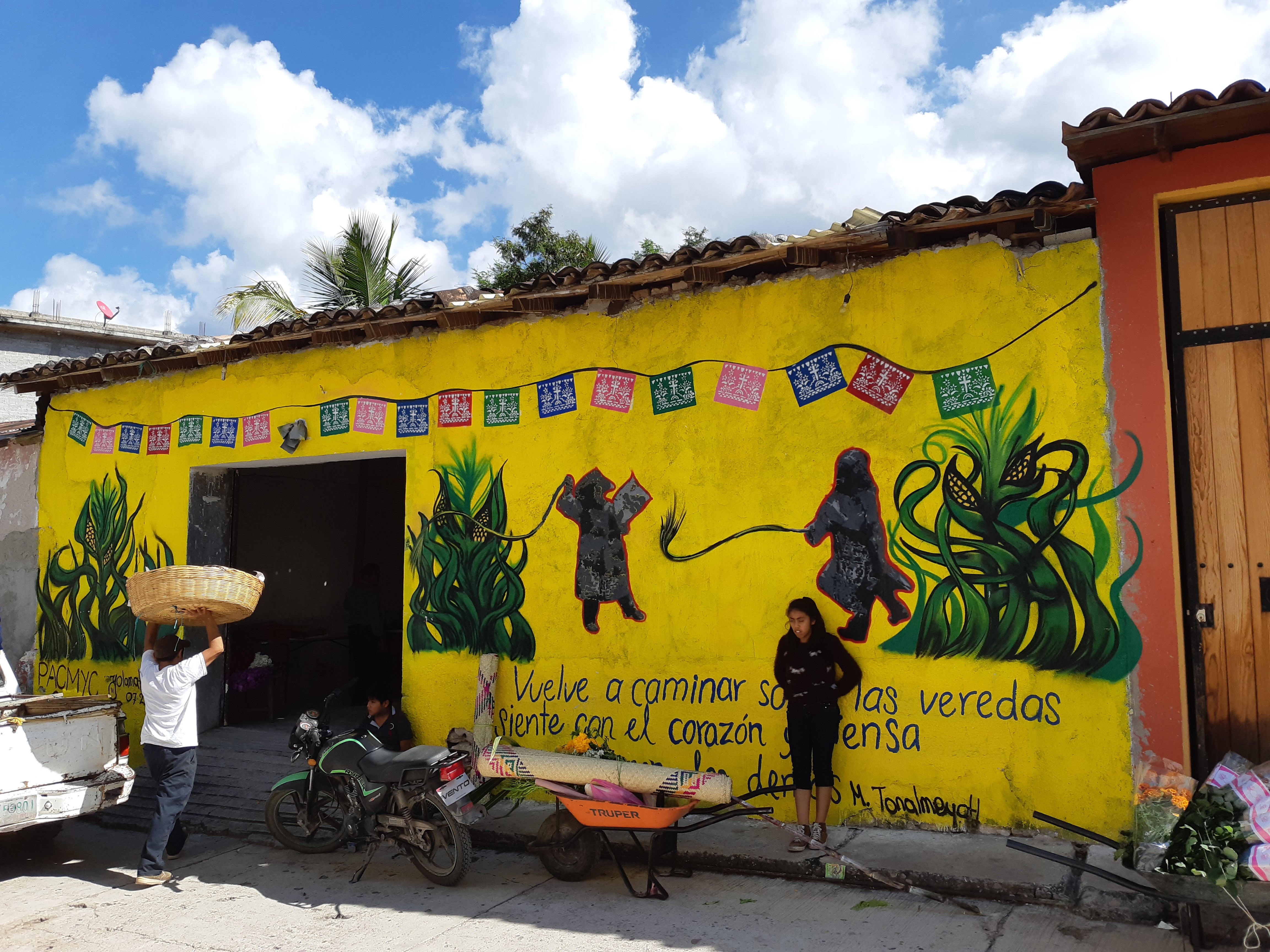 Identity, that is, how we perceive ourselves and the characteristics that define us, is not a unilateral matter. Although on each visit to my town people make it clear to me that they recognize me as a woman, they have stopped recognizing me as part of their cultural identity. It is as if my gender identity has erased my cultural identity and I have to make an effort to emphasize that I am also part of that community, that I still speak the language and know the traditions. But am I really still part of “my” community? If I die in Acatlán, will I be part of the tradition on the treatment of deceased people? If I die before my parents or my sisters, how will they face a society that doesn’t officially recognize my existence? Will they respect my feminine identity and say that Daniela Esmeralda died?

The people of Acatlán recognize me as a woman because in their imagination I represent the binary to which they are accustomed. If this were not the case, I would surely be the target of ridicule. Sex and gender diversity is something outside of the limits of what is acceptable in Acatlán, so much so that there are no people who openly assume they are homosexual, lesbian, bisexual, or Transgender people who live there. Perhaps due to intolerance, those of us who are part of this diversity have had to go into exile, breaking family and community ties, while those who remain have to repress their desires or live them out in hiding. Will this dynamic continue? The answer will depend on the new generations and the influence of the new legal changes regarding the recognition of gender identity and marriage equality.

Just as Indigenous Peoples are fighting for their cultural identities by advocating for the rights to nondiscrimination and autonomy, they must also recognize that there is diversity in love, desire, gender expression, and body modification. Indigenous communities have to recognize that within their midst they house diverse people. This recognition, far from undermining the community, can enrich our Peoples even more by understanding that trans people are also a valuable part of Indigenous cultures.

— Daniela Esmeralda Vazquez Matías (Nahua) studied Political Science and International Relations and is a defender of human rights of people of diverse sexualities and genders. She is the Founder and Vice President of Almas Cautivas A.C. All photos courtesy of Daniela Esmeralda Vázquez.