Skip to main content
17-3 Special Issue: Selections from State of the Peoples

Due to colonial neglect and historical isolation, the Pacific Islands, home to the world's most diverse range of indigenous cultures, continue to sustain many ancestral life-ways. Fewer than 6.5 million in all, the peoples of Oceania possess a vast repository of cultural traditions and ecological adaptations. Papua New Guinea alone is home to one-third of the world's languages - about 780 distinct vernaculars. Oceania thus has the most to lose, culturally speaking, from the pressures of global political and economic change.

Spread across a vast expanse of ocean, Pacific Island peoples occupy an array of environments, from Papua New Guinea's massive mountains to the atolls and lagoons of European fantasy to Auckland New Zealand's urban jungles. Most people live in Melanesia's land-rich states (Papua New Guinea, Solomon Islands, Vanuatu), where 85 percent of the population is rural and often nearly self-sufficient. Still, well over one-fourth of the more than 2 million Micronesians and Polynesians live in cities or circulate to metropolitan centers in Australia, New Zealand, and the United States.

Despite diversity, all Pacific societies are small and vulnerable. A typical linguistic group consists of only a few thousand people, for example, can have drastic consequences for cultural survival. Indeed, many cases of "language death" - the disappearance of not only a spoken language but the cultural memory that goes with it - are on record.

Environmental forces pose a major threat to island communities. A typhoon can denude an atoll of living vegetation and ruin all sources of groundwater. In Fiji and Samoa, the damage from recent major storms to villages and national infrastructure will take years to rebuild.

Demographic trends could pose an even more devastating threat. Having re-bounded from sharp population declines after the invasion of European diseases and labor recruiters, many island societies now have some of the world's highest birthrates. Population growth, although it fulfills island ideals for large extended families, is rapidly outstripping the ability of the land to support subsistence lifestyles.

If the typical indigenous society is an encapsulated minority living tenuously on the margins of a state, Oceanic peoples are anything but typical. Only in Australia, Guam, Hawaii, New Caledonia, and New Zealand are indigenous Islanders minorities in their own homelands (see also comments on Irian Jaya in the Southeast Asia region).

Except for New Caledonia, which remains a French possession, Melanesian countries won independence during the 1970s and are now governed by indigenous elites. Yet it is in the Melanesian part of the Pacific that the most serious political crises have erupted. Just as "culture" and cultural survival are themes in an armed rebellion on Bougainville seeking separation from Papua New Guinea, cultural identity and integrity are invoked by the military government of Fiji to rationalize its denial of rights to Indo-Fijians.

To further complicate the picture, local traditions contain some surprising elements. For example, nineteenth-century European missionaries met initial resistance in many areas, but most Islanders long ago integrated Christianity and its practices into their daily lives. Colonel Sitiveni Rabuka, who orchestrated two coups in Fiji and is now prime minister there, seized power in part to protect and propagate Fijian Christian values along with those of chiefly custom.

Political independence has not been accompanied by economic independence. The Pacific Islands are the most aiddpendent region in the world. Foreign-owned multinational companies extract timber, minerals, oil, fish, and other natural resources. Economic dependence has forced many island governments to promote large-scale development, rapidly expand tourism, and accede to the military ambitions of past and present colonial powers.

Since World War II, planners have eyed the region's wide open spaces, deep seas, and sparse population as ideal for military uses. After the United States acquired Japanese colonies in the northern Pacific, it established a major military facility in the Marshall Islands and expanded its bases in Guam and Hawaii. U.S. designs on Palau as a possible site for future military operations have stalled decolonization and produced nearly 20 years of chaos.

Some older Marshall Islanders even say that World War II never ended. Marshallese find confirmation of this in the transformation of a postwar labor camp into a nuclear-test range and, now, a missile-tracking facility. The United States tested nuclear weapons in the Marshall Islands in the 1950s and continues to use Kwajalein Atoll for missile tests. Beginning in 1993, the U.S. Strategic Target System program plans to launch four experiments a year from Hawaii to Kwajalein for ten years. For the inhabitants of Bikini, Enewetak, and Rongelap, nuclear testing has meant a cultural catastrophe, first forcing people off their islands. And then prompting law suits that have generated huge compensatory payments, which in turn have created enormous social problems.

The willingness of the residents of Bikini and Enewetak to engage in prolonged court battles to win the legal and economic resources necessary to reclaim their home islands testifies to the deep social and symbolic value of ancestral lands. For all but the most urban Islanders, land continues to be at the heart of cultural identity. But population growth, development, and militarization all threaten to after people's relationship to the land and hence to the practices that produce and reproduce community and cultural identity.

The political crisis on Bougainville bears stark testimony to the consequences of mining gone awry. A conflict that began over royalty payments and the environmental effects of a massive copper mine escalated into a full-scale civil war that has claimed more island lives than were lost in World War II when the islands were the site of two years of fighting.

There are grounds for optimism, however. Official institutions are beginning to recognize the rights of indigenous people to ancestral lands. In 1992, Australian courts recognized Aboriginal rights to land owned at the time Captain James Cook arrived 204 years ago. In New Zealand, the Waitangi Tribunal has been a forum for Maaori land claims since 1975. In Melanesia, postcolonial governments have moved to codify the rights of customary landowners and devolve the handling of land disputes to local "traditional" processes whenever possible.

Islanders whose seafaring ancestors discovered and settled remote archipelagos remain enthusiastic travelers. Migration beyond the Pacific began when Cook and other explorers took curious Islanders to Europe. More recently, increasing numbers are settling in Pacific Rim countries, global migrations that have become a necessity as the world market system integrates the economies of island states.

Although some migration is circular - people eventually return to home islands - many migrants relocate permanently. Pacific nations now include substantial cities and towns, but most governments are hard pressed to provide basic services, let alone employment opportunities, to urban migrants, many of whom live in squatter settlements.

Other migrants travel further within the Pacific or beyond to Australia, the United States, and Canada. Auckland has become the world's largest Polynesian city, with immigrants from Somoa, Tonga, and the Cook Islands. Guam attracts increasing numbers of people from the Federated States of Micronesia and the Northern Marianas. Migrants may spark political discord because they compete with indigenous populations for limited resources. Descendants of Melanesian migrant laborers, who have lived in Australia for a century, are in conflict with Australian Aboriginal peoples over access to government-funded assistance programs.

Some host countries have endeavored to limit immigration, yet migration remains necessary. In part, it is the way small island states must deal with rapid population growth and limited economic development. Economic remittances from migrants to their families back home provide a significant part of the gross national product of several Pacific states.

Migrations can have radical consequences. In Saipan, one of the Mariana Islands, the population jumped fivefold from 10,000 to 50,000 in the 1980s, making the indigenous population a minority. Adaptation to life abroad necessarily challenges island patterns of kinship and family life, although many migrant communities sustain their identity through vigorous church organizations and other, less formal methods. In the rotating credit associations of Honolulu's Tongan community, people gather around the kava bowl weekly to raise money for members, often to support travel back to Tonga.

Volcanic and coralline Pacific Islands tend to possess beauty but few economic resources. Most states rely on outside funding for their development budgets - and, in some cases, their operating budgets. However, the generosity of donors, to some degree predicated on the islands' strategic importance, may well dwindle in a post-Cold War era.

Although still-vibrant subsistence economies shelter some island states, all profess an interest in sustainable development. However, the demand for income, coupled with the paucity of exploitable resources and the difficulties of running small economies that are separated by vast stretches of ocean, limit the options for development. Thus, economic viability, not cultural and social consequences, often drives decision making, and urban and political elites that invite exploitation for the national good can find themselves in conflict with rural landowners.

Nickel mining continues in New Caledonia despite the effects of pollution on residential areas. Papua New Guinea encourages copper and gold mining even though mine tailings pollute rivers and threaten people's health. Overseas lumber companies, many based in Asia, are buying up hardwoods stripped from rain forests throughout the southwest Pacific. Even with the French nuclear testing moratorium, Islanders fear that Pacific Rim countries will continue to dump nuclear and other toxic wastes in their ocean. Marshall Islands entrepreneurs have entertained several dumping schemes, including the idea of filling lagoons with polluted soil from abandoned Hawaiian gas stations.

Economic circumstance encourages island states to open themselves up to another, perhaps equally polluting, import. Pacific states capitalize on the beauty of their islands and the diversity of their cultures to attract tourists, turning themselves and their land and seascapes into commodities.

Even where tourists are scarce, Islanders now encounter the world through videotape and television. In most Pacific Islands, these technologies are too recent to judge their effects. Their spreading popularity, however, and the appearance of Rambo and Kung Fu on the most remote atolls and reefs, testify to the importance of concerns for the state of the indigenous peoples of Oceania. 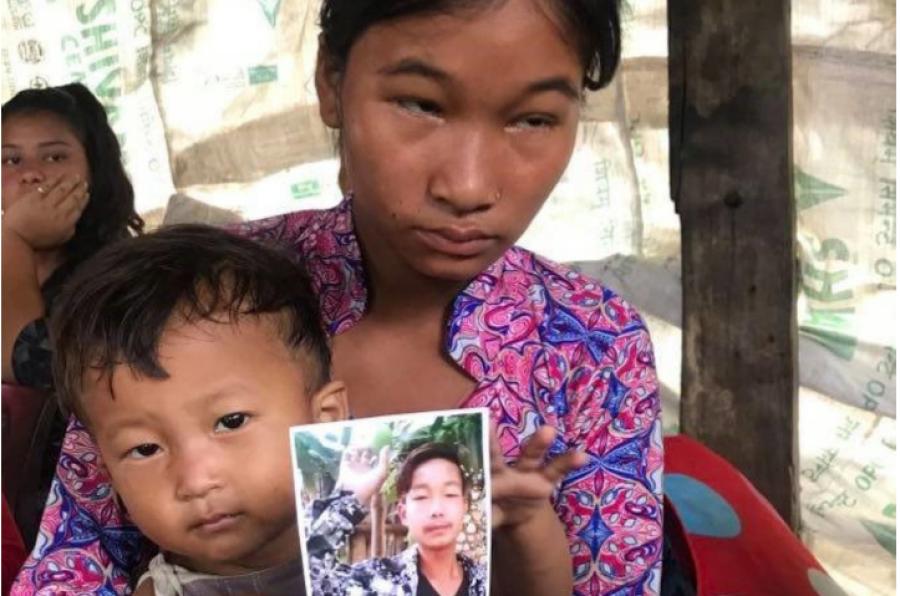