“Let Us Be Heard”: Indigenous Youth Speak on Climate Justice 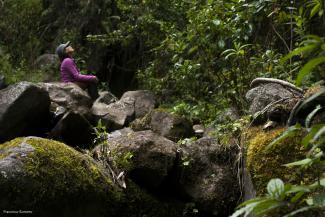 During the climate crisis and COVID-19 pandemic, Indigenous youth are defending their identities and lands. Roxana Borda Mamani, a Quechua activist from Peru; Jorge Andrés Forero-González, a Muisca activist from Colombia; and Darien Andres Castro Recalde, an Ecuadorian activist working alongside Indigenous communities, spoke to the Unitarian Universalist Service Committee about their perspectives on what climate justice means for Indigenous youth. They are members of the Loss and Damage Youth Coalition, a global network of youth activists committed to driving action to mitigate loss and damage due to climate change.

How does it feel to be an Indigenous youth today?

Roxana Borda Mamani: Being an Indigenous youth is not a privilege. During the pandemic we have been forgotten. We are not the priority of the government when it should be important for them to protect the Native Peoples of their nation. And as if that were not enough, during the pandemic, they’ve taken advantage of illegal logging and timber extraction while murdering environmental defenders. But as Indigenous youth, we will lead and stand in defense of our lands and our identity. In that way, we are a strategic ally in the fight against climate change.

Darien Andres Castro Recalde: The young future leaders of Indigenous communities represent a segment of the population that is always marginalized by the whole economic and political system, even though we contribute to the development of the country. But youth will lead and we will defend our lands and communities.

Jorge Andrés Forero-González: I am a campesino son and grandson and my ancestors are Muisca from the territory of Boyaca in Colombia. Being an Indigenous youth means learning from our traditions and nature as to how to protect Mother Earth. It is a responsibility of our people to do so and to protect all the species on this beautiful planet. It means preparing ourselves to fight against the capitalist system and the destructive values of economic, political, and social systems.

How does climate change affect your community?

Roxana Borda Mamani: Ten years ago, my community used only rain to water our corn crops. Now, due to climate change, we must rely on irrigation. The temperature is increasing and the rain cycles are affected. Rain has become more sporadic; some rainy seasons get little rain if any at all, some rains are so strong that the plants cannot withstand it and die. In those situations the community does not produce corn, which is a staple food in our diet. Diseases and pests have become more prevalent. The sporadic nature of our crops is one reason that we have to emigrate.

Last year, there were frosts for the first time that killed potato and corn seedlings on land that families cultivated for their food and livelihood. These damages are mostly affecting small farmers, people who do not have [access to] information, so they are not attributing these changes to climate change but just to abnormal weather. If basic food is not produced in the countryside, cities are also affected by the increase in prices. 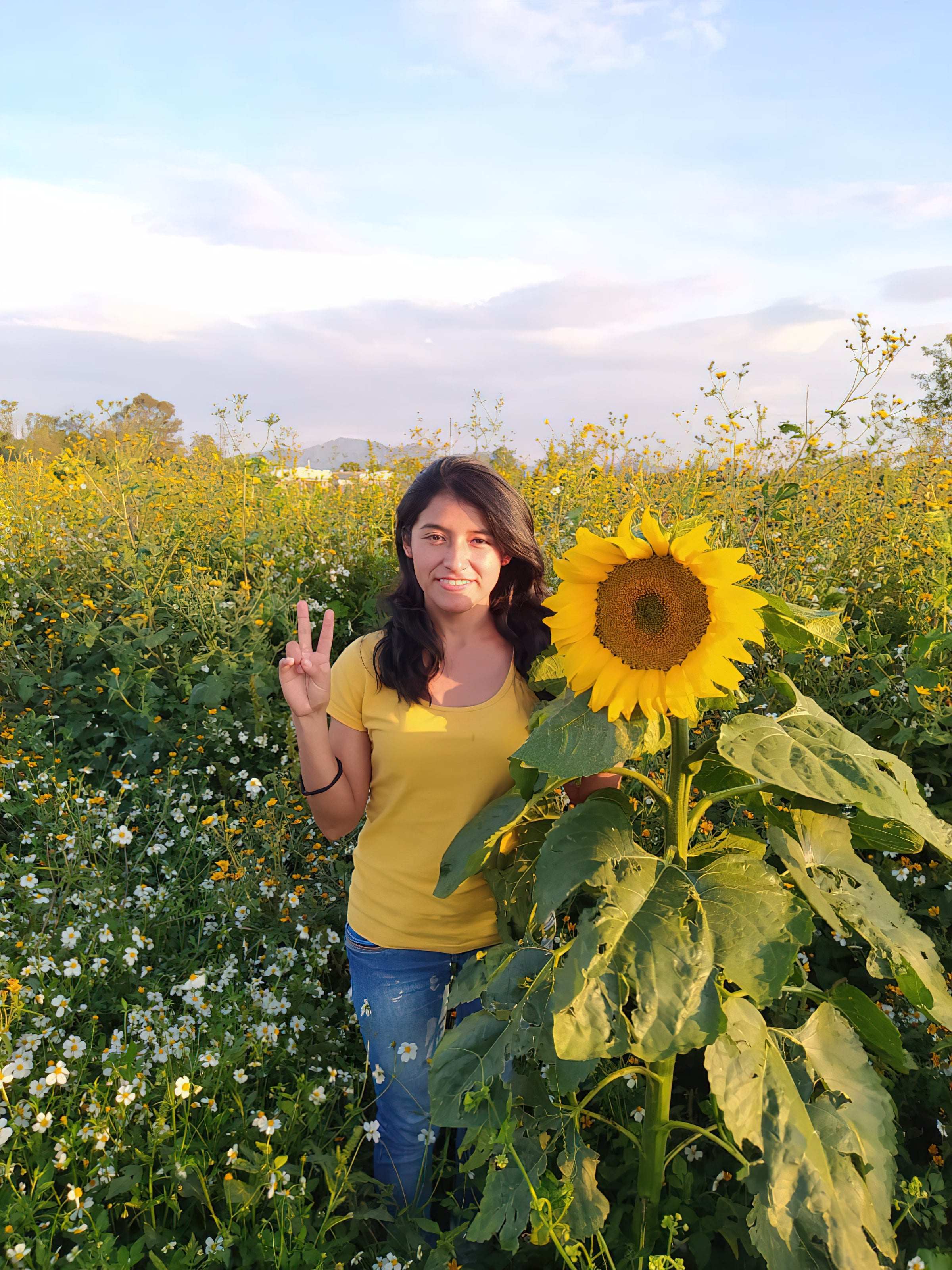 Climate change is affecting the most vulnerable zones, rural communities, and Indigenous villages. When there is a lack of wind and prolonged droughts, the water levels in rivers drop, making it difficult for fisherfolk to fish. Here where I live, we don’t have access to basic services like energy. I can only access the internet now because an effort was made to install a solar panel and internet satellite.

We collect the rain in buckets and care for it as if it is something precious because it is what we have. There is a river, but it is very polluted. Nothing is being done to protect it. They know it is exploited, they know they are cutting down trees, they know they are using chemicals, but are doing nothing about it. Laws exist to protect the land, but they are not enforced. Now, where I live, they are cutting down part of the Amazon and also using chemicals to grow crops.

Darien Andres Castro Recalde: In Ecuador, one of the effects of climate change is the lack of access to basic services for certain populations, which is exacerbated by resource extraction like mining and the petroleum industry. A clear example is the degradation of potable water sources. These ecosystems capture and provide water for human consumption not just for villages, but for the big cities like Quito.

We have observed alarming increases in temperatures in the moors. There has been a drastic decrease in snow cover in the last 20 years. The Andes tell us that climate change is affecting us now. Water basins are also affected by mining construction in the mountains. They are disrupted by pollution from industrial agriculture and mining, including through heavy metal contamination. This affects the food sovereignty of people who depend on agriculture to live. In Ecuador, our constitution guarantees well being and the protection of the environment, but it is not fulfilled.

Jorge Andrés Forero-González: Climate change is not the problem—it is who produces it. The responsibility falls especially to governments, corporations, and the capitalist values of destruction and selfishness. These values came to the world with the industrial revolution and colonization by European powers; today it comes from the United States, China, and the Western European countries. In Colombia and the Global South, deforestation is especially dangerous in unique ecosystems like the Amazon. But this same destruction is faced by the communities in countries like the United States, Canada, and Australia. Climate change is a result of capitalism, and with capitalism, all of us are losing.

What do Indigenous youth offer the world to address loss and damage and climate-forced displacement?

Roxana Borda Mamani: To educate, we must unlearn. We gain knowledge from our grandparents and our parents. Youth appreciate this as invaluable knowledge and a tool for the present and future. Youth are also community leaders that can teach others about how to work the land, control diseases and illnesses, and offer different ways of treating the sick. Regarding the use of medicinal plants, who knows them better than Indigenous communities, our grandparents, our ancestors? To face the climate crisis, we must focus on solutions in nature and the environment. But development is eliminating the solutions. We don’t know how to listen to nature and use nature’s solutions because we are not listening to the advice of Indigenous Peoples, especially elders, who have lived here for thousands of years. They can contribute their knowledge, their way of working, caring, and protecting our planet. People need to be willing to listen and let us be heard.

Jorge Andrés Forero-González: We offer hope and health. We offer lived experience of how to live without capitalist values and restrictions. Our principles are different: buen vivir (living well), vivir sabroso (live with flavor), suma kawsay (protect and learn from nature to enjoy life). We are ready with young energy to fight with peace and love, and taking collective actions against capitalism and the Northern development powers that want to destroy the planet.

What is your message to readers?

Roxana Borda Mamani: We, the youth, are a large population, and with our strengths we can achieve anything. The climate crisis is an environmental crisis. It doesn’t matter what language you use: climate change affects everything. We must remain united and get youth to join the cause. We can be that light that illuminates others and helps others ignite their own light, and we can contribute to reducing the effects of climate change.

Jorge Andrés Forero-González: The message is not mine, it’s from the planet Earth: climate change, and also COVID-19, are telling us that it is time to end the era of capitalism and petroleum. We can live without destroying nature. Before capitalism our communities had their own problems, but never destroyed the planet like in the last 200 years. It is time to change and we must do it quickly.

What is the key message that you would like the world to know ahead of the 26th Conference of Parties (COP26)?

Darien Andres Castro Recalde: We need representation and active participation of the political leaders of each country. We cannot continue to ignore vulnerable groups. There needs to be more access to education and technological development in Indigenous territories. There needs to be support for human rights in the great debates that are taking place about extractivist projects that not only violate human rights, but also food sovereignty and other citizens’ rights. 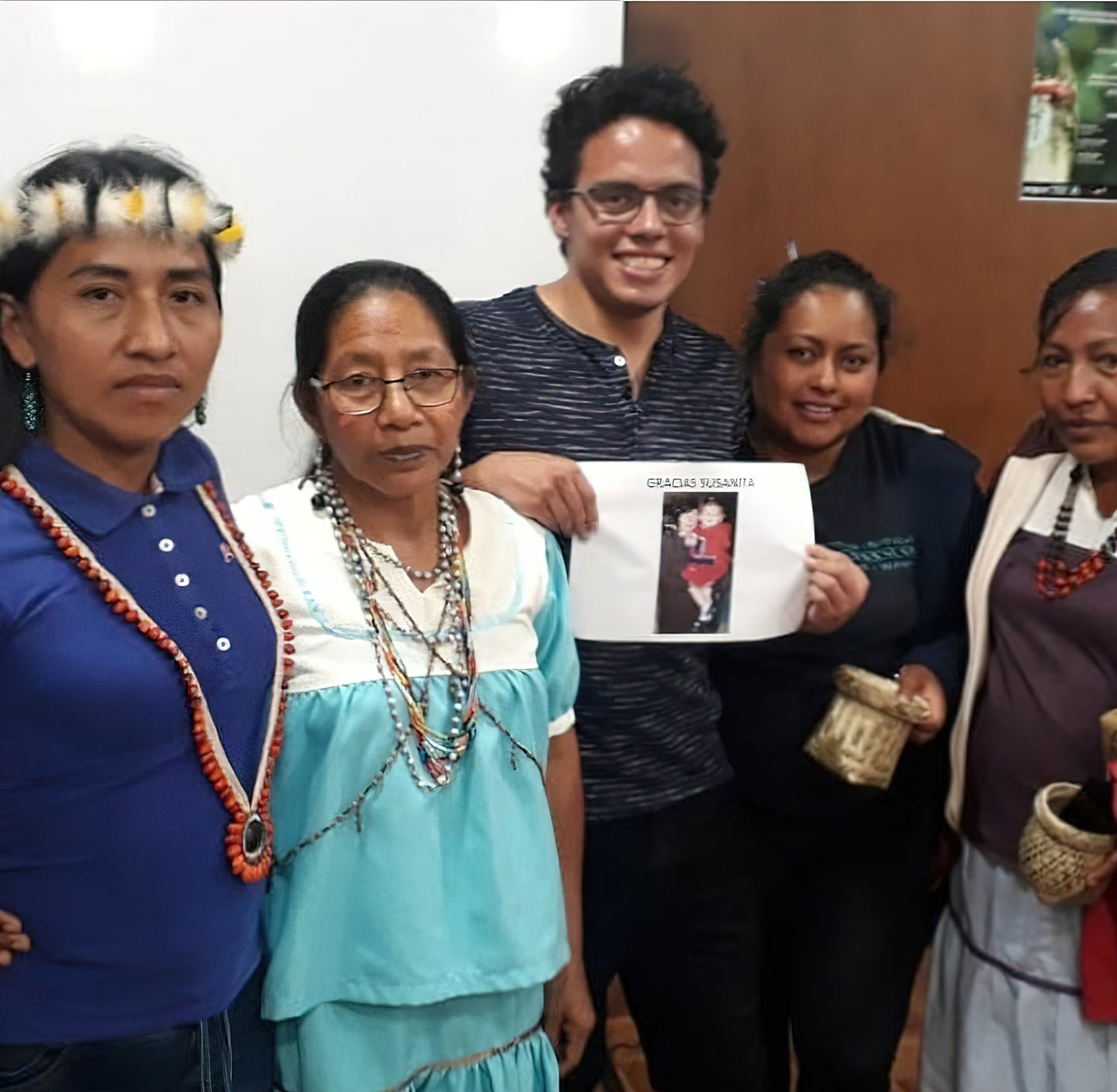 Roxana Borda Mamani: It’s not only that they listen, it’s not only that they give attention and support, but also that they give space to those who most need it. The proposals and suggestions of the communities have not been heard. The solution lies in nature, in the Amazon, in the environment. And those who know how to handle that knowledge, those who have access to it, are the communities that can share these solutions. We can achieve whatever we want as long as there is unity and perseverance. Water scarcity, the violence of war, natural resource extraction, renewable energy—these are the battles that the next generation will have to confront, and those of us who are here now have to build that bridge so that future generations can continue to grow from the small gains we are making.

Jorge Andrés Forero-González: If this is not the last COP, we will lose the war against the capitalist powers. It is time to learn from the “poor people” of the world that don’t have money, but have all the knowledge to protect the planet.

This article was made possible with editorial support from Domenica Jamarillo, Sadie DeCoste, Kervelle Baird, Meghan Finn, and Salote Soqo.