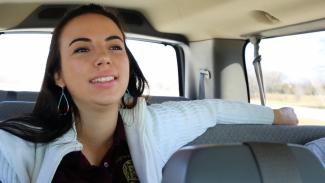 When I first began making Heenetiineyoo3eihiiho’ (Language Healers), a film on the subject of Native language loss and revitalization, some of the people I know said things like, “When languages disappear, that’s natural; it’s survival of the fittest,” and “If kids don’t want to speak their languages, they won’t and so the languages disappear; it’s that simple,” or even,  “What do Native Americans want? To separate off from the rest of America?” As I thought about these statements, I couldn’t help but wonder if there was a deeper issue operating  beneath their responses. I began to feel that these dismissive reactions represented a larger, unconscious bias that fails to acknowledge not only the past role of the United States in the genocide/ethnocide that led to language loss among Native Americans, but also the fact that Native languages and cultures are distinct, essential to tribal identity, inherently worthy of existing, and need to be protected and saved here in the US—where they have existed all along and prior to the presence of English.

Conrad Fisher, a Tribal historic preservation officer for the Northern Cheyenne Tribe who appears in the film, clarifies the importance of language revitalization this way: “The Indigenous language doesn’t necessarily equal the English language because it is a traditional, cultural view of your world that has been passed down from generation to generation. And so when you talk the language, you’re talking on behalf of your ancestors from a thousand, two thousand years ago. You’re looking at it through an Indigenous lens of generations of people.

So if you don’t have that, if you don’t have the language, then who are you?” To assume that language is simply a utilitarian tool for communication and that all languages are the same misses the deeper point: one’s culture, identity, and unique worldview are all housed within and transmitted through the language. Karen Washinawatok, director of the Menominee Language and Culture Commission, agrees: “Knowing our language is so important, because it teaches us who we are. It’s not just a set of words. It’s about our history, it’s about our heritage, it’s about our way of life that our ancestors have fought and died for. Most importantly...when you make that journey over to the other side—when your earthly journey is completed—that Creator’s going to greet you by your spirit name and speak to you in your Native language. Are you going to be able to understand? Will you know enough of your language to know what’s being spoken?”

The issue of maintaining connection between one’s present identity and past heritage hits especially close to home for Washinawatok; in 2012 her granddaughter Miranda was punished for speaking a few words of the Menominee language at her Catholic school in Shawano, Wisconsin. Menominee is critically endangered with only a handful of fluent speakers remaining. The Washinawatoks explained that the incident at Miranda’s school had reminded them of the boarding school movement, through which their ancestors were being punished and stigmatized for speaking their Native languages.

Neyooxet Greymorning, a professor of anthropology and Native American studies at the University of Montana, explains the effect of the boarding school movement on Native languages. In his words, government officials would remove the children and sometimes transport them hundreds of miles away to these boarding schools where they would remain for years—and sometimes grow up. “The single goal of these boarding schools was to alienate them from the culture, from the language, and then to basically reprogram them,” he says. Richard Grounds, director of the Euchee Language Project in Sapulpa, Oklahoma adds that government officials were “going into every tribe, going into every home, finding every kid” and that “the amount of money that went into destroying our languages was on the order of billions of dollars in today’s dollars.”

But even as tribes deal with the pain of historical traumas—as well as with more recent attempts at the suppression of their languages—a story of healing and the strength of tribal communities emerges. In a country where 27 states have already enacted English-only laws, it is important to know that many of the younger and older generations within the tribes are working hard to keep their languages alive. Renée Grounds, the lead language instructor and youngest fluent speaker of Euchee explains: “Our generation is the last chance to...give the children an opportunity to speak our language, because if we don’t do it now, our first language speakers will pass away and our language will go with them.” Keeping languages alive within tribes is also correlated with keeping the younger people in tribes alive. The suicide rate among Native Americans in the United States is reported to be anywhere from 9 to 19 times higher than the rate among non-Native youth. However, research from Canada concludes that Aboriginal youth who know their own Aboriginal languages are less likely to commit suicide, and that when at least half of a tribe reported a conversational knowledge of its own language, the suicide rate in that community drops to zero. As Richard Grounds says, “Our heritage languages, our original languages are probably the most critical markers of the health of our communities in terms of our cultural well-being. And that relates to understanding who we are, that relates to understanding what our place is in the world…the fullness of that understanding comes with the language, and the health of the language is probably the most critical marker of how our communities are doing.”

The good news is that tribal efforts to reclaim languages, strengthen communities, reinforce identities, and bolster connections to unique ancestral worldviews are succeeding. Greymorning, whose effective Native language immersion teaching method (Accelerated Second Language Acquisition) is surveyed in the film, has been instructing teachers from over 100 different language communities around the world. And Richard Grounds reports that the Euchee Language Project in Sapulpa has recently generated 10 new Euchee speakers—an amazing accomplishment considering there are only four fluent Euchee elders remaining. And there are dozens of other success stories.

Sometimes the stories about language revitalization revolve around education, and other times they are about small, yet profound moments of human interconnectedness occurring through language. Benjamin Schliefman, a Tlingit carver, artist, and traditional dancer, has some heartfelt words to describe what his heritage language means to him, which show us just how deep into one’s identity languages go. “Our two-year-old—when he came into this world—he came into a song that I composed for him almost entirely in Tlingit. And it was
the most incredible experience for me. Because there I am singing a song that I made for him in the language of his ancestors, and he came out facing away from me, and when his torso was out and his arms were out, he actually spun around, looked at me, and smiled. And I think it’s because he heard the language of his ancestors. So to me, it’s far more than just a language. It really is the culture. It’s our ancestry.”

—Brian McDermott is a filmmaker and social worker.