With tears streaming down her face, ImaNjede hands her three month-old daughter, Atauma, to Gilda. "Zilda, Zilda, save my baby" she pleads with a sense of desperation and faith that we can do miracles. Atauma lies on Gilda's lap shivering even though her skin is on fire and she is covered with sweat from an acute attack of malaria. Gilda crushes a chloroquine tablet between two spoons, adds honey to try and mask its bitterness, and tries in vain to get Atauma to swallow the medicine. Gilda and ImaNjede know it's hopeless and before midnight Atauma dies. Why does this still happen when illnesses like malaria are treated elsewhere in the world? How can anyone watch babies die on their lap without wanting to change things, make things better?

In 1985, this sense of wanting to do something drove a team of researchers-Robert Bailey, Bryan Curran, Gilda Morelli, and myself-who have lived and worked with the Efe hunter-gatherers and Lese farmers in the Ituri Forest for years, to look for ways to help the community establish their own health clinic and school. For the last 20 years, the government of Zaire (now the Democratic Republic of Congo) has, through intent, corruption, and mismanagement, allowed clinics and schools to crumble and close for lack of support. One important step toward helping the Efe and Lese was to establish the Ituri Forest Peoples Fund (IFPF)-a Special Project of Cultural Survival. The Fund raises money to help support the teachers and provide books and medical supplies not available in the forest.

The Fund, however, is less concerned about ensuring that financial gaps are filled than in helping the Efe and Lese develop the technical and political skills so they are able to provide for themselves. Creating the social and economic systems needed to ensure that families have consistent, long-term access to medical care and primary school education is extremely difficult given local community capacity and the economic and political turmoil in the country.

The greatest challenge has always been achieving a balance between doing too much and too little for the Lese and Efe. Since Belgian colonial times the Lese and Efe have learned to expect the state and more recently `the American researchers' to take care of their problems; few of them saw the problems as their own. Even when they do, they lacked the technical skills, social institutions, and financial resources to solve them independently The challenge was to set the scale of assistance at a level and a pace so that the community was capable and willing to take responsibility for their own development.

For the last 13 years, the IFPF has worked with the community to establish a sense of shared commitment to running the clinic and school. The community gradually developed its own institutions and leaders, and took sole responsibility for managing the clinic and school; deciding how users of these social services must contribute to their upkeep. Robert Chambers has argued that long-term and consistent support at a scale determined by the community is the key to a community's evolution toward managing its own development. It was through this long and gradual process of self-empowerment that the Lese and Efe community developed the strength to keep the schools open during the recent civil war even though they had been cut off from Fund resources. It was also this sense of ownership that gave the community the will to carry the clinic's precious equipment and supplies with them when they had to flee from the fighting. This sense of responsibility also goes hand-in-hand with feelings of ownership that motivated the clinic nurse to bicycle for five days to look for medicine and keeps the teachers teaching even though their blackboards were stolen by ex-President Mobutu's retreating army.

Since the end of the civil war, the road system has continued to collapse. The last 80 miles of road to the IFPF site is accessible only on foot; even bicycles need to be pushed most of the way Gangs of bandits (primarily ex-soldiers from losing factions of the civil war) make travel from the eastern frontier inadvisable after dark. As a result, plans to return to the Ituri this summer to resupply the school and clinic with materials stolen during the civil war have been postponed for six months until the dry season that occurs from December to late February.

Though living in a tropical forest in the center of Africa may seem very exotic, the Ere and Lese's aspirations and concerns are more similar than different to ours. Tufiesa, our neighbor in the Ituri, married his wife because they fell madly in love with one another; they both spend time teaching their kids; they are concerned that their rowdy teenage son will never be a responsible adult; and they worry about their health and security when they get old. Moreover, just as the Lese and Efe have seen the need to take responsibility for development in their `back-yard,' in hundreds of communities in the U.S., families are getting together to look for ways to rebuild their neighborhoods and ensure that their children have access to quality schooling and health care. Though separated by thousands of miles, communities in the Ituri and in inner-city America are, surprisingly, not that far apart. 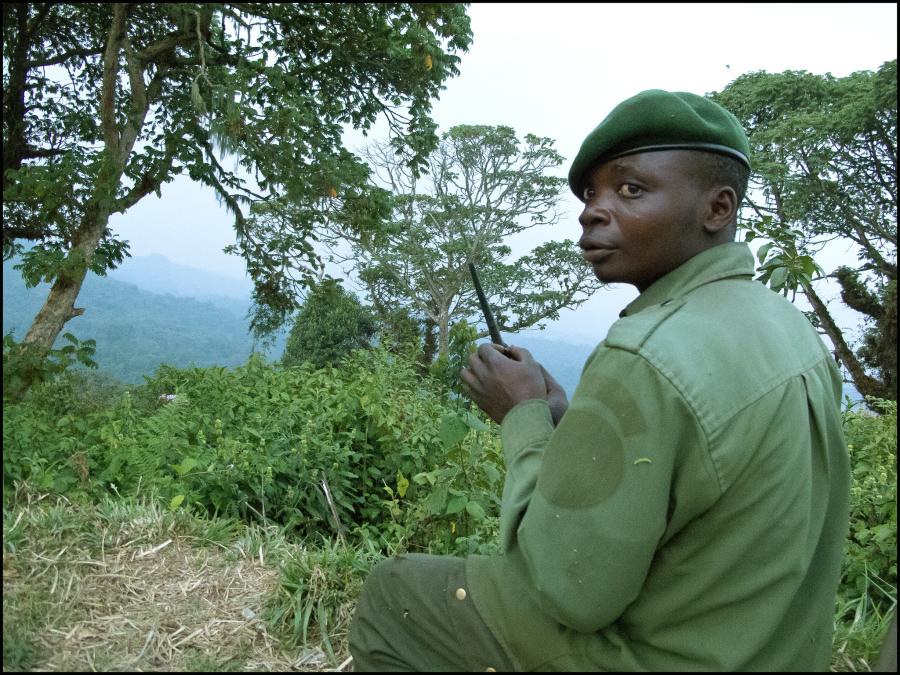