Introduction: 25 Years of the Indigenous Movement in the Americas and Australia

For over 500 years, the chronicle of almost any 25 year period of contact between indigenous peoples and colonists in the Americas or Australia has been quite simple. The Indians and Aborigines lose. Each of their many groups has suffered new and unfamiliar diseases, military conquests, abortive uprisings, land losses, colonist encroachments, legal restrictions, simple neglect, and broad discrimination among other abuses. The last quarter century, however, has been qualitatively different. Cultural Survival, during this period, has worked to follow and respond to this process, rather than continue an old lament. As the articles included here illustrate, it has not been, nor will it be a steady or predictable flow of events.

Many aspects have been quite positive. Indigenous population, generally and with some noticeable exceptions, is on the rise. Their existence as separate groups with special rights is now acknowledged by international bodies ranging from the United Nations, the European Community, and the Organization of American States to the World Bank, the Inter-American Development Bank, and most international bilateral development agencies. As S. James Anaya writes, the recognition of their group rights is supported by the evolving pattern of international bodies such as the United Nations, the Inter-American Human Rights Commission and the International Labor Organization. Likewise, many national governments have adopted progressive and respectful legislation. Finally and perhaps most important, indigenous peoples have been organizing themselves and speaking for themselves, nationally and internationally, on a scale unprecedented in history.

As the following articles in this issue clearly illustrate, the recent changes are not yet cause for broad rejoicing or for the decline of concern by indigenous peoples. On the contrary, such a flux, unlike any eminent demise or similar tragedy, requires constant attention to the subtle nuances, challenges and opportunities that will determine the future. Thus, while the situation of indigenous peoples is not hopeless, their future is certainly not under the sort of control they need to settle into routine citizenry.

Perhaps the most dramatic illustration of the current situation is underway in Guatemala, described here by Victor D. Montejo and Kay B. Warren. During the late 1970s and 1980s, the level of fear, violence, and death suffered by Mayan and other Guatemalan Indian populations clearly placed them among the most troubled in the world-75,000 were killed, 500,000 became internal refugees, and 350,000 sought refuge abroad.

A quick glimpse at the post 1985 period suggests that it is all over. However, as Montejo states, the past does not simply disappear: "if the fear persists, the people will not be able to participate in the construction or build a permanent, social justice and freedom." Obviously, as Warren notes, peace will require "military downsizing and [restrictitons on] the army's power to script presidential decision-making and national policy." Yet, Montejo and Warren emphasize that real changes will not come through enlightened government policies, nor through the monitoring of the forces of authority, but rather through direct participation of the Pan-Mayan Movement in the events and actions which affect and change their lives.

The alternative approach is, perhaps, the leitmotif which runs through the articles and best describes the current indigenous situation. Duane Champagne reviews a wide range of changes in the presence and actions of indigenous peoples. However, he leads his review by describing a progressive effort by indigenous peoples, most deftly demonstrated by the Zuni Pueblo, to alter the paternalistic role of the Bureau of Indian Affairs (BIA). If anything characterizes an "indigenous approach" over the past 25 years, it is their desire for greater voice and political positions to exercise that voice. Alcida Rita Ramos documents the rise of indigenous organizations in Brazil as "...echoing the social reality of indigenous Brazil: a profusion of small societies, living relatively independent lives, with few common concerns apart from the underlying predicament of being Indian in a country which strongly favors cultural homogeneity."

Indigenous people recognize that a political presence will not be given; it must be taken to be owned. Such an approach to empowerment is not new. However, the manner in which empowerment takes place is new. Rather than prepare for, or simply await some revolutionary restructuring, indigenous peoples-the Pan-Mayan in Guatemala, ONIC in Colombia, CONAIE in Ecuador, and CIDOB in Bolivia-have anticipated the need to transform spontaneous uprisings into organized long term movements and have begun the slow and cautious, but nonetheless constantly alert approach to opportunities and openings which enable gradual restructuring. They have changed their confrontational strategy to search for political space within existing structures. Rather than waiting for their piece of small pie, they want to become one of the hands which will cut and distribute land, power, wealth, social services, modes of cultural heterogeneity, and education. In this way, the taste-a permanent savoring of self-respect-will continue long after any immediate product is consumed.

The process is unsettling for many non-Indians who would prefer to have the "Indian problem" resolved once and for all. Indians, for some time and quite accurately, have argued that they are not the problem; rather, problems have been consistently imposed on them. Jacanamijoy's balanced and methodological response is an excellent description of this process which began in 1970 with the formation of CRIC, one of the region's first ethnic federations. It eventually expanded to create the Colombian National Indian Organization (ONIC) which became a moving force in the National Constitutional assembly of the early 1990s, elected two Indian senators and achieved a "special national vote for indigenous communities." ONIC then encountered government efforts to disregard the Organization by arguing that the presence of the senators was sufficient. Likewise, as they work to establish some of the rights outlined in the constitution, the creation of parallel governing structures through "Indigenous Territorial Entities," they face strong congressional opposition. Now, they battle such opposition from within congress and from constituent pressure rather than await and respond to legislation and rules which simply emerge from within congress or government. Similarly, deft political maneuvering characterizes the Ecuadorian movement, led by Macas and CONAIE, in the face of recent efforts to replace national level organizations by a easily-outvoted representatives in Congress. McIntosh, likewise, illustrates the recurrence of old threats in Australia despite waves and episodes of progressive legislation.

Perhaps the least optimistic piece is that of Robin Wright, who, having watched many of the slow, back-and-forth but nonetheless `positive' changes that have occurred for some of the indigenous peoples in Brazil, states that these "victories mark significant advances for the approximately 20,000 indigenous people of various linguistic families in the [Alto Negro] region, with the demarcation of a large and continuous land reserve and the participation of indigenous leadership in key positions of municipal government." Wright's article details the burning-alive of a Pataxó Indian who was forced to sleep on the streets on Brasilia on Indian Day in Brazil. Some argue that this was simply one more tragedy in the endemic violence that characterizes Brazil and reflects a current national pattern of impunity. Wright, however, stresses that the problem is not simply current, but is historically rooted alongside another, pervasive national trait-racism.

What do these specific tales tell? On the one hand, they illustrate the course of all historic advances, retreats, reversals, rethinking, and repositioning in a world of competition. But for indigenous peoples, there is a significant difference. They are, or course, a part of history, not a part of some simple or inevitable evolution that foreshadows an end. They have clearly stated that they are not going to disappear and will take an active role, indeed, a proud role in history. With this comes responsibilities, problems, errors, and plenty of work. They are no longer the protagonists in a tragedy that others have written and often tried to enact for them. 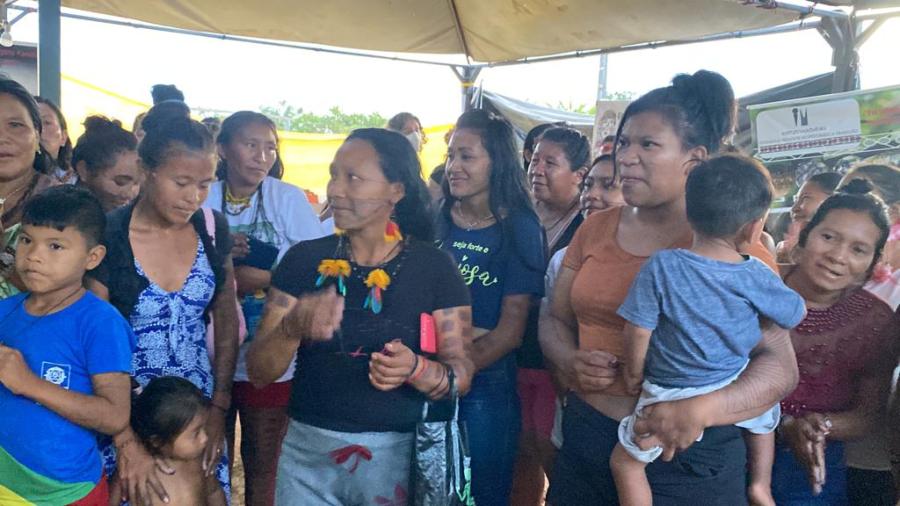 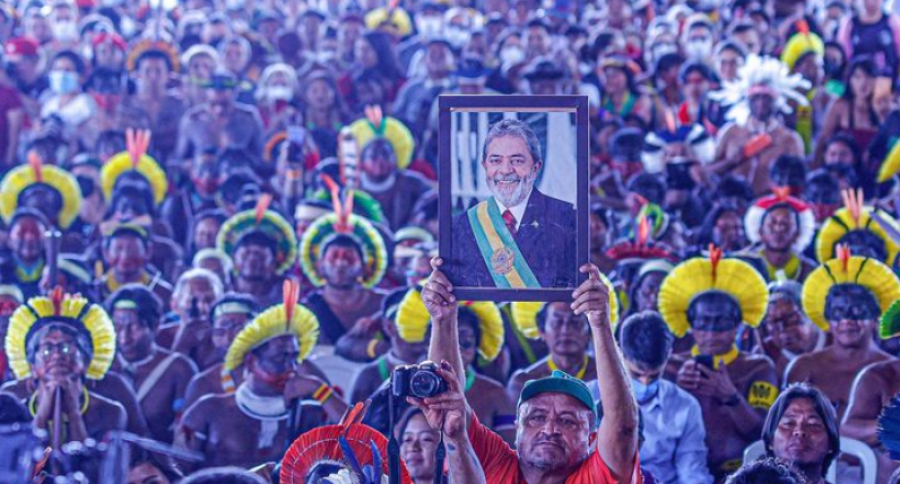