The Intersection of Plural Citizenship and Indigenous Rights: Interview with Cultural Survival Board Member Duane Champagne 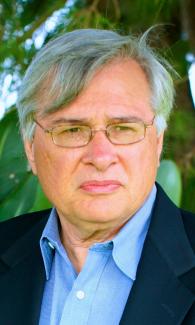 Our series spotlighting the work of our Board members continues with newly elected board member Duane Champagne. Champagne is professor of sociology and American Indian studies and
co-director of UCLA’s Native Nations Law and Policy Center. A member of the Turtle Mountain Band of Chippewa, he was born and raised on the Turtle Mountain Reservation in rural North Dakota, giving him firsthand experience of life as a plural citizen of the United States of America and Turtle Mountain Band.

Duane Champagne attended school on the Turtle Mountain Reservation, and it was during these formative years that he discovered his skill in mathematics and strong interest in history, culture, and economic development. “As I grew older,” Champagne says, “I noticed a distinct cultural and social difference between life on my reservation and in the nonreservation towns that surrounded me.” After high school he enrolled in at North Dakota State University where he double majored in math and sociology. Following a yearlong stint as an ACTION volunteer (the domestic Peace Corps), he pursued graduate work in sociology, ultimately earning a Ph.D. in sociology from Harvard University. Champagne’s original intention for graduate work was to study economic development within Indigenous communities. The study of economy, however, led to an understanding that politics and culture had to be addressed concurrently.

“As a graduate student in sociology, there was a lot of emphasis on materialist theories that often reflected mainstream American cultural and philosophical orientations,” Champagne says. “While conducting field work as a postdoctoral fellow within the communities of the Northern Cheyenne and Tlingit, I gained a great amount of respect for community and culture, which became central themes in my researchand writings.”

After graduating from Harvard in 1982, Champagne received a Rockefeller postdoctoral fellowship hosted by Cultural Survival, then located in the Peabody Museum at Harvard University. Champagne described this working relationship as “very comfortable,” and explained how Cultural Survival sponsored his fieldwork grant in Alaska for three months to study the Sealaska Corporation, the largest of 13 Alaska Native Regional Corporations created under the Alaska Native Claims Settlement Act of 1971, among the Tlingit and Haida people. After this work, he spent three months in Montana studying a movement among the Northern Cheyenne to stop coal strip mining and gasification on their reservation. Around the same time, he wrote a pamphlet on the strategies and conditions for American Indian cultural and political survival, which he later expanded to a small book. Throughout the years Champagne has continued to publish numerous works concerning Native American issues, including Notes From the Center of Turtle Island in 2010, and most recently, Captured Justice: Native Nations Under Public Law 280, in 2012.

Champagne has strong opinions about the current economic, social, and political issues affecting Native American life on and off the reservation. Describing the tribal economy, he says, “Casinos bring a form of capitalism which is unlike that of the tradition of trade and gift giving. Within casino reservations, money is usually distributed equally among the tribe to invest in community, cultural renewal, legal as well as cultural protection, and other tools of survival and renewal. Within American communities, the focus on wealth and power rests on a more individualistic approach, such as, for example, CEOs making millions of dollars and hoarding it all within their Tuscan-style mansions or foreign sports cars. In the tribal system, making money individually is a secondary concern behind distributing and investing capital for the benefit of the entire Indigenous nation. A tribal chair usually receives the same per capita share as every other member does. In this way, Indigenous Peoples can enter markets in ways that still preserve and uphold their values, collective ownership of land and resources.”

Many non-native Americans misunderstand this need for conservation of Native self-government and territory, which pre-dates the Constitution. US policy often disregards Indigenous rights, considering them “unnecessary” and “special,” and thereby challenging the equality that all US citizens share under constitutional law. Reducing Indigenous rights of selfgovernment, cultural autonomy, and territory to citizenship rights only, is aimed at integrating and assimilating Indigenous Peoples, with their consent, into national citizens without Indigenous rights. Indigenous groups around the world have wrestled with the question of whether to trade autonomy for citizenship for centuries; in this country, Native Americans have long struggled to assert self-government while holding on to their traditional lands.

According to Champagne, in the 1950s US termination policy intended to dissolve Indian reservations, but Indian communities nationally gathered in resistance and stopped passage of termination acts in Congress. Termination policy promised full citizenship to US Indians, but denied Indigenous rights to self-government and territory. While most Indians were willing to accept US citizenship, Indian nations did not want to give up their tribal histories, cultures, and governments. As a result, by the 1970s, in both Canada and the US, there emerged a form of dual or plural citizenship for Indigenous Peoples.

During the 1960s and ‘70s, large numbers of people began questioning Indian policy and working toward recognition of Indigenous rights within the United States. Today there are national Indian organizations, congressional lobbies, and a special committee in the Senate devoted to Native Americans. Some Native Americans have followed traditional western career paths in fields such as law or business, yet many still hold a strong connection to their tribal nation. As Champagne says, “Identity is complex, and being American Indian is a legal issue from an American point of view. The critical tie of Native identity is whether or not a person believes in and supports...self-government, territory, and culture. It is no longer simply a matter of biological tie, but also a [voluntary] commitment to Indigenous nationality and preservation of culture and community.”

Misunderstandings between Native and non-Native peoples frequently arise all around the contemporary world. As Champagne sees it, “The significant problem is the lack of understanding about who Indigenous people are and their diversity. The UN states that there are 5,000 Native nations around the world, while most mainstream nation-state communities think they disappeared over 100 years ago. There is no visibility; no one understands their issues, and they are treated as a minority group which strips them of their Indigenous rights to self-government and territory.” Further, many mainstream citizens view Indigenous culture as a “nuisance,” particularly when Indigenous Peoples do not readily accept market systems or nation states. “Many Native peoples choose to live within their own economic, political, and cultural boundaries, which ultimately fosters marginalization,” Champagne says.

Champagne sees the challenge that lies ahead for Indigenous Peoples as the assertion of their political and territorial autonomy, “which depends a whole lot on just how oppressive or understanding certain nation states are.” He supports the UN Declaration on the Rights of Indigenous Peoples but cautions that it does not provide real protection for Native peoples, especially along the lines of self-government. In fact, he says, “the Declaration asserts citizenship and nation-states’ rights over Indigenous Peoples’, while failing to recognize Indigenous rights except within the powers of nation states.”

Champagne acknowledges that gaining this recognition will be a long struggle, but he has no doubt that Native peoples around the world will continue to fight for the recognition and assertion of their rights. “One of the driving forces behind Native passion for their territory and culture is the creation story in which the Creator delivers directly to the community,” he says. “Having those direct blessings from the creator transfers a sense of a special mission of sacred spiritual autonomy from the nation. [However], this direct connection with the creator is often interrupted by nation-states’ regulations. While the struggle for Indigenous self-governance will never fully be resolved, communities will persist in nonviolent ways to preserve what they know in their hearts to be rightfully theirs. The spiritual character of Indigenous nations and territories inhibits surrender to secular and alien nation-state bureaucratic and legal control.”

—Erin McArdle is an intern at Cultural Survival.