Indigenous Women Taking Charge for the Protection of the Future 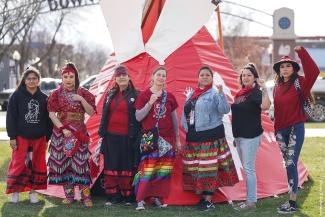 Kandi “EagleWoman” White (Mandan, Hidatsa, Arikara) is a leading voice in the fight to bring visibility to the impacts that climate change and environmental injustice are having on Indigenous communities across North America. Kandi began her work with the Indigenous Environmental Network (IEN) as the Tribal Campus Climate Challenge Coordinator, engaging with more than 30 Tribal colleges to instate community based environmental programs and connect Indigenous youth with green jobs. She is currently IEN’s Lead Organizer on the Extreme Energy & Just Transition Campaign, focusing on creating awareness about the environmentally and socially devastating effects of hydraulic fracturing on Tribal lands and working towards a Just Transition away from the fossil fuel industry. Simone Senogles (Anishinaabe) is from the Red Lake Nation in northern Minnesota. As a member of the leadership team at IEN where she has worked for over 20 years, she is focused on lifting up Ogimaakwewiwin (Indigenous women’s and fems’ leadership and power). The Indigenous Environmental Network is an Indigenous-led and operated environmental justice organization working with Indigenous communities and Nations in the U.S. and Canada on climate justice. Daisee Francour (Oneida), Cultural Survival Director of Strategic Partnerships and Communications, recently spoke with White and Senogles.

Daisee Francour: What is Indigenous feminism? What does adding an “s” [feminisms] mean? 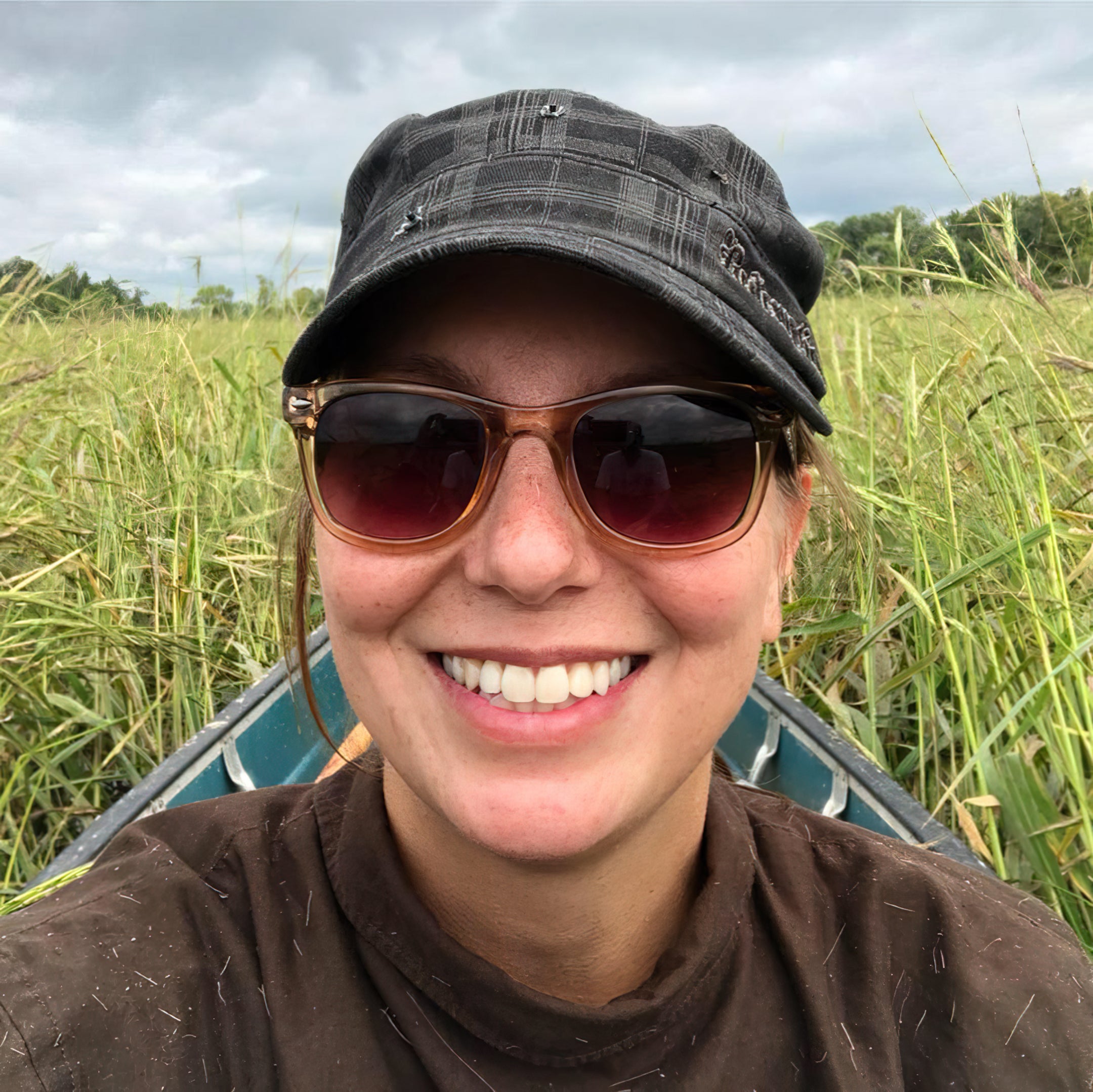 Simone Senogles: There’s a lot of diversity within Indigenous Peoples of the Americas. It’s beneficial to recognize that diversity and understand that the way that different Tribes view gender and gender roles really varies. [The plural] Indigenous feminisms honors that diversity. One of the things that we recognize about the word ‘feminism’ is that it’s necessary in this moment of colonization to pull out of the tangle of colonization and internalized patriarchy, sexism, and oppression of women and fems. This word is useful to us in this moment as we try to reconnect with our own definitions of what is a gender balance, what is a just society.

What is the intersection of climate change and Indigenous feminism? How do you see that intersection in the work that you do?

SS: I live in northern Minnesota. In our teachings, women are responsible for the water. Atmosphere is water. Water is the transition from the spirit to physical life, and water is life. Recently, we have been engaged in a fight against an oil pipeline coming through our territories. Northern Minnesota is called the land of 10,000 lakes, but there’s even more. Everything about our society, culture, teachings, and understanding about our role in the world is connected to water. When the Line 3 pipeline fight was going on, the majority of the leadership that was emerging to fight this pipeline was Indigenous women. That was us taking our traditional responsibility to care for the water into the fights that are facing us nowadays. 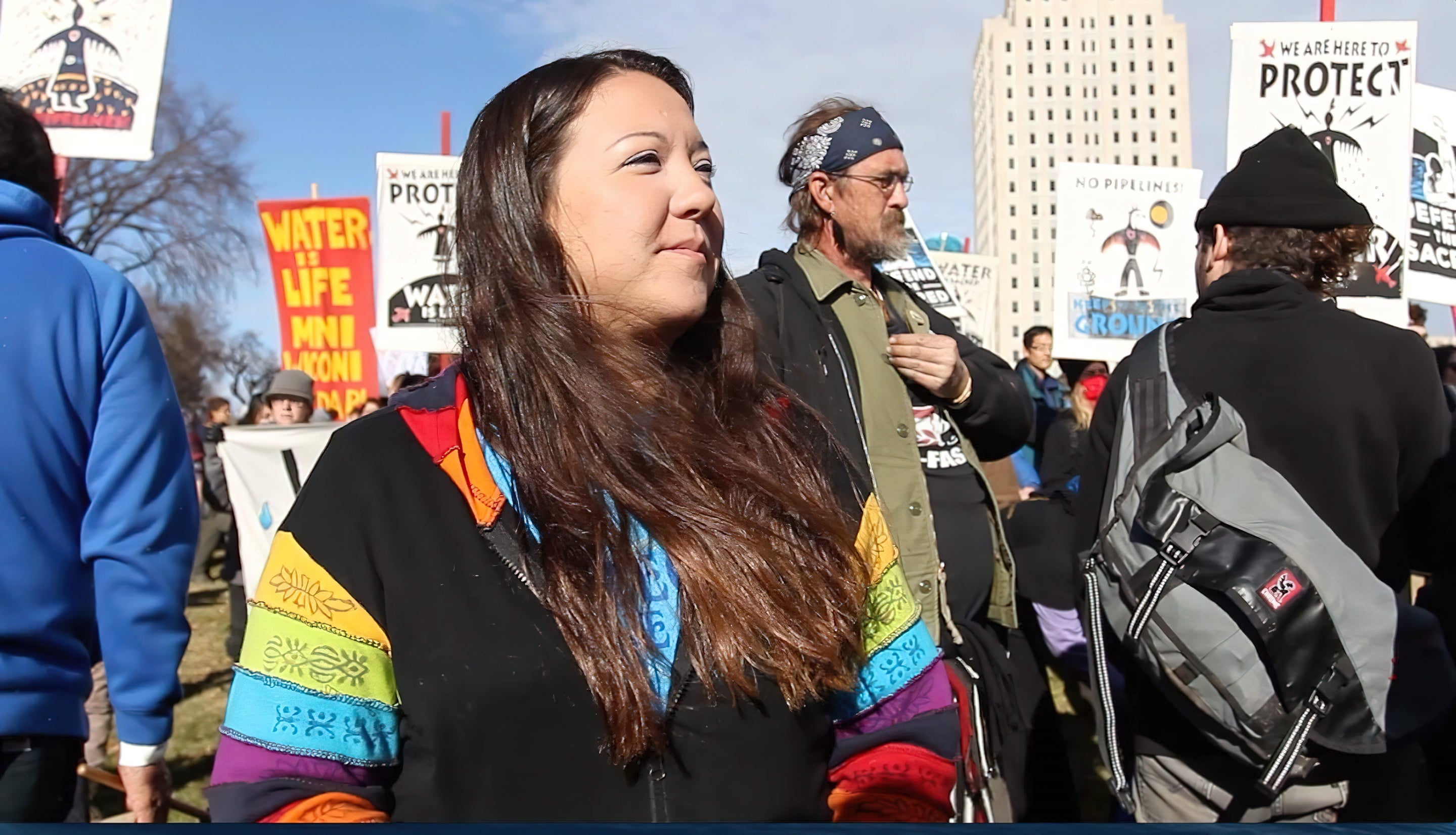 Kandi White: I’ve been working with the Indigenous Environmental Network since 2007, and I started because I was working within a group of women at Fort Berthold, and Mandan, Hidatsa, Arikara Nations against the proposed oil refinery. These groups that have been in their communities have been started by women, led by women, and continued by women. That is a pattern that I’ve seen all across in the country with all the different groups and grassroots organizations. A lot of women were stepping up and taking charge for the protection of the future.

SS: One of the understandings that IEN shares with many other Indigenous organizers and activists is the recognition that what happens to the land happens to the body. We’re not just stewards of our Mother Earth, we are the same. It’s one spirit with many physical manifestations. When we see our Mother Earth suffering, we feel pain in our own bodies, in our own hearts, to our own spirits. That connection between what happens to our Mother Earth happens to us also plays out very practically. How do we raise our families and our communities in a toxic environment? How do we fish? How do we grow food? How do we save seeds when the world is being polluted and when we are dealing with climate change?

KW: Being from North Dakota, right in the middle of the Bakken oil boom where fracking is taking place, we saw an increase in violence against women because there was an increase in men’s camps that came to work. Our little tiny reservation communities were no longer safe. Women were being, and continue to be, sex trafficked. In addition, the chemicals and endocrine disruptors [used in extractive processes] affect children and women when they aren’t even pregnant yet. Their very ability to reproduce is being disrupted because of endocrine disruptors.

SS: For many Indigenous communities and societies around the world, women are oftentimes the seed keepers, the gardeners, the farmers, the food growers, the tenders of our crops. Climate change is one of the most disruptive things that can happen to us as we’re trying to grow food. It affects our soil, our seasons, our water; it affects the relationships of life. It’s disrupting our ability to carry out our culture, to eat our traditional foods, to have our ceremonies and our medicines.

SS: That’s circling back to that gender balance that I was talking about. When we talk about feminism, we’re using that word right now as a tool. It’s about that balance, including gender roles. That balance between how much you take from Mother Earth, how much you give back. We’re always trying to walk in balance, at least traditionally.

How do you see Indigenous women addressing climate change?

KW: It’s been really beautiful working with the Indigenous Environmental Network because this is where I have a space to feel like I’m not alone. The struggles are happening in a lot of communities all around the world. [We] visit each other’s homelands to see each other’s struggles, and we lift each other up. Our strength is our culture, going back to our traditional ways that we never really left, but strengthening them both within our children and in our own communities. And always having an eye on seven generations ahead, but also seven generations back, to get a clearer understanding of how to operate.

SS: One part of the struggle is getting women back into positions of power and influence that were taken away by colonization. Traditionally, women in my community were in charge of manoomin (wild rice) and it was central to our economy. But with colonization and capitalism and patriarchy, that position of women was taken.

KW: There is a connection that we have to remember: that’s our connection with the sacred and knowing the systems of life. People should be looking around them at the grassroots for the solutions to the problems that exist that are perpetuated by the negative feedback loop of capitalism. Go outside and take off your shoes and stand on the Earth for five minutes. If you can, go outside and look at the stars. If you’re in the city, try community block gardens. Try a little garden on your balcony. Grow something. Grow anything from a seed and you’ll understand that connection. We have to remember to always reconnect. I envision a population that has remembered humility and has remembered respect for self and respect for land and respect for each other.


Listen to this full interview.