Indigenous Rights as a Central Value in Investing in Net Zero 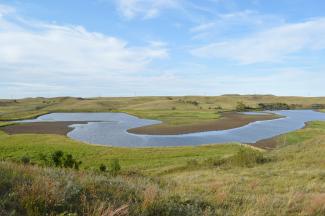 Unless we are careful, the harms done to the environment and to communities in the fossil fuel-driven economy will be replicated as we move together into a “green” economy. This fact has largely been acknowledged by many investor circles and significant work has been done to stand up frameworks that prioritize climate action. The rights of Indigenous Peoples are a central aspect of shifting portfolios towards net zero and a Just Transition. A state of carbon neutrality would be net zero carbon dioxide emissions; net zero can be achieved by balancing emissions of carbon dioxide with its removal or by eliminating emissions.

In fact, the organizational and corporate drive to align with net zero policies has been breathtakingly fast, in large part due to the desire to move on solutions and approaches to climate change mitigation and adaptation. The February 2022 Intergovernmental Panel on Climate Change report made clear that governments alone are not moving quickly enough to reduce carbon emissions to keep the global temperature below the 2℃ level necessary to avoid weather and climate catastrophe. Thus investors have focused on net zero solutions, or those that seek to balance carbon emissions by focusing on efforts to reduce or eliminate emissions. These solutions focus mainly on the environmental aspects of climate change mitigation efforts.

However, discussions around implementation of net zero policies alongside climate change’s impacts on human well being have opened global investor discourse to equal consideration of people alongside the environment. As the Intergovernmental Panel on Climate Change report outlined, climate resilient development can be facilitated by partnerships with Indigenous Peoples. Securing the rights of Indigenous Peoples encourages sustainability and reduces risk from climate action that could be potentially harmful, while consideration of Indigenous knowledge “can facilitate awareness, heighten risk perception, and influence behaviors.”

For decades, impact-aligned investors have known that frameworks for measuring impact along environmental, social, and governance metrics (ESG) have long lagged in the “S” or social category. For Indigenous Peoples, this has meant that corporations and investors have not integrated an understanding of, or a ready metric on, gauging whether Indigenous rights have been implicated by a particular development project. What has been well documented is that failing to respect the rights of Indigenous Peoples for companies and associated investors spans reputational, financial, political, and legal risks.

For example, in 2016 the Dakota Access Pipeline moved forward without consent from impacted Tribes, resulting in the $3.8 billion project costing the company, banks, the local community, and investors more than $12 billion. Litigation continues, showing the ongoing nature of legal and reputational risk stemming from poor Indigenous rights due diligence. The Standing Rock Sioux Tribes’ land and water supply are still under threat from possible leaks, spills, and infrastructure collapse.

In 2020, Rio Tinto destroyed the sacred Juukan Gorge in Australia despite knowing it was a site with deep cultural and historical significance. The company reportedly had not fulfilled its obligation to secure Free, Prior and Informed Consent with those Indigenous Peoples most affected. The permanent destruction of this site led to upheaval at the board and C-Suite levels and a shareholder rebellion, showing how companies are increasingly accountable not only to the communities in which they work, but also to the commitments they make to shareholders. 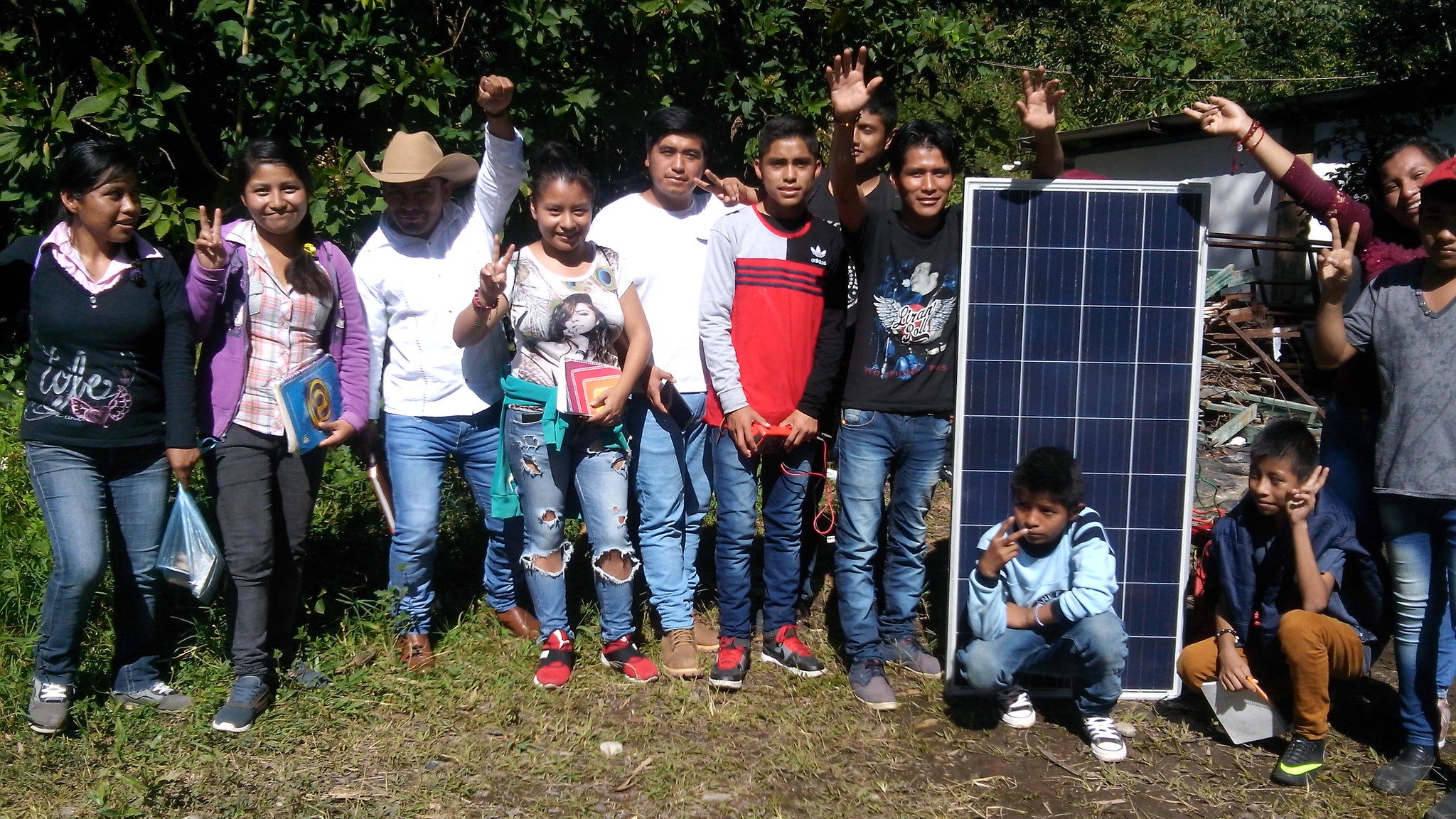 
The steady work done in the space, largely in reaction to these major events desecrating Indigenous lands, has meant that more companies are taking into account Indigenous rights risks and Indigenous well being as an integral aspect of aligning with international standards as set forth in UN Guiding Principles on Business and Human Rights to protect Indigenous Peoples’ human rights. More companies are now seeking rights respecting metrics as part of their forward leaning environmental, social, and governance commitments.


The same strategies are necessary as to their net zero commitments. There is a nascent and unique opportunity right now to build investment theses and funding strategies that reflect environmental priorities that are measured and valued at an equal level with community imperatives and human rights; a distinct shift from past valuations relegating social impact to the lowest and least measured rung. As one example, many investors have concentrated on solutions to reduce carbon in global emissions. This is laudable; however, many of these solutions do not truly include Indigenous Peoples, and the transition to low carbon or carbon reducing technologies could negatively impact Indigenous Peoples.

In order to achieve net zero by 2050, most clean energy infrastructure development and transition mineral extraction— projects estimated to be upwards of $6 trillion—will rely on using Indigenous lands and resources. In the U.S. alone, it is estimated that among essential metals needed for the energy transition, 97 percent of nickel, 89 percent of copper, 79 percent of lithium, and 68 percent of cobalt are found within 35 miles of Native American reservations. Therefore, pathways to a more just economy, and not just a different economy, must include participation from Indigenous leadership and Indigenous-led solutions.


In their report Indigenous Leadership and Opportunities in the Net Zero Transition, the First Nations Major Projects Coalition identified three drivers that center Indigenous-led clean energy development in the transition to a net zero future:

2. Indigenous Lands: “the inextricability of Indigenous Peoples, knowledge, identities, and rights from their homeland” where climate mitigation projects occur, as it impacts lands and traditional territories, well being, and “future generations who will inherit the same responsibility for their places and lands.”

3. Free, Prior and Informed Consent: the baseline “legal imperative” that Indigenous Peoples expect as owners of projects, including net zero and clean energy initiatives.


This third driver, Free, Prior and Informed Consent, is often deemed essential to the “rights and risks” approach to decision-making in resource development, but it is equally applicable to investment engineering. When corporations and governments fail to secure Indigenous Peoples’ consent where projects impact their land or resources, material risks to companies and investors abound.


Free, Prior and Informed Consent, as codified by the UN Declaration on the Rights of Indigenous Peoples, encompasses the right to self-determination in two main ways: autonomous governance and participatory rights, both of which are integral in the investment context to ensure Indigenous leaders do not lose autonomy over business decisions. This has too often been the case in the fossil fuel economy as Indigenous communities receive mere lease payments from development rather than full and equitable benefit sharing. To truly respect Indigenous Peoples’ right to Free, Prior and Informed Consent, investment deals need to ensure the retention of Indigenous Peoples’ autonomous governance over, and their participatory rights in, all finance and business decisions and outcomes.


As mining activity increases to meet the rising demand of renewable energy technologies and as private sector climate initiatives increasingly support Indigenous-led solutions, concrete action is necessary to protect Indigenous Peoples’ rights and reduce material loss. This can include screening out companies without rights-based policies or companies with a poor history of partnering with Indigenous Peoples, as well as requiring human rights and Indigenous rights due diligence from companies and banks. This means disclosing how Indigenous rights risk and partnership is done through voluntary and mandatory reporting from companies, banks, and investors. Without investor support for such disclosures, fossil fuel strategies may be ‘carbon copied’ onto the new energy economy, and bring with them the same material losses and costs to Indigenous well being.


As investors, foundations, and the philanthropic sector re-evaluate their portfolios and endowments with new and more investments in clean energy and net zero projects, they must devise robust screening and due diligence practices to identify all risks from violating Indigenous rights and identify opportunities to elevate existing Indigenous expertise and solutions. These are the first steps towards a Just Transition for all.


--Kate R. Finn (Osage) is the Executive Director of First Peoples Worldwide, a leader in deploying strategies to move the market towards respect for the rights of Indigenous Peoples. Finn is also a Cultural Survival Board Member.