Indigenous Gender Concepts in the Context of Climate Justice 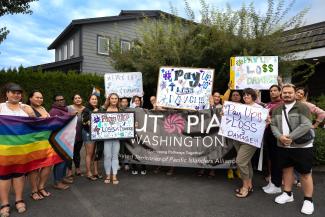 A person’s Indigeneity flocks from deep within, and most of the time we lack understanding of what that is founded upon. Some may say it is through the color of your skin or the texture of one’s hair. But in most cases, we define Indigeneity as the language we speak and the cultural practices we commonly adhere to. Indigeneity is encoded in one’s DNA, and in the matter of traversing through time and spaces, our individualities and cultural beliefs have succumbed to the rituals of socially dominant groups. Today, we identify our values and perspectives as Indigenous Peoples of the sun. It has been a challenge to employ our own individuality, particularly in the context of environmental equity. I am an Indigenous Pasifika and a trans woman of color.

My Indigeneity as a Samoan-born individual already puts me under the microscopic lens of the mainstream, as Pacific Islanders equate to one percent of the U.S. population. My gender identity as a Fa’afafine (Samoan third gender), which in our culture means way of a woman, contributes to another disadvantage. The doubly adverse effect of being Indigenous and Queer may come as no surprise; according to research by the Center of American Progress, one out of three 2SLGBTQ+ Americans have been victims of discrimination in some way during 2020, including more than three in five transgender Americans.

Transgendered people are deliberately underrepresented in talks of environmental justice and liberation. This discrimination disables a transgender’s ability to adequately respond to environmental harm, according to an article in the American Journal of Public Health. Climate change raises the hardships of Trans and Queer people worldwide. Because of this, Queer liberation must be held up as a core concept of climate justice organizing.

My colleague Amasai Jeke, Regional Community Organizer for UTOPIA Washington, whose mission is to “provide sacred spaces to strengthen the minds and bodies of Queer and Trans Pacific Islanders through community organizing, community care, civic engagement, and cultural stewardship,” describes the challenges we are facing because of climate change in Samoa: “The impacts of climate change are a lived reality every day. Many of the coastal villages are shrinking at a fast pace due to sea level rise; villagers are still in shock that this would happen in their lifetime. More and more families have moved inland and to higher grounds to escape not only the sea, but the sea spray, which damages property including houses with iron roofing. Window frames that once needed replacing every five years now require replacing due to rusting at least once a year.” 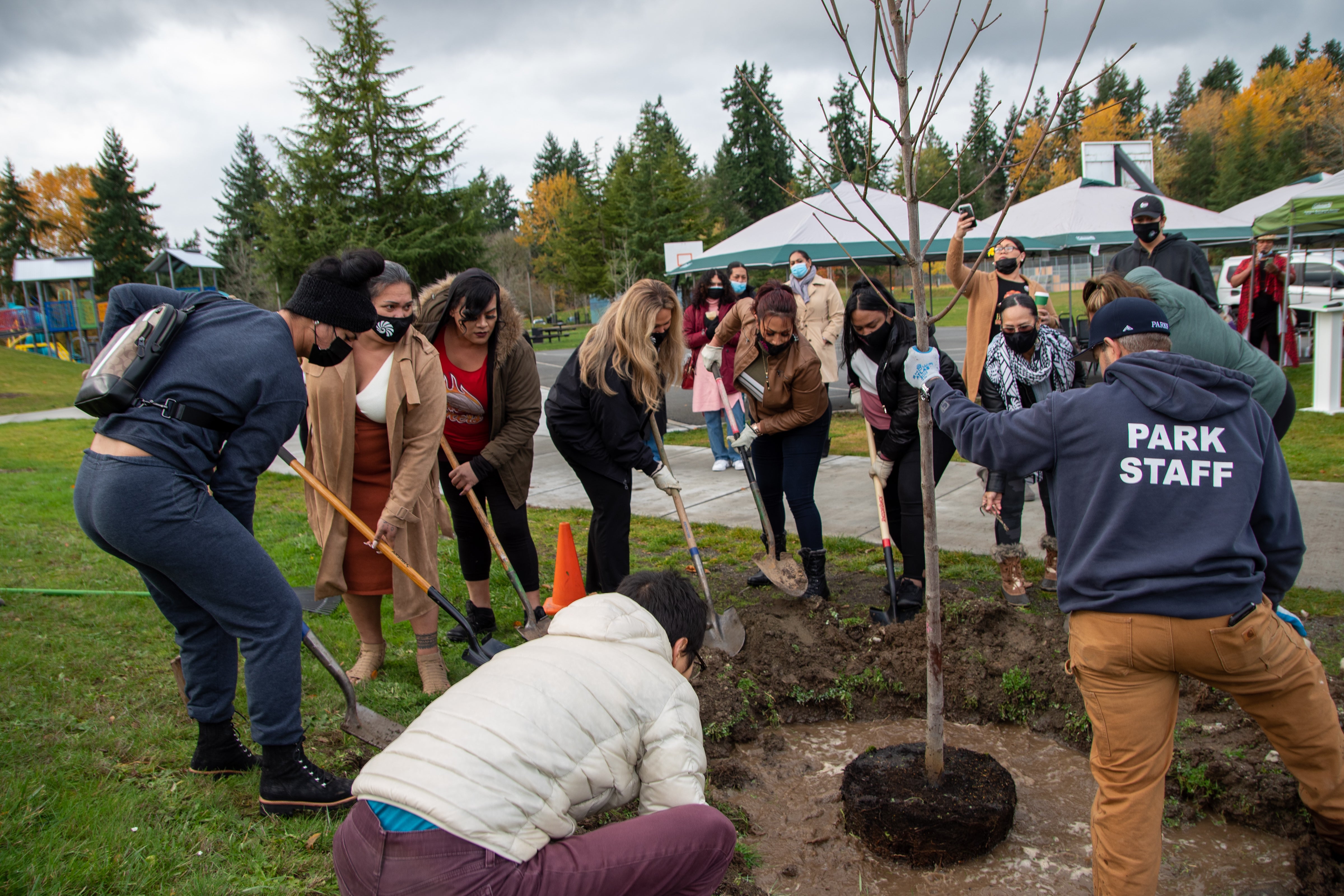 UTOPIA WA plants a tree to commemorate the lives lost due to acts of transphobia. Trans Awareness Week and Trans Day of Remembrance, November 14–21, 2021.

Jeke continues, “Moving inland and to higher grounds means starting all over again, rebuilding homes, replanting crops, and adapting to a different kind of terrain. The swift reaction is a demonstration of adaptation and resilience in the face of climate adversity, but the economic loss and damage to livelihoods is a major impact. These experiences are not only common in Samoa, but [also in other] Pacific Island countries. With the increasing global surface temperatures, the possibility of more droughts and increased intensity of storms will likely occur. Pacific Island nations account for only a tiny fraction of the pollution that drives global warming, but are among the most vulnerable to rising sea levels and extreme weather linked to higher average global temperatures. The risks over coming decades are particularly severe for low-lying atoll nations such as Kiribati and Tuvalu, to name a few. One of the core issues that Pacific Island countries are addressing constantly is Loss and Damage, which has been a long-standing concern for Samoa [and] all island states. Climate change is the single biggest security threat, as it threatens our livelihoods and well being.”

From a Pasifika perspective, the environmental disparities and gender inequalities in the U.S. do not always reflect the experience in the Samoan islands. As Indigenous Pasifika Islanders, we bear much of the brunt from natural disasters like sea level rise. We combat climate change by way of inclusivity. As a collective, especially in political spaces, our voices as Trans Pacific Islanders are regarded as essentially important as a final piece to the puzzle. In Samoan culture, there is a concept we are all familiar with, and that is respect. This is held as one of the most well represented values instilled in our governing system. However, our cultural values intertwine with religious beliefs, and although our culture and heritage gives us Trans and Queer folks the light of day to express our thoughts and experiences, religious ideologies rendered by chiefs and matais (community leaders) are not always supportive of our ideas and suggestions. 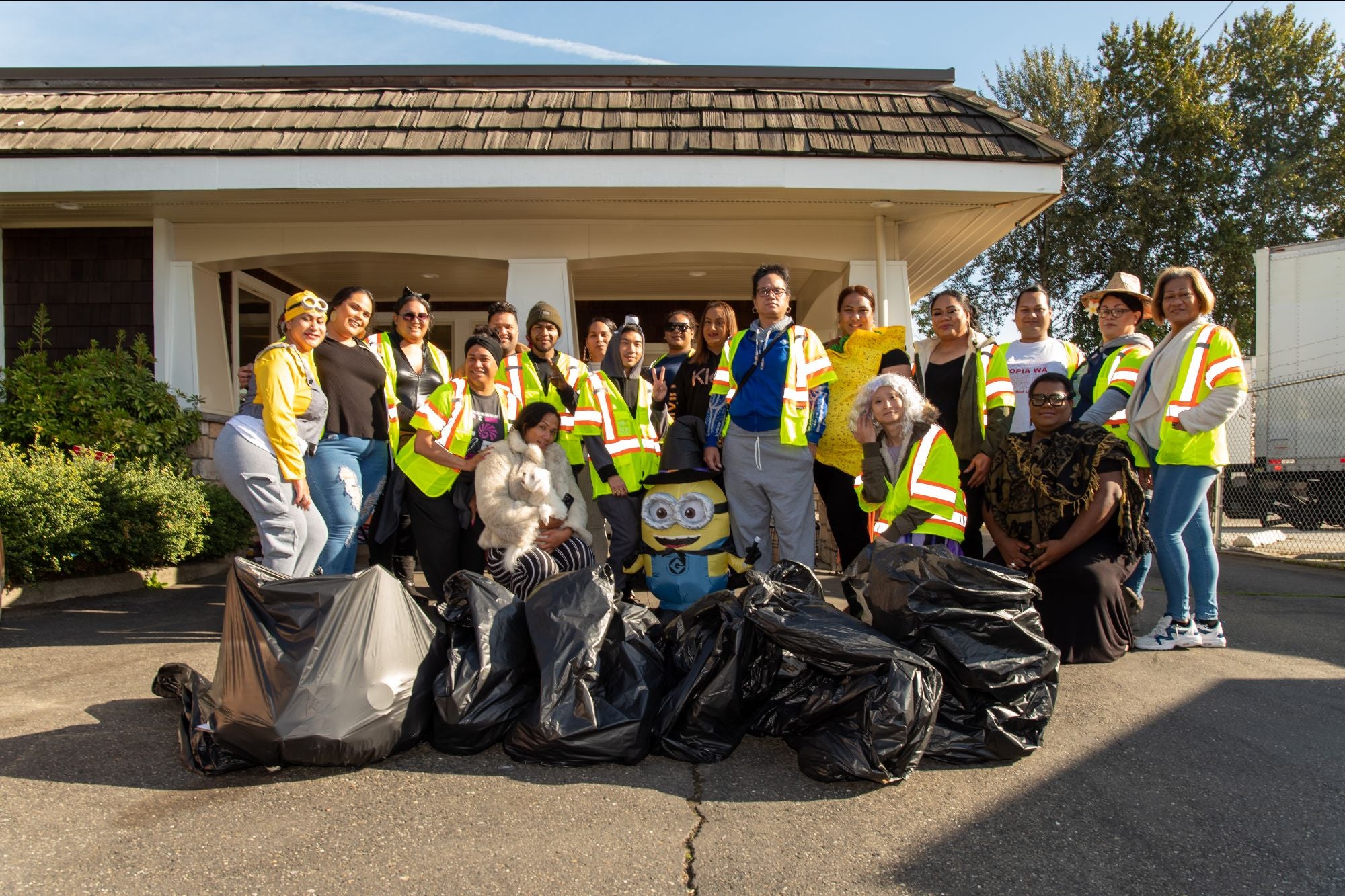 More recently, we have seen a lot of changes with our community leaders, who have become more inclusive and accustomed to the third gender. If you were to ask a Samoan heterosexual cisgendered male or female about Fa’afafine, they would simply say we are profound with our service to the community. Rarely will you hear them say things like we have the right to marry within the Christian faith, occupy leadership positions, or even have legal rights to change our gender on our birth certificate. The Queer community has struggled for the longest time for their rights and visibility. We possess a strong urge to fight and build knowledge of climate change.

Our gender identity is often unrecognized or frowned upon, referred to as insignificant in the event of a political conversation. Most political spaces are masculine heavy, thus contributing to the difficulty of fully engaging in conversations as a Fa’afafine. My experience as a Fa’afafine who has lived in American Samoa for more than 20 years sparked somewhat of a fascination by the clemency that is our Samoan culture. This has empowered me to be an educator, to participate widely in religious activities, and to live openly as a Samoan Fa’afafine in my own right. I have been at the forefront of fundraising activities in efforts to replenish financial losses during several natural disasters, including the devastating tsunami of 2009 that took our islands by surprise. At the end of the day, we are a community founded by the love we have for one another, despite our differences. 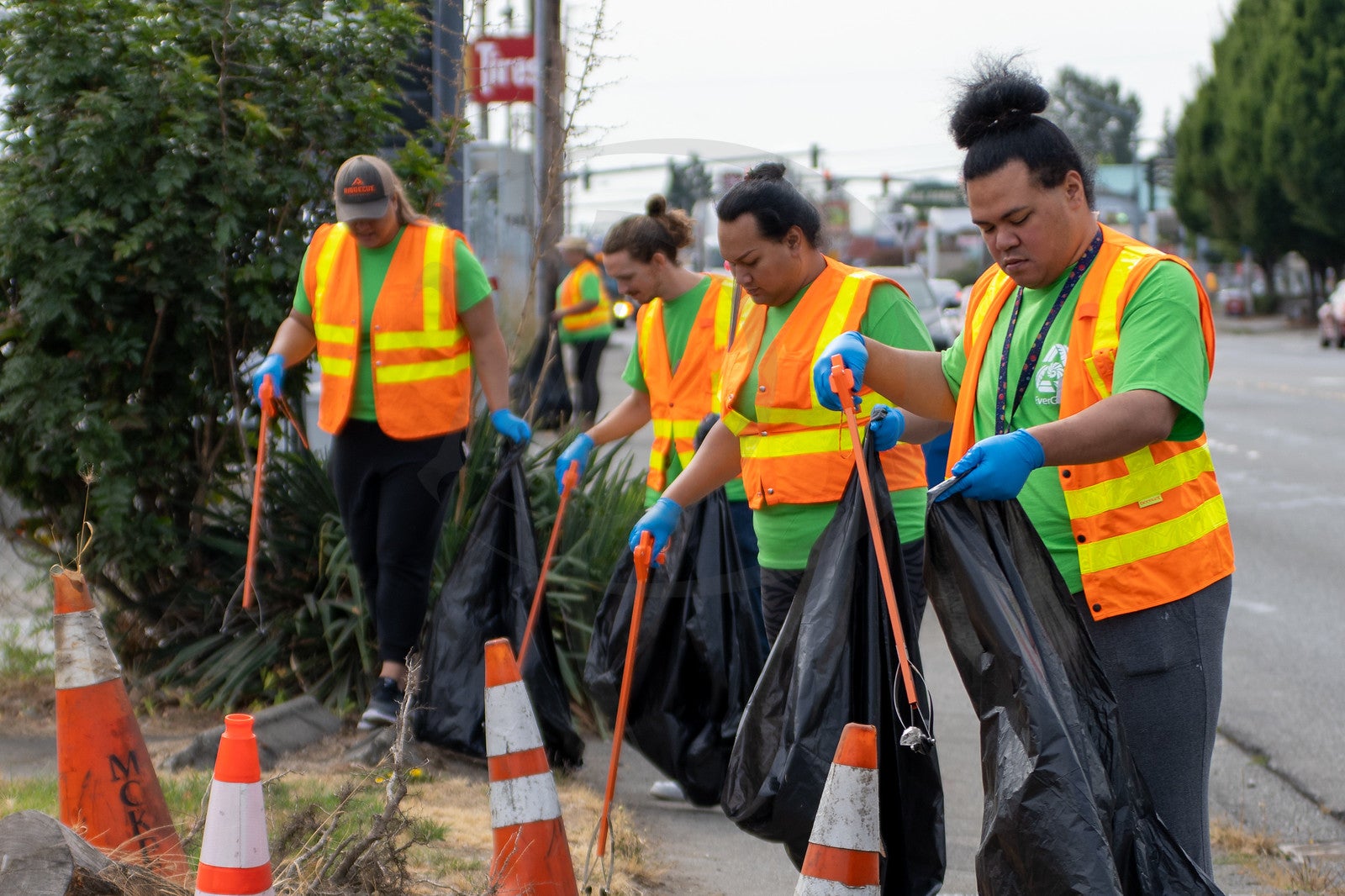 Now, I am more dedicated than ever to consider the reality we face as frontline communities living in foreign lands, which colonially constitutes how assistance is distributed. American Samoa belongs to a system of isolated locations in the midst of a climate catastrophe. Our climate justice program within UTOPIA Washington helps amplify much of the concerning elements we face as people of the Pasifika islands living in the diaspora. We believe the roots of climate change are tied to the roots of multiple systems of oppression, and as an organization we have been working to develop strategic analyses around the fight against climate change. With respect to the intersectional and cultural lenses as People of Color, there has been participation in numerous talks or conversations around climate awareness and what we can do in the diaspora to vocalize and execute policy change. Since we share one planet and one future, we have a responsibility to each other, no matter where we live or
how different our cultures are.

— Everly Faleafine (Samoan) is a Climate and Environment Program Manager for UTOPIA Washington.