If Not Us? The Indigenous Youth Homecoming Movement In Indonesia

Mina Susana Setra (Dayak Pompakng from West Kalimantan) is an Indigenous, environmental, and land rights activist. She is currently the deputy secretary general of the Indigenous Peoples Alliance of the Archipelago (AMAN), an Indigenous organization based in Indonesia. AMAN spans 33 provinces with 2,271 member communities serving 19,000,000 people via 21 regional and 119 local chapters. Their mission is to ensure that Indigenous Peoples are politically sovereign, economically independent, and culturally dignified. Cultural Survival recently spoke to Setra. 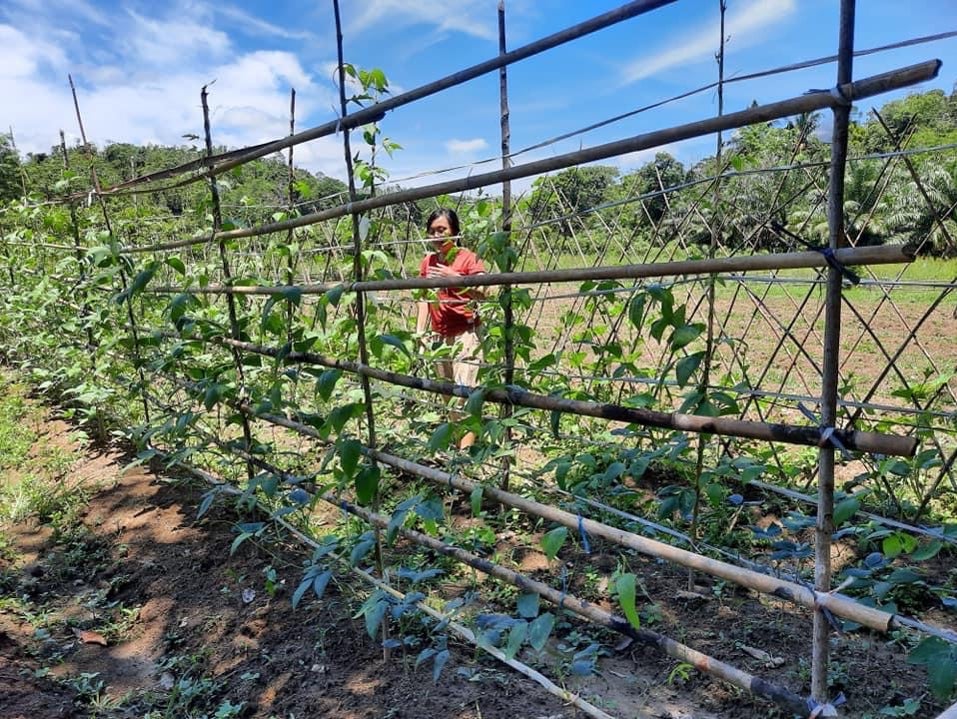 Mina Setra: AMAN has been working on Indigenous issues since 1999, cross-checking issues on Indigenous rights. These days, the issue of food sovereignty is very, very important, especially during COVID-19. Everywhere now, governments are struggling to ensure food security for their nations. Food sovereignty is really important for Indigenous Peoples. We are trying to ensure the right to land for Indigenous people so they can manage their territories. There’s so much potential in Indigenous territories that have not been utilized or managed yet. It is really important for the communities to manage our territories, because if we don’t, then somebody else will. Governments or companies come to take away our land and exploit it for business.

During this pandemic, we can see clearly that in these territories where the land is already gone there is more crisis and hunger compared to the Indigenous communities who still have land and forests that they can manage for farming. We decided that we are not going to wait for the government to come to support us. Communities have established their own response teams. We have 118 teams working with the communities making sure that every community starts with planting so that they have crops in 3 months to harvest.

Most of our communities are still doing their traditional farming and they are safe. Their food stock is full for the next two years. But not in communities whose territories are used for mining—they don’t have any surplus. We are trying to ensure that the communities keep planting so they can also deliver support to the communities in crisis. We really want to implement the principle of reciprocity. 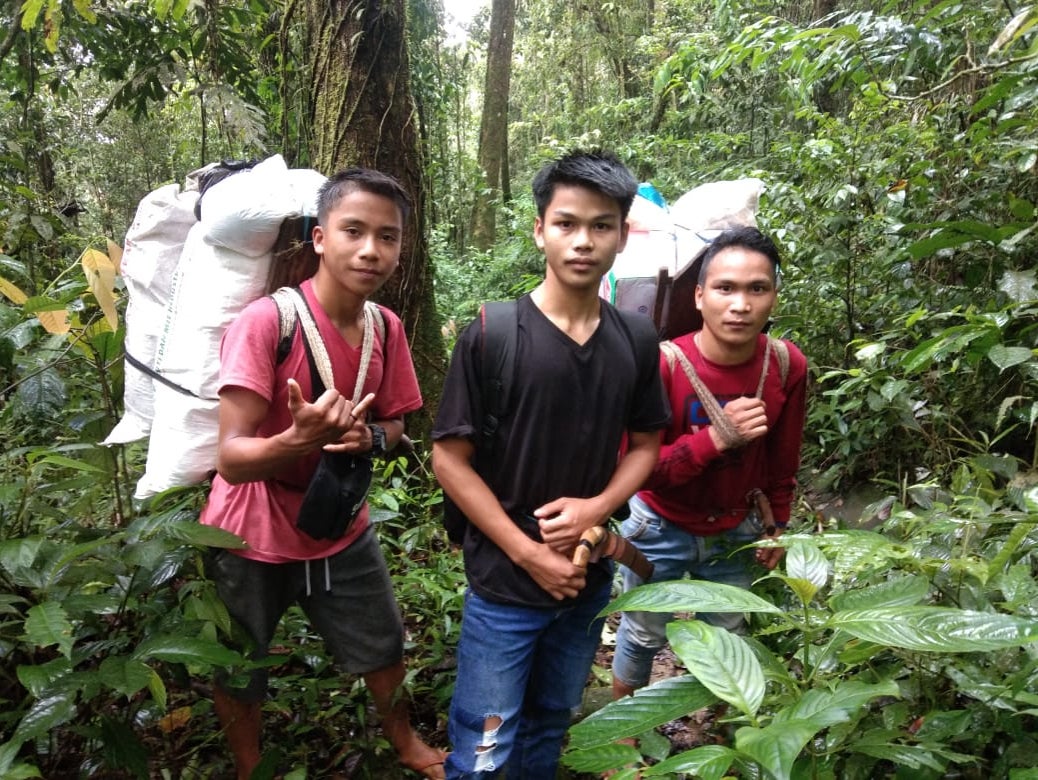 Dayak Meratus youth in South Kalimantan after foraging in the forest.

CS: What is the Indigenous Youth Homecoming Movement?

MS: A few years back, Indigenous youth had a big gathering and they decided to start this movement, calling their colleagues from the cities to return back to their communities to help defend, protect, and manage their territories. They realized if everyone leaves the community to go to school in the cities and they don’t return back to their communities, who is going to manage their territories?

Since the movement started, there is much progress. The first initiative was establishing Indigenous schools everywhere; now we have 55 Indigenous schools all over Indonesia. Many children attend the formal schools as well, but after school they have lessons from the elders. They learn traditional knowledge. They go to the forest with the elders, they practice traditional farming, learn about traditional medicines and dancing rituals, and learn their cultures. This is to ensure that the children are connected with their ancestors, with their elders, with their communities, ensuring they have strong ownership of their identity, especially now in modern times when the cell phone easily makes people forget everything. Many young people have lost their way because of that. The Indigenous schools help connect children with their communities and their territories.

The other initiative is establishing farming areas and herb gardens. The youth realized that traditional knowledge, especially related to traditional medicine, has slowly vanished because many forests are already gone. And elders who are knowledge keepers, they are less and less. The youth started to document this knowledge about different plants for medicines by interviewing the elders. They started their own gardens by working together with the elders. They went to the forests and collected seeds and planted and labeled them in the gardens.

It’s amazing to see how this connection between the youth and elders really helped, especially now during the COVID-19 crisis. Many elder healers gathered and started making different kinds of ingredients to boost the immune system because we realized that if you have a strong immune system, maybe you can prevent COVID-19. We managed to prevent the virus from getting into the communities. And because no one is infected inside the communities they can still do their farming, and their daily activities. COVID-19 provided an opportunity to show that our way of life is the best choice we have. It’s been proven that we can rely on our agricultural systems during this crisis. We do not depend on anybody else.

The youth also realized they can earn income from farming. Groups in North Sulawesi and West Kalimantan managed to make $15,000–$25,000 USD from each harvest, which is much more than they can earn in the cities. After they see that this works for them, they don’t want to go back to the city. They just live in the community and start doing different kinds of things. They have the gardens, music, dancing, making instruments, or handicrafts. I’m so proud to see how the youth are working in Indonesia. The youth also developed a smartphone movement to document, interview, and make videos in the community. They train the other youth. They promote the gardens and farms on Facebook and different kinds of ways. We are also doing a global campaign with the global coalition, Guardians of the Forest to spread the word about the Homecoming Movement. Again, who will manage our territories if not us? 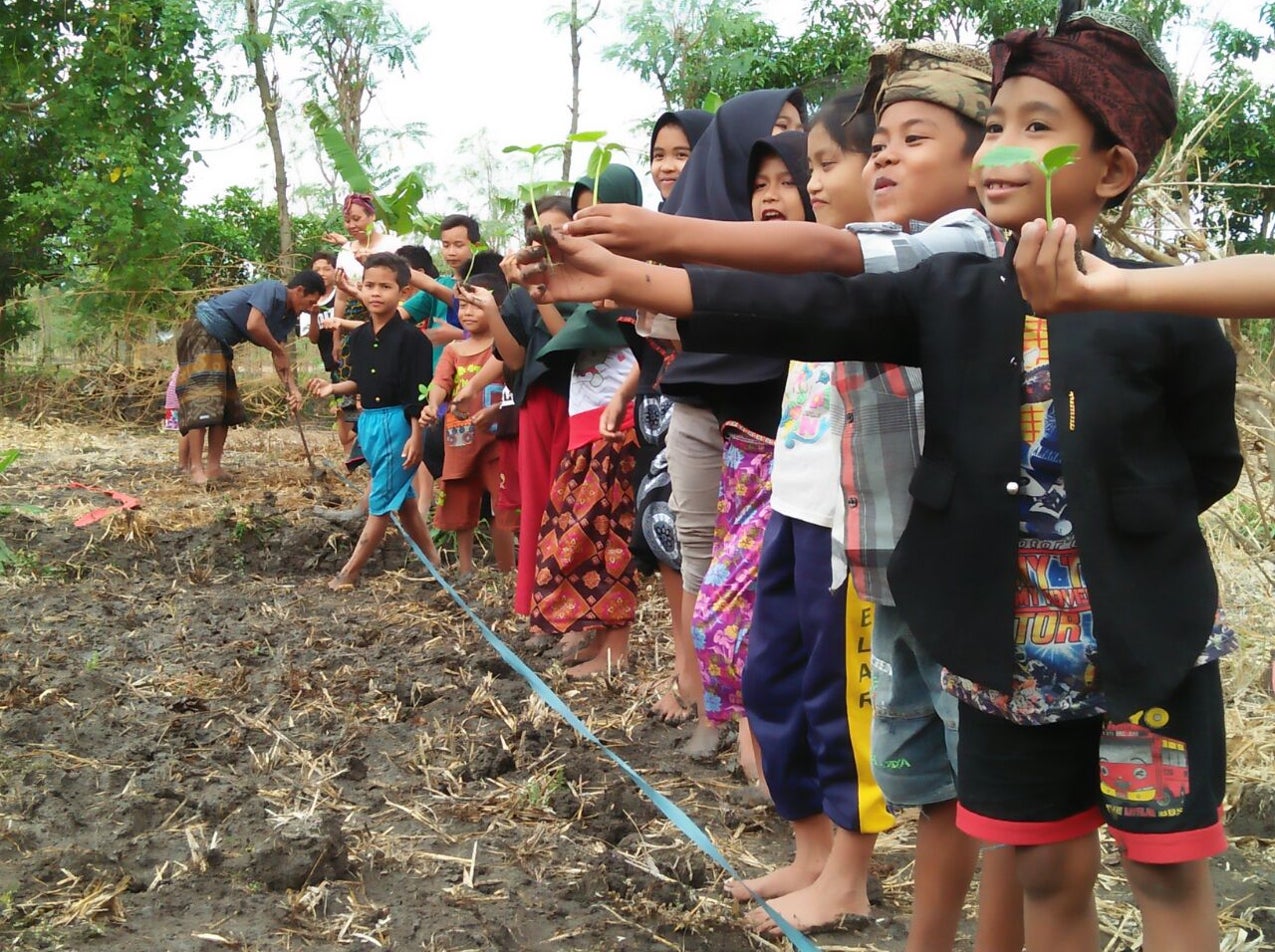 CS: What are the local foods that are key for food security?
MS: In Indonesia, our main food is rice. During the Suharto era, a campaign was promoted that if you don’t eat or harvest rice you are not “civilized.” In Indonesia, Indigenous Peoples have so many different kinds of food. We are trying to bring back varieties of food into our communities. We’ve tried to make different kinds of food to become a trend again. You know, people started eating cassava again, bananas are a main food.

We need to ensure that varieties of food in Indonesia or in our communities are still available. Even for rice, we have so many different varieties. Two years ago the Indigenous youth did research on the Indigenous food system in Indonesia in seven different communities who have their land intact compared to communities with mining, urbanization, oil palm plantations, or other forestry plantations. Indigenous communities of the Dayak Iban of Sui Utik in West Kalimantan compared the food system in Sakai communities in Sumatra, whose communities are under threat because their territories are already gone due to palm oil plantations or mining for oil and gas. The Sakai communities only have five varieties of food, while in Sui Utik, the Iban communities in West Kalimantan whose lands and forests are intact, have hundreds and hundreds of different kinds of food. Even only for rice, they have 69 ancestral varieties alone. Some of these varieties’ seeds are very old from their ancestors. They call it Padi Pon, and they usually plant this last after they have planted different varieties and do it with rituals.


Indigenous communities’ identities are really tied to their agriculture systems. The whole livelihood system in communities is related to the agricultural system. From listening to the sound of the birds that give them the sign of when they should plant, they clear the area, make it fertile, and start planting. In the middle of the year they have a harvest and then they have rituals for harvest ceremonies, like thanksgiving to the ancestors. Then in August, they will start clearing and planting. The whole system of the year is related to agriculture. If that’s gone, much of our culture will be gone as well. Each step for ladang (the Dayak Peoples’ traditional farming system), has their own rituals. If that is gone, all of our rituals will be gone as well. 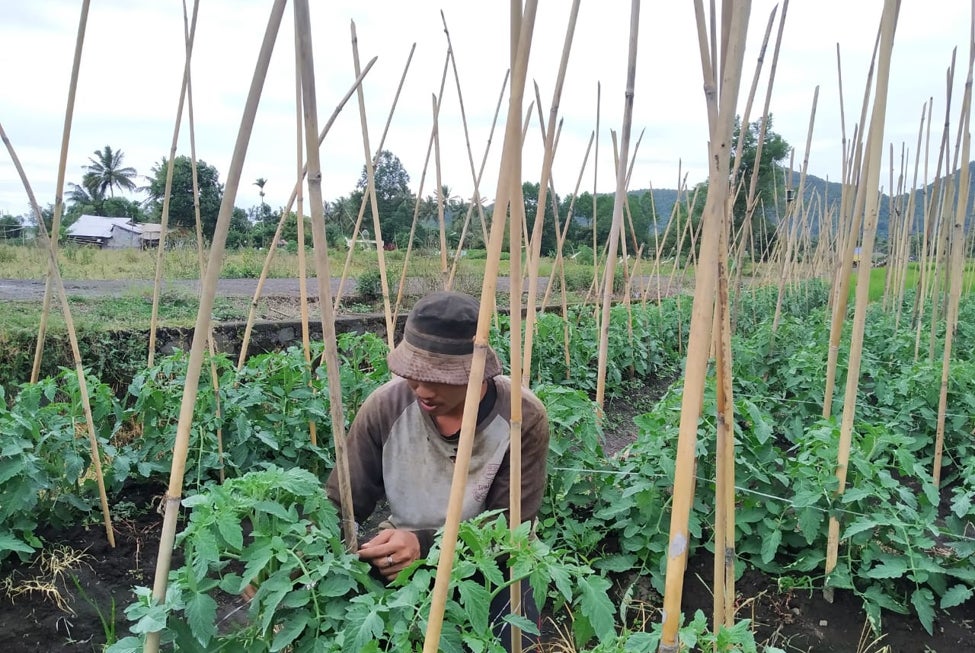 CS: What does the future of Indigenous food sovereignty look like in Indonesia?

MS: We just met with the Minister of Agriculture to talk about Indigenous food sovereignty and how governments can protect Indigenous Peoples in doing our own farming system. Because of the recent forest fires, many Indigenous Peoples could not do their farming systems anymore and were accused of causing the fires. But the cause of the forest fires are mostly companies who burn huge areas for the palm oil plantations, whereas Indigenous Peoples only manage one or two hectares. Many people misunderstand the Indigenous farming system. We were accused of chopping the forest because we keep moving our farming areas. We have our own territorial management system where there are already allocations of land or areas for farming; we are allowed to farm only in that area. What Indigenous people do after they clear out the area, they wait until all the materials are really dry, and then they burn it to avoid a lot of smoke. Usually it’s out very quickly. They also put a barrier so the fire will not spread into the forest. Because of the fires in Indonesia, many Indigenous Peoples are afraid to do their farming again because they are afraid they will be criminalized. AMAN has our lawyers working to get them out. We are having many dialogues with the government to make sure that they do not criminalize Indigenous people for doing traditional farming.

All photos courtesy of AMAN.