Human Rights under the Khomeini Regime in Iran

The people of Iran today are reeling in shock and disbelief at the oppression, devastation, and violence the Khomeini regime has wreaked upon their land.

In Iran, the state is organized to suppress a society in both its private and public affairs. Under the pretext of religion, it has declared a "holy war" on its own populace. Any disagreement or discontent with Khomeini, his regime, or their policies and edicts has become tantamount to opposing God and His Prophet.

Because of human rights violations, domestic crisis (that includes over 30% unemployment, devaluation of currency to 1/4 of its previous international value, over 100% inflation, industries presently working at 40% of their pre-1979 levels), and the hundreds of thousands killed and wounded and millions homeless as a result of the Iran-Iraq war, the Iranian people's discontent has escalated during the past four years. The regime's only reaction to this discontent has been oppression of ever-increasing savagery. There have been 30,000 executions in the past 18 months.

According to Amnesty International, whose conclusions are based on conservative estimates, the number of executions in Iran is more than that in the rest of the world combined. Torture is omnipresent, even in small cities. Methods, including beating, whipping, burning, rape, and hunger, are implemented by any local amateur gang including the mulla judge and his "guards;" Khomeini himself has provided them the justification for their crimes in his "religious" edicts and attitudes.

A woman wearing the full veil was seen wearing lipstick by some local guards in the northern city of Tabriz. They immediately took her to the city's busiest intersection and flogged her 101 lashes. One can only imagine what goes on behind prison walls. Documented reports or gruesome incidents have been made available by several international agencies. The nature of the regime is perhaps best revealed by the following example: A woman went to Khomeini's chosen heir and successor, Ayatollah Montazeri, complaining that her teenage daughter had been raped before being executed. She asked how this could have been done in the name of religion. The Ayatollah politely explained to her that the execution of a virgin is forbidden in "Islam."

Nor does the Khomeini regime stop the repression at its border. In 1981, some Baha'is, perhaps the most persecuted group in all of Iran, were followed into Pakistan where the Iranian government began extradition proceedings so the refugees could be returned to Iran for execution. To protect the Baha'is, Pakistan had to put them in jail.

Having lost whatever popularity it initially enjoyed, the Khomeini regime realizes that it can remain in power only through terror. Meanwhile, executions at the rate of one every 25 minutes, unwarranted arrests and widespread torture continue unabated. If only for one week the amount of freedom existed as during the Shah's despotic rule, the people of Iran would arise and depose Khomeini as they did the Shah. 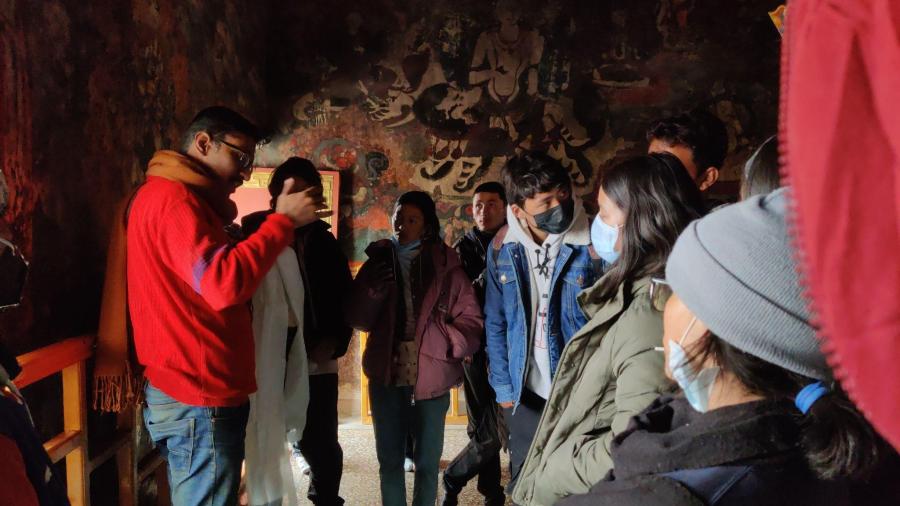