Guide to the Technology

SCOPE AND LOCAL POTENTIAL OF GEOMATICS

These technologies are being used locally for applications generally assumed to be the preserve of sophisticated research institutions and centralized agencies. For example, simple video and digital cameras can mimic a "spectral window" as viewed by a multispectral scanner used by imaging satellites. (A multispectral scanner is an instrument used to capture reflectants only in specific parts of a spectrum, enabling researchers to identify features that would otherwise be invisible. For example, crop disease can be seen in the infrared band of a spectrum. In this case the infrared band would be the spectral window.) GPS positioning enables such local, highly detailed images to be directly compared with satellite images, which cover larger areas but in far less detail. This suggests a dual utility for local mapping and geomatic applications: not only can only serve local needs in biodiversity conservation but they can also be used to extend, amplify and verify the information gathered by global monitoring systems. There is a scope for the mutually beneficial exchange of global and local environmental data.

At the local level, geomatic technology has the potential to amplify the capability of groups with limited resources to map and monitor large areas of land. For example, it has been estimated that one-third of the Amazon Basin, 210 million hectares, will revert to indigenous control. Altogether, as much as 13% of the Americas will fall under some measure of indigenous control, almost double that committed to protected areas. However, indigenous communities have virtually no resources at all to protect their lands. From that perspective, these emerging local applications for geomatic technologies show how to do much with little.

The GPS is a web of 24 navigational satellites originally installed by the Pentagon so that submarines could locate themselves. A GPS receiver works like a transistor radio; once it is exposed to the sky and receives signals from three satellites, it will compute its triangulated position and display it as coordinates. Reception of four satellites will produce a 3-dimensional fix. GPS units can also be used to navigate between a set of "waypoints" entered by co-ordinates.

Geocoding, or georeferencing, is simply the identification of any bit of information by its geographic coordination by its geographic coordinates. GPS receivers are ostensibly accurate to 30 pm. However, the Pentagon may degrade signals accessible to civilian units to accuracy within 100m. This "selective availability" can be circumvented, but at a cost.

Differential GPS uses two units: a base unit left at a site with verified coordinates and a mobile unit taken into the field. While the mobile unit is in use, the base unit records noise and signal variations in the GPS web. Post-mission software subtracts noise from the mobile unit's positional record. The resulting accuracy will match that of the base unit. Accuracy within 2 to 3 meters can be achieved at some extra cost, while positions within a few centimeters are obtainable at far more expense. Reliable GPS units are obtainable from $400. Systems for the more accurate differential GPS can cost from $10,000 to $20,000 accuracy is being devised, and this cost is sure to decrease soon.

Coupling GPS with other Technology

GPS can be coupled, or integrated, with photo and video cameras so as to automatically geocode the imagery. This is an unnecessary expense for most ground work but is useful in the air. One new instrument combines a GPS with a laptop computer. With a digitized aerial image on the screen, the user is shown as a point of light moving over the landscape.

GPS has its limitations. For example, forest canopies interfere with reception. A method is needed for raising the GPS antenna above the canopy. Also, battery life is low at 4-6 hours: each AA cell lasts about one hour.

For practical purposes, satellite images are defined in terms of their ground cover the ground resolution. They are derived from digital scanners or conventional cameras on the space-craft. The major satellite sensing systems include:

LANSAT (US) produces images in four spectral bands which over 160km z 160m at a ground resolution of 30m.

A Russian system uses conventional cameras in the satellite. This means that the images cannot be retrieved in real time, but they are of higher resolution (apparently to within 2 - 5 meters). This technology is now becoming available sporadically.

RADARSAT (Canada) is due to be launched his year and promises panchromatic imagery with resolutions in the 20-30m range. Although radar imagery is low in resolution and spectral information, it has the advantage that it can "see" through cloud cover. In the Colombian Pacific forest, for example it is virtually impossible to obtain satellite images free of cloud cover with current Satellite systems.

Satellite imagery has proven useful in areas where maps are non-existent or inaccurate, and in Brazil its use has been accepted for providing legal evidence of illegal activity in indigenous, land, Images cost from $2,000 to $6,000 each, although year-old imagery can be cheaper. For the Yuqui demarcation, SPOT images were obtained at an educational discount for $1,000 each.

This usually means images from airplanes, although kites, balloons and dirigibles have been used for the same purpose. For local mapping, four imagers have potential: photo, video, digital and radar (similar to satellite radar).

Conventional aerial photography, which uses 230mm x 230mm (9" x 9") stereoscopic mapping cameras, is very accurate but expensive. It is generally thought to be justifiable only in covering large areas for topographic mapping.

Black and white aerial survey photography, 230mm x 230mm, has proved useful in the course of local PRA (Participatory Rural Appraisal) exercises. But the scale (between 1:20,000 and 1:60,000) us considered too small for useful local discussions. Several studies have independently concluded that a scale of 1:5,000 is optimum as a stimulus for local discussions, as villagers are able to easily recognize significant features.

Over the last ten years or so, researchers have experimented with small format cameras (70mm and 35mm), in some cases using up to four cameras filtered to enable each unit to gather data in a specific spectral band. Small format photography has a potential for such applications as crop and forest disease detection, land use sampling, urban and settlement studies, and wildlife census. Its advantages include its low cost, simple operations and processing, and the wide range of film and lens types. The one disadvantage is the limited image ground cover by comparison with standard mapping cameras. Small format is suitable for obtaining selective data to upgrade existing maps, but not for topographic mapping itself.

Aerial video is attracting interest for a similar range of local and specific applications. The advantage over photo survey is that tape is cheaper than film and carries no processing cost. The disadvantage is lower resolution. Aerial video data can either be interpreted directly as a moving image or can be converted to a series of still images by the use of a "frame grabber." These images, like still photo images, can then be either interpreted directly or digitized for computer-based analysis. Digitization causes a loss in image resolution but a gain in image manipultation. Although some reports refer to a new generation of "digital video recorders," these do not obtain imagery in digital form, they simply place a digitizer within the camera. Moving video has been used for locating point sources of pollution and for coastal studies, in fact for many small format photo applications which tolerate low resolution..

Direct digital imagery can be obtained using of the new digital frame cameras. These are still cameras which resemble photo cameras but which use an array of digital receptors instead of film. At present, data storage capacities limit the utility of digital cameras in light aircraft. One currently available system requires 1.3 megabytes perimage. However, once this problem is resolved, these cameras will be competitive with the video/frame-grabber combination.

When coupled, or integrated, with GPS, photo/video combinations in light aircraft have great promise for a wide range of mapping and monitoring missions. For monitoring missions. For monitoring environmental change with differential GPS navigation, flight liners or selected photo sample plots can be replicated to an accuracy of less than 5m. Where traditional lands are recognized on paper but not demarcated on the ground, their borders can easily be monitored with GPS/video to produce image transects.

These range from relatively cheap and simple methods for image manipulation and map production to powerful analytical technologies capable of correlating and manipulating large numbers of "layers" of geographical information. There is wide interest in geographic information systems, but only a few groups so far have used this technology to its full extent. There are accounts of technological overkill; vendors at a recent GIS conference in vancouver estimated that 80% of the GIS obtained by First fully utilized. Various reasons were cited for this: lack of initial training, lack of initial training, lack of follow-up service, and hidden and incremental costs. Many groups using more sophisticated GIS have become obliged to hire full-time operators.

At the simple end of the GIS scale, emerging low-costs systems have proved valuable in simply integrating geocoded data, gathered locally with GPS, and producing maps as evidence of traditional land use and occupancy. These are compatible with basic computer systems and software and cost $500-$1000.

Experience to date suggests that advanced GIS makes sense when working on a regional basis with associations of communities or with long-term environmental management institutions emerging from land claim settlement. For making local maps at the community level in preparation for negotiations, simple map-making systems compatible with standard computer systems may be quite adequate. 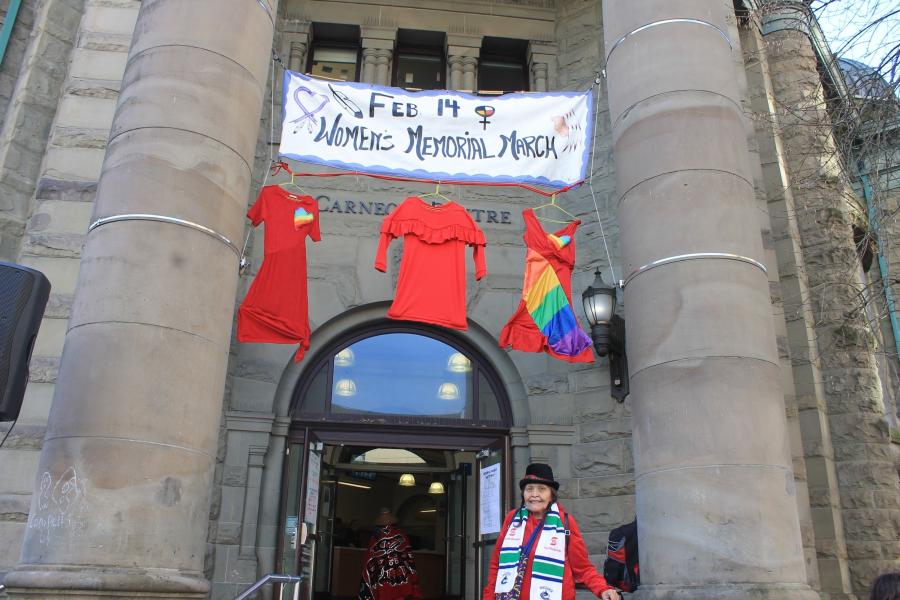