Fighting for Survival on Easter Island 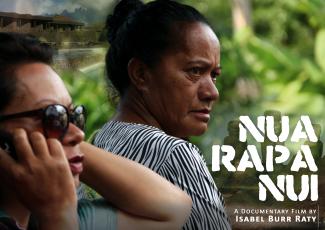 I am Marisol Hitorangi, spokeswoman of the Hitorangi Clan of Easter Island, Chile. As a Polynesian clan we are struggling to recover our ancestral land, which was illegally expropriated by the Chilean State. We have been tortured for decades, as individuals and as a culture.

This is how this story begins. In 1888, after over a century of being preyed upon by various western empires, Easter Island was annexed to Chile under an Annexation Treaty, giving Chile sovereignty over the Rapa Nui people and territory in exchange for committing to respect the Natives’ territorial property. But in a short time the inhabitants were banished from their ancestral lands and imprisoned in a ghetto called Hanga Roa so the island could be rented to an English sheep farming company, Williamson Balfour. During this time the Chilean Navy assumed administration of the Island. For the next 70 years, under an agreement between Navy captains and company administrators, my people were tortured. They were forbidden to freely circulate, grow crops, or keep animals, and were forced to work, threatened with leprosy injection if they did not follow orders. In the ghetto there was no drinking water and no food, so people survived
by eating rats.

The only silver lining for the prisoners was that in 1926, the ground within this ghetto was officially inscribed under the names of the imprisoned clans by the Chilean Treasury. Ironically, in 1933 the whole Island was inscribed into the Ministry of National Assets, formally becoming part of the Chilean territory. In 1953, the contract with the Company ended and Easter Island was left in the hands of the Navy, which did not change a thing.

In the 1960s the torture of the Rapa Nui became internationally known and the State was forced to take reparation measures, first by allowing the Rapa Nui to freely circulate, and secondly through the enactment of the “Easter Act,” which forbade the state from having any ownership over the registered land of the clans within the ghetto. Despite this, the State built urban infrastructure including a school and a bank on top of the terrains of the clans within Hanga Roa, contravening the law. In 2010 almost all Rapa Nui clans began reoccupying their territories, pressing the State to resolve our lack of land ownership. My clan was one of the organizers. The repression became even worse. Let me tell you about it.

MY CLAN’S STORY
Our case starts in 1970 when my now-deceased grandmother, Veronica Atamu, exchanged seven hectares of our land to the State corporation CORFO for 20 years in return for a solid house. The state entity registered the land under its ownership and promptly built and sold a tourist lodge to a Chilean businessman, who later sold it to a German family. Eventually the five star Hanga Roa Hotel was built there. These actions not only violated the Easter Treaty, but also a decree which forbids any foreigner from holding property on the Island. What’s more, considering that my grandmother was illiterate, the document that CORFO made her sign has no value from the standpoint of the International Covenant on Civil and Political Rights, which was also ratified by Chile.

More than 40 years have passed, and despite filing multiple complaints, still the land has not been returned to us. Hence, my Aunt Magdalena and I, as leaders of the Hitorangi Clan, have guided our entire family’s occupation of the Hanga Roa Hotel. With the help of various human rights entities, we have been able to let the world know what my family and many Rapa Nui clans are going through.

Not surprisingly, the Chilean State’s reaction was to militarize the island, criminalize us for land usurpation, prosecute us, and psychologically and physically mistreat us. Furthermore, the Chilean Minister of Internal Affairs, together with the hotel owners, decided to give the land and the hotel to a foundation within a period of 30 years. Why did they not consider us in this resolution? Who is going to be in charge of this foundation?

Now we are waiting for the next trial. As a family we’ve decided not to sign any documents and are willing to face jail if necessary. As for a majority of the clans, a will for independency is growing fast. An Indigenous rights law firm from Washington DC, the Indian Law Resource Center, has come to teach us about our rights. Because of this, we are studying the possibility of bringing our case to the Inter-American Commission on Human Rights.

Despite death lurking, we still have the power to live and to strive because we are conscious of the eternal bond with our land. The land to us is our Kainga, the womb of a mother that needs to be nourished so that it can remain fertile to support us. That is why my grandmother and mother buried their placentas and the bones of their ancestors in the same spot—now under the five star hotel. We communicate to our deceased on a daily basis and receive mana from them. Mana is the force of intuition that keeps our ancestral culture alive. Being able to get our land back is to stay in contact with our ancestors. If we as Rapa Nui people allow this illegal land theft to continue, we’ll be allowing the total loss of our heritage.

“NUA RAPA NUI”—THE DOCUMENTARY FILM
Throughout our struggle we’ve been involved with the filmmaker Isabel Burr Raty. She has helped us record our struggle in order to make the documentary film Nua Rapa Nui, which means “Rapa Nui grandmother.” This film is the search for justice of my people, the Rapa Nui, which we know also reflects a sad universal reality for most Indigenous people in the world. We want to let everybody know about our revolutionary struggle, including the ancestral and historical point of view, so people worldwide can understand the factors that force us to risk our lives for
this cause. By telling our story we hope to get the international help that we need to keep our Polynesian culture alive.

You can learn more about the project at www.nuarapanui.com, and on Facebook at goo.gl/fmI1e9.