Exchange on Our Terms: Cxhab Wala Kiwe Implements Own Currency 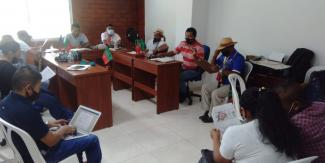 Planning for the community currency pilot project. All photos courtesy of Libia Sandoval and ACIN.

In an effort spanning several decades, the struggle for Indigenous autonomy continues in communities around the world. A focal point for gaining autonomy is economic freedom, as economic freedom drives growth, innovation, and mobility. Indigenous communities continue to explore the meaning of economic freedom in their own communities and look for alternatives to mainstream systems. One organization in Colombia that is working to enrich their community economically is Cxhab Wala Kiwe, which translates to “Great People’s Territory” in the Nasa Yuwe language. Cxhab Wala Kiweas is also known as Asociación de Cabildos Indígenas Norte del Cauca (ACIN). Made up of 22 Indigenous Nasa reservations (resguardos) and seven community projects with their respective representatives, ACIN is working to implement an alternative currency that facilitates the exchange of their members’ own products, goods, and services.


ACIN understands the importance of protecting domestic production because for a long time they have been surrounded by threats from paramilitary groups, transnational economic projects, and the federal government; it is from this context that the communities of northern Cauca formed ACIN. As Libia Sandoval Buritica (Nasa), coordinator of ACIN’s project, Complementary Currency for the Sovereignty of the Territory, explains, “The conflict with the government is our daily bread because our proposals are always focused on autonomy and independence, focused on freedom and the protection of natural resources and the protection of the human resource of life. Unfortunately one has to say about our government— it is not said by me, everyone knows it—here the government is one of the most violent and corrupt in the world.”


The hope has been that congresses, councils, and internal assemblies can strengthen community mobilization to defend Indigenous territories with the needs of the community in mind. To protect and generate self-sufficiency, ACIN assists with economic solidarity projects concerning agricultural production, artisanal transformation, semi-industrial agriculture, livestock raising, and energy production. In accordance with ACIN’s mission to achieve political, economic, and territorial autonomy, the establishment of their own currency will help achieve territorial sovereignty. It will also advance the conversation about who has the right to land and its natural resources and normalize an economic system based on community transactions, which will help increase the levels of well being in the community. 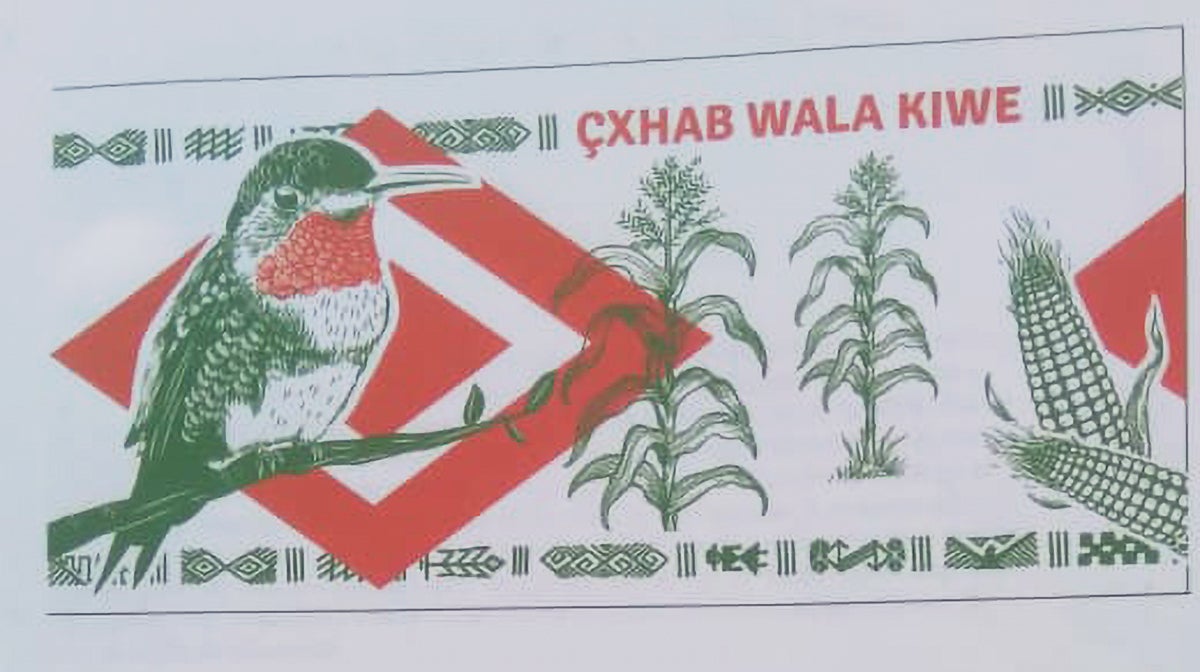 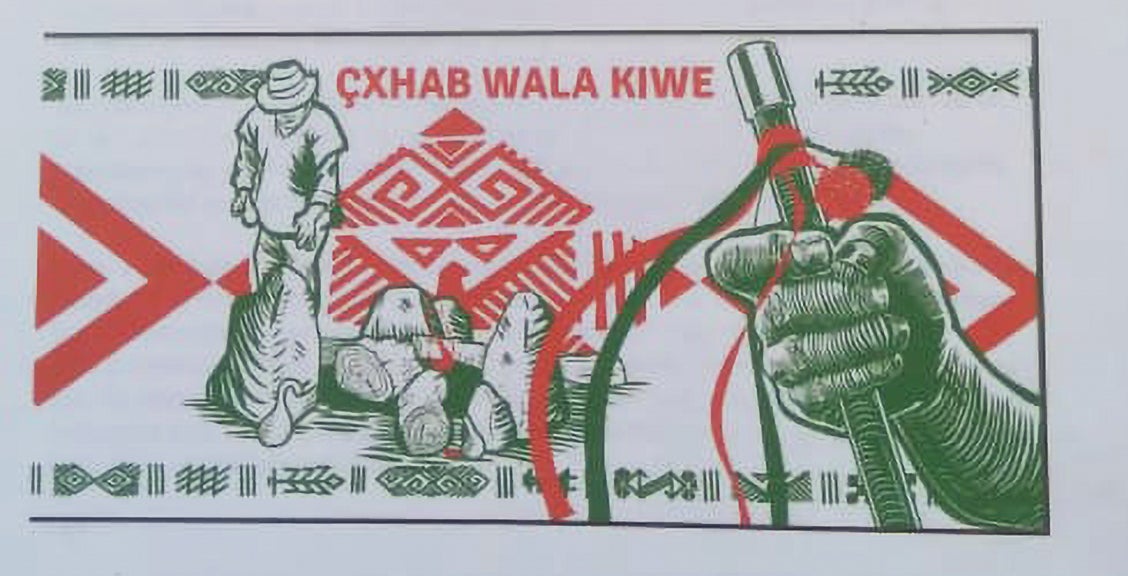 Out of 19 submissions, the winning design of the currency design contest for the pilot project was by Hernando Reyes Artunduaga.

The idea of alternative currency arose from the economic difficulties in the region, due in large part to the lack of cash and problems in the marketing of products. The communities identified that goods sold locally were mainly from outside companies that offered processed products such as soft drinks and chips, while foods that were produced locally, such as yogurts, were not sold equally due to competition from outside companies. This is why ACIN and communities took action. “Within our policies, we strive to generate food autonomy, economic autonomy, political autonomy, and territorial autonomy. So what the comrades did was join associations within the territory to produce their own food such as dairy products and juices. We have managed to displace some of the external products; however, this did not happen in all territories,” explains Sandoval.


Despite the progress made, not all territories have managed to fully regulate the purchase and sale of local products. For this reason, in 2018, community members called a congress to seek solutions to this problem. The Indigenous council of the Cxhab Wala Kiwe presented the proposal of local currency. The practical and pedagogical exercise was carried out, people saw how well it worked, and it was concluded that a currency should be made for the Nasa communities of northern Cauca.


The currency is defined by ACIN as a long-term project. Work on this issue began 12 years ago, and despite the long context of social conflicts in the area, they have persevered. In a recent call for proposal to 22 Indigenous communities, 19 responded with their own coin designs to a contest where the design was collectively chosen. Currently, and with the support of Cultural Survival’s Keepers of the Earth Fund, ACIN is conducting trainings on the alternative currency for colleagues who will take the experience to all ACIN territories. The pilot project was established in the Indigenous reservation in Munchique los Tigres. Sandoval says, “From there we began to expand to the other Indigenous reservations. We already have some who are in line wanting to handle the currency, so they are in that process. Being very ambitious, I hope that in five years the currency will be working throughout the Cxhab Wala Kiwe territory. That is my dream and I hope we can fulfill it.”


ACIN recognizes that having a currency is a necessary part of a mercantile system embedded in the global trading system. However, the entire process is always done following their Indigenous values, including the permission of the elders and with the involvement of communities. Respect for Mother Earth is the main value that governs their work, Sandoval says. “We never contemplate exploitation, because [land] is not ours . . . it is precisely because we are very much against multinational and government systems that sell our territories and grant concessions on our territories.” 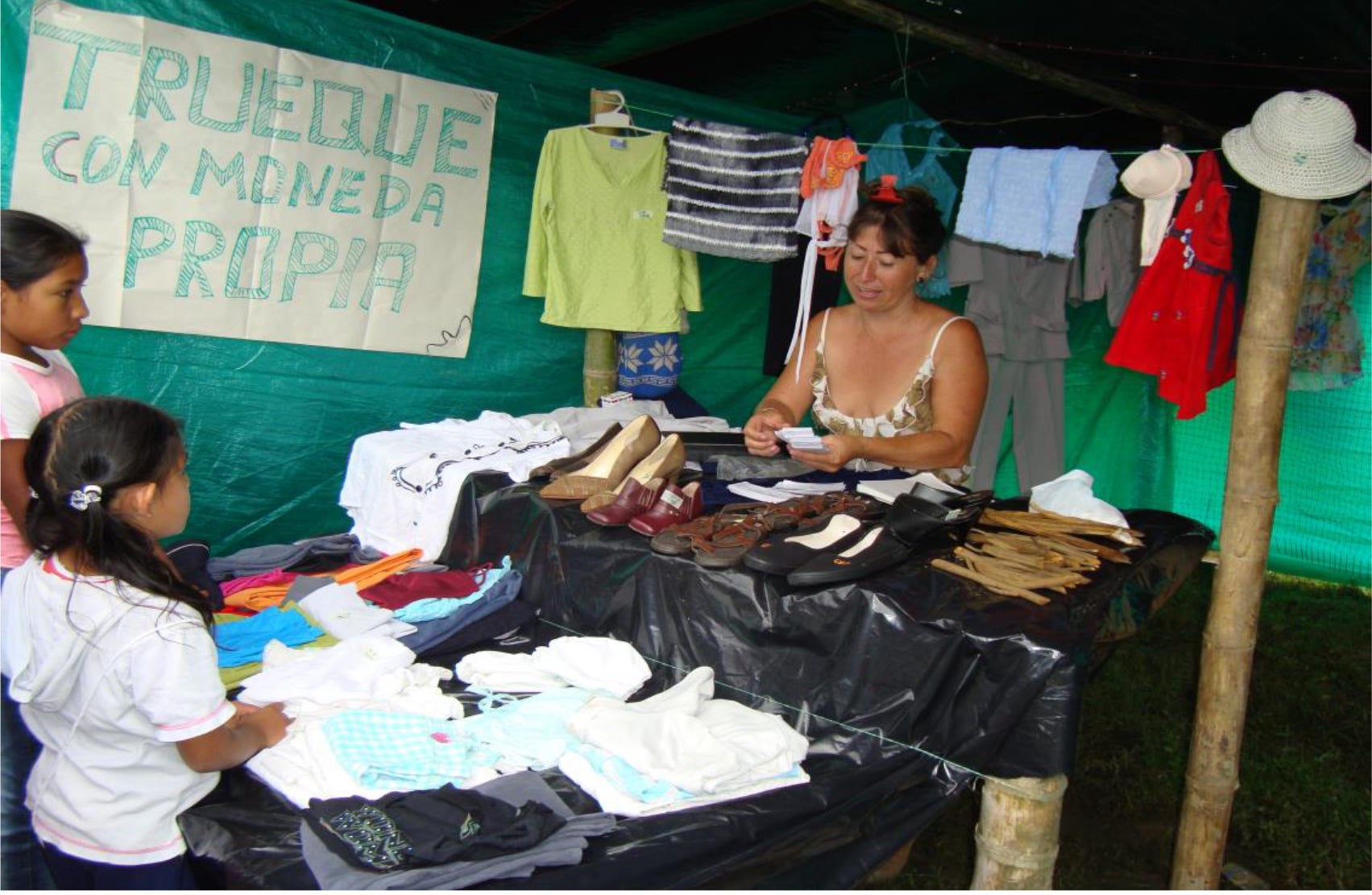 Currency use training in the community. All photos courtesy of Libia Sandoval and ACIN.

ACIN dreams and works so that in the future, in addition to an alternative currency, they can set up their own bank to manage their resources. Cultural Survival is proud to collaborate with ACIN’s project, and we hope that the currency will serve as an exchange tool that will circulate exclusively within the resguardo (reservation). The use of this alternative currency will add to individual community projects, which bring attention and much needed funding for the community. The currency also provides protection for domestic production and reduces the entry of foreign products since large companies do not accept it. The protection of internal production and the reduction of external production is essential to economic autonomy.


Sandoval believes that Indigenous Peoples can achieve territorial and economic autonomy. “What I can tell you is that you simply dream and continue with the dynamic that makes you economically strong, but also identify what is weakening you and find out how to solve the issue. Because in walking, one only knows what is hurting us if we stop and examine, and maybe switch directions. One cannot continue doing the same thing and expect different results. You have to dare to do something different so that things change and work. You have to continue investigating. I invite you to analyze the issue of currencies, and if at any time you need some recommendations, we are here and open to sharing our experiences."