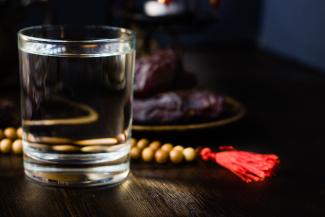 Fasting is part of human evolution. For millions of years, the eating patterns of our ancestors evolved during times of famine and plenty, with climate playing a major role in what foods were available. Later on, political circumstances brought about by colonization created major disruptions in food security and patterns of eating. Before the advent of agriculture nearly 12,000 years ago, wild plants, fruits, grasses, seeds, nuts, fish, and animals were the nutritional pillars of the human diet. What was available depended largely upon the time of year, location, and the energy needed to hunt and gather the foods. When food was scarce, humans would often go without eating or eat sparingly for days, weeks, and sometimes months. Food availability was hit and miss.

To prevent starvation, many cultures intentionally abstained from eating too much, rationing their intake of food and practicing what Western science now calls “calorie restriction” —only eating when they were truly hungry. Going without played an important part in the lifestyle, health, and culture of our ancestors. In 2013, I interviewed my then-86-year-old mother about her diet as a child and young woman. Two things that stood out were that she and her siblings had only one serving of food at each meal, which she said was plenty, and that the menu was generally plant-based, with meat as a side dish.

Food insecurity was a normal part of life for many of our ancestors. In 1636, a Jesuit missionary named Paul Lejune, who was living among the Montaignais Indian hunter gatherers of Canada, witnessed this for himself: “I saw them in their hardships and labor suffer with cheerfulness. I found myself with them threatened with great suffering. They said to me, ‘We shall be sometimes two days, sometimes three without eating for lack of food. Take courage, Chihine, let thy soul be strong to endure suffering and hardship. Keep thyself from being sad otherwise thou wilt be sick. See how we do not cease to laugh, even though we have little to eat.’” 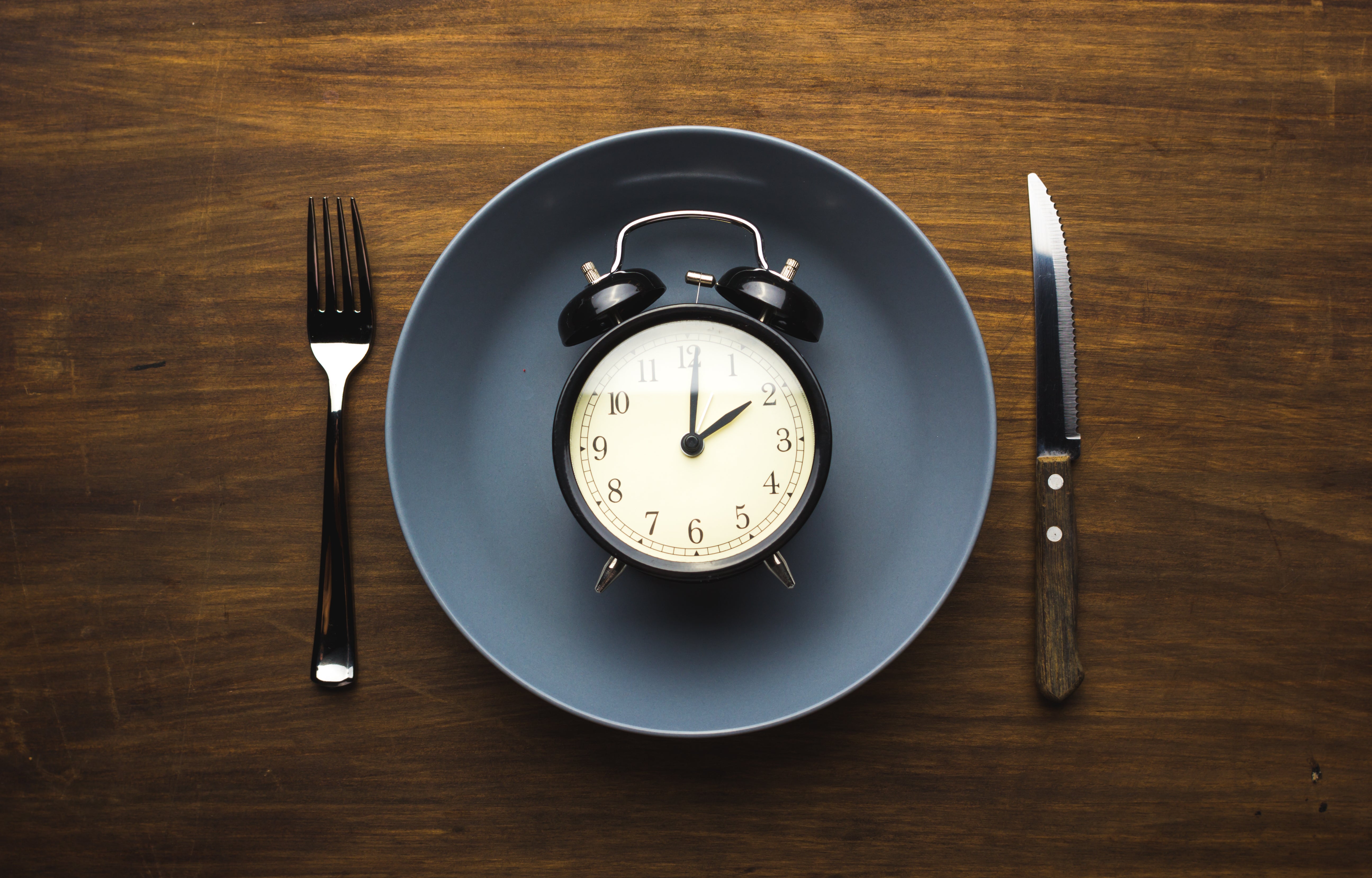 It was not uncommon for some Tribal Peoples to engage in ceremonial fasting and dancing to increase their chances of securing food. In the winter of 1861, the Mandan and Hidatsa Indians were going through a severe shortage of meat and had very little else to eat. Determined to prevent community starvation, a man named Red Cherry went up on the highest butte outside of the village and fasted for three days to call the buffalo, but he was not successful. The Mandan White Buffalo Cow Society, a women’s organization, stepped in and began dancing day and night, and eventually buffalo appeared.

The invention of agriculture and Western way of living had both beneficial and negative health consequences. It increased the amount of food availability, produced a greater number of available calories relative to those expended, decreased starvation, made possible the earlier weaning of children, and increased the population. Disadvantages included a lower dietary quality compared to wild foods, overreliance on certain foods such as maize, increased population density, which made the spread of disease much easier, and greater sedentism with onsite farming. The nutrition, growth, and development of people declined due to agriculture, and the bone size, height, and weight of ancient agricultural people decreased compared to groups that maintained a diverse meat and wild plant diet. Dental health also declined, resulting in greater tooth loss, abscesses, and periodontal disease.

For many people, modern agriculture and living the life of a westerner has increased life expectancy, the ability to acquire more, and prevented hunger and nutritional deficits. For others, though, the round-the-clock availability of cheap, processed, inferior foods, lack of movement, and the stresses of westernized living has led to the “diseases of civilization:” coronary heart disease, obesity, hypertension, type 2 diabetes, epithelial cell cancers, autoimmune disorders, osteoporosis, anxiety and depression, and neurodegenerative conditions such as Alzheimer’s. These diseases are rare among huntergatherers and other non-westernized populations, but most of us no longer live like our hunter-gatherer ancestors, and our bodies struggle to stay healthy in modern times.

The diseases of civilization disproportionately affect Indigenous Peoples. For those of us living in industrial, urban environments, returning to a lifestyle that mimics our huntergatherer ancestors can help curb the diseases of civilization. That means increasing our movement and exercise, improving our sleep, getting outside more often, eating like our ancestors, and fasting. Fasting has become one of the most popular health and dietary practices in first world communities. Much of the interest is due to an increasing number of chronic, mismatched diseases arising from the lack of movement and Ad libitum (at one’s pleasure) eating environments that peddle low quality, processed, cheap foods.

Although humans have practiced fasting for a good part of our history, Western science is now finally discovering its many benefits. Intermittent fasting has received the most attention. Intermittent fasting means going without food on a recurring basis; for example, fasting for 14–18 hours each day, or fasting for longer periods such as 48–72 hours, and then resuming regular eating patterns. Only non-caloric waters, coffee, or tea, or are allowed. Research has found intermittent fasting increases life span, helps prevent malignancies, increases the efficacy of cancer therapies, and improves biological circadian rhythms associated with better sleep. Fasting also improves our gut microbiome, which is critical for the prevention of gastrointestinal disorders and a well-functioning immune function.

Types of intermittent fasting include the 16/8, alternate day, 5:2, only one meal a day (OMAD), and the fasting mimicking diet. The 16/8 refers to a fast that lasts 16 hours with an 8-hour normal eating window. For instance, the last meal of the day would be at 6:00 p.m. and the next meal would be at 10:00 a.m. the next morning. Alternate day fasting is eating normally one day followed by consuming only water, coffee, or tea the next day. The 5:2 fast, popularized by the British journalist Michael Mosley, means that one eats normally for 5 days of the week and then fasts for 2 days, consuming only 500–600 calories on each of the days. The OMAD fast consists of eating one meal within a 24-hour period, typically within one hour. The fasting mimicking diet, created by Dr. Valter Longo, a professor of gerontology and biological sciences at the University of Southern California, requires between 5-7 consecutive days of fasting a few times a year, with food intake that is reduced by about 40 percent of an individual’s regular daily caloric intake. The diet consists of a low protein intake coupled with high fat and complex carbohydrates from plant sources. Fasting is meant for adults that are either at a healthy weight or overweight, and not severely affected by illness. Although fasting has been used to help one heal from mild to severe states of disease, anyone interested in fasting should always check with a competent health care provider to help guide them through the process and to determine their suitability to practice fasting.

During this time of the COVID-19 global pandemic, can fasting help protect us against this virus? Science has shown that a healthy immune system is an important protective factor against many diseases, including COVID-19. Research has demonstrated that fasting improves the robustness of the immune system. In an important study at the University of Southern California, Professor Valter Longo and colleagues found that prolonged fasting protected the immune system of patients undergoing chemotherapy treatment and activated stem cell regeneration of the damaged, old immune system. The same study also found that fasting reduced levels of IGF-1, a growth-factor hormone that has been linked to aging, tumor progression, and cancer progression. However, experts such as Dr. Peter Attia warn that multi-day fasting during the pandemic may make one more vulnerable to the virus. On the other hand, he says that if you are healthy and doing well on your normal fasting schedule, for instance, a daily 16-hour fast and an 8-hour eating window, it should pose no risk to your well being.

Fasting is an important part of our human history. It opens up a way for us to heal from the diseases of civilization, to live longer, and reconnect with the healthy lifestyle of our hunter-gatherer ancestors. Beyond ourselves, when we eat less (or fast) we can reduce greenhouse gases, slow global warming, and reduce our carbon footprint. Fasting from certain foods such as industrial raised meats can reduce sewage, pollution, and disease. Fasting costs nothing and is easily implemented into one’s daily routine. Returning to this traditional practice helps to liberate us from the failing and dangerous global corporate food system and could be the next great public health revolution for Indigenous Peoples suffering from the present and emerging diseases of Western civilization.

Some Benefits of Intermittent Fasting

Dr. Mark Mattson, a renowned neuroscientist who studies the cellular and molecular benefits of intermittent fasting, has found that it has profound benefits on the body and brain:

• Improvement in glucose regulation and insulin sensitivity, which is important in the prevention of obesity and type 2 diabetes;

• Protection of neurons in the brain against dysfunction and degeneration in animal models of Alzheimer’s disease, Parkinson’s disease, stroke, and Huntington’s disease.

• Mattson also discovered that intermittent fasting is beneficial because it imposes a challenge to cells, and those cells respond adaptively by enhancing their ability to cope with stress and resist disease.

— Michael Yellow Bird, PhD (Mandan, Hidatsa, and Arikara), is dean and professor of the Faculty of Social Work at the University of Manitoba, Winnipeg, MB, Canada.

Top photo: Fasting is one of the most ancient and widespread healing traditions in the world. Photo by iStockphoto/Sharaf Maksumov.

44-2 The Future of Indigenous Health