In July, Cultural Survival asked the National Geographic Society (NGS) to suspend its global DNA sampling program, the Genographics Project, until the society addressed indigenous peoples’ fears about harm the project might cause.

The appeal followed an exchange of views between Cultural Survival and NGS that began nearly a year ago. (See the articles grouped together under “Genetic Research on Human Migration” in the winter 2006 issue, p. 34) The dialogue culminated in May in a facilitated conversation in New York that included members of Cultural Survival’s Program Council, NGS’ Genographics directors, and the co-chairs of the Indigenous Peoples Council on Biocolonialism. The meeting’s aim was to help NGS understand the fears the project raises for indigenous peoples, who have cooperated with scientific inquiries in the past, only to find the data—and in some cases their DNA—misused or their privacy violated.

The Genographics Project seeks to map humankind’s 60,000-year migra-tory journey around the world and demonstrate our interconnectedness as a species. The project expects to sample the DNA of 100,000 indigenous and traditional peoples from around the world, as well as an equal number of nonindigenous people. Sampling methods are overseen by a government-regulated Institutional Review Board that ensures the safety of participants and requires their informed consent. The methods also meet standards of the countries in which sampling will take place. Participation, says National Geographic, is voluntary, and both individuals and the indigenous communities of which they are a part must give their consent.

Another concern is National Geographic’s failure to include indigenous peoples in designing and implementing the project. While NGS has established an advisory board, only one of the seven advisors is indigenous. Cultural Survival Program Council Co-Chair Richard Grounds said during the dialogue in New York, “The project feels like a legacy of colonialism, with nonindigenous people making decisions to achieve their ends, without considering the impact those decisions might have on indigenous peoples.”

Most significant were indigenous peoples’ concerns that the results of the Genographic Project would contradict indigenous groups’ traditional understanding of their origins or history. They also worried that ill-intentioned governments or others would abuse the project’s findings by using the data to “scientifically” undermine their “indigenousness” and their rights as original inhabitants to their lands and territories. These concerns led the United Nations Permanent Forum on Indigenous Issues to pass a resolution in May asking the National Geographic Society to immediately suspend the project.

While NGS is confident it has sufficient safeguards in place to prevent problems from happening, the May dialogue and subsequent correspondence with NGS led Cultural Survival to conclude that the there are still unresolved issues, and that project should not go forward until NGS satisfactorily addresses indigenous peoples’ concerns.

As Cultural Survival stated in a letter to NGS vice president for program Terry Garcia, “From an indigenous perspective it is not sufficient that NGS act in a ‘scientifically and ethically sound manner.’ NGS also must act in a manner that respects indigenous peoples of current, past, and future generations. You must listen to their leaders at all levels, involve their representatives from the beginning in all stages of decision-making processes, and treat their concerns as seriously as you treat those of science, governments, and your funders.” 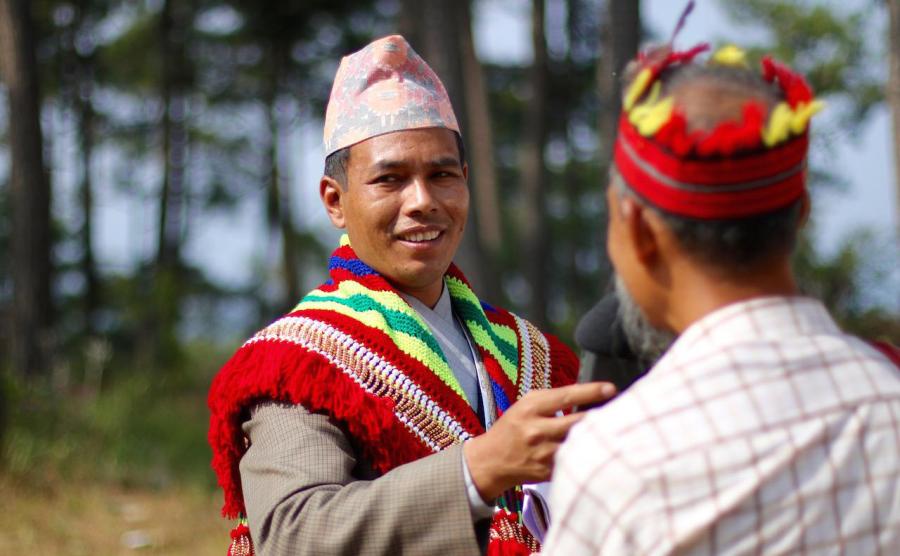 Are Indigenous Voices Being Heard Globally?