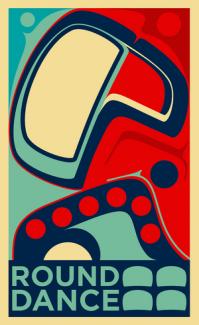 Sonny Assu is a mixed heritage First Nations interdisciplinary artist from Canada. He is Ligwilda'xw of the We Wai Kai First Nation (Cape Mudge, Quadra Island, British Columbia), and was
raised in the suburbs of Vancouver. Assu’s work merges Indigenous iconography with the aesthetics of popular culture, branding, and new technologies to question historical sociocultural values. His work has been featured in several exhibits, notably Don’t Stop Me Now! and Comic Relief at the National Gallery of Canada; Beat Nation and How Soon is Now? at the Vancouver Art Gallery; and Changing Hands: Art With Reservation Part 2 at the Museum of Arts and Design in New York City. His work has been accepted into the National Gallery of Canada, the Seattle Art Museum, the Museum of Anthropology at the University of British Columbia, and in various other public and private collections across Canada and the United States. Assu graduated from Emily Carr University of Art + Design with a BFA in Visual Art: Print Making, Painting and Digital Arts in 2002. He currently lives and works in Montreal. Assu recently spoke with Cultural Survival Quarterly (CSQ).

CSQ: What brought you to art and the mediums you use today?
Sonny Assu: I consider myself an interdisciplinary artist; I don’t want to be limited to any one medium to convey my message. My practice is divided between painting, sculpture (found object or fabrication), installations, and computer-aided artwork. Material has always been an important aspect to my practice. From painting on drums to the use of found cedar and fabricated copper installations, I’m using materials that have a strong connection to my culture— whether that’s my contemporary pop culture or my inherent traditional culture.

What are the central messages or themes in your artwork?
Education. Or, giving people a way into the issues revolving around the Indigenous people in North America. But I present these messages in a light and open way. Rather than berate someone for the education they didn’t receive, I invite them into the issues by [way of] a human face.

My most recent works aim to help people understand the ramifications of colonization; a lot of my newer work invokes a personal narrative into the conceptual work. Silenced: The Burning; Ellipsis; and Billy and the Chiefs: The Complete Banned Collection all reference my great-great grandfather. New work references my grandmother and my auntie (who are both alive in their 80s and 90s), and my grandfather. In giving the issues a human face I hope they invoke the empathy and tolerance that Canadians assume they have, which is rooted in this notion of the Canadian utopia where Canada is free from hate, bigotry, and ignorance; where Canadians will go out of their way to help others. But what I’ve noticed, as a person of both worlds, is that the Canadian empathy doesn’t—or rarely —extend to our own backyard. I help people understand how to see past their own noses to experience the issues and educate themselves.

You juxtapose the traditional and the contemporary in your work often. Can you speak a bit about that?
I’m looking past the debate of contemporary vs. traditional, which is often heated and contentious. At its core, my work explores who I am as a mixed individual. And in that, it takes on a very contemporary edge. Traditionalists want to see the Northwest Coast culture retain its roots; they feel any introduction of “contemporary” as a threat. And rightly so: for years the Indigenous culture in North America has been suppressed or left to the realms of the stereotype. Traditionalists want to teach the ways of the past to help preserve the future. They see the contemporary as something that will only water down the culture further. From my standpoint, the traditional and contemporary cultures work side by side. Without the influence of the contemporary, the traditional runs the risk of becoming stagnant and mitigated to the realms of the stereotype or what people expect Indian people to be. In the work exploring who I am, I am acknowledging the fact that I grew up in the suburbs, away from my traditional culture...in the early stages of modern pop culture and consumerism. A lot of my work uses the iconography of pop culture as totemic representation. In particular, the “iDrum” series stipulates that these items of technology that we covet as a contemporary society have become our totems. It takes on the notion of clan-based structures, much like how the crests of the Raven, Eagle, Bear, etc., inform the personal or family story behind the crest. The “iPotlatch” series takes those same notions but infuses an element of “what if.” What if, instead of denouncing the contemporary influence, we embrace it? That series looked at how technology would work within the traditional.

My more recent work, specifically the painting in the Longhouse and Chilkat series, takes up the notion that all Indigenous cultures were oral, lacking in written communication or records. But I noticed that cultural objects like totem poles, masks, and regalia all have elements that can be read. So, adding an element of “what if,” these two series explore the notions of communication, language, and the loss of language by creating an understanding that these images can be read. I am removing all notions of traditional storytelling and introducing an abstract notion of character writing, taking on influences from pictorial-based writing and graffiti. At its core, Northwest Coast imagery is an abstracted, stylized representation of something. This work takes that into account, abstracting from their abstraction.

Can you comment on the current state of affairs of First Nations people in Canada? How is your work related to advancing Indigenous rights?
It is an interesting time in Canada right now. A sense of frustration has been bubbling for some time. Recently [Prime Minister] Stephen Harper tabled a number of bills that have direct impact on the environment and Indigenous people. In response, the Idle No More movement was started by four women who wanted to provide education to Canadians to remove the historical hatred and bigotry that exists against First Peoples. They held information and education sessions and eventually started a hashtag on Twitter (#idlenomore) that called upon [users of] social media to step up to action. The movement directly challenges the Canadian’s self-reflection. It’s not aimed at shaming. It’s aimed at education, an education that Canadians are lacking in regards to who First Peoples are and why they live in the conditions they do.

It calls into question Canada’s colonial practice of assimilation and brings [to light] the inherent misinformation and bigotry that is present in modern Canadian society. The Idle No More movement has the power to change. Even though it has strong roots in the Indigenous population, the Idle No More movement is open to all who believe fully in the Canadian utopia. There is hope, if we rise.