We believe that the course of U.S. foreign policy in Central America should be changed. The Reagan Administration's extreme approach is fostering not peace and democracy, but increased polarization and radicalization.

Since January 1981, brutal civil wars have intensified in El Salvador and Guatemala, the threat of war between Nicaragua and Honduras has increased partly because of U.S. actions, and moderate and democratic elements have lost influence in. Nicaragua and throughout the region. Neither "quiet-diplomacy" with respect to human rights nor massive doses of military aid have accomplished their intended purpose.

The ability to make a free and open choice of political allegiance is the essence of democracy, but it is becoming less and less possible to make such a choice in Central America. Those seeking to rule by coercion rather than consent reside on both extremes of the region's political spectrum. These extremes are not opponents, but rather allies; they gather strength from each other, and they must equally be opposed.

Unfortunately, the Reagan Administration has chosen a policy which lends confidence to the terrorist right; which motivates and strengthens the terrorist left; which contributes in doing so to further violence; and which has provided nothing but bitter discouragement for those genuinely committed to peace and democracy in the region.

* After two years and hundreds of millions of dollars of aid, the United States is further than ever from achieving its goals in El Salvador. Although the elections last March confirmed the deep desire of the Salvadoran people for participatory democracy, the electoral initiative was too narrowly based to move El Salvador toward national reconciliation. Rather, it weakened those advocating a moderate course, and left competition for power in the hands of brutal and historically undemocratic military cliques. The Reagan Administration has failed dismally to demonstrate strength or seriousness of purpose in pushing for economic reforms and respect for human rights in El Salvador, and has explicitly opposed a dialogue without preconditions between the government and opposition groups.

* The Administration's support for covert military action against Nicaragua has produced a propaganda bonanza for the radical left, an excuse for a military build-up by Managua, and a growing threat of regional war. It has also shifted the focus of world attention from Nicaragua's errors in policy to ours, and contributed to a political atmosphere inside that country within which moderate and democratic elements may not long survive.

* The Administration has persisted in viewing Honduras as a convenient staging ground for regional military initiatives rather than a fragile democracy needing insulation from the conflicts engulfing its neighbors. The result is an increasingly divided and fearful country, unable to derive internal confidence from its recent transition to civilian democratic rule.

* Only the opposition of the American people, and in their behalf, the Congress, prevented the investment of U.S. arms, aid and prestige on the side of the previous Guatemalan government's war against the Indian population of that country. There are some reports of improved human rights conditions under President Ríos Montt and, obviously, we hope that these reports are correct. Unfortunately, the Administration has responded to reports that serious human rights violations continue to be committed by the Guatemalan military, not by condemning the violations, but instead by attacking those issuing the reports.

* Finally, the Administration has refused to recognize the nature and source of the tensions which threaten to destroy all of Central America. It has sought to apply a simplistic economic and political world view to a region the majority of whose inhabitants view such a perspective as indifferent to their interests and irrelevant to the modern world. One of the most explosive forces on the globe today is the frustrated desire of impoverished and disenfranchised people to obtain a decent standard of living and to have a voice in determining their own destiny. No policy which fails to address these concerns will, in the long term, adequately protect our interests or preserve our influence in Central America.

In short, because its highly ideological orientation fails to appreciate the realities of the region, the Administration is pursuing policies which increase the legitimacy and strength of armed opposition groups in El Salvador, Guatemala, and possibly in the future - Honduras. Additionally, they encourage the further evolution of Nicaraguan politics in a direction inimical to our interests, further identify the United States with forces tied closely to the discredited Somoza regime and diminish prospects for pluralism and democratic rule.

We believe that the influence and the available resources of the United States can be used to further our interests far more effectively in Central America in the future. Accordingly, we now propose an alternative U.S. foreign policy toward Central America. The goals of that policy are (a) to make a contribution to the peaceful resolution of political and military conflicts both between and within the states of the region; (b) to foster economic progress in the short-term and to facilitate long-term improvement in the living conditions of the area's poor, and (c) to support and advance human rights and democratic institutions in the region. Specifically:

1. We urge the Administration to join with Mexico and Venezuela in encouraging the prompt initiation of discussions between and among our own government and the governments of Honduras, Nicaragua and El Salvador for the purpose of ending all acts of subversion and aggression and achieving a just and lasting peace in the region.

2. We urge the Administration to lend its full support to negotiations without pre-conditions, aimed at resolving peacefully the internal political disputes presently existing between the populations and the governments of El Salvador and Guatemala. Additionally, we believe that an effort to reconcile Nicaraguan opposition groups, including democratic exile groups, with the government of that country through a negotiating process or other mutually acceptable means should be strongly encouraged. In each of these countries our purpose should be to facilitate the creation of an open democratic electoral process and genuine political pluralism;

3. The U.S. should cease assisting covert military activities directed at Nicaragua. Any accusations concerning Nicaragua's alleged support for subversive activities in El Salvador, Costa Rica, or Honduras, should - if private discussions fail to resolve the matter - be made public and brought promptly to the attention of the United Nations or the Organization of American States.

4. We reiterate our belief that respect for internationally recognized human rights, including the rights of indigenous peoples, should be a cornerstone of American foreign policy, both in Central America and around the globe. The foreign assistance laws of the United States are clear on this point. Security assistance may not be provided to governments - such as that currently in power in Guatemala - which are engaged in a consistent pattern of gross violations of internationally recognized human rights. Nor may military aid to El Salvador continue unless a series of legal conditions are met concerning human rights, economic reforms and investigations into the cases of murdered Americans.

5. We propose a new and expanded inter-American development program, aimed at encouraging multilateral efforts in behalf of economic and agricultural self-sufficiency, and at providing emergency aid to democratic governments such as those of Costa Rica, Honduras, and the Dominican Republic. This program will be designed to build on and improve upon the Caribbean Basin Initiative of 1982, and to strengthen the U.S. commitment to improving the quality of life of the poor majorities throughout the region. In developing this proposal, we will take into account the fact that in countries where serious political and military repression exists, no amount of economic assistance will, in itself, be sufficient to produce meaningful social development or reform.

We believe the time has come to stop the killing and start the talking in Central America. We reject the view that violence is inevitable or endemic to the region's culture. We have witnessed - and place great faith in - the courage, the persistence, and the wisdom of those in each of these countries who have been working for peace, democracy and social justice.

We believe that the present Secretary of State, George Schultz, is well equipped to understand the positive uses of diplomacy. We will be pleased to work with him to develop a policy toward Central America which accurately responds both to the views and the ideals of the American people, to the complexities of the region, and to the true interests of the United States. We pledge, also, our own continued interest and involvement in the debate over this issue, and we express our commitment to pursue these proposals vigorously, and to explore every available legislative and political option to see them prevail. 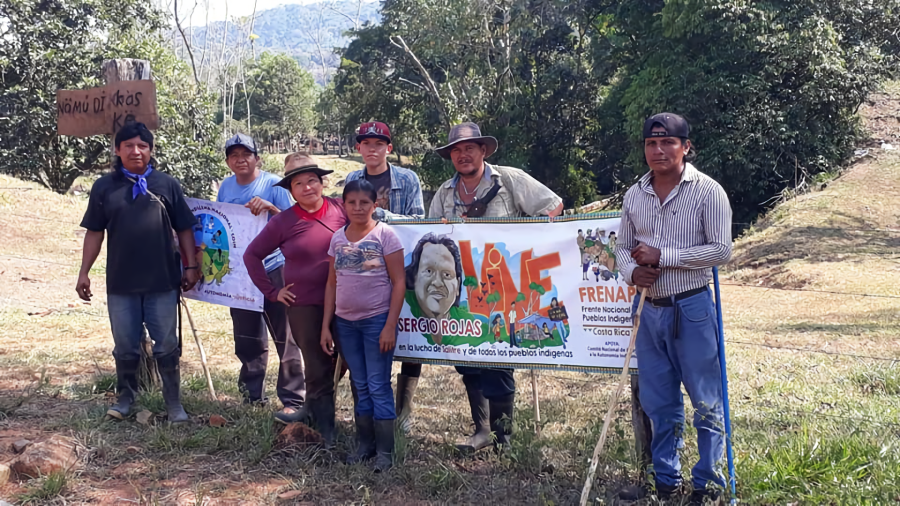 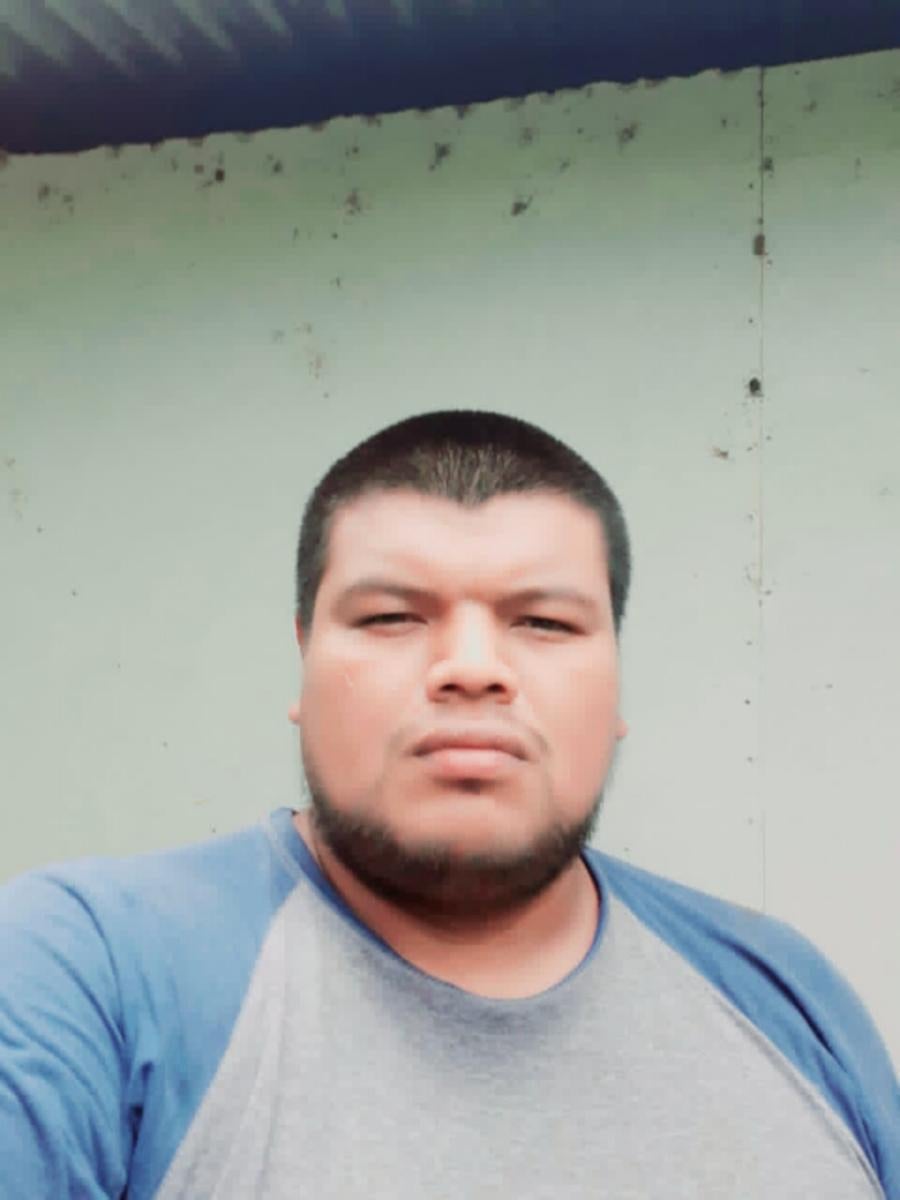 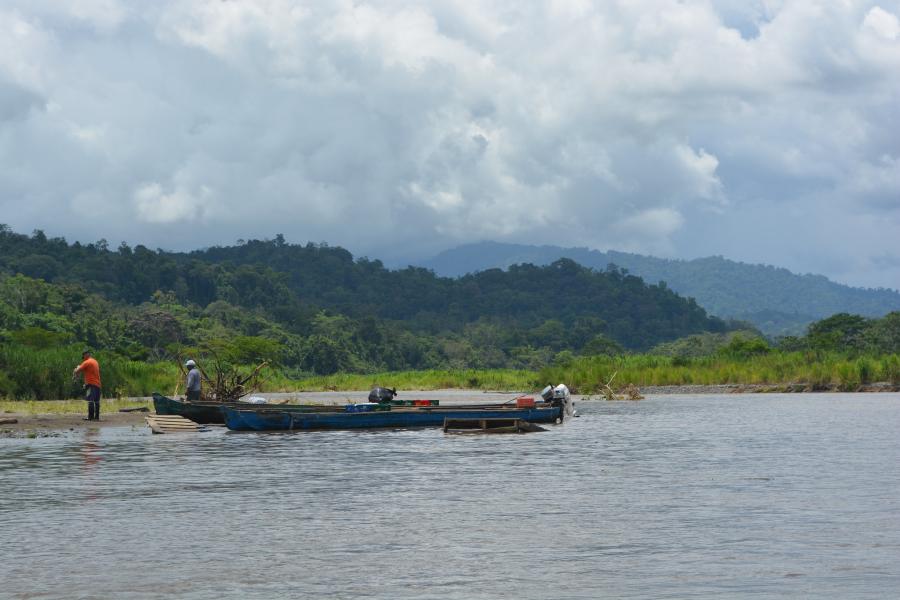