Celebrating the 50th Anniversary of the American Indian Movement 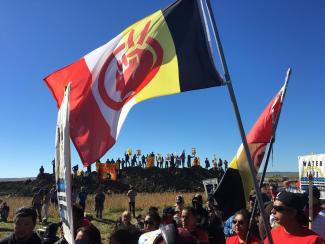 “I was sitting in a prison, looking at the civil rights and the anti-war movement passing us by. I wanted to get out so bad to be a part of this movement. It was a new feeling out there, of a different kind of patriotism. Patriotism to human rights, to life instead of death. I wanted to be part of it. Just going  to the police department en masse, there was like 200 of us. Just two weeks before that, we were scared to go by ourselves. We found strength in 200 of us, all Indian people, who had been beaten, mugged, arrested. Now here we were, we were going back to that same police department that arrested us and we were demanding action. It felt good to finally sense that there was power in unity, power in numbers.” – DENNIS BANKS (Ojibwa), co-founder of AIM 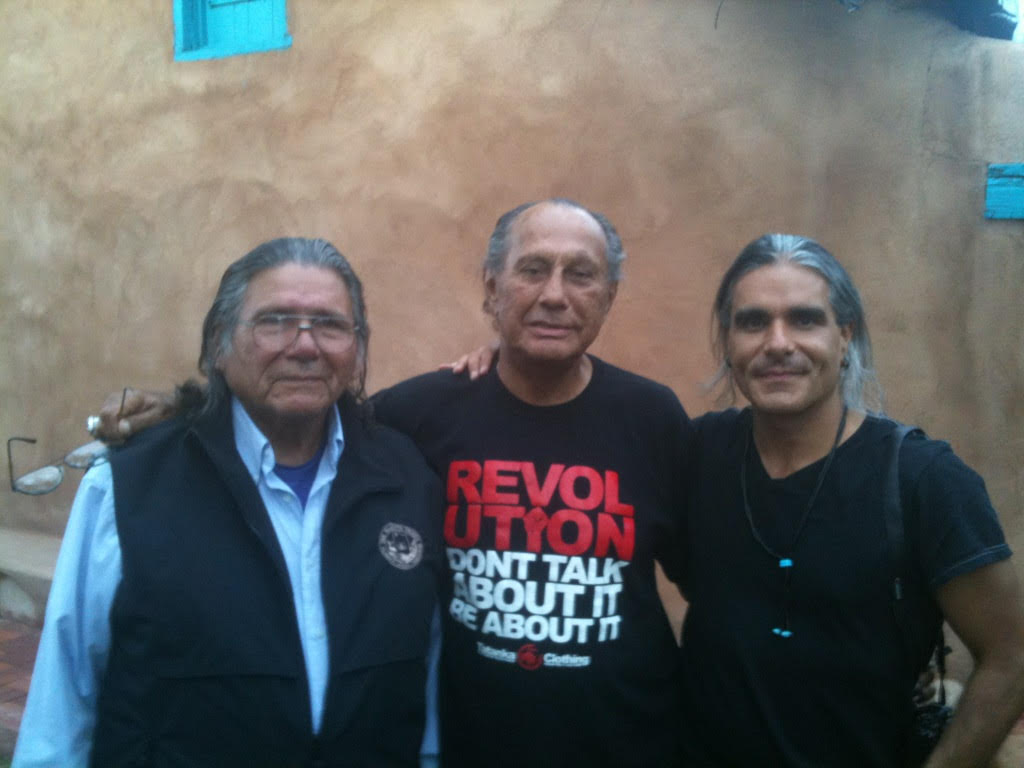 Today, the United States of America is the richest country in the world. With only 5 percent of the world ’s population, America’s Gross Domestic Product is more than $20 trillion, representing over 31 percent of the world’s economy. Yet Native Peoples, who make up some 2 percent of the current American population of 325.7 million, are among the poorest and suffer the highest rate of poverty, almost twice the national average of the United States. Neither of these statistics would exist but for the continuous theft and appropriation of Indigenous lands and resources at the hands of an immigrant government.

Before 1776, there were 13 individual colonies of the British Empire occupying Indigenous lands on the East coast of Turtle Island, known as North America. On July 2, 1776, these colonies formally declared independence from Great Britain and formed the United States of America. The reasons for their independence was carefully written in the United States Declaration of Independence. The authors of the Declaration of Independence make a profound statement: “All men are created equal. They are endowed by their Creator with certain inalienable rights, among these are Life, Liberty, and the pursuit of Happiness.” Elsewhere in the document, they also refer to “…the merciless Indian savages, whose known rule of warfare, is undistinguished destruction of all ages,  sexes and conditions.” Ever since its adoption on July 4, 1776, the United States government and its agencies have promoted a false narrative, misleading their citizens to believe that Native Peoples are merciless Indian savages, or less than human.

In March of 1824, the U.S. government established the Office of Indian Affairs in its Department of War. Its first mission was to force Native Nations to leave their homelands on a cruel, death-dealing journey of what would come to be known as The Trail of Tears. What followed was a violent onslaught of unlawfulness, dishonesty, and broken treaties,  all part of an overall agenda to overrun Native lands and explicitly and brutally destroy Native Peoples. An example of this practice was the Dawes Act of 1887, which gave President Cleveland authority to sell more than 90 million acres of reservation lands to non-Natives in an attempt to assimilate Native Peoples into mainstream American society.

It is important to understand that the legality of American laws and policies towards Native Peoples did not alter the fact that they were unjust, deeply inhuman, and rooted in genocide and colonization. And so, by the dawn of a new century after the so-called “Indian Wars,” Native Peoples were hidden, forgotten, and impoverished in an oppressive and corrupt U.S. Indian reservation system. American agencies, institutions, and business, including sport and entertainment industries, spread propaganda with harmful stereotypes and demeaning mascots to help imprint their ghastly image of “the merciless Indian savages” in the minds of their citizens and the world.

Then came the Indian Citizenship Act of 1924 to make Native Peoples citizens of the United States. By the 1940s, fishing rights struggles began to emerge as Native Peoples challenged the U.S. federal and state judicial system. In the 1960s, Native rights and Native civil rights movements burst forth, dramatically exposing inconsistent federal policy and ambiguous U.S. court rulings against Native Peoples. With  a dual purpose to achieve both the sovereign rights of Native Nations and the civil rights of Native Peoples, in 1968, from  a little church house meeting in Minneapolis, America bore witness to the rise of the American Indian Movement—and perhaps for the first time, an up close glimpse of the lifelong struggles and intergenerational trauma that is the American experience for Native Peoples.

When I was 13, my mother sent me to meet with the leaders of the American Indian Movement at an encampment in Diné Territory on the Navajo Indian Reservation. It was here that I first heard of concepts like sovereignty, self-determination, environmental justice, cultural rights, treaty rights, and Red Power. Over the years, the courage and sacrifices of the American Indian Movement would inspire the coming generations with a vision of freedom holding fast to traditional teachings and cultural identity.

From the Occupation of Alcatraz in 1969, the Trail of   Broken Treaties march on Washington in 1972, the occupation of Wounded Knee in 1973, and the delegation of Indigenous Peoples at the International Conference on Discrimination Against Indigenous Populations in the Americas at the United Nations Palais des Nations in 1977, to the historic gathering of Native Nations at Oceti Sakowin Camp, Standing Rock in 2016—the global movement to preserve and protect the Rights of Indigenous Peoples and Mother Earth continues to play out on the international stage, giving birth to new generations of Indigenous resistance, friends, and allies.

In the historical 1974 trial, The United States v. Banks and Means, leaders of the American Indian Movement were charged with conspiracy and assault in a standoff with the FBI at Wounded Knee ‘73 and were facing consecutive life sentences plus 200 years each.  At the conclusion of the 9-month trial, Chief Judge Fred J. Nichols of the Federal District Court of South Dakota dismissed all of the charges on grounds of governmental misconduct, stating that the government had “polluted the waters of justice.” The government appealed, but the U.S. 8th Circuit Court of Appeals upheld Nichols’ decision. With more than 500 broken treaties by the United States of America, the political imprisonment of Leonard Peltier, and the militarized assault on unarmed women, children, and men at Standing Rock, polluting the waters of justice continues to be a prolonged course of action used by the U.S. government to violate, subjugate, and trample on the rights of  Indigenous Peoples and Mother Earth.

Today, in states like Louisiana, the right to protest against pipelines has been outlawed, setting a new precedent and paving the way for the tail end of the Dakota Access Pipeline, now called the Bayou Bridge Pipeline. To be complicit in the theft of land and life, environmental genocide, and the relocation, incarceration, and murder of Indigenous protectors of Mother Earth and all our relations; to turn a blind eye to the epidemic of missing and murdered Indigenous women and girls, to overlook the kidnapping and abusive imprisonment of Native children in U.S. boarding schools, are but a few symptoms of an overall agenda to destroy Native Peoples that began in 1492 and continues today. The ends can never justify the means when they are immoral, illegal, and violent.

Many believe that reparations for the billions owed to  Native Nations today for stolen land and resources would bankrupt the United States. Certainly no amount of money could ever compensate for the incalculable atrocities committed against Indigenous Peoples, Mother Earth, and all our relations, or the historical and intergenerational trauma that plagues Indian Country today.  The road to freedom is a path of power.  I speak not of monetary, material, or military power. I am talking about pure power, spiritual power; power to love, power to nurture, power to heal, power to endure, power to resist, power to be free.

Because of the strength, courage, and resilience of the women, children, and men of AIM, the Indigenous nations and organizations representing more than 370 million Indigenous Peoples in 7 regions of the world, and our national  and international friends and allies, Indigenous Peoples around the world are at the forefront of human rights, the cutting edge of social change, the frontlines of environmental justice. We are invisible no more.

42-4 Respecting Our Science and Ways of Knowing