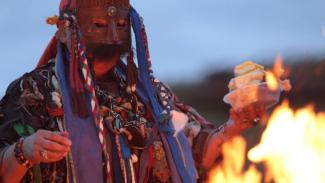 For centuries, our ancestors have known how to forecast the weather, predict future harvests, and cure diseases with natural medicines. In our traditional belief systems, the world is inhabited by spirits: the water spirit, the fire spirit, animal spirits, and ancestral spirits. Mother Nature is at the core of our values and belief systems. People feel an overwhelming reverence and respect for these divine powers and carry responsibilities towards these spirits. Standing as a force between people and mighty deities are shamans, who act as Tribal guardians, spiritual leaders, and mediators with what we now call the supernatural.


Shamanism originates in Siberia and is still a crucial part of Indigenous cultures. It is believed that people become shamans through inheritance or by being chosen by spirits. They become capable of travelling to other realms and gain the power to heal the sick, control the weather, communicate to ancestors, and predict the future, among other skills.

Tatyana Vassilievna Kobezhikova (Khakas) is a well known Siberian shaman and a guardian of the Khakas culture. She is from Khakassia, a mountainous region of Southern Siberia, from the Mungat clan, Syoska Akh Haskha. She is called Umai Ine (Rainbow Woman) in her Indigenous language. Kobezhikova recalls, “There were hunters and herders in my clan, as well as shamans, healers, and fortune tellers. My ancestors were the people who knew nature and could understand the language of birds and animals.” 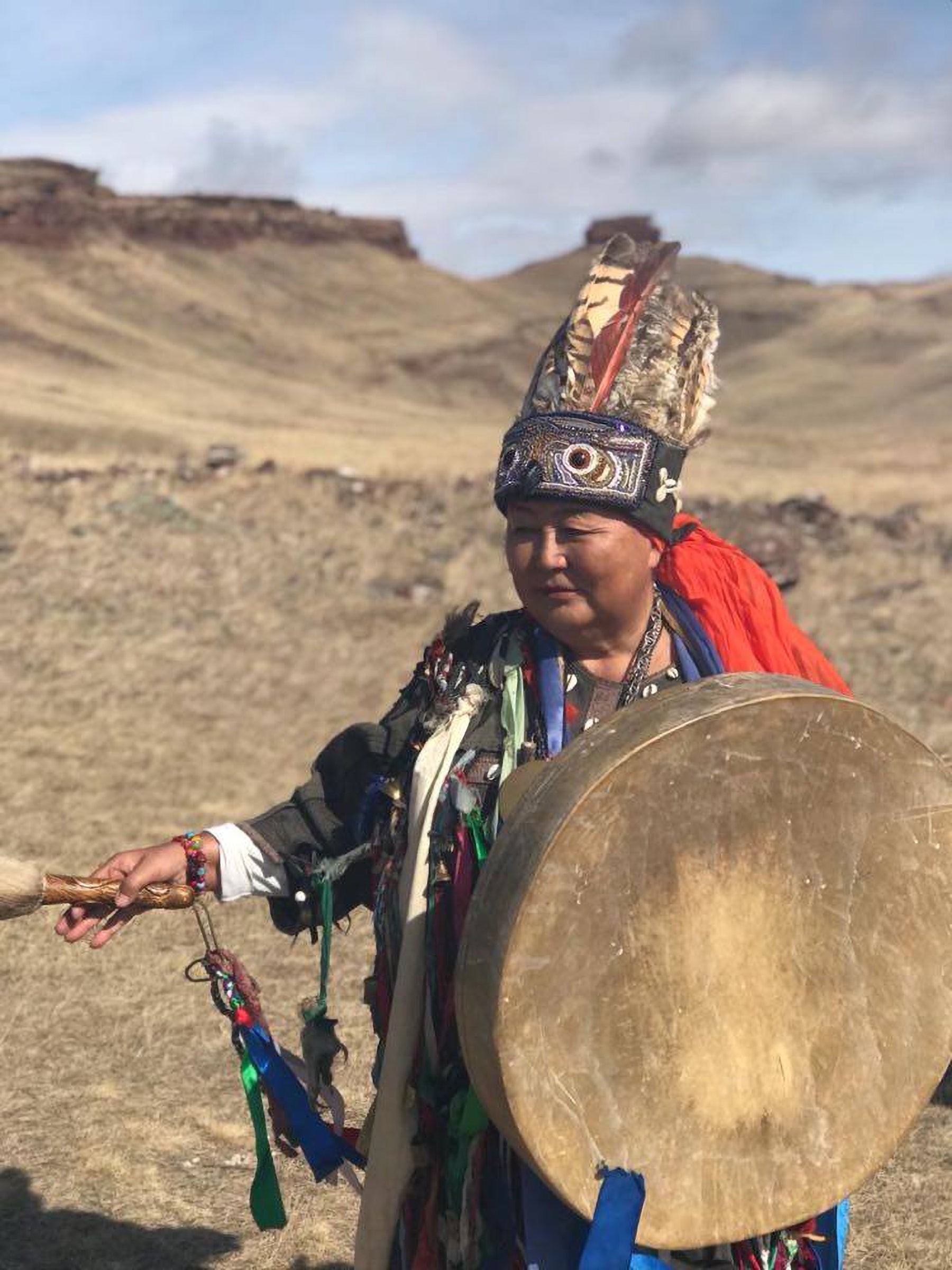 Kobezhikova is renowned far beyond the borders of Russia and Khakassia. She collaborates with scientists, archaeologists, anthropologists, and psychologists on numerous projects. She was one of the organizers of the first symposium on astroarchaeology, an interdisciplinary study of astronomical techniques to establish the seasons, or the cycle of the year. Together with other shamans of the world, she works on environmental projects and projects for the revitalization of spiritual heritage. For her service, she was awarded an Order for Good Deeds by the International Council of Elders, of which she is also a member.


An “Unusual Girl” Finds Her Calling
Kobezhikova was born on a ferry on the Chulym River in Khakassia, Southern Siberia, on a hot day in July. By luck or coincidence, an old Roma man helped the child into the world. As she was born, a giant eagle landed on a hitching post on the ferry, startling the horses. Seeing this, the Roma man said to Kobezhikova’s parents, “You must have given birth to a very special baby.” The same day, a huge storm hit as if nature were acknowledging the birth of an extraordinary human being. It was believed that a child with shamanic powers would be born to this family one summer. Everybody expected that Kobezhikova’s elder brother, also born in summer, would inherit the gift, but Kobezhikova was the one.

Kobezhikova’s extraordinary talent became obvious at an early age. She could see spirits, talk to them, make offerings, and tell fortunes. People in her village noticed Kobezhikova’s unique gift, as did a neighbor who became her guide into the world of the supernatural and shared his knowledge with his young mentee. Kobezhikova recalls, “He was an old man and we called him Katyk. We spent a lot of time together and he taught me how to make and feed the fire. He showed [me] how to sew one’s destiny on and off. We used to go fishing and he taught me how to properly treat the spirits of the water, how to talk to them and what to say.”


Full understanding and acceptance of her true calling did not come until Kobezhikova got married and gave birth to a daughter. At the age 33, she fell seriously ill and spent a few days in a coma. There, between life and death, Kobezhikova met her ancestral spirits, who demanded that she stick to her inherited power and take on the shamanic tambourine if she chose to live. Kobezhikova explains, “Shamans do not choose their destiny; it is given. When your time comes you are called upon, and for the rest of your life you belong to both worlds, the one of humans and the one of spirits.”


People often think of shamans as some kind of magician who makes things happen with the power of their mind. But even the greatest shamans are no different from ordinary people. We can meet them anywhere, in cities or villages. They go shopping, use public transportation, have mobile phones, and blend modern lifestyles with traditional shamanic practices. “As shamans we are already open minded. Our mission is to help people and we’ve been doing this for centuries. For me, a big city is the same as the taiga. Big cities possess massive energy, which may double or triple your own. At the same time, they may magnify your fears and can be destructive,” she says. Kobezhikova believes that there is a place for shamans in the modern world, that their powers can restore the balance that has been lost. “There are things that never change. Human bodies and souls need healing energy. When people have a difficult choice to make, we are here for them, we can help them to choose the right path,” she says.


Over time, it became clear to Kobezhikova that practicing shamanism in isolation was not enough. “The decline in values along with the loss of traditions and cultures and the careless attitude towards nature and sacred lands forced me to reconsider my approach to my work. [So] I began my educational mission. I traveled around to villages to hold ceremonies and meet the people. I talked to them about the importance of shamanic traditions as I did when attending scientific conferences and festivals. Everywhere I pursued my goal to bring attention to our core values among people of different nationalities,” she says. Kobezhikova recalls that this was the right moment to reshape people’s perception of the shamanic tradition. “Shamanism is a very serious philosophy with deep meaning. It combines teachings about the art of life, ecology, and harmony with the past, present, and future, and the place of [humans] in the world.” 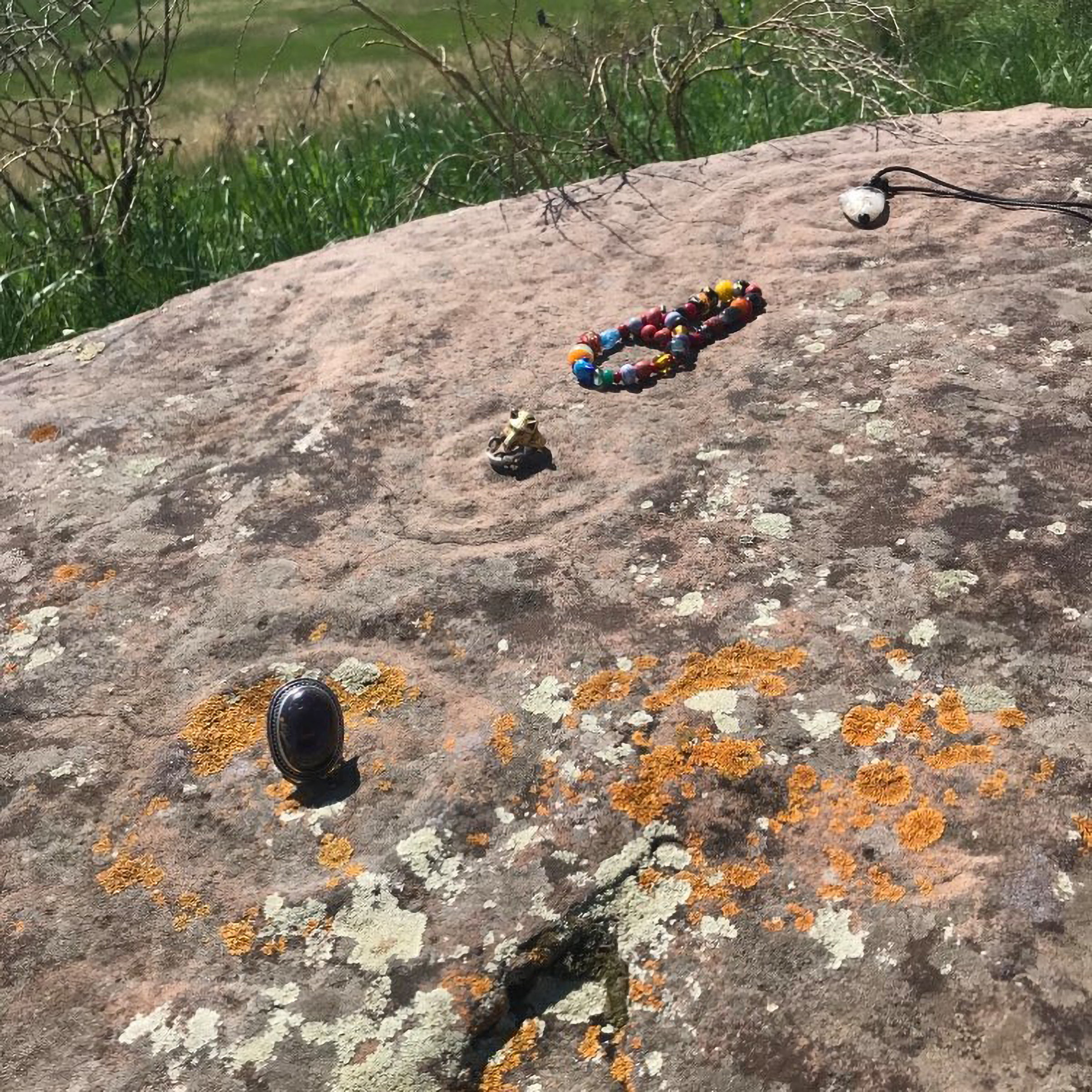 When the Last Snow Leopard Leaves
The snow leopard is a totem animal for many Indigenous Peoples in Siberia. It is believed to be a deity that comes down to Earth to take shamans’ messages back to the spirits. There is an ancient legend that says that when the last snow leopard disappears, Indigenous Peoples will cease to be. It may only be a legend, but concerns are real. The future of Indigenous cultures in Siberia is uncertain as fewer and fewer people speak their own languages and practice their ancestral traditions. Today, there are less than 50 snow leopards left in all of Russia, so it is no wonder that Kobezhikova chooses to actively educate local people and support local conservation efforts. “As long as the snow leopard is out there, Native Peoples will thrive,” she says.


As a shaman, Kobezhikova believes that every woman must remember her sacred feminine role. She says, “I work hard to persuade young Indigenous women to embrace their divine potential to bring a new life into the world and to raise a child. How else can we secure the future of our Indigenous nations? Who else can we pass our traditions to, our language, and our identity, if not to our children? A child is a new link in the chain which connects the past and the future. I also advise Indigenous women not to seize men’s places and to maintain equilibrium in their families and communities. When both men and women know their place in the universe, the gender balance is intact.”


She adds, “We can speak different languages, but thinking in one’s Native language is essential, including pronouncing words, even for a few minutes a day. To understand how differently languages work, try to picture the way you speak Russian and [the way you speak] your mother tongue. You would notice that the sounds are different, so is the rhythm, even the way we breathe is different. When we speak our Indigenous language, we fine tune our body, our Indigenous energy, on the level of our DNA.”


In Tune with Nature
Every shaman brings a message to the world that urges us all to reconnect with nature. “We mustn’t forget that humans are nature’s creations, just like any other living thing on Earth, but we think of ourselves as superior creatures who stand higher than others. People rise above ants without knowing whose organization is more complex. The more we try to subjugate nature, the stronger her response is. As products of nature, we need to be attuned with it to live in harmony,” Kobezhikova says.

In recent years Kobezhikova has been working on organizing an International Big Fire ceremony in Khakassia, which will unite shamans from different parts of the world. Every shaman who participates in the ceremony will bring a piece of wood from their land. Together, they will make a big fire and ask the spirits for help cleansing the world from negative energy and healing humanity. “When we make the Big Fire, we, the shamans, will unite our powers for the well being of all people. Every shaman will take a spark from the fire and bring it back to their community and spread its healing energy,” she says.


In the modern world that is dominated by technology and artificial intelligence, we all need a healing spark to reconnect us to nature. Knowledge about living in harmony with the environment permeates Indigenous cultures and is passed down and protected, thanks to shamans. For many Indigenous communities around the world, they are the keys to cultural survival and continuity of Indigenous lifeways. Kobezhikova is keeping Khakassian traditions alive and is a testament to the fact that as long as shamans live and continue to practice, Khakassian culture and traditions will not cease to be.

Top photo: A greeting the sun ritual held at dusk.  All photos courtesy of Tatyana Kobezhikova.