Mario Juruna, a Shavante from Namunkurá in the state of Mato Grosso, has become the first Indian ever elected to congress in Brazil. He left his native state to run for ejection in Rio de Janeiro and was voted in as a Federal Deputy on the ticket of the PDT (Democratic Workers' Party) last November. The PDT, considered more radical than the major opposition party, the PMDB (The Party of the Brazilian Democratic Movement), scored its single major success in the state of Rio de Janeiro, where a notoriously disaffected electorate chose the PDT candidates Leonel Brizzola for Governor and Darcy Ribeiro for Vice-Governor, as well as returning 14 PDT candidates as Federal Deputies, among them Mario Juruna.

David Maybury-Lewis, who has been studying the Shavante for 25 years, interviewed Mario Juruna soon after his election:

Congressman Juruna is in his early forties. Twenty-five years ago he was a young warrior, living the hunting and gathering life of his Shavante people, who were entering into greater contact with Brazilian settlers. He harks back to those times repeatedly in our conversation. He remembers the ranchers moving into Shavante country and the clashes between them and the Indians. He also remembers the toll that the white man's diseases took of the Shavante. He speaks with barely suppressed anger of the huge Suyá-Missú ranch that wrought havoc among his people and of the Shavante's retreat into villages under the tutelage of Salesian missionaries. Not all outsiders were evil. One rancher, a certain Manuel Garcia, he remembers warmly as having "saved the tribe" and he speaks at length and with affection of Father Pedro Sbardilooto, a Salesian missionary who worked with the Shavante, helped them and suffered with them at the hands of the local ranchers. But these were exceptions. Mario Juruna soon learned that his people should expect little help from outsiders and must learn to stand up for themselves in the alien world into which they had been drawn.

Juruna made it his business to get to know that other world. He left his village and went to work as a hired hand for the local ranchers. His five years as a peon were an intensive education in the ways of the white man. He also worked as a boatman on the rivers of central Brazil, which enabled him to visit far away Shavante villages and to get to know other Indian peoples. He began to use his knowledge of the white world. He remembers how innocent these Indian peoples were and how he would tell them what transpired when white men came to visit. He would explain the difference between a colonel, a doctor and an engineer and teach his fellow Indians what these men had come to do.

One of his complaints against the Salesian Fathers who had assumed the trusteeship of his own community was that they did not educate their Indian wards to understand and deal with white society. On the contrary, he says, the Salesians preferred to deal with the outside world themselves on behalf of the Shavante whom they controlled. Control is not too strong a word. Juruna relates how the Salesians took the youngsters of the Shavante villages and established them in mission-controlled dormitories, separated by barbed wire from their kin. This control galled Juruna and he describes his own strained relations with the Father Superior. At one point this Father tried to prevent Juruna from returning to his own village, on the grounds that he "was no longer an Indian" and should therefore go and live among the whites. Juruna, for his part, thought that the Fathers were too quick to placate the local ranchers and even to side with them against the Indians they claimed to be helping. This was particularly true in the matter of land rights. The ranchers were settling on land that had traditionally been that of the Indians and hemming the Shavante and the Bororo in on their mission stations. Juruna wanted to fight this but the Father Superior advised him it was useless. The whites had obtained titles to the land. What could anybody do? But Juruna was determined to do something.

Eventually he broke with the Salesians and, in the traditional Shavante way, led a group of his followers away from the main community to found their own village. He named it Namunkurá, after a North American Indian hero of his, for it was at about this time that Juruna became aware of the common struggle in which all Indians of the Americas were engaged. He began to make frequent trips to Brasilia and to pester FUNAI, the Indian agency, for a solution to the Shavante's land problems. FUNAI stalled him so often with false promises that Juruna got himself a tape recorder and announced that henceforth he would record the promises made to him and play them back to remind people. This piece of showmanship caught the imagination of the Brazilian press; they made the Indian with the tape-recorder famous. Juruna was achieving his objective of making the authentic voice of the Indians heard. "People started to listen to us," he says, "not just to the padres or other people who claimed to speak for us."

But they had not yet addressed the Shavante's problems. The Minister of the Interior promised him a commission to study the matter. Juruna demanded a date for their activities. The minister could promise no date. "And of course," Juruna says, "there was no commission." Meanwhile Juruna tried to get the Shavante to forget their internal political divisions and to act in concert to protect some lands for themselves before it was too late.

The dramatic story of how the Shavante obtained those rights is told in another article in this issue of CSQ. Many Shavante chiefs claim to have taken the lead in the movement which finally resulted in the demarcation of lands for all the Shavante communities and the expulsion of the whites who had settled on them. Juruna, too, claims to have coordinated the movement. In any case, his knowledge of white bureaucracy and white procedures was certainly invaluable to the Shavante cause. Juruna visited village after Shavante village encouraging them to act in unity. On one occasion he got friends to fly him to a Shavante village to warn them that troops were being sent to uphold the ranchers' claims, then flew back to Barra do Garças and persuaded the authorities to call off the military.

Juruna clashed repeatedly with FUNAI. The official position of the Indian agency was that Juruna was chief of the village of Namunkurá and that they were only prepared to discuss with him matters pertaining to that particular village. But Juruna's tapes of tumultuous meetings at FUNAI proved that Indian leaders from all over the country would welcome him as a representative. FUNAI then tried to undermine Juruna by manipulating internal Shavante politics. They brought other Shavante chiefs to Brasilia to ask them if they accepted Juruna's leadership, which they said they did not.

The issue came to a head when Juruna was invited to sit on the Russell Tribunal and to travel to Holland to join other members of its panel in passing judgement on infringements of the rights of native peoples around the world. FUNAI claimed that Juruna did not represent the Indians of Brazil and refused to give him the necessary permission for obtaining a passport. The case went to court in Brazil where a decision affirmed Juruna's right to travel. Juruna not only participated in the tribunal but was elected to preside over it.

But life became more difficult for Juruna as he became famous. He felt he was fighting for Indian dignity as well as for Indian rights. His tapes testify to this. In one conversation with FUNAI representatives in Barra do Garças, Juruna insists that the Indian agency should deal directly with the Indians and not go through the Salesians. There are others in which he demands FUNAI in Brasilia treat Indians as adult and responsible people, not as children. Meanwhile, the Salesians at home tried to turn his own people against him. FUNAI encouraged other Shavante to oppose him. The Brazilian press, which had made him famous, began to publish sarcastic reports about him, portraying him as an Indian who had abandoned his heritage, seduced by the beaches of Rio de Janeiro and the good life of the city. "It was a very hard time for me," Juruna says.

He decided to go into politics. The major opposition party, the PMDB, did not seem to be interested in his candidacy so he ran on the PDT ticket which, perhaps due to the influence of Darcy Ribeiro, himself an anthropologist, was the only party addressing the Indian question in its platform.

Juruna's election to the Chamber of Deputies will not silence those who raise doubts about whom he represents. Clearly he was not elected by the Indians, but by the voters of Rio de Janeiro, a state in which there are virtually no Indians at all. Yet how could it be otherwise? Indian voters are scattered in many states and FUNAI has prevented them from organizing. Even the nascent Union of Indian Nations, which seeks to defend the common interests of all Indians of Brazil, is regarded as a suspect organization by the Brazilian authorities. Such an organization is opposed by Brazilian officialdom, who then claim that the Indians with whom they deal do not represent anybody other than their own small communities. Juruna has seized this chance to break out of the administrative corral in which the Brazilian state tries to maintain the Indians. As a duly elected Federal Deputy he intends to use his position to advance the Indian cause and to help the Indians to organize. What saddens him most is the Indians who oppose him or who say bad things about him. "They do not recognize what I have done for them," he says. "They do not realize that I am in politics to defend them. But that is because they are innocent." In Brazil, as in so many other countries, whites have traded on this innocence for a long time. Mario Juruna is out to change that. 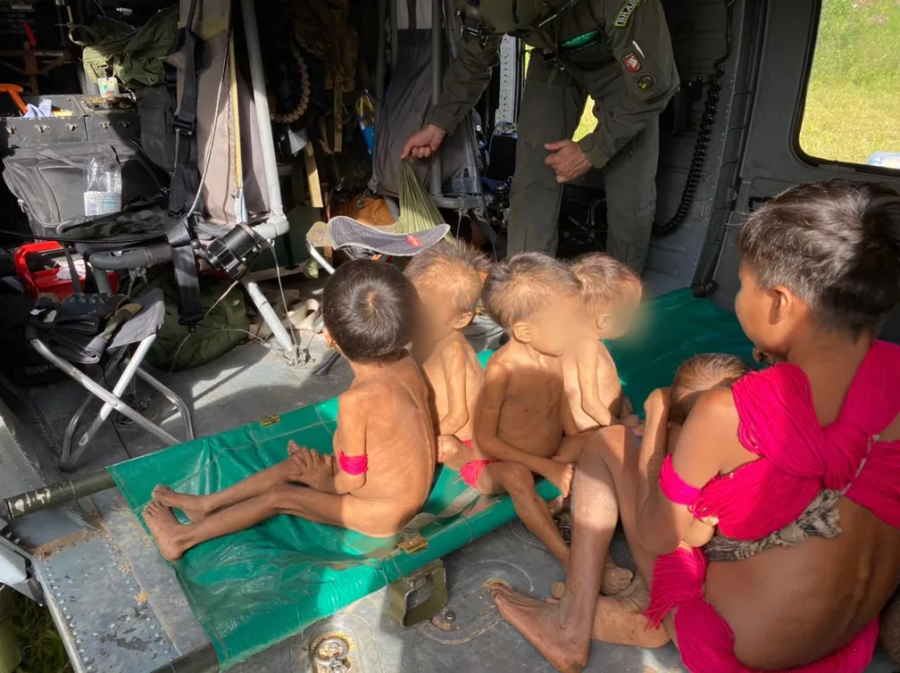