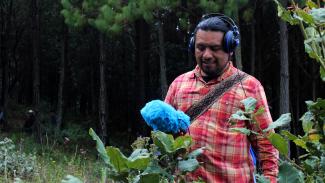 The birds were singing in the avocado tree, the roosters were fluttering, dogs were barking at the people walking by, while the community authority played the mañanitas (morning announcements) on the loudspeaker: “Those who need the Nixtamal Mill service can come now.” All this happened while I was preparing the task that my father had assigned the night before, fetching the firewood. In a change of plans, as frequently happens, my father was now sending me to Tuknëm for a different task—“So that you learn something . . . in the university you do not learn everything,” my father said that morning.

It was July 10, 1997, and I had just finished my studies in agriculture in the Universidad Autónoma Chapingo. I did not know about courses and workshops, but I really did not want to go back to carrying wood, so I chose to go to Tuknëm (Tamazulapam, in Spanishified Nahuatl), a neighboring municipality of Tlahuitoltepec, Mexico. Grandparents say that the Peoples of Tuknë’ëm, Xaamkexp, Tukyiom, Puxkixpyë, and Kumukpë’të (Tamazulapam, Tlahuitoltepec, Ayutla, Tepuxtepec, and Tepantlali) descend from a single family of five brothers who went to occupy the five places strategic for the defense of the territory. We know this to be true because until 2008, a single presidential resolution of the territory was shared; that is, we were a unified people.

At the time I did not know what all this was really about, but it turned out to be a training of community journalists in radio broadcasting and communications; learning how to take pictures, talk into the microphone, use a video camera, and put together a newspaper. Being in a village different from mine and seeing my peers doing a community television exercise at one of the first community television stations in the country sparked my interest to continue. I already had experience with radios and turntables, and in 1998, at Universidad Autónoma Chapingo’s radio station, XEUACH, my Zapotec and Mixe colleagues and I produced “Chapingo Indígena,” a weekly radio show in our respective Indigenous languages.

In 1999, Odilón Vargas Pérez invited us to a meeting to share his experience of radio broadcasting with a single watt transmitter, which he had recovered from people who visited the School of Music. Pérez had tried several times to start a radio station in the community, sending productions to the Indigenista radio stations (public radio stations operated by the Mexican government aimed at Indigenous communities) and in the Oaxaca state stations. This is how we got involved in doing a live television broadcast exercise on Tlahui Channel 6, process that led us to consider the importance of this medium for promoting Indigenous cultures.

It took a lot of effort to do a 2-hour broadcast, including a lot of equipment and many people, but we persevered with the idea of starting an FM radio station. It was during the student strike of 1999 at Universidad Nacional Autónoma de Mexico that one of most significant movements at the end of the 20th century, Radio Ke-Huelga, was born: a university radio station managed by students in Huelga, which became an inspiration for other stations. That is how Radio Jënpoj started broadcasting. Thanks to the expertise of Radio Ke-Huelga, it was possible to launch the station in Tlahuitoltepec Mixe, Oaxaca. Now, after 18 years as an Ayuujk (Mixe) radio journalist, I see and hear many radio stations born in similar ways; some with the purpose of defending Indigenous lands, others to promote Indigenous cultures, others to say what they are not allowed to say in other places. 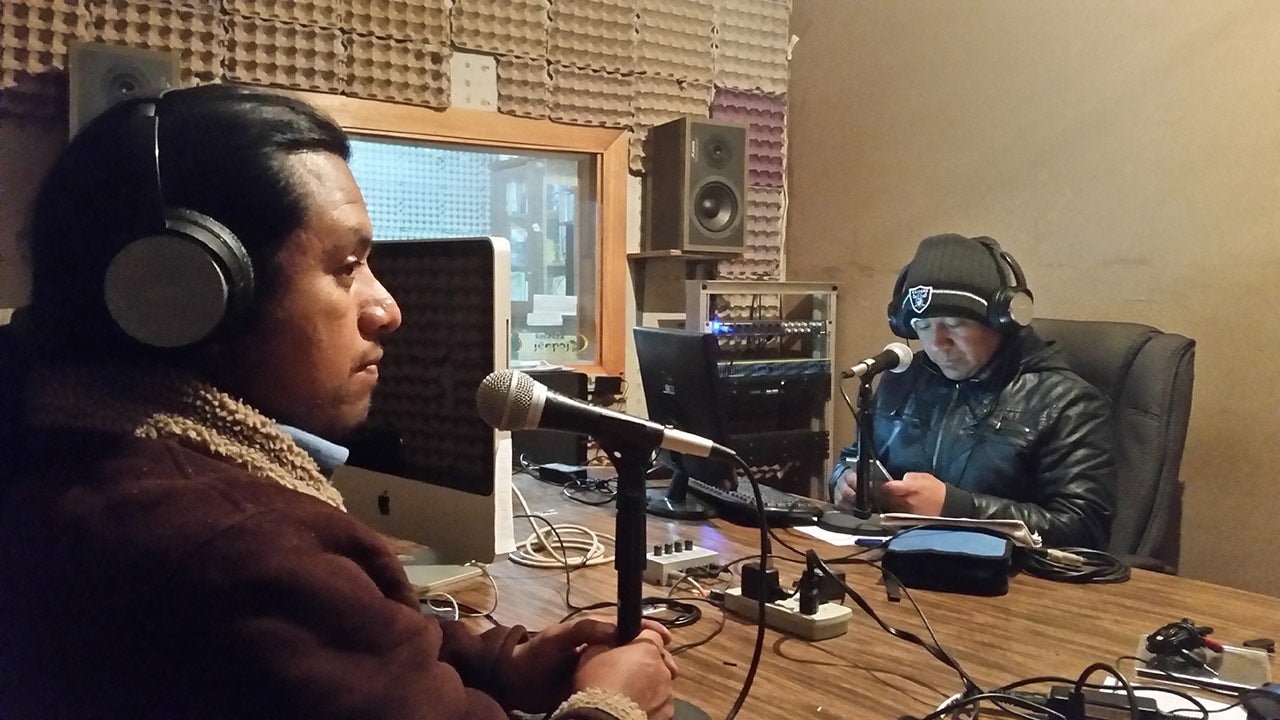 As a radio team, we began to understand the importance of communication for and about communities. It is not only operating the station—it is speaking our languages and naming things from our perspectives and our visions, who we were, who we are, and who we want to be as a people. Radio is an ideal tool for our peoples, whose cultures are very much based in oral traditions. Today, we share our experience in the management of Indigenous community radio, with all of the organizational, economic, programmatic, and legal implications. We are always looking for opportunities to weave the word with radio from Oaxaca, Hidalgo, and Guerrero, among others, to reaffirm that as Indigenous Peoples and communities, we can unify.

According to the National Commission for the Development of Indigenous Peoples, the Indigenous population in Mexico in 2015 was just over 12 million. There are 68 Indigenous languages spoken in Mexico with 364 variants belonging to 11 linguistic families, making it one of the most linguistically diverse countries in the world. Article 4 of the Constitution recognizes what we have demanded for decades: the right to administer, operate, and manage our own means of communication, recognized as the use of radio frequencies in Article 67 of the Federal Telecommunications and Broadcasting Law.

However, two factors have prevented these rights from being exercised and implemented. One is the historical relationship with the Mexican State, which has been to the detriment of Indigenous Peoples. We harbor a legitimate distrust of the offers of federal regulation of frequencies. The other is that Indigenous media remains a marginal priority for regulatory authorities, since commercial media that serves economic interests dominate their interest. Campaigns have been waged to discredit community media, and obstacles to legal access of radio frequencies have been put in place. We also believe that there is a lack of knowledge of the current law, which has caused community radio stations not to request official licenses. In the Registry of Granted Social Concessions of the Federal Institute of Telecommunications, 50 community broadcast licenses have been issued in Mexico. Only seven of these are granted to Indigenous stations.

Regarding the issue of security and the full exercise of our rights to freedom of expression, we continue to find incidents of violence toward community and Indigenous media. In the case of Indigenous radio stations in Mexico, those that hold licenses are not guaranteed sustainability, since the law has restricted the ways in which stations can raise funds through the sale of local advertising. On the other hand, radio stations such as Naxme in San Miguel del Progreso, Guerrero, continue to fight against mining, or the dispossession of territories for wind projects, like Radio Totopo in Juchitan, Oaxaca, and others, such as Xochixtlahuaca Guerrero, who battle against the local despotic powers, rely on the support of their audiences to sustain the stations. One issue central to all of them is the need for training and quality content. The needs of the stations are diverse; nevertheless, Indigenous radio is a necessary alternative to mainstream media.