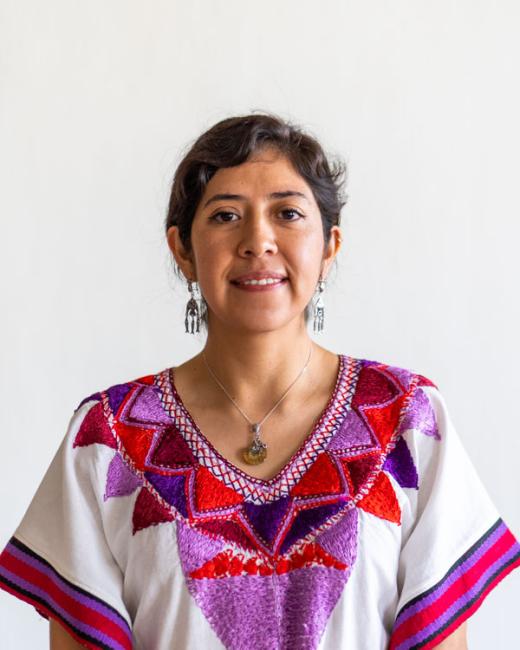 Guadalupe Pastrana (Nahua), Indigenous Rights Radio Producer, is originally from the Malacachtepec Momoxco community of Milpa Alta, southeast of Mexico City. Her community is one of the last surviving Indigenous communities in this area. She studied Communication Sciences at the National Autonomous University of Mexico, where she is now finishing her Master's degree in Latin American Studies. She has collaborated on community communication projects in Milpa Alta and in other communities, as well as organized community multimedia production workshops. She is the Producer and Scriptwriter of a radio series on Radio Educación, a Mexican public station, dedicated to raising awareness about the struggles and experiences of Indigenous Peoples in Mexico. Her community experience has made her certain that the conservation of land by Indigenous Peoples is the only way to ensure the continuity of life and in this journey, Indigenous Peoples having their own means of communication is fundamental. Contact Guadalupe at guadalupe.pastrana@culturalsurvival.org.