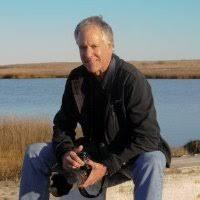 John J. King II is co-founder and managing director of The Common Flat Project, an organization dedicated to promoting the importance of earth’s biodiversity. His past professional career is wide ranging, including seven years working as a commercial fisherman on crab fishing vessels in Alaska’s Bering Sea and as a successful entrepreneur in the bio-pharmaceutical industry. In his early career, John partnered with scientists from the University of Washington to co-found IMRE Corporation, an immunotherapy company that pioneered treatments for autoimmune diseases. For the next 25 years, he held senior executive positions and helped develop several early-stage medical technology companies. He joined with oncology pioneers from the Fred Hutchinson Cancer Center in 1997 to launch Rosetta Inpharmatics. Rosetta was acquired by Merck & Co in 2001 where John then took a position as senior vice president, Research Planning and Integration with global responsibilities for Merck’s research division. John retired from Merck & Co in 2007 to pursue a life-long passion for travel and photography with a purpose. Now as an accomplished wildlife photographer and lecturer, John, together with his wife Pam, strive to inspire others to discover and protect the earth’s environment through their work. Their first book Wild Cape Cod, Free by Nature was published by Schiffer Publishing in 2012. John currently serves as a member of the Board of Directors for the Center for Coastal Studies in Provincetown, MA as well as the Board of Directors of the Atlantic White Shark Conservancy in Chatham, MA. He was previously an adviser to the Roy and Diana Vagelos Life Sciences and Management Joint Degree program at the University of Pennsylvania where he also received his BA degree in Anthropology in 1974. He lives in Chatham, Massachusetts.