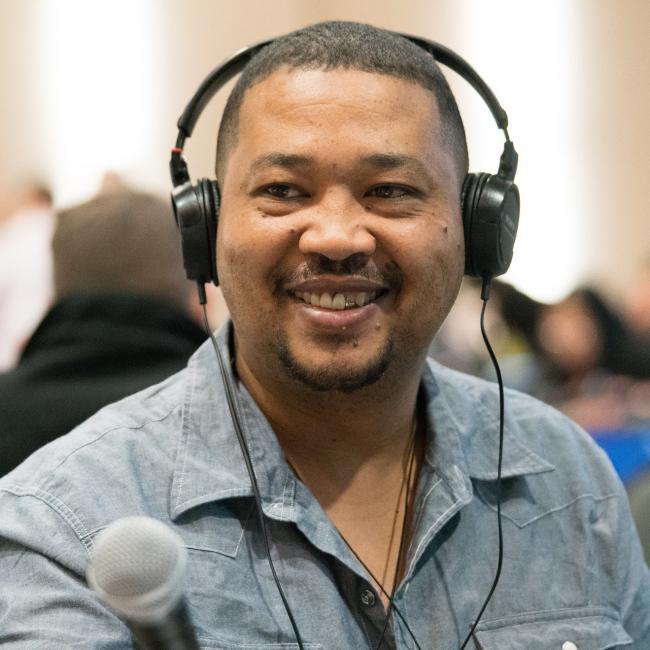 Shaldon Ferris (Khoisan), Indigenous Rights Radio Coordinator, started out in media by producing music videos. His work with Indigenous Peoples started in 2006, after he went on a countrywide journey to document the origins of his family surname "Damakwa" which is a Khoi Tribe of South Africa. On his paternal side, Shaldon’s San heritage can be traced to the Northern Cape, South Africa. His first film "Eldorado" premiered at the Durban International Film Festival and won an award in 2011. Shaldon became involved in radio when he started volunteering at his local community radio station, Eldos FM, eleven years ago in Eldorado Park in Johannesburg. Since then, his live show, “Cleaning up the House,” which airs weekly on Saturday mornings, has won numerous awards, and is the longest running weekly show on Eldos FM. The show is built on interaction from the community based on current issues. Contact Shaldon at shaldon.ferris@cs.org.