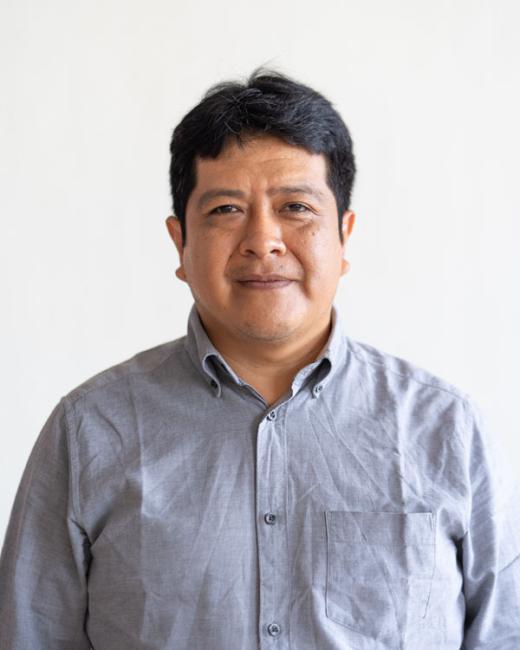 Cesar Gomez (Maya Pocomam), Community Media Program Coordinator. Cesar is from Palin, Escquintla, Guatemala. Palin is a Pocomam town that is located only 25 miles from Guatemala City. Pocomam was once a widely spoken language but, in Cesar’s words, “the colonial Spanish language media in Guatemala City have eroded our language and culture over time.” The Pocomam of Palin are an exception; they have maintained their language and many cultural practices. From a young age, Cesar has been involved in cultural revitalization in his community, as a founder and member of Cultural Association of Poqoman Qawinaqel. In 1999, Cesar started as a volunteer at the Palin community radio station where he worked for five years. In 2005, he was selected as a regional representative to the Association of Guatemalan Community Radio Stations. In 2007, he was hired as the Office Administrator of the National Congress of Community Radios. In 2008, he joined Cultural Survival as Content Production and Training Coordinator for the Community Media Program in Guatemala. Cesar is also the President of the Board of Directors of Asociación Sobrevivencia Cultural. He holds a degree in communications from the University of San Carlos, Guatemala. Contact Cesar at cgomez@cs.org.