What Is So Special about Indigenous Community Radio? 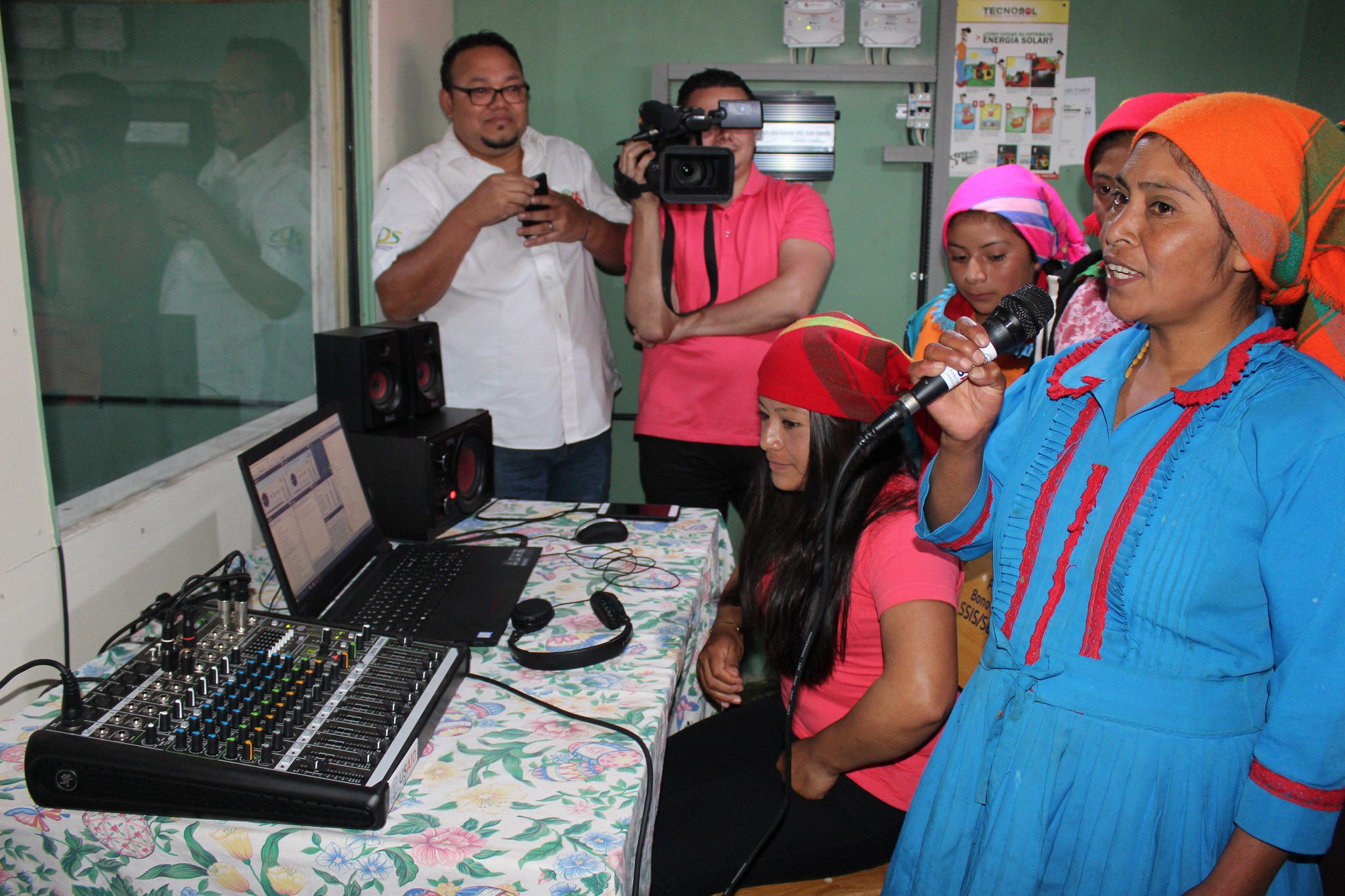 Radio is one of the most accessible platforms for Indigenous Peoples and, in many countries, this has resulted in an active community radio movement. Small, community-based radio stations may seem like an outdated mode of communication, but for many Indigenous Peoples the low cost of radio makes it the ideal tool for defending their cultures, lands, natural resources, and rights. Even in very poor communities lacking electricity, many people can afford a small battery-powered radio. High levels of illiteracy in many Indigenous communities prevent people from accessing information from print sources. And in many remote areas, Indigenous people, especially elders, may only speak one language, meaning that important messages broadcast in other languages in the mainstream media often do not reach this population.

On the first celebration of World Radio Day in 2012, former United Nations Special Rapporteur on the Rights of Indigenous Peoples James Anaya emphasized the importance of community radio for the world's Indigenous Peoples: "Radio has been a fundamental means for Indigenous Peoples to maintain their languages and to exercise and defend their rights. As recognized by the United Nations Declaration on the Rights of Indigenous Peoples, Article 16, 1. Indigenous peoples have the right to establish their own media in their own languages and access to all other non-Indigenous media without discrimination. 2. States shall take effective measures to ensure that the media duly reflect indigenous cultural diversity. States, without prejudice to ensuring full freedom of expression, should encourage privately owned media to adequately reflect indigenous cultural diversity."

In many parts of the world, despite the the risk of police raids, jail time, threats, and even death for community journalists, community radio stations serve a vital function by distributing information about important news and educational programming like emergency disaster relief, voter registration, and public health campaigns. The power of radio reaches even the most rural areas, providing Indigenous communities with access to programming in their own languages and serving as a voice that promotes their cultures, traditions, and belief systems. 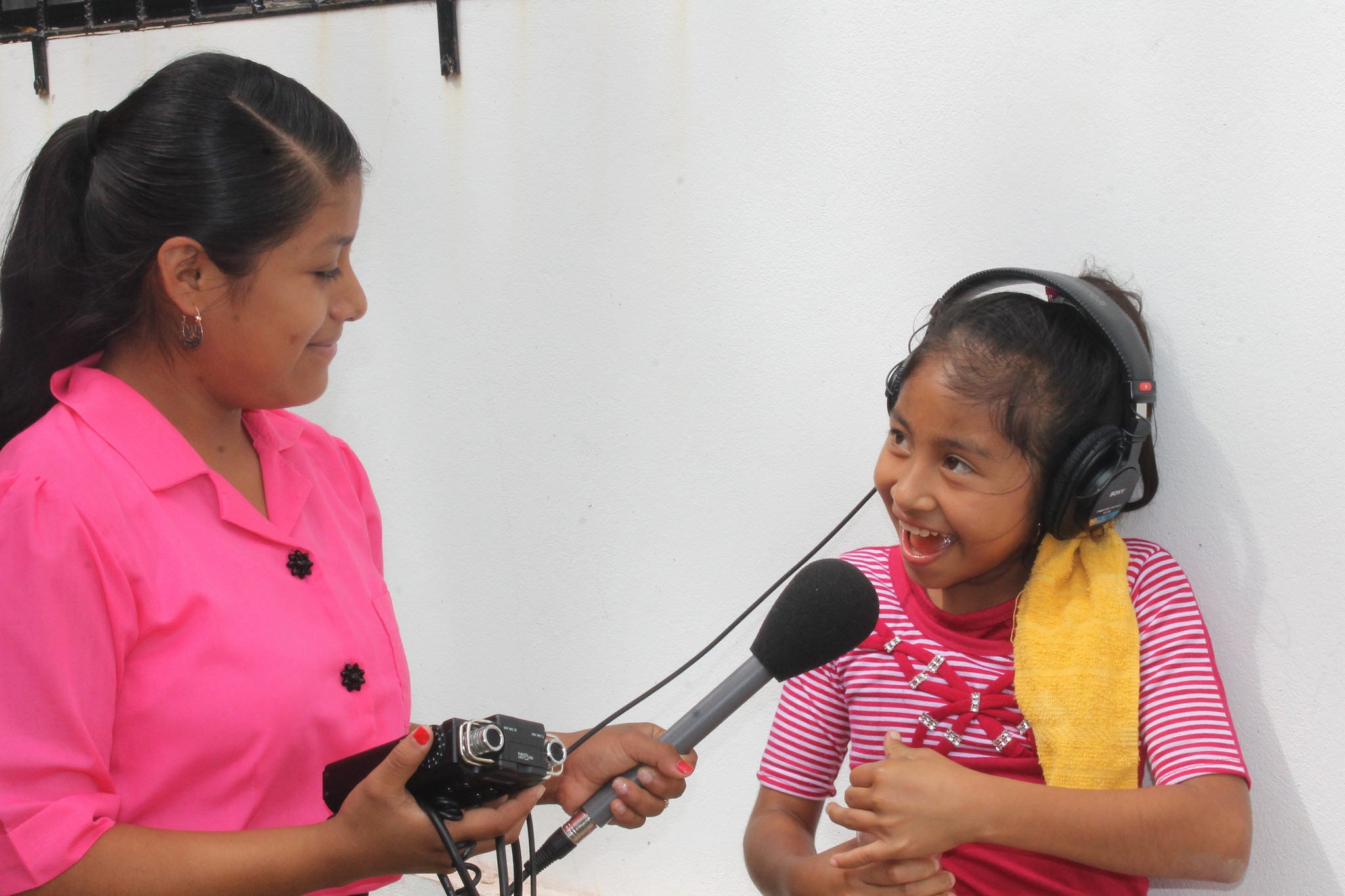 The international human rights systems – including the United Nations Permanent Forum on Indigenous Peoples Issues, the Expert Mechanism on the Rights of Indigenous Peoples, the Universal Periodic Review (UPR), and several Treaty Bodies and Special Procedures – serve in part to provide legal mechanisms for Indigenous Peoples to protect their rights. However, many governments in Indigenous Peoples’ home countries fail to recognize or uphold Indigenous rights. Often culturally, linguistically, and geographically distinct from mainstream cultures, Indigenous Peoples lack the financial resources and experience to demand a voice at the table and ensure that their best interests are represented.

Indigenous communities worldwide often do not have alternatives to state- and corporate-controlled media. They face challenges such as lack of access to existing national communications infrastructure, exclusionary national telecommunication laws, and in some cases government repression of their efforts to build and sustain community-based radio stations. In developing a media voice that represents their community, many Indigenous Peoples lack resources for capacity development and lack technical knowledge on radio as a platform. Radio is a reliable and cost-efficient tool for disseminating of news, information, education, and entertainment in parts of the world where media options are limited.

However, several countries still have laws that do not allow for any form of non-profit radio, including community radio. For instance, in Guatemala, only commercial and government stations are able to purchase radio frequencies. Obtaining a commercial license is done through a bidding process with the highest bid winning. As a result, the vast majority of Guatemala’s Indigenous communities are unable to legally operate community radio stations; only a rare few have been successful in the awarding of a frequency. Instead, many Indigenous communities operate community radio stations illegally, typically borrowing frequencies that are not in use, but always under the threat of raids, confiscation of costly equipment, and imprisonment by government officials. Indigenous communities have been working together to push the government to change these discriminatory laws.

According to many linguists, half of the world’s 6,000–7,000 languages will be gone in the next century, and Indigenous languages are at the forefront of those going silent. When a language is lost, we lose more than just a grammatical system or a vocabulary. Each language represents a unique worldview or cosmology. Languages embed knowledge about cultural values, spiritual practices, and ancient knowledge accumulated through long-term interactions with natural environments and resources. In losing a language, we lose part of our cultural diversity and a priceless record of local biodiversity.

The United Nations has proclaimed 2019 as the International Year of Indigenous Languages to bring attention to the urgent need to preserve, promote, and revitalize endangered languages. The UN continues to stress the need to strengthen the commitment of its Member States to mainstream the protection of Indigenous Peoples’ rights into development policies and programs at the national and international levels.

While language documentation is undeniably important, no dictionary, database, or static audio recording can match the importance of creating fluency. And this is where community-controlled Indigenous media, especially community radio, comes in. While there are few quantitative studies to substantiate the methodology of coupling language revitalization efforts with Indigenous language radio in stopping language decline, there is ample proof in the communities themselves.

To save a language, it must be transmitted to the next generation. Radio raises the prestige of a heritage language and instills pride in younger generations, solidifying the fact that their language is relevant, living, and useful—not a relic of the past. In many Indigenous communities around the world, people already listen to the radio daily. Even if they do not, it is relatively easy to create the necessary infrastructure for a community-based volunteer-run station. The efforts of immersion classes and traditional forms of language revitalization can be greatly amplified through the use of radio. 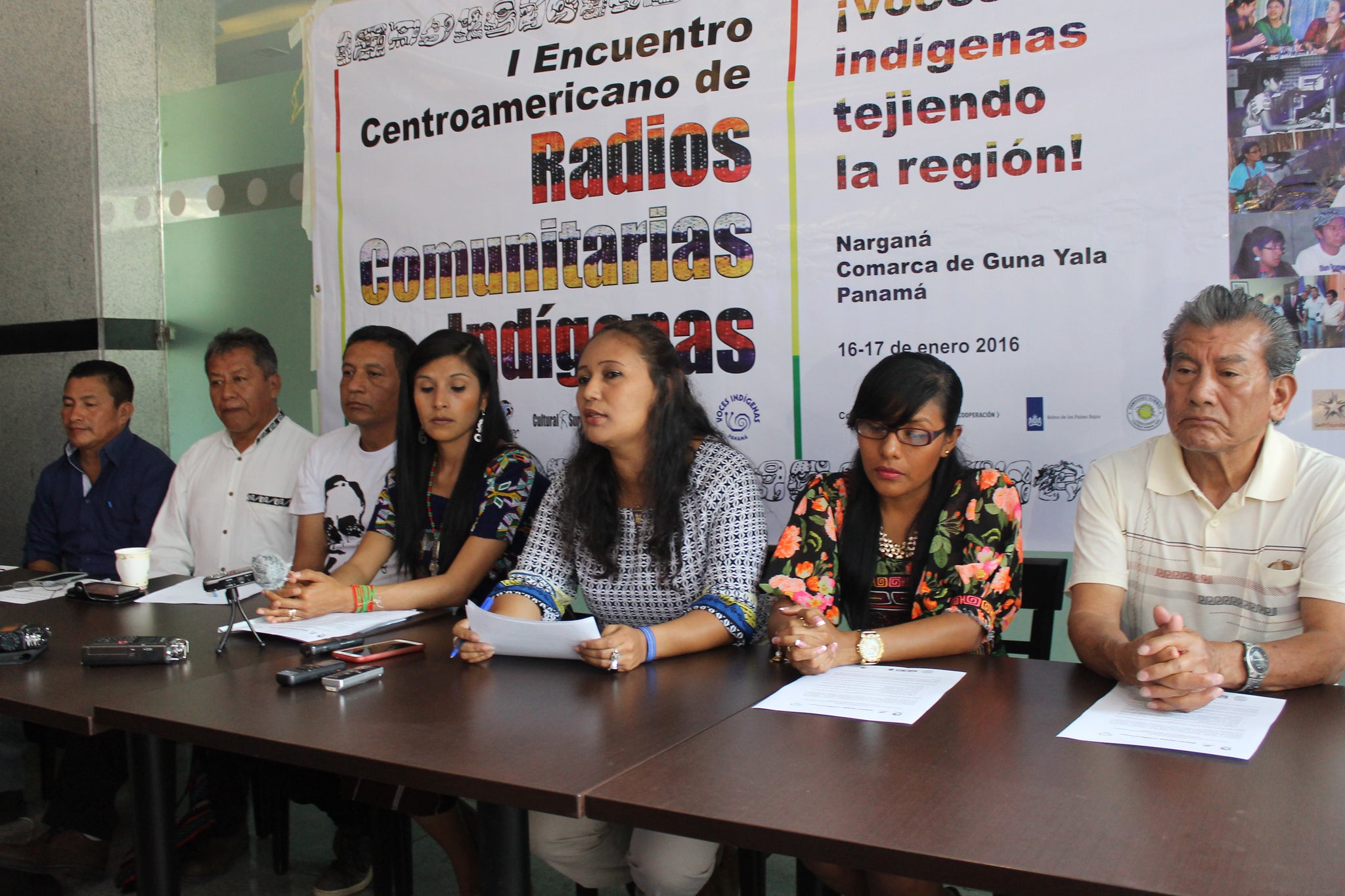 In many countries around the world, radio broadcasting remain largely a male dominated space and transformation has been a slow process. Female radio workers are often subjected to offensive behavior and sexist comments. At Whalecoast FM in South Africa, station manager Dayne Nel says she experiences discrimination daily. "It is funny that when people call to speak to the station manager and I answer the phone, they sometimes keep quiet, or ask again for the station manager, and I have to explain to them that that is who they are talking to. They usually expect a male voice."

Indigenous women in Central America continually experience discrimination based on their ethnicity and gender. The field of community radio is no exception. Indigenous women have almost always been relegated to the lowest level tasks and excluded from decision making, with the largest gender disparity remaining at the decision making levels. This means that women’s voices are not taken into account regarding programmatic content, economic sustainability, or strategic planning. As a result, most Indigenous community radio stations lack content promoting gender equality, addressing issues that are of interest to women, or educating on women’s rights. Over the years, Indigenous women community broadcasters from across Central America have expressed their concern for, and interest in, the advancement of Indigenous women’s rights, while recognizing the limitations of their own cultures where women are often discouraged from participating. After years of women’s activism, increasingly radio stations are acknowledging of the importance of female participation.

Cultural Survival promotes Indigenous women’s voices and leadership by organizing trainings aimed at strengthening the participation of Indigenous women in community radio. The goal of the trainings is to increase the knowledge of women in journalism and radio production and plan a path from empowerment to leadership. As a result of the trainings, several women have produced their own radio programs for the first time. "In my 12 years of doing community radio, I had never had the opportunity to produce my own radio pieces. This was a task delegated and assumed by men, and therefore I came to think it was something complicated. However, now with this workshop, I learned not only how to do radio production, but also realized that there is nothing that a woman cannot do, if approached with dedication,” said Petronila Ch’umilkaj Tax, a radio volunteer from Radio La Niña in Totonicapán, Guatemala.

Although the participation of women in most community radio stations is still not widely deemed as a priority, there have been some positive changes. Both the directors of local community radio stations and other organizations that partner with Cultural Survival in the Central American Indigenous Radio Network have begun to consider women’s participation as something positive and as an asset. As a result of the trainings, there are 20 radio programs available on women’s issues produced by the participants, addressing issues of importance to women and Indigenous Peoples according to the context of each community and respecting the cultural practices of each region and country. These programs will be aired at the women’s home radio stations, enhancing the programming of each station. In addition, the women who participated in the workshops are equipped with a greater sense of hope, knowledge, and empowerment that will drive them forward in their work. As many participants pointed out, being able to name certain social injustices is an empowering first step to identifying and working toward their solutions.

The Future of Indigenous Community Radio

New technologies are leading to major changes to Indigenous community radio. The growth of broadband internet for online streaming, satellite radio, and the spread of low-cost digital technology have made radio more accessible. Alternative platforms such as SoundCloud and TuneIn are also becoming affordable ways to share programs. New online stations and audio resources appear constantly. However, many Indigenous communities continue to have limited access to communications technologies for financial or political reasons. Even in the United States, where 77% of the population was online in 2010, many Native people still have to rely on dial-up internet services. This lack of infrastructure underlines the importance of radio to these communities.

Despite international protections, in many places around the world, Indigenous people are officially prohibited from broadcasting their views and languages on air. Community radio stations serves as a voice for those who wouldn’t otherwise have access to information relevant to their local areas. The continued existence of Indigenous community radio stations despite the overwhelming obstacles that stand in their way shows how important these stations are to their communities.

This Summer Cultural Survival will be releasing a report on the State of Indigenous Radio in the World. Stay tuned!