What Are Cultural Survival Media Youth Fellows Up To? An Update on their Projects 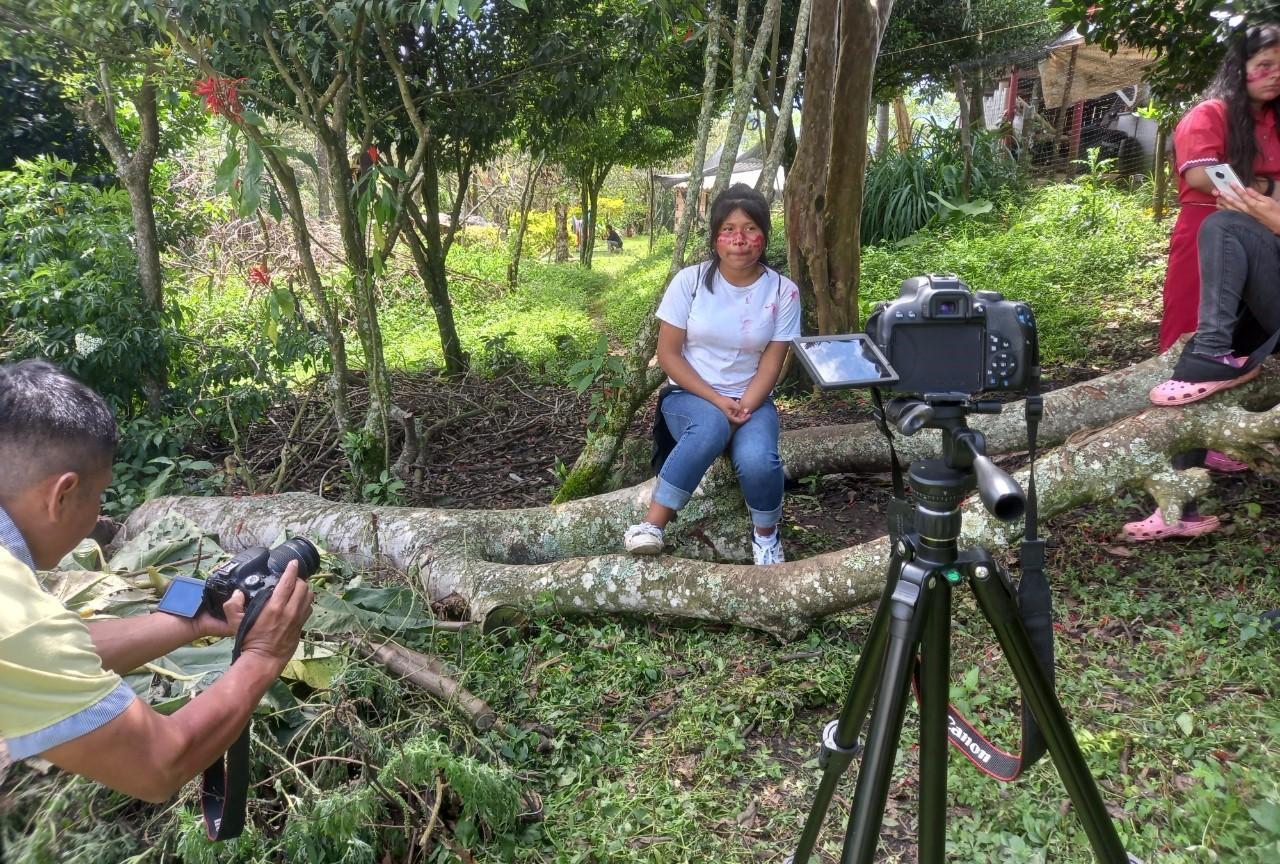 Our Fellowship Program supports young Indigenous leaders between the ages of 18-25, who are eager to learn about technology, program development, journalism, community radio, media, and Indigenous Peoples’ rights advocacy. This is the fourth year of the Fellowship Program, which has awarded grants to 43 youth to date. The capacity of the fellows is built through training, community radio station exchanges, and conference attendance.

This fellowship is an opportunity to assist fellows to represent the voices of their communities and bring awareness of local issues to global conversations through their proposed projects, all the while strengthening their cultural identities and leadership. Here’s what the 2021 cohort has been up to and the work they are doing in their communities. 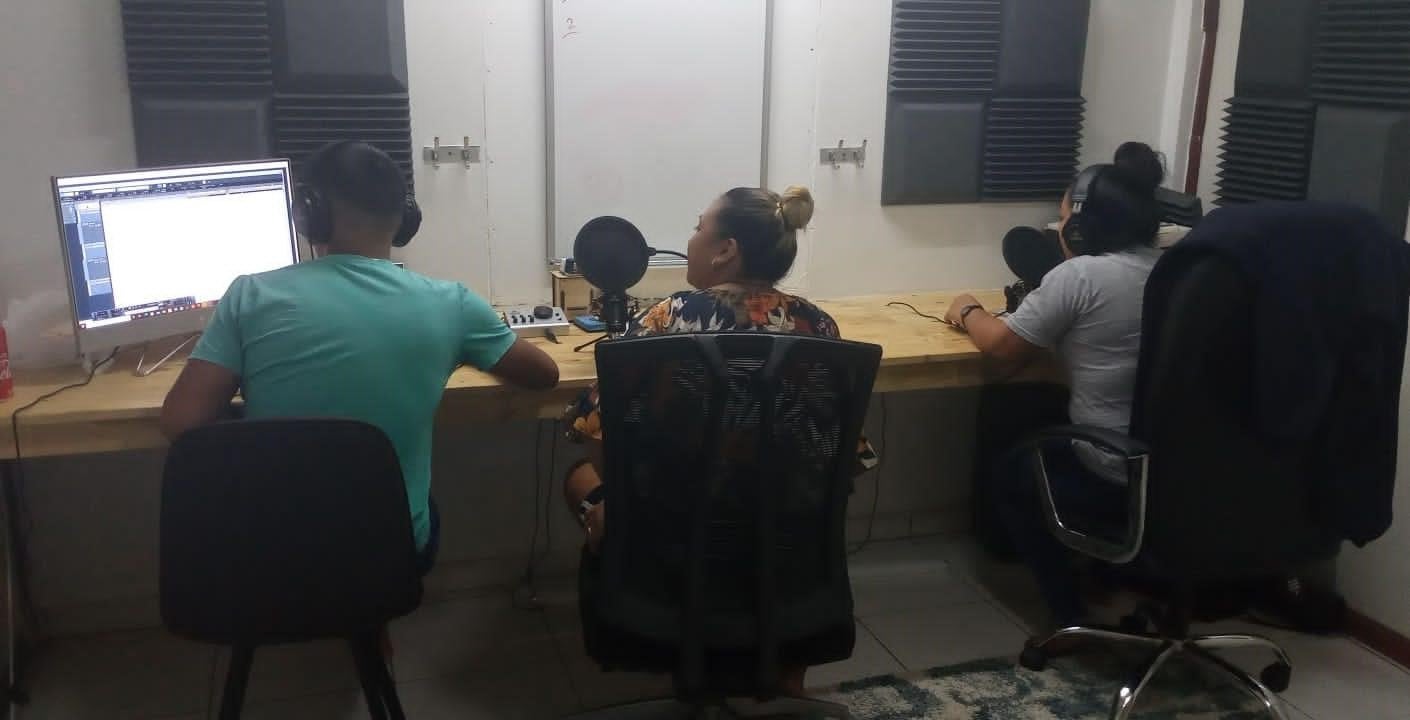 The Wayana youth have completed two episodes of their podcast series titled Ëhepïtïhnë më wayana peinom ulë teihamo foto po (Four Wayana Youth in the City). The episodes discuss the themes of Wayana culture, education, and city life, highlighting their experiences and sharing stories of the past. Many Indigenous communities were and are displaced by colonial settlers who occupy their ancestral territories. In Suriname, the Indigenous Peoples make up approximately 4 percent of the population. The fellows have spent the majority of their lives in the city growing up in two worlds; one of their ancestors and the other of the colonizers. This podcast series is an avenue for the fellows to share their lived experiences and the importance of maintaining their cultural roots. Gio, Lisa, Jennifer, and Dijon with special guest Kelista are the youth involved in the production of the podcast, which you can access via SoundCloud or their YouTube channel Mulokot Wayana Radio Podcast. 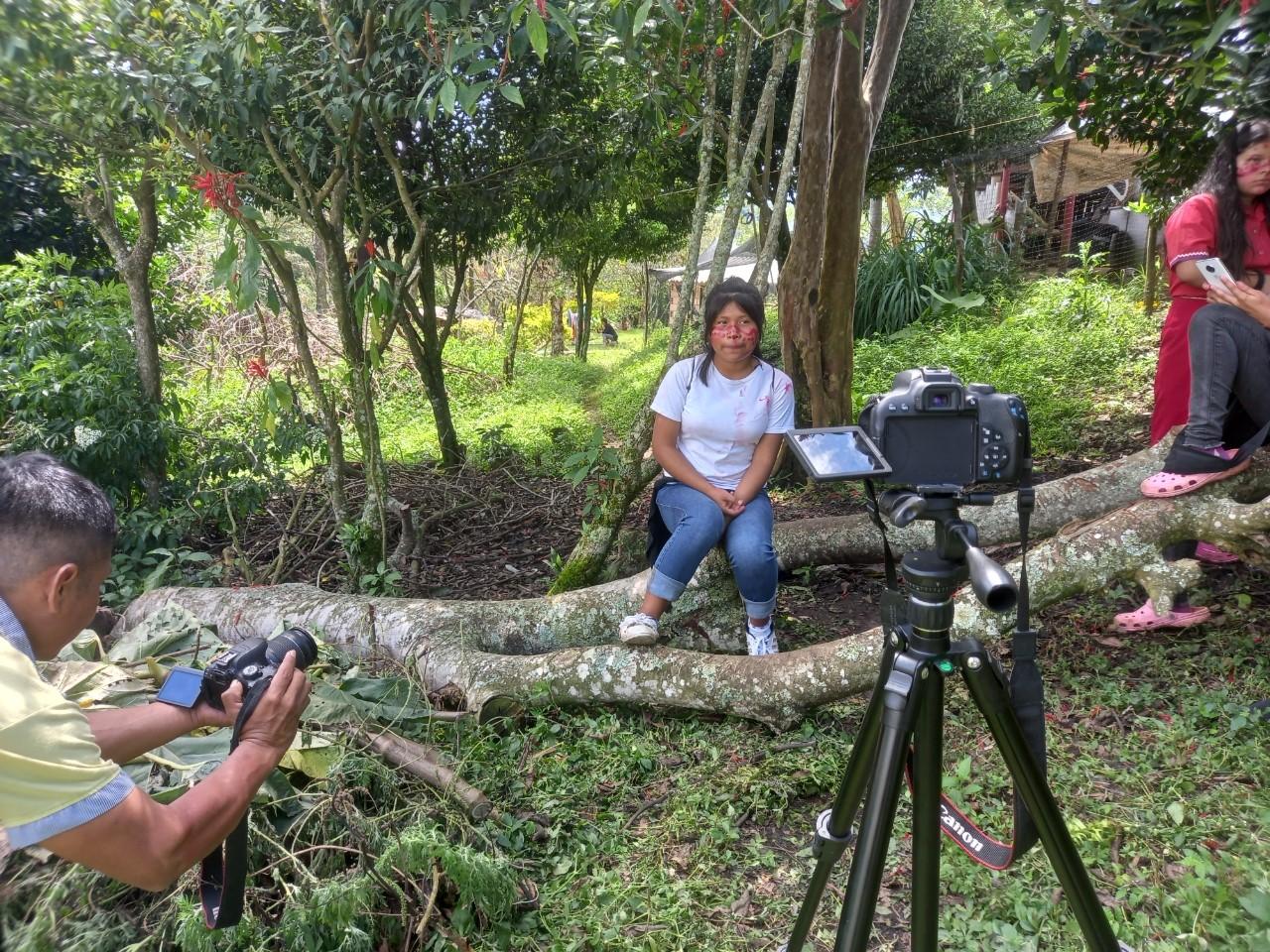 Lina’s fellowship project, titled Jimbusu Communication Training School (Pis, Colibri), built the capacity of Indigenous communicators in technical, theoretical, and conceptual areas of audiovisual and radio production throughout three workshops. Seventeen young people between the ages of 10-25 were part of the project which was held from May to November 2021. The content of the productions aims to recover, strengthen, and promote the cultural expressions of the Senú and Chami Peoples.

Lina says: “It is very difficult for Indigenous women to be heard but thanks to the increasing use of media and social networks to raise awareness and defend their rights as women, we are being heard. This way, knowledge is being transmitted orally through many generations. We are the protectors and guardians of cultural values with our weavings, dances, and also our stories. Indigenous women also have the right to establish our own means of communication, in our own languages, so we don't lose our traditions.” 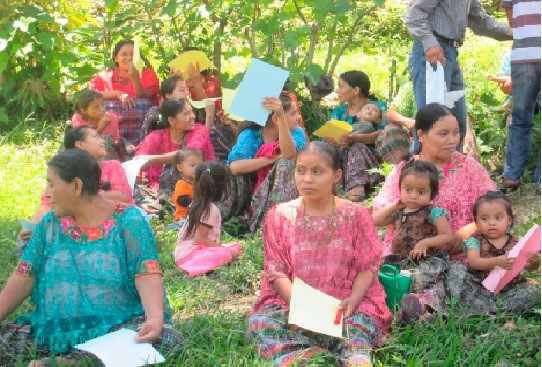 Nikté’s fellowship project, entitled Women Communicators in Guatemala, aims to involve women in spaces of community participation and communication so that patriarchal and oppressive ideas within the community disappear and are not normalized. She developed this project in the community of Sierra de Las Minas and another goal of the project is to restore land damaged from natural resource exploitation. Nikté hoped that the workshops would build the participants' self-esteem along with comprehension about issues affecting their territories to support them in their land struggles in their region. She has completed her project and organized the final capacity building workshops for Maya Poqomchi´ community members and youth.

Nikté’s project spanned from April to October 2021 and during those months she built skills in radio so that the programs developed by participants respond to the interests and needs of the community. To identify these areas, she organized dialogues with large numbers of community members. Participants learned and practiced scriptwriting for radio programming and community journalism, exercising their right to freedom of expression and overcoming their fears to use their voices. 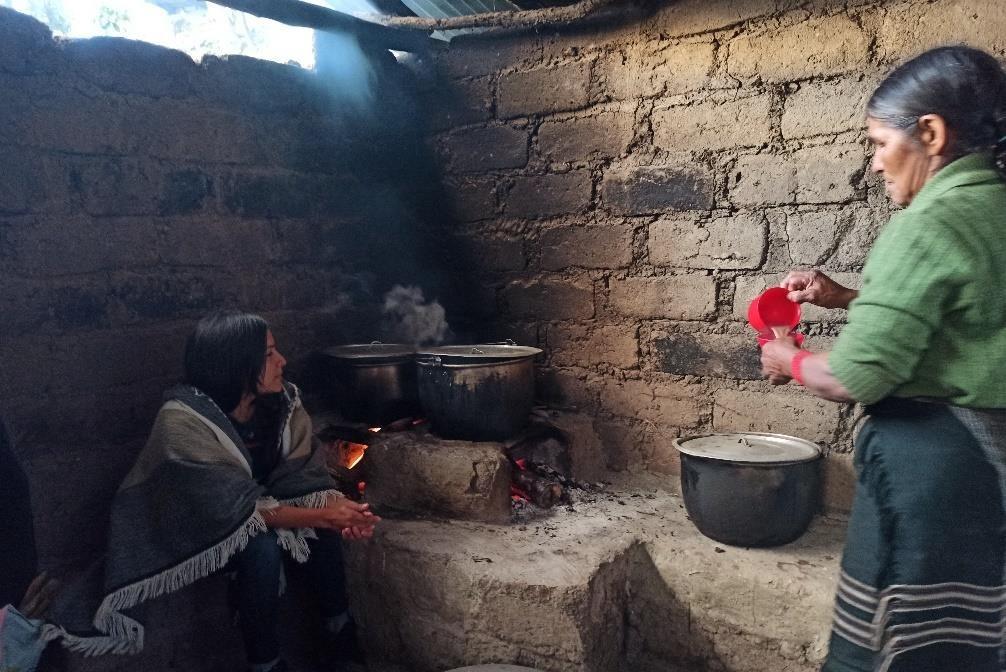 Erika’s fellowship project, titled Radio Novelo in Revitalizing the Oral Story and Memory of the Inga Peoples, will be aired as a radio drama on the Ñugpaman Parshlapuasunchi program at Inga Estéreo 98.1 FM. Through the project, Erika seeks to document and share Inga memories, myths, and legends. These mingas (conversations) around the tulpa (fire) will strengthen the use of the Inga language, giving voice to Inga narratives with a decolonized communications lens.

The first meeting was held in the community of Granadillo with the accompaniment of grandmother Peregrina Janamejoy who shared many ancestral stories. Children were able to talk, ask questions and determine their interests, and become familiar with the stories of the grandparents. The Inga Peoples of Aponte, as descendants of the great Inca Empire, seek to maintain their own language derived from Quechua and it is through sharing and connecting with their grandparents that they are able to do this. Oral tradition is very important in Indigenous communities since it allows for dialogue with each other and keeps ancestral memories alive.

Erika visited with women knowledge keepers to find new stories to share. “Our community has a large population of women who are the bond and union of the family. It is in front of the Tulpa (fire) and in daily life that anecdotes, stories, and reflections are shared with families and also with visitors,” she says.

Other traditions such as kambalachi were revitalized as well.  Kambalachi consists of bringing something to share with others. The children brought food such as arepas de mote, crisps, roasted peanuts, granadillas, and corn on the cob. They left telling stories and spoke with the participants who shared those stories. After listening attentively, they posed questions such as “Grandmother, what is the elf like, what do you give it?” These events helped to demonstrate that the mingas are part of the spiritual life of the community. Erika reminded the children to speak talk with their grandparents and parents to collect other stories with the characters they learned about at these meetings. 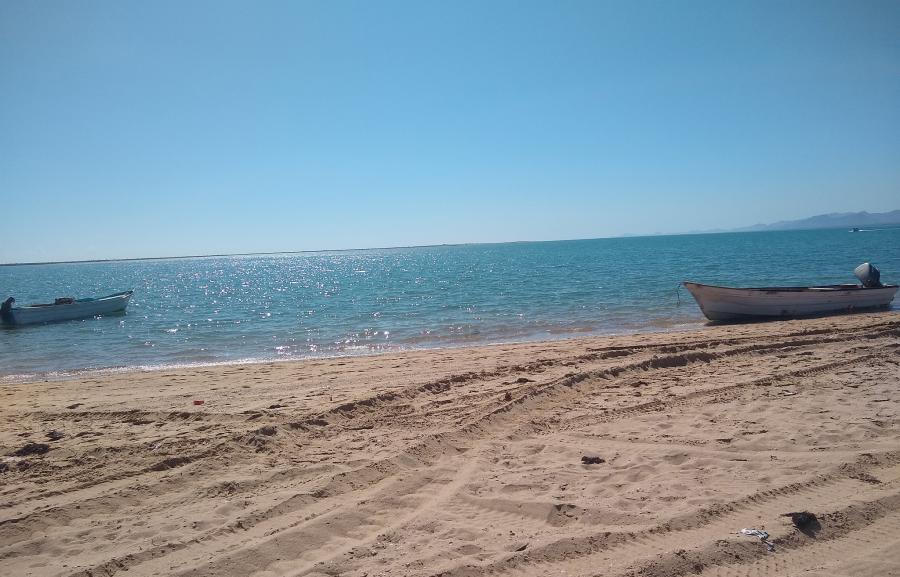 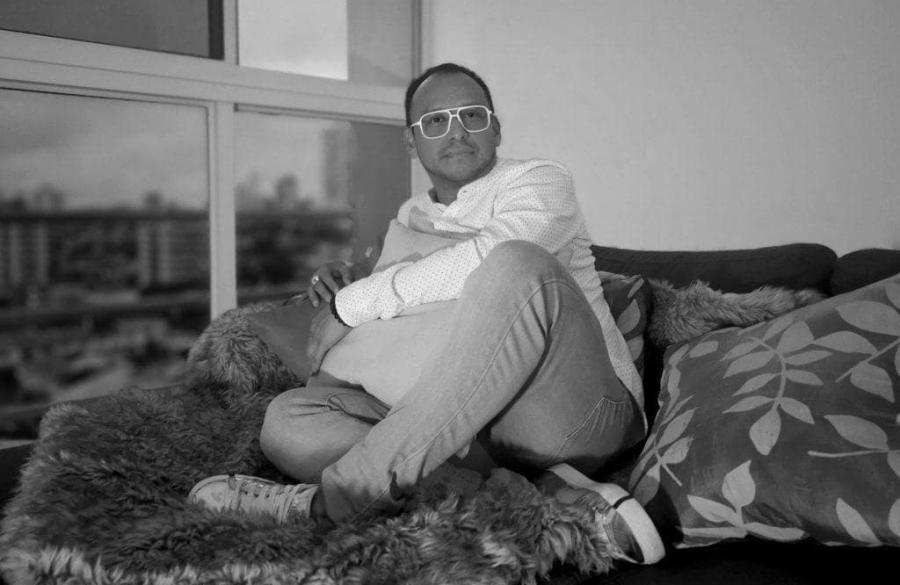 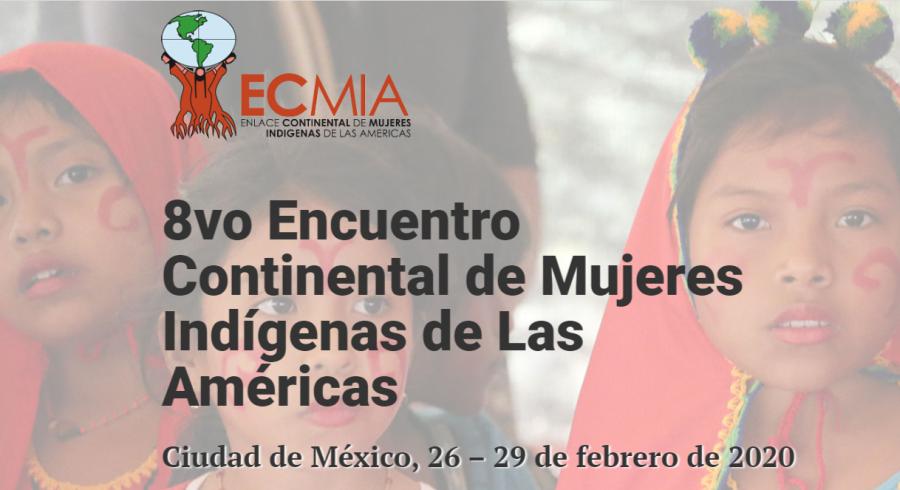