West Papuans are Protesting for Self-Determination 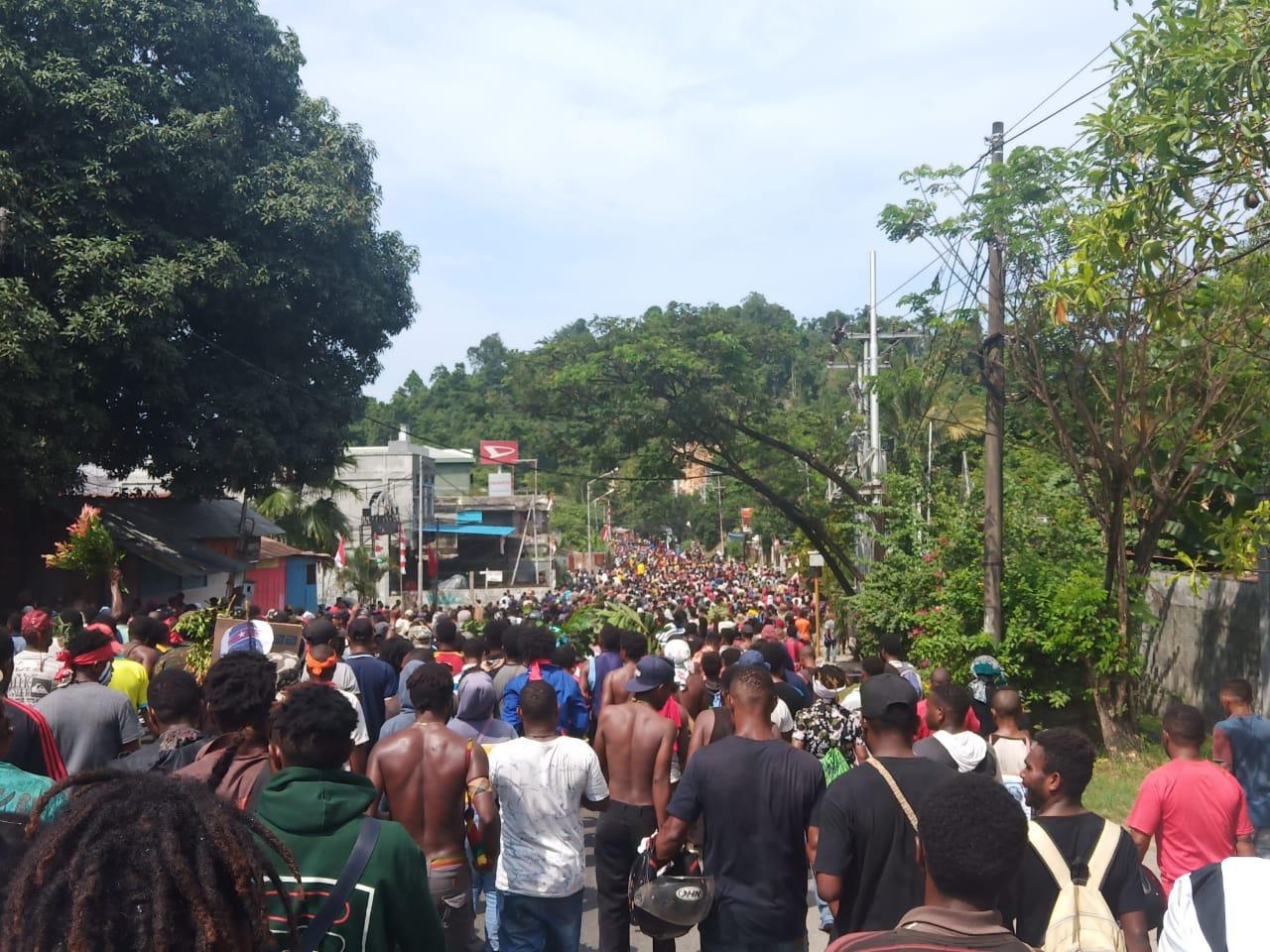 Since August 19, 2019,  a match of dissent has been lit in West Papua with protests spreading like wildfire. Indonesia’s easternmost region has seen a resurgence in demonstrations from the locals demanding accountability from the spate of abuses by the state and renewing their call for complete independence

Initially a reaction to the racial slurs hurled at West Papuan students in the city of Surabaya, the mounted movement has snowballed in most cities of the annexed territory. However the messaging of the uprisings has been spurned beyond that of racial tensions into clamour for the longstanding yearning of Papuans for genuine Independence.

Taken in by Jakarta in 1963, Andreas Harsono of Human Rights Watch says that the capital has sabotaged any significant attempt at autonomy by the province. No surprise then, that an incident of localized conflict can trigger action that questions the very relation between Indonesia and West Papua.

Youth on the March

This current wave of rallies is unmistakably led by youth and students. Universities serving as hotbeds of indignation, despite the fact that many school administrations and faculty are urging calm and order from their students according to Samuel Womsiwor, Chairperson of the Jayapura chapter of Gerakan Mahasiswa Pemuda Rakyat Papua or the Papuan Student, Youth and People’s Movement.

Most of the organizing on the ground has been done without the aid of social media, with the Indonesian government having implemented an internet blackout since August 21. Just last week it restored the connection to most of West Papua except Jayapura, the provincial capital and Manokwari where some of the more militant actions have taken place.

Womsiwor explains that while the intent of their demonstrations are inherently peaceful, there are spontaneous elements to it that led to the burning of some buildings owned and/or operated by Indonesians. No civilians were hurt.

Crowds ranging from 1,000 to 5,000 have been regularly gathering around three times a week sustaining the outrage from the locality. Without help from digital means, Womsiwor says they have resorted to offline endeavours to continue agitating fellow students in particular. Although he revealed that more and more parents and professionals have been seen at the marches.

Leaflets are regularly printed and distributed by the day and in the thousands, bearing updates from the Indonesian capital and a tit-for-tat engagement calling for greater resistance.

West Papuans have also managed to reclaim derogatory slurs hailed at them like “monkey” and used it for campaign purposes. Many of materials for agitation and slogans carry the phrase “you can call us monkeys but we are better humans than you,” in response to the ill treatment and historical abuses committed against their people, or quite simply the catchphrase “monkeys fight back.”

Outside of the region, support has also been gaining ground. Civil society groups like the Front Indonesia Rakyat untuk West Papua (FRI-WP) or the Indonesian People's Front for West Papua have held a steady campaign of solidarity. In doing so have become targeted by state forces, as the group’s spokesperson Surya Anta Ginting was arrested earlier this month along with seven other activists and students.

The Civil Society Coalition for Democracy condemned this act branding it a “threat to our democracy which Indonesians have fought for since the reformation. Besides leading to further race discrimination, this may also exacerbate existing tensions and further endanger civilians in Papua.”

They called for “the immediate pull-out of Indonesian troops and police in West Papua as they did not and definitely will not resume the ‘peace and order’ but will only exacerbate the violence against Papuans as proven by this latest massacre.”

Womsiwor noted that the violence is definitely escalating. Prior to the massacre they mostly had to deal with the military policy of “Horizontal Conflict” in which protests were treated passively by soldiers, but subsequently follow, intimidate and arrest purported leaders and agitators of rallies. This method also enlists civilians, arming them to be a state-backed militia. “Jayapura is already like a war zone. Every street there is the presence of heavily armed soldiers or militia. A de facto curfew has been imposed while the spread of information is tightly monitored by those in power.”

Triana Wardani, Secretary General of the progressive women’s group Seruni based in Jakarta calls for an evacuation on Papuan citizens currently outside Papua to ensure their safety, women especially. “Papuan women suffer the most also as Indigenous Peoples, and as farmers they experience multiple or triple the discrimination and oppression by the state.”

Heart of the Storm

Central to the tensions is the hard stance of the Indonesian capital on genuine or full autonomy. Harsono believes that dialogue between genuine representatives from West Papua is needed as well as the immediate accountability of the government for the force it has employed.

Last September 10, President Widodo met with 61 Papuan leaders in Jakarta to discuss reforms his administration planned to undertake. These included granting more jobs and government posts to people from the provinces in question.

However, Womsiwor maintains that the President’s attempts at quelling discord are “rubbish” given his bad record of fulfilling promises in West Papua. “An end to violence was promised many times, but the President is more concerned with image building in relation to the matter. Even his meeting with those ‘leaders’ was a sham as nobody actually recognizes them as representatives of our aspirations as a people.”

Seruni has also actively been participating in support campaigns for the provinces in conflict. They noted that while there are sections of the Indonesian population sympathetic to the calls for self-determination and genuine autonomy in West Papua, many feel that the racially driven attacks at the minimum should stop. Something which the commander-in-chief has also failed to address she says.

“Widodo made an insincere apology. He made the situation worse by increasing the deployment of the army and police. These situations add to fear and unrest, that’s why the killing happened recently because Jokowi didn’t listen to the Papuan people to pull out the troops from West Papua,” said Wardani.

--Michael Beltran is an activist and freelance journalist from the Philippines.